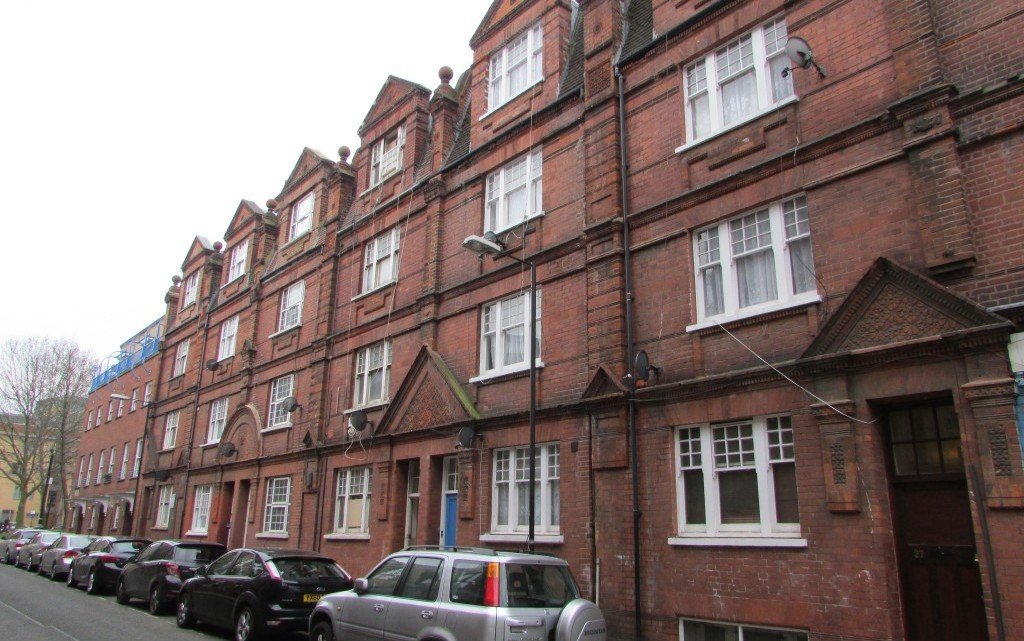 The eastern part of London includes either the East London, which is a part of the Greater London area, or the East End, which would be the eastern part of Central London, and we went around both of these areas in order to find out which are the best hotels in East London. Booking an accommodation in these parts of the city is definitely a good choice if you’re a tourist since there are plenty of major attractions to see here. One can head to the gorgeous flower market on the Columbia Road, pay a visit to the well-known Whitechapel Art gallery, go and see the stunning Olympic Park of Queen Elizabeth, take a look at the displays of the Geffrye Museum, visit the Lee Valley park, and many other famous attractions and landmarks. In order to do this, one has to book a room at one of the East London hotels – which isn’t an easy task to do since there are a great number of them. This list is here to help you with that – we bring you the thirteen of the best East London hotels, with some of them being among the best hotels of the entire city. 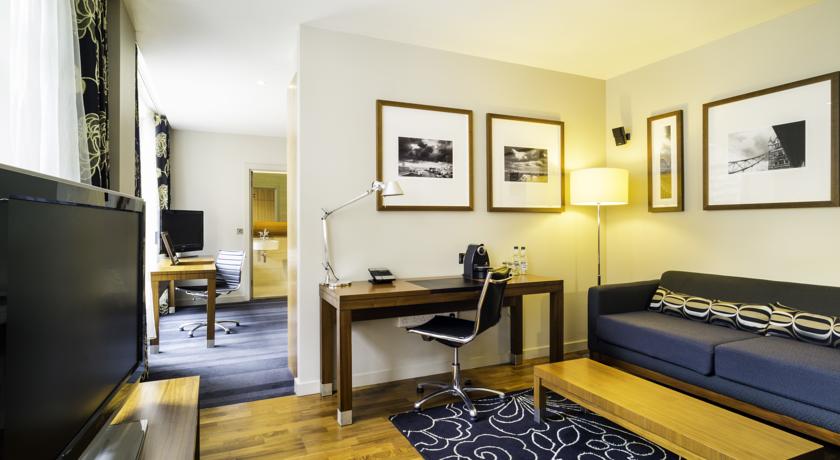 The first hotel on our list is the Apex, located at the Seething Lane, very close to both the Tower of London and to the St. Paul’s Cathedral, which makes this place a perfect base for those about to explore London. Accommodation is great – the guests will find that the rooms are very stylish and modern, coming with all the amenities and some extras. The Apex also has a very nice restaurant that has both the outdoor and the indoor seating. 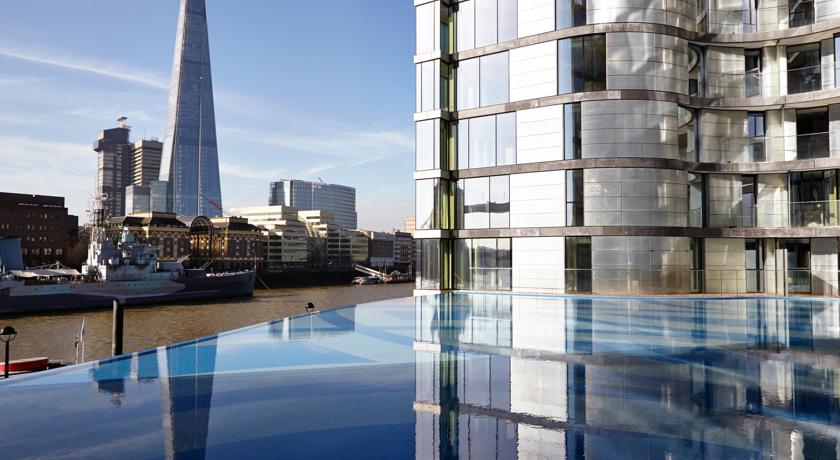 One of the many Cheval hotels that are situated all around London, this hotel can be found on the Lower Thames Street, having some very modern rooms that are equipped with kitchens (fully stocked), en-suite bathrooms, and with the sitting areas that have large TV screens. The Cheval Three Quays also has the upgraded rooms, which add the extra bathrooms and balconies. Let’s not forget that this hotel also has a 24-hour concierge and that it’s only five minutes away from the famous Tower Bridge. 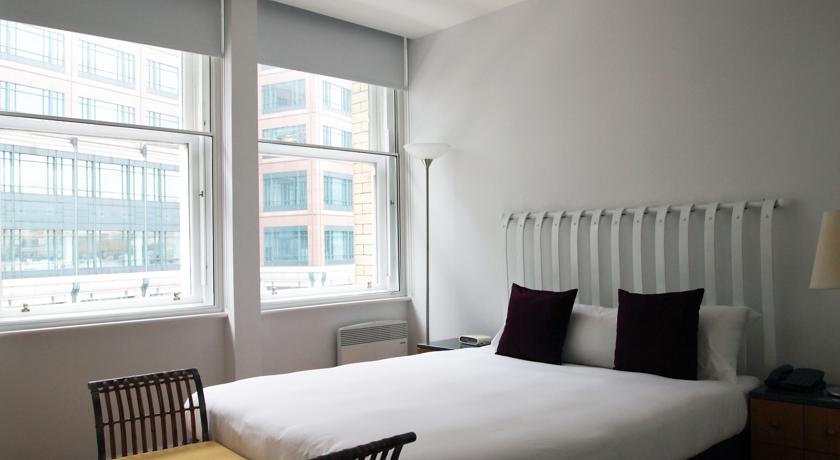 The next hotel on our list is more of an apartment-hotel, offering the accommodation in its beautiful apartments that come with things such as the washers, dryers, fridges, and stoves, and also feature the air-conditioning and the free access to the Internet via the Wi-Fi connection. Other amenities of the 196 Bishopsgate would include the daily maid service, as well as the on-site gym which is free to use. This hotel is also close to transport stations, with the closest of them being the Liverpool Street station. 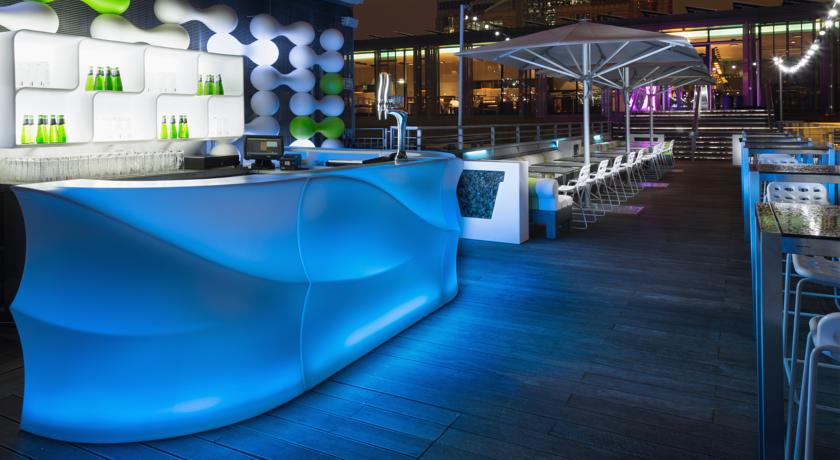 As you can see from the name, this is one of the Hilton hotels, which guarantees the quality of the accommodation. It is located on the Pepys Street, and, as the name says, the hotel is very close to the famous Tower of London, as it takes only seven minutes of walking to get there. The DoubleTree Hilton – Tower of London features the chic rooms, a rooftop restaurant (with a bar), as well as the business center with meeting rooms. 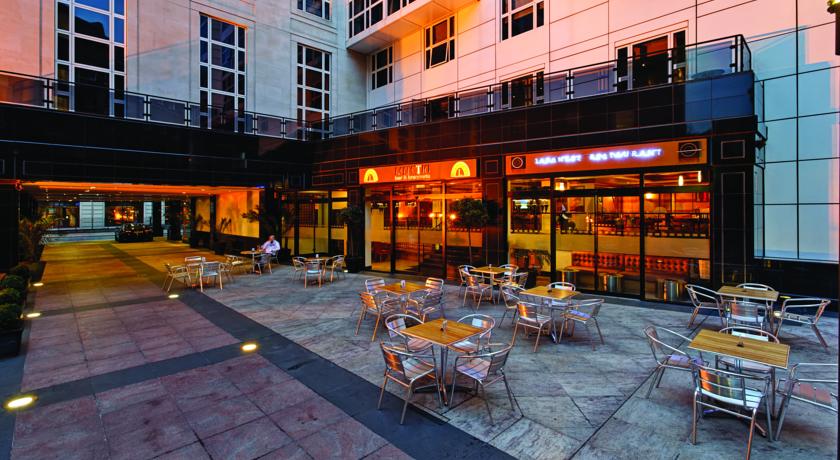 This is where we come to the Grange City Hotel, situated on the Cooper’s Row and being very close to the Tower Hill station. It is one of the best East London hotels as it plenty of amenities – two restaurants (a Japanese one and a Mediterranean one), the brasserie, the cocktail bar, as well as the combination of the spa, whirlpool, and the indoor pool. The rooms are classic and come with Bose sound systems, free Wi-Fi connection, and flat-screen TVs. 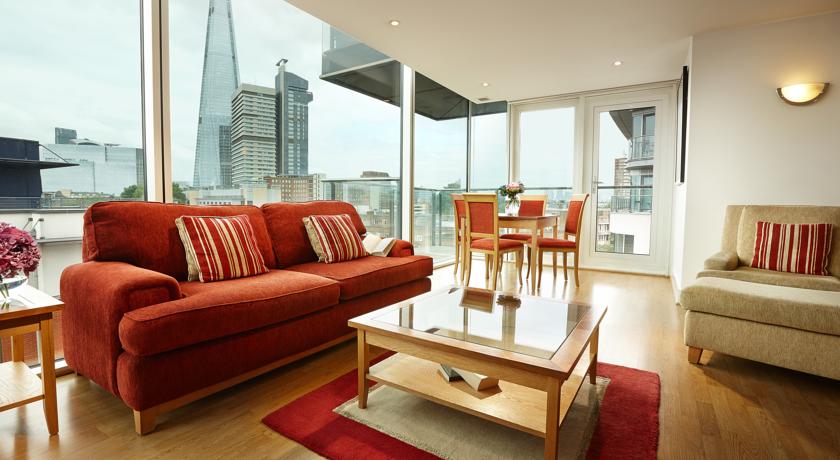 You have probably heard about the Marlin Hotels – they can found everywhere around the United Kingdom. This particular hotel is situated on the Commercial Road, and it got its name because it’s very close to the Aldgate East station, allowing the guests to easily access other parts of the city. The rooms, or should we say – the apartments – of this place are very stylish and chic, coming with amenities such as the free Wi-Fi connection, designer toiletries, TVs and the DVD players. 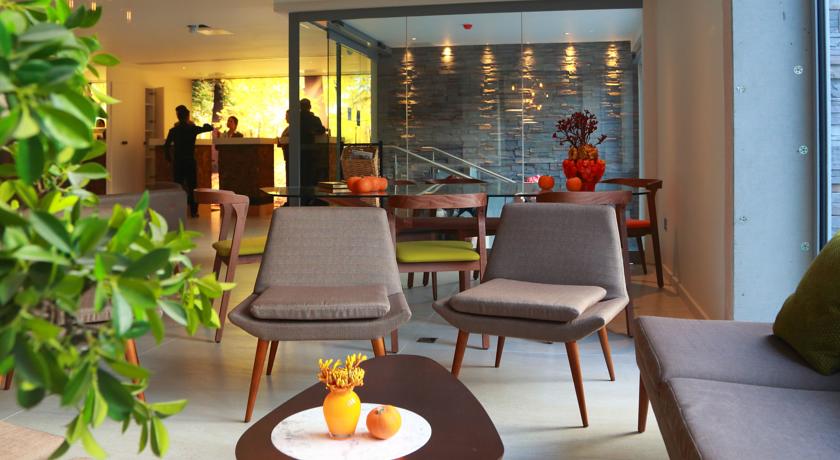 One of the best East London hotels, the Arbor City Hotel brings the modern rooms which are equipped with all the amenities of the modern hotels, including the air-conditioning, the coffee and tea machines, TVs, safes, and the free Wi-Fi access. It is a beautiful place that also features the European restaurant which serves both the breakfast and the dinner (additional fee), as well as the secure parking for the guests. We should also say that the hotel is on the doorstep of the famous Brick Lane. 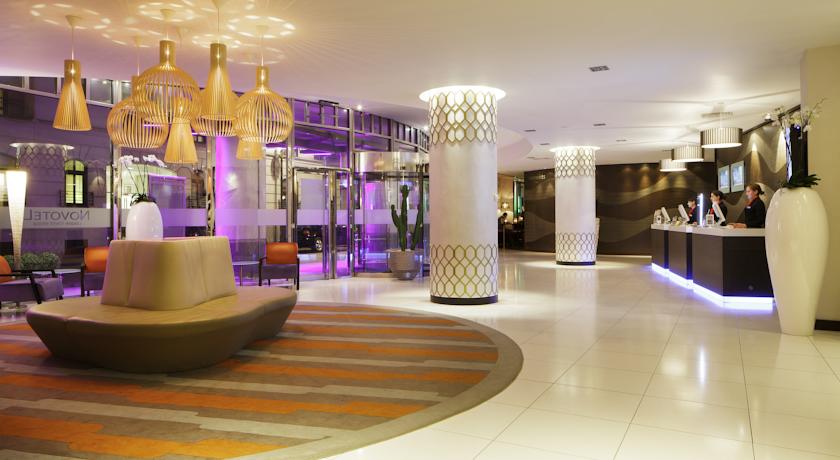 The Novotel hotels are well-known around London, and this one is as good as the rest of them. It is a stylish hotel that features many amenities and staying here is definitely a good choice, especially if you’re a tourist – this hotel is very close to the famous Tower of London and some three miles away from one of the biggest attractions of the city – the British Museum. The Novotel Tower Bridge has a hip bar, a restaurant, an exercise room, and the business center. 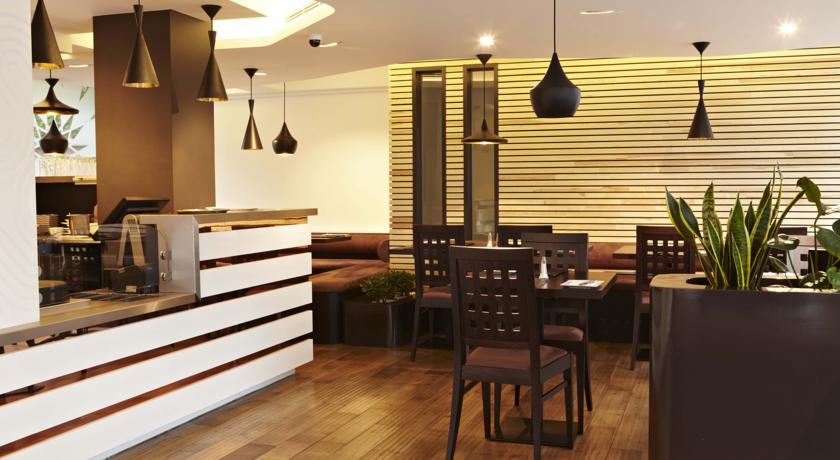 As you can see from the name, this hotel is located in the Whitechapel area of London, being very close to the station of the same name and to the famous Brick Lane, a street that’s filled with various restaurant and galleries. The Whitechapel Hotel features some of the brightest rooms in East London, all of them coming with the modern amenities such as air-condition, the coffee making machines, TVs with flat screen, and the Internet access. There is also a modern restaurant. 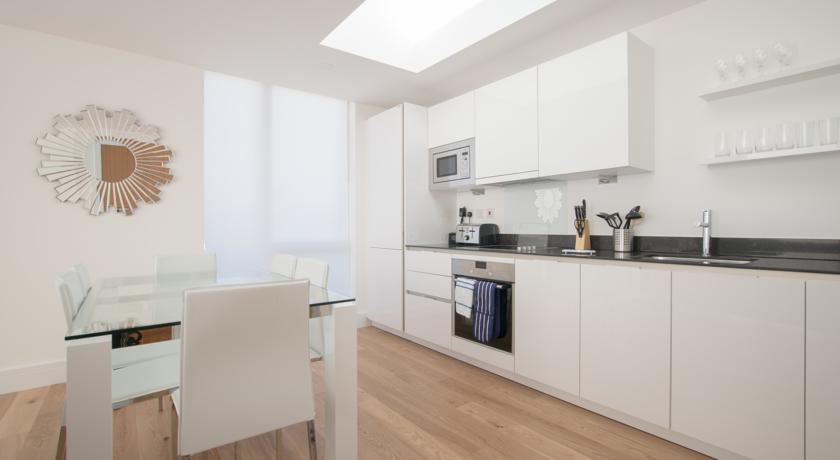 One of the SACO hotels, this place brings the simple rooms that are at the same time very stylish and comfortable, which is exactly what most of the people are looking for. The amenities of this hotel would include the complimentary breakfast, the weekly housekeeping and the 24-hour concierge, while the rooms themselves feature the fully stocked kitchens, iPod docks, modern TVs (with the addition of the DVD players), and the Wi-Fi connection. The SACO Tower Hill is also pretty close to the famous Tower Bridge. 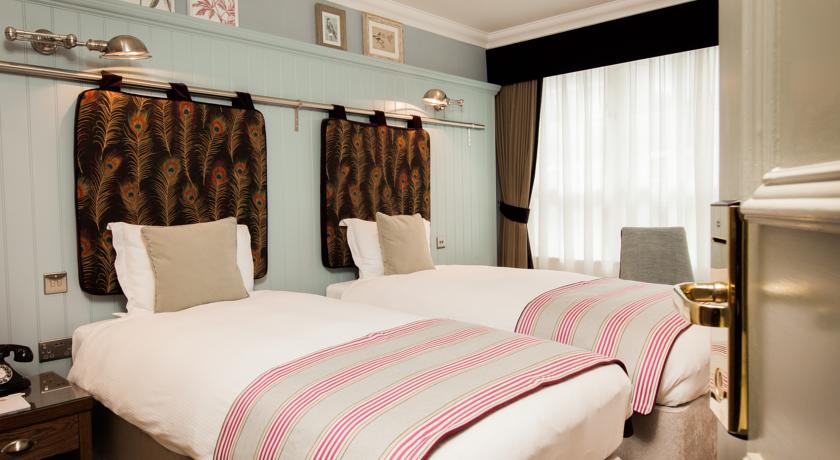 Behind this elegant name hides a hotel that can be found above an old, Victorian-era pub, located at the Minories, London. It is a place that offers accommodation in its stylish rooms, bringing amenities such as the fridges, bathrooms, tea and coffee machines, TVs, and the air-conditioning. The Chamberlain Hotel also has rooms that have rooftop terraces, looking over the unforgettable London skyline. It should also be mentioned that the downstairs pub serves a British breakfast, dinner, and the lunch. 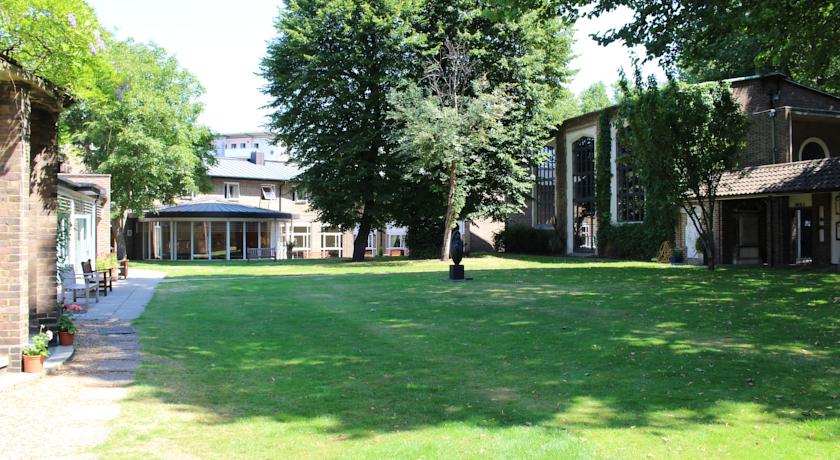 Now, this is something for the people who prefer relaxation and peace above anything else. The Royal Foundation of St. Katharine is located in the tranquil gardens of the Butcher Row, where it stands as probably the best B&B hotel of East London. It is a place that has basic rooms which are very comfortable and feature tea and coffee machines, as well as the free Wi-Fi connection, and we should also mention that the peaceful garden has a chapel and the conservatory. 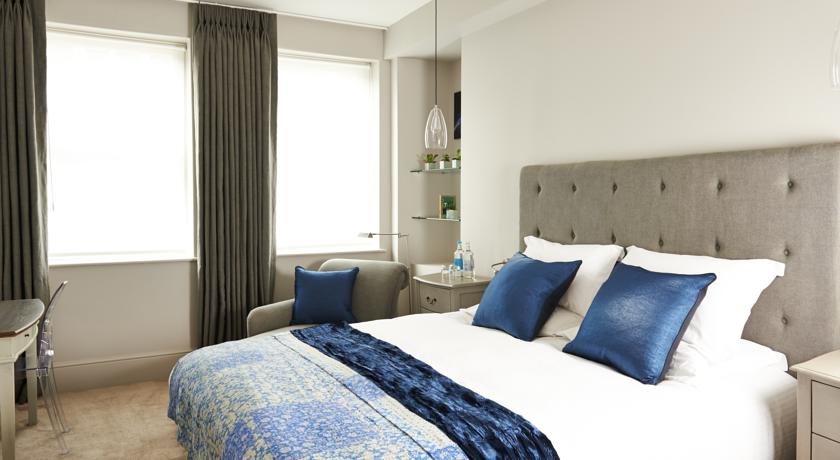 This hotel of an interesting name features some swanky rooms, each of them coming with individual furnishings, humongous TVs, en-suite bathrooms, as well as with the free Internet access and heated floors. The Bull and the Hide also has a very nice bar that serves food and drinks, as well as the upscale restaurant that can be found upstairs. The location of this place is great – it is only two minutes of walking from the nearest station, and some ten minutes away from the vibrant Spitalfields Market.