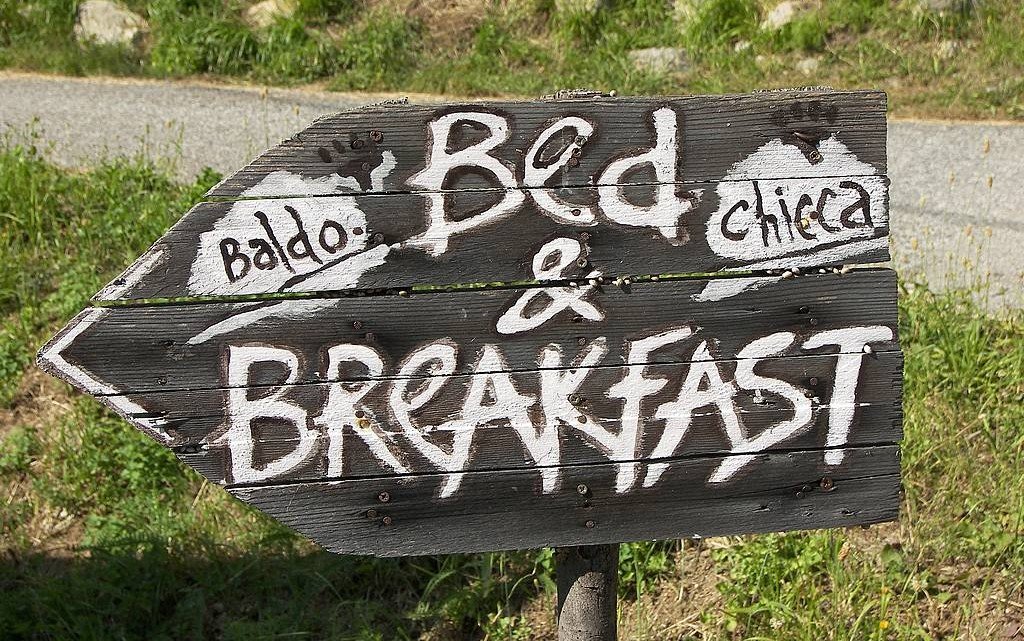 When it comes to staying in a hotel, London offers many different variations – large, luxurious hotels, the cheap ones, the ones with the thematic rooms, and so on. But there is one kind of a hotel accommodation that is our absolute favorite – the bed & breakfast! These places might be smaller than most of the hotels, but they are still very unique and can easily make you feel like you’re at home. They are, in most of the cases, run by some ordinary, local families, who are almost always amiable and you are certain to feel welcomed at their houses. This article, the Best London bed and breakfast hotels, is here to bring you the best fifteen B&B places in the capital city of the United Kingdom, as we went around London and visited quite a big number of them. This voyage only confirmed that staying at the some of these bed & breakfast places has many advantages over the usual hotel stays, as you can always expect a more personal service, a nice breakfast, the privacy and peace, and offer you a chance to experience the local style of life. The Best London bed and breakfast hotels, in our opinion, are these: 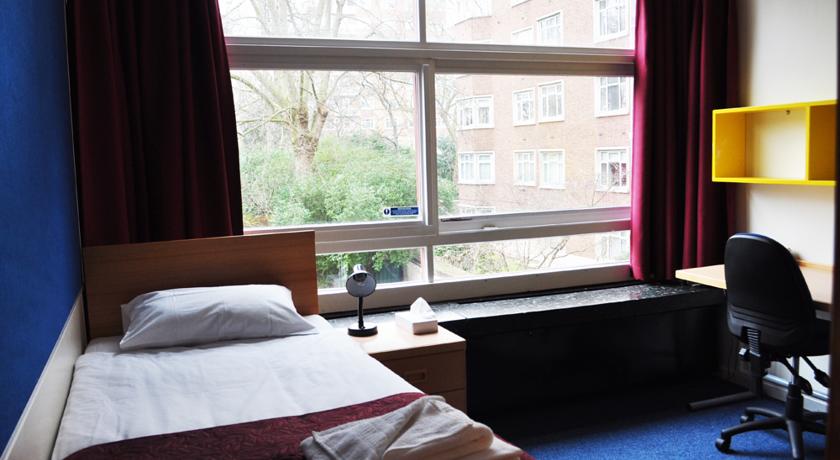 The first place on our list goes to the Weeks Hall, which can be found just ten minutes of walking away from the tube station in South Kensington. It is a pretty large place for a B&B hotel, since it has over 70 rooms, with some of them having a great view of the Prince’s Gardens. Every bedroom at the Weeks Hall has a telephone and the wired Internet while the Wi-Fi connection can be accessed in the public areas. 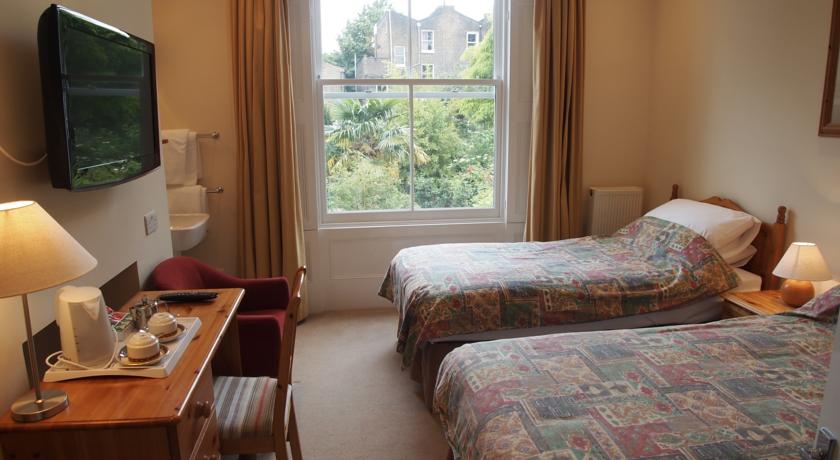 The next bed & breakfast hotel would be the Kandara Guest House, which is located in the London district of Islington, some two kilometers away from the famous Emirates stadium. After 60 years of existence, owners of this place certainly know what they’re doing, offering you a warm welcome and a pleasant stay. The bedrooms at the Kandara Guest House come with all the usual things, and we should also mention that there is a large array of various pubs, supermarkets, and restaurants situated everywhere around the hotel. 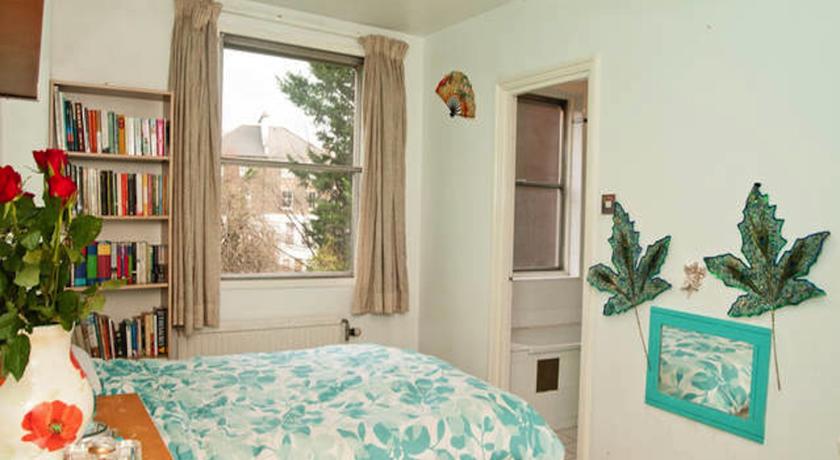 The Darwin Court is the bed & breakfast hotel that can be found in the Camden Town, known for its energy and trendiness. The place itself is very close to both the Regent’s Park and the popular Primrose Hill, being only about five minutes of walking away from them. The Darwin Court offers the clean rooms which come with the en-suite bathrooms, as well as with the addition of the coffee making machines and mini fridges. Since the hotel is located in the Camden Town, one can easily visit the numerous bars and restaurants. 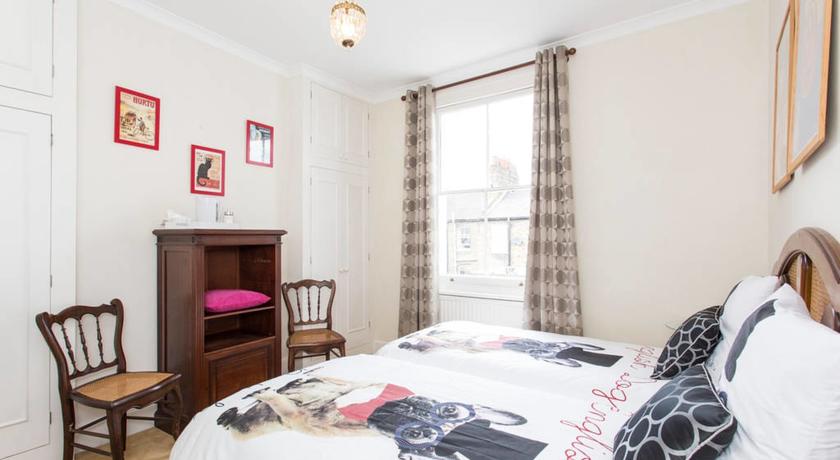 The owners of this place advertise their hotel as a beautiful Victorian building that has the well-known, traditional English character – and none of this is far from the truth. The Rue Saint Jacques is located on the quiet street in the London district of Fulham, where it offers rooms that came with some pretty luxurious items, such as iPod docking stations and Nintendo Wii’s. There is also a nice playground for the children, as well as the babysitting service and the gift shop. 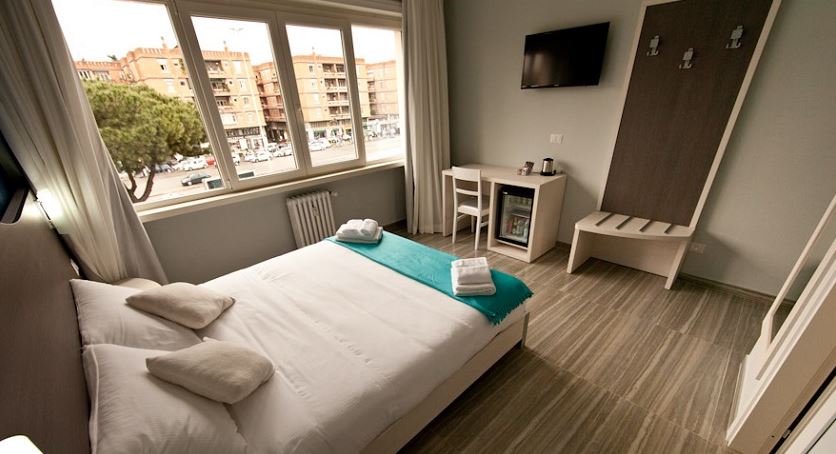 The Star Hotel, located on the Sheperd’s Bush Road, is an affordable and convenient place to stay at if you find yourself in Hammersmith (West London). The building that houses this hotel is a very old Victorian townhouse, which has some pretty simple yet very comfortable rooms that come with the much-needed Wi-Fi connection, as well with the television and coffee machines. There is also a light dining room, where the guests can eat a very tasty breakfast in the morning. 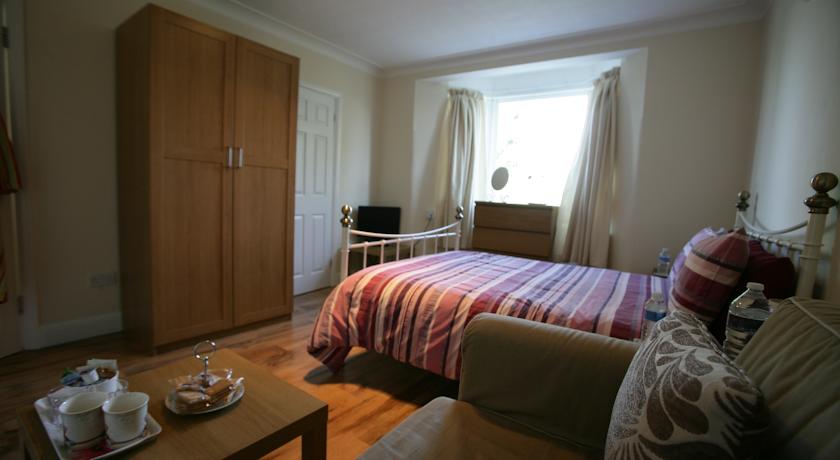 The next hotel on our list of the Best London bed and breakfast hotels is the Wynchgate B&B, located at the Wynchgate, which is just north of the Grovelands Park. The first thing to notice here is the feel of a 1930s home that envelops the place, which is pretty unique and is definitely something that people are looking for. The Wynchgate B&B has only two guest rooms, but staying in them is an unforgettable experience. In the morning, the guests are served with a nice continental breakfast. 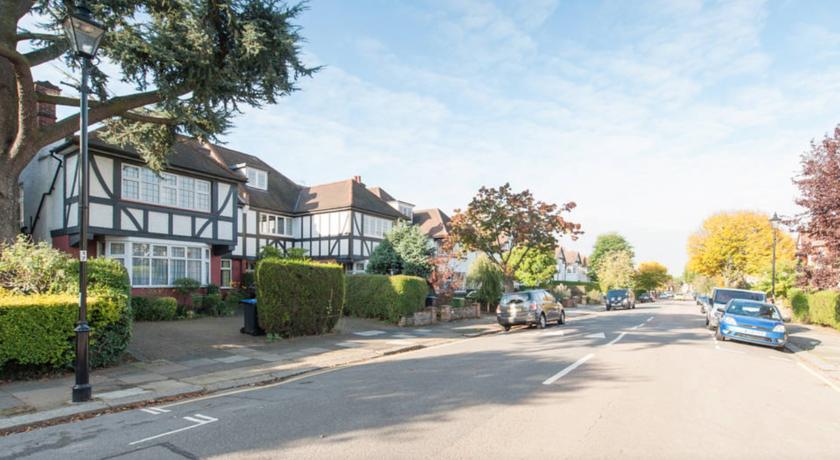 As the name already says, this place is situated on the Saint Gabriel’s Road, which is located in the Northwestern part of London. One of the best things about this place is definitely the beautiful garden, and we also really liked the commodities that each of the rooms brings – there is a hairdryer, a TV with a large screen, as well as the shared bathroom that has some soft towels. The Saint Gabriel’s Road B&B is also close to many different pubs and restaurants. 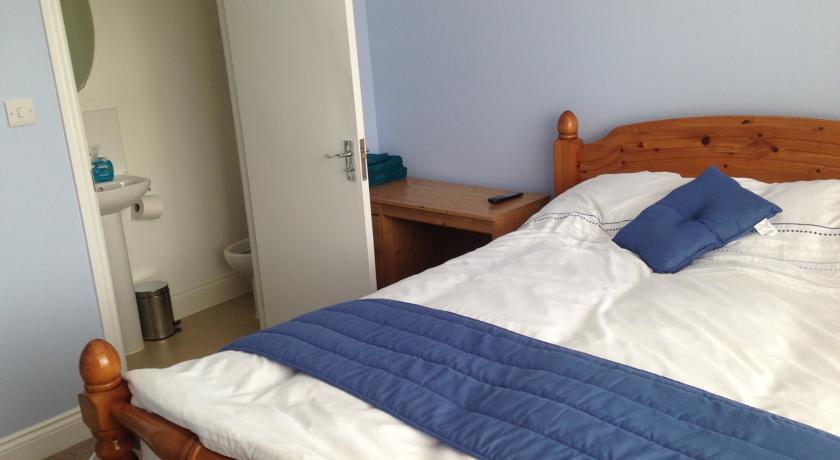 The next B&B hotel is called the 287 Green Lanes, with the name also being the address of the place (which is some nine miles north of the capital’s center). Each of the rooms at the 287 Green Lanes is equipped with items such as the DVD player, a large TV, and the electric kettle, and the other facilities would include the ironing service (which is pretty nice, we must say), as well as the laundry facilities. As it is usually the case, there are many restaurants and supermarkets to visit around the hotel. 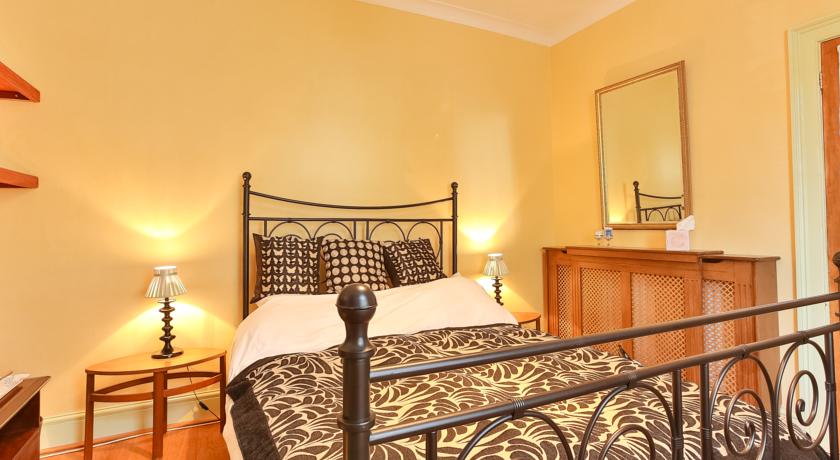 Behind this interesting name hides one of the best B&B hotels in the entire city, as it is situated in the beautiful suburbs and is certainly a great place to spend a night or two at. The hotel has a free parking (and the same goes for the Wi-Fi connection) while the stylish rooms come with items such as the coffee making machines and hairdryers. The thing that we really liked is the terrace, where the guests can relax with a nice cup of warm tea. 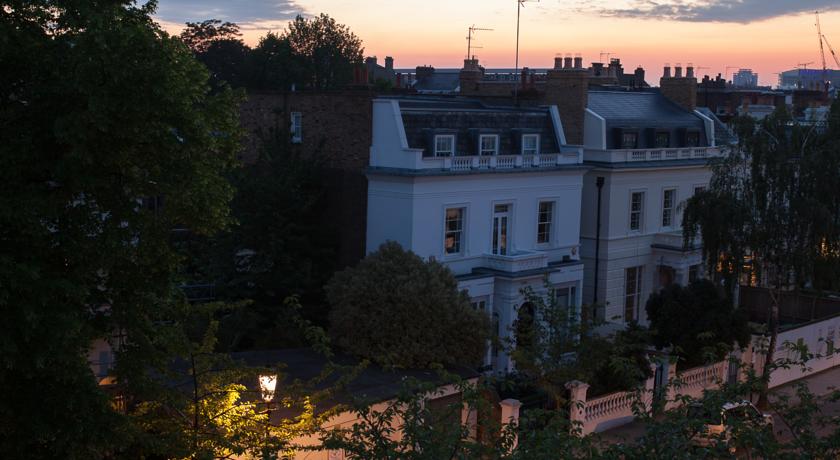 The Dawson Place is located in the district of Nothing Hill, which became pretty famous because of the romantic 1999 film that took place in it. The property is set in a beautiful Victorian villa that has a garden, and it takes only six minutes of walking to get to the tube station at the Nothing Hill. Every bedroom at this place has individual decorations and comes with the usual set of amenities, with the guest being served with breakfast every morning. 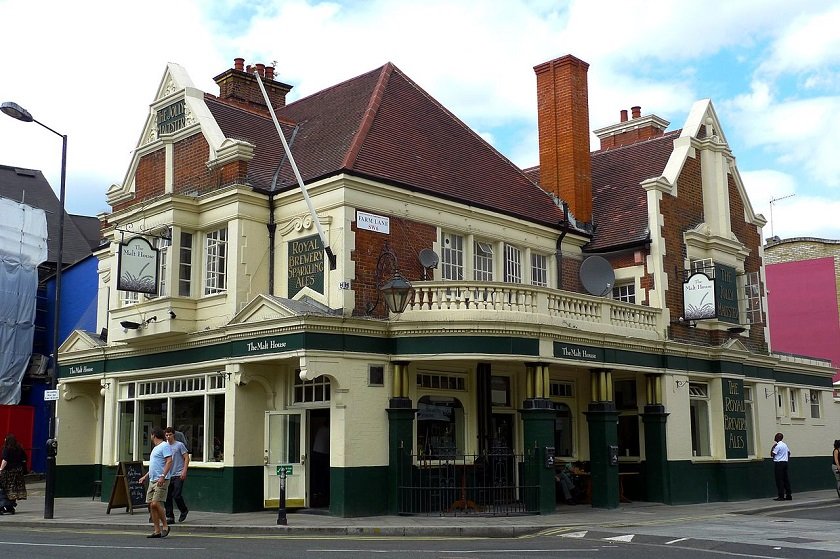 This particular B&B hotel is located in the London district of Fulham, being very close to the Fulham (Broadway) tube station. The breakfast that you can get here is pretty nice – it consists of fruits, cereal, some freshly baked pastries, and the toast, with the addition of Nespresso coffee or tea. The rooms of the Malt house are air-conditioned and come with the neutral decorations, large TV screens, and there is also a wardrobe, a desk, and the machines for tea and coffee. 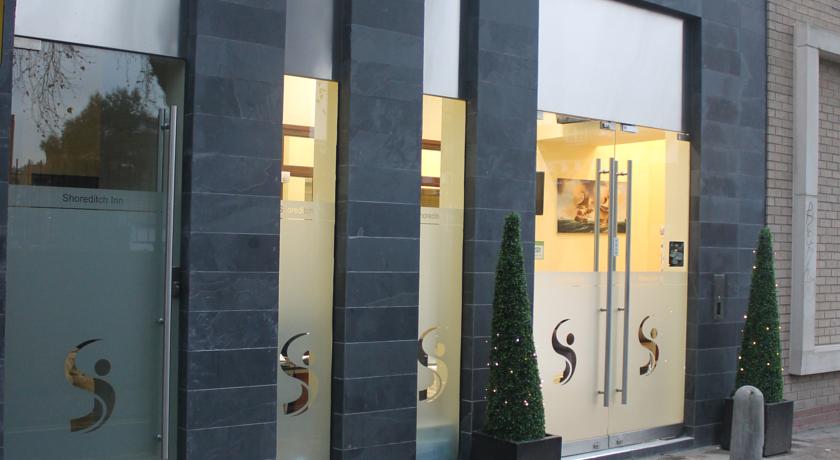 As the name says, the next B&B on our list is located in the trendy district of Shoreditch, only half a mile away from the famous Old Street. It is a great place for tourists since the Hoxton station is only five minutes of walking away which gives you a chance to visit attractions such as Big Ben (3,5 miles away from the hotel). Each of the room is equipped with the usual set of commodities, with the addition of the safety box. 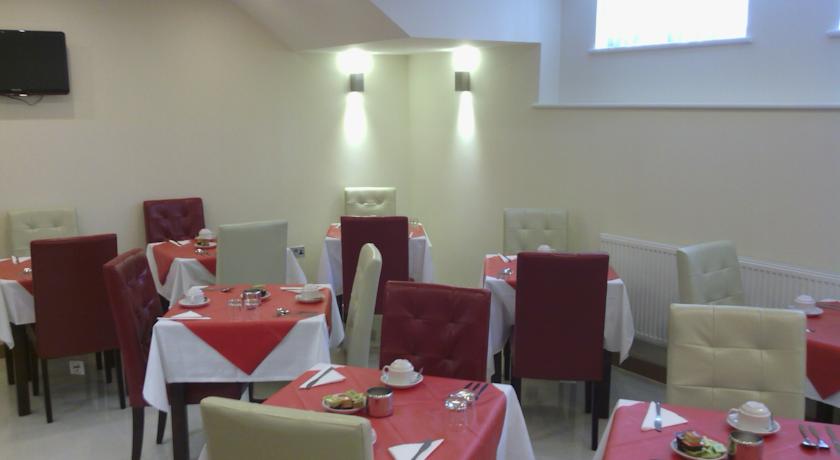 The Regency Hotel Parkside is located just six minutes away from the famous Madame Tussauds museum, so if you planned to visit it – this B&B is a great place to stay at. The rooms are basic, but that isn’t a problem since they have everything that a guest might need – the flat-screen television, the mini fridges, machines for hot beverages, and the free Wi-Fi connection. There are also some interconnecting rooms, and the breakfast is served in the simple dining room. 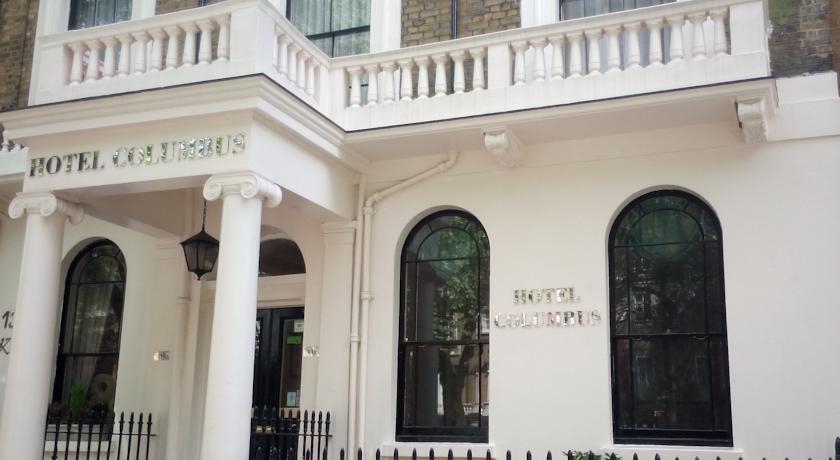 Located on the beautiful tree-lined street, the Columbus hotel is a surely a fine choice when it comes to bed & breakfast accommodation. It is a hotel with rooms that have showers and orthopedic beds, as well as the modern TVs and desks. The Wi-Fi connection, unfortunately, requires an additional fee. The same goes for the parking while the breakfast is of a buffet-style and is very tasty. The closest station would be the one at Paddington – it’s five minutes of walking away. 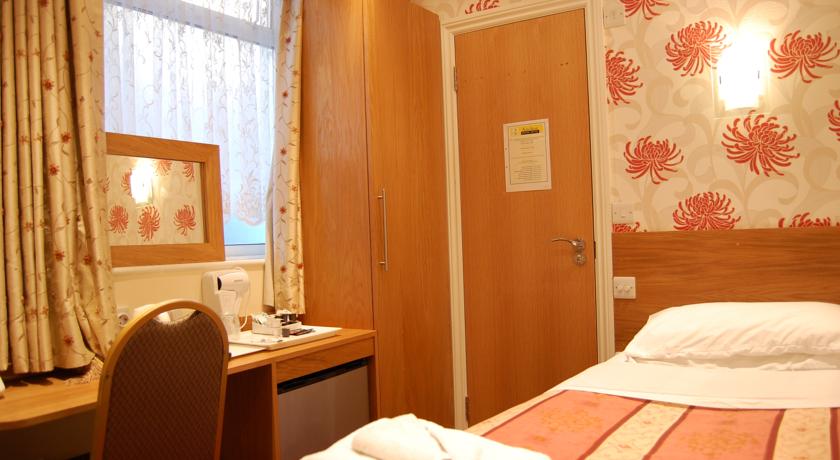 The last place on our Best bed and breakfast hotels in London list goes to the Anchor House, which is very close to the tube station at the Golders Green, which means that it’s also close to the children’s zoo and the Golders Green Park. Every room of the Anchor House has a private bathroom (with the addition of a hairdryer), and the public areas bring the free Wi-Fi access. We should also mention that the hotel serves the continental buffet breakfast.