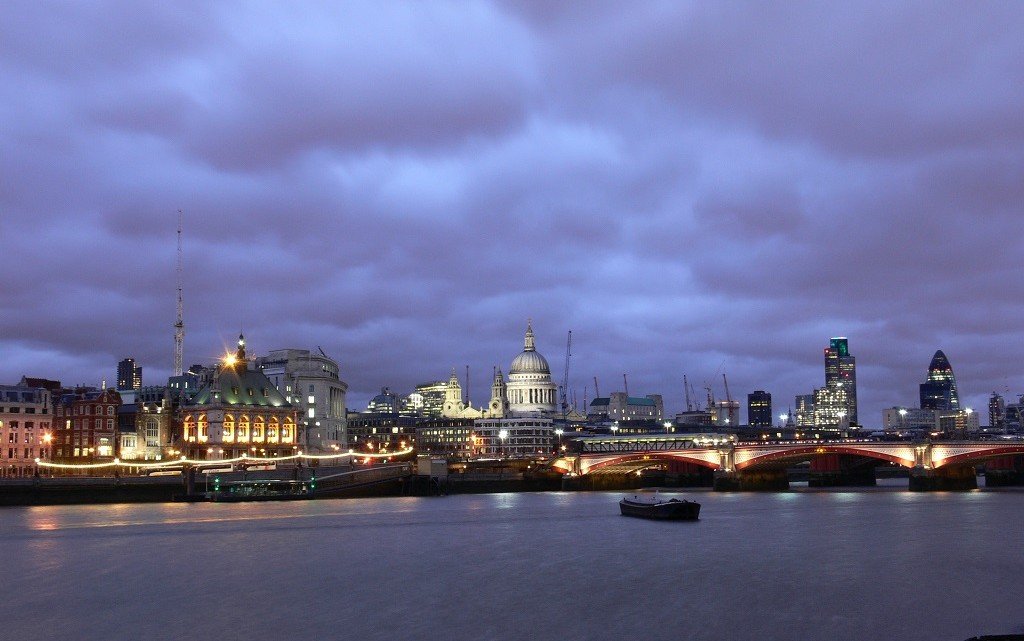 As you already know, the Thames is the most famous river in all of England (and the United Kingdom), as it flows through the whole of Southern England and passes through one of the largest cities of Europe – London. With its total length of 380 kilometers, this is the longest river that is entirely in England, rising in Gloucestershire and flowing into the cold of the North Sea. The most interesting part of the river is, of course, the one that flows through the capital city, and the Thames itself is the main reason why London even exists today – the first large settlement was founded next to the river. Today, Thames is something that every tourist wants to see when he or she comes to London, as the river is dotted is famous landmarks and being next to it gives that unique London experience. Luckily, there are a great number of hotels on this river, and our Best London river view hotels article is here to bring you the fifteen such hotels that we think are the best. Most of them have an amazing view of both the river and the city, which just might be what you’re looking for. The Best London river view hotels are these: 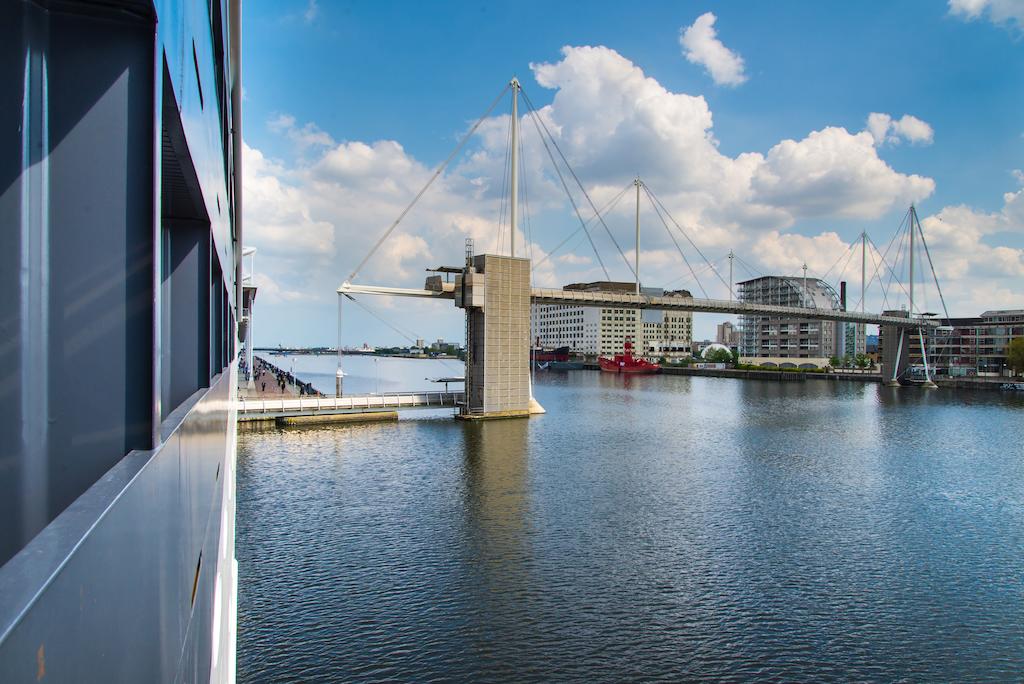 It doesn’t get much better than this – the Sunborn is, actually, a ship that is moored at the Royal Victoria Dock, providing its guests with an amazing view of the Thames. And the view is certainly not the only good thing about the Sunborn – it has a number of chic rooms that feature all those things that you can find in the usual kind of hotels. The Sunborn, of course, also has a restaurant, as well as the bar and a spa. 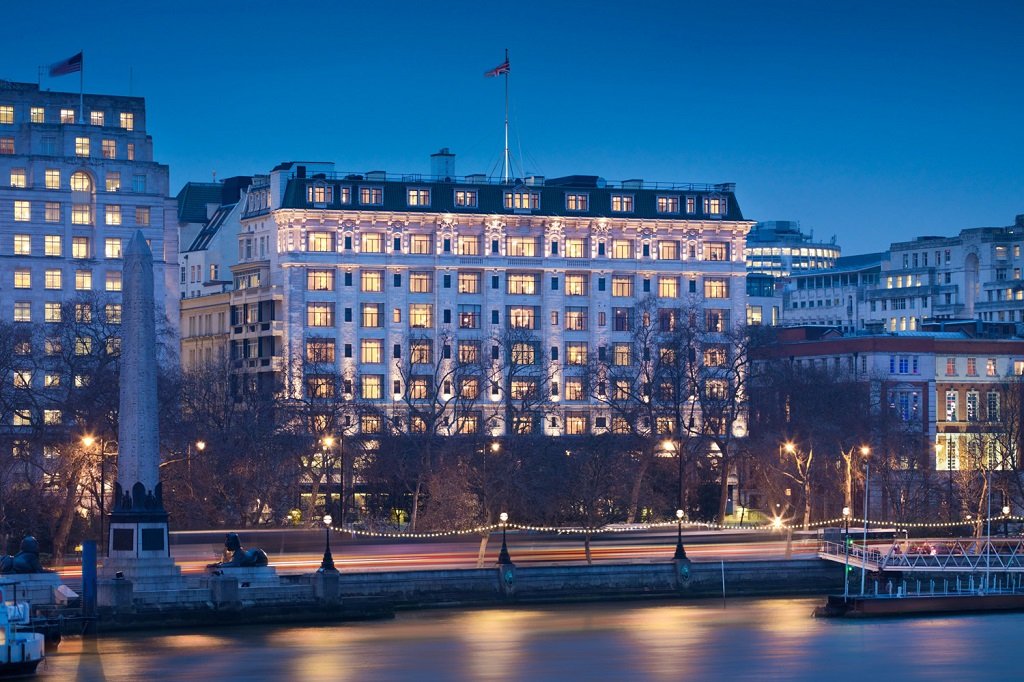 The Savoy is not only the hotel that has the greatest view of the Thames – it is also one of the most prestigious and luxurious hotels in the entire city. It is located on the Strand, where it opened some 130 years ago and became a landmark itself. It has 268 rooms that combine the Art Deco with the Edwardian decorations, making the guests feel like they’re in a time machine. And let’s not forget the indoor pool, a renowned restaurant, and the fitness center. 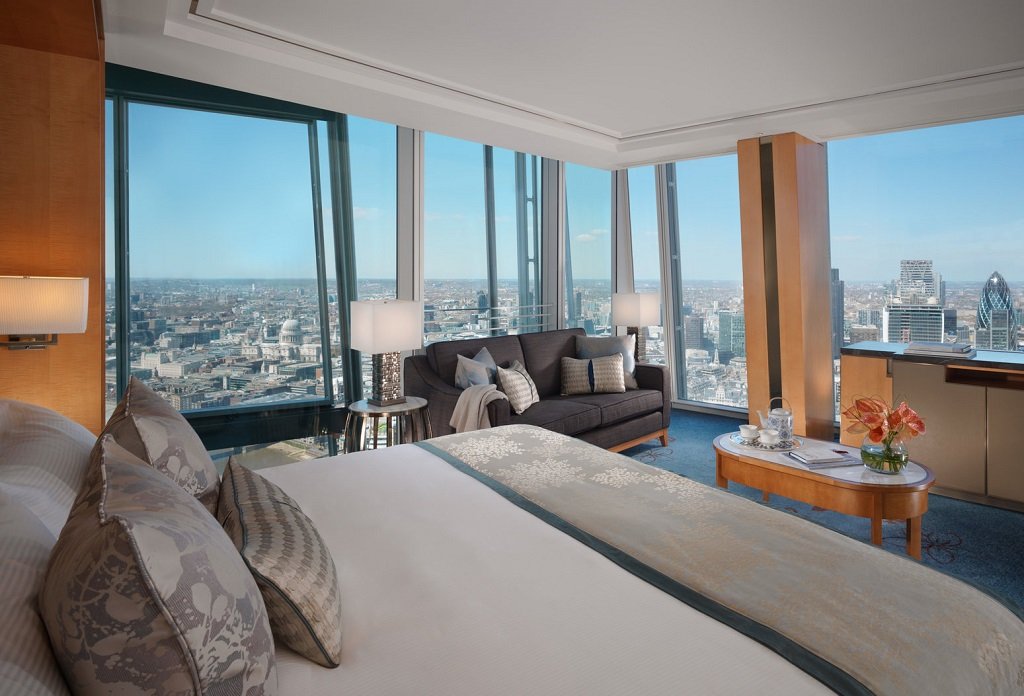 When it comes to view, nothing beats the Shangri-La. This hotel is not next to the river, but on the 34th (to 52nd) floor of the famous Shard skyscraper, which means that the guests can see both the river and almost the entire area of the Greater London! The rooms of this place are very plush and comfortable, bringing both the free Wi-Fi connection and the flat-screen television. The Shangri-La also has an upscale restaurant with an Asian theme (hence the name) and an infinity pool (our favorite!). 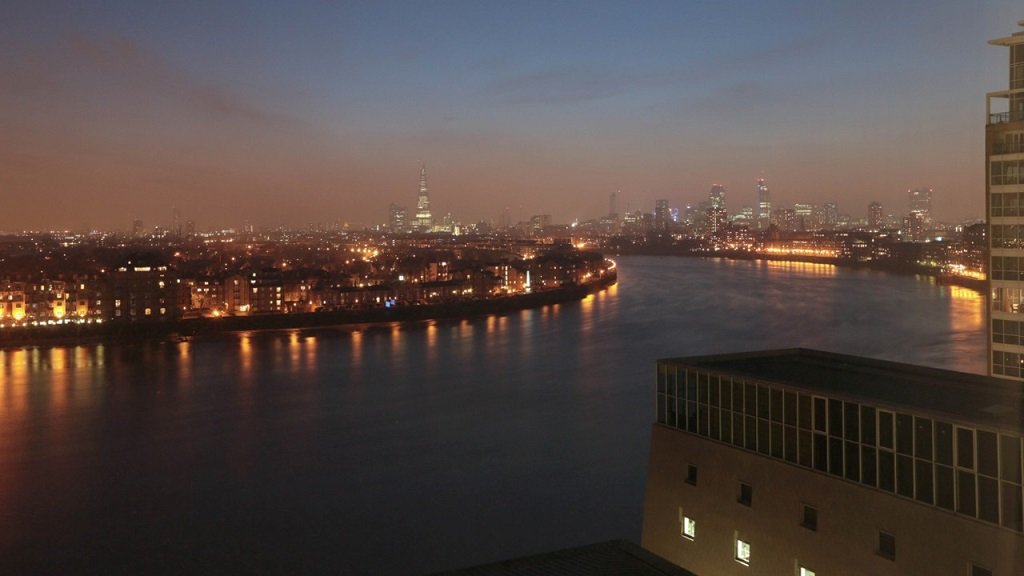 The next hotel on this list would be the Four Seasons, located at the Westferry Circus in the Canary Wharf. It overlooks the Thames and offers a stay which is certain to please even the most demanding guests. The thing that we liked the most here is, of course, the terrace of the hotel – the view is breathtaking! The rooms of the Four Seasons are, as expected, upscale, bringing you the limestone bathrooms and the flat-screen television while the upgraded rooms add the iPod docks. 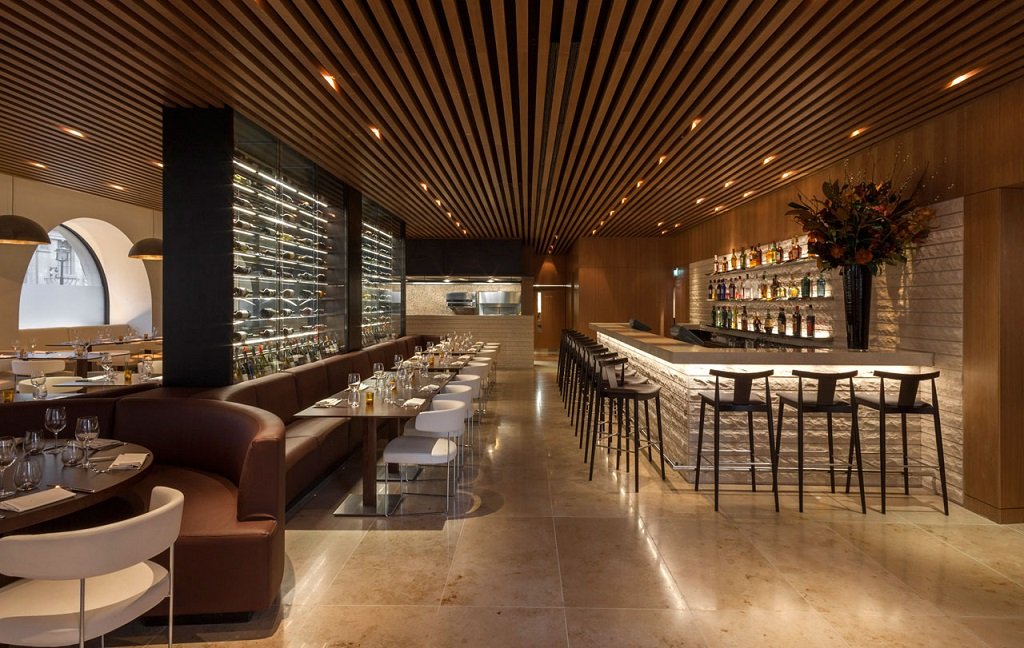 This particular hotel can be found at the Strand, close to all the main theaters, trendy night clubs, and the exclusive boutiques. It has 157 modern rooms, as well as the 16 suites, two restaurants, and the rooftop bar which has a pretty spectacular view of the city – surely one of the best in London. Other amenities of this place would include the seven meeting rooms, a very modern gym that’s fully equipped, and the Internet connection with high speeds and stability. 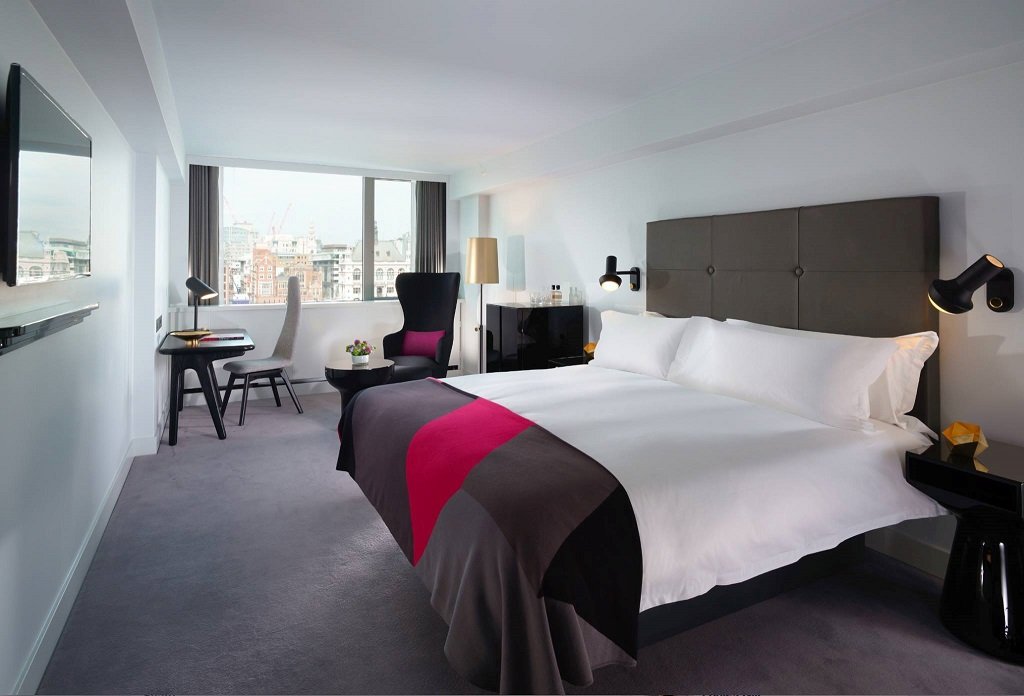 The first thing you’ll notice when you come to Mondrian is the overall 1920s feel of the place, featuring the Art Deco decorations and the similar things. The hotel itself is very close to Tate Modern, making this hotel a nice destination for those in love with the art. And when it comes to rooms, they are sleek and have all that you expect – flat TV screens, free Wi-Fi access, as well as the nice furnishings. There is also a rooftop bar – with a spectacular view, of course. 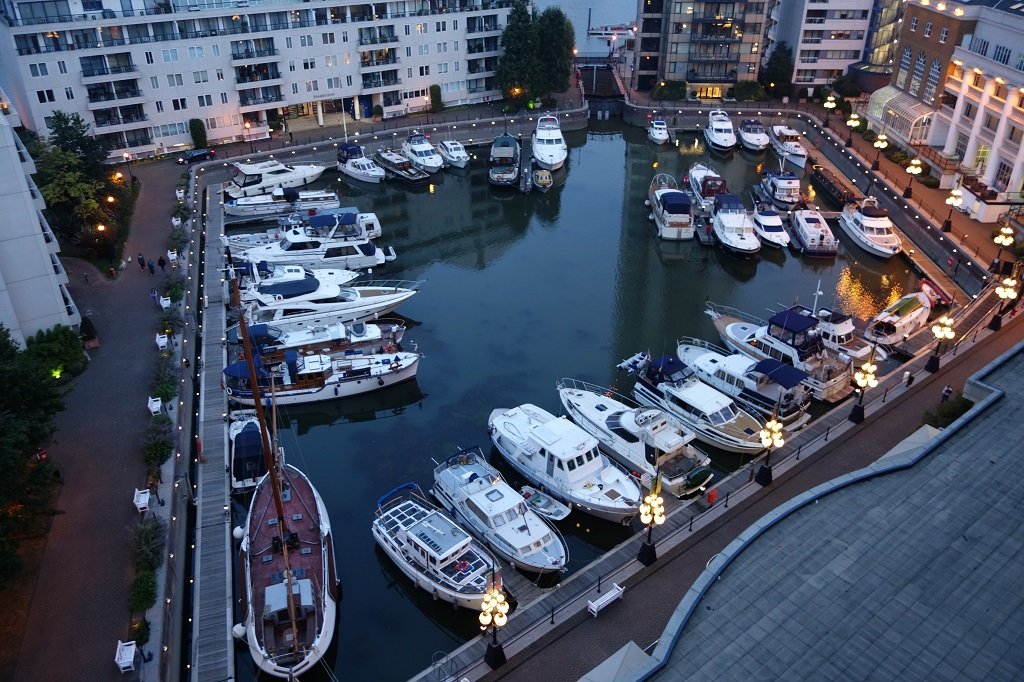 As the name suggests, this particular hotel is overlooking the Chelsea Harbor, in the West London. A nice view of the Thames is guaranteed, as is the stay at this luxurious place that has amazing rooms, as well as some additional amenities like the indoor pool, the exercise room, the heated terrace that overlooks the harbor, a spa, and a bar. The guests who stay here are also pretty close to both the Fulham tube station and to the well-known Natural History Museum. 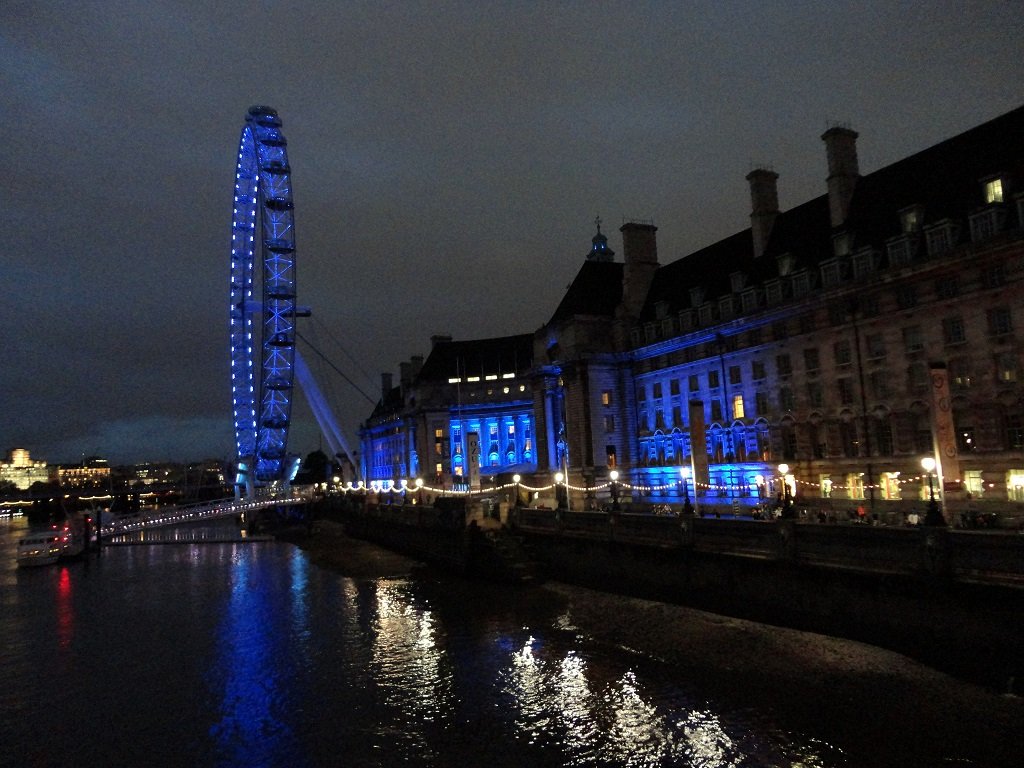 The Marriot County Hall became a luxurious hotel back in 1998, and ever since then it stands as one of the best hotels on the Thames. The location is great – if you take a relaxing stroll, you will easily get to landmarks such as the Parliament or the London Eye. Rooms are refined and come with the much-needed Internet connection, marble bathrooms, television, and minibars. The guests will also be pleased to find the indoor pool and the fitness center. 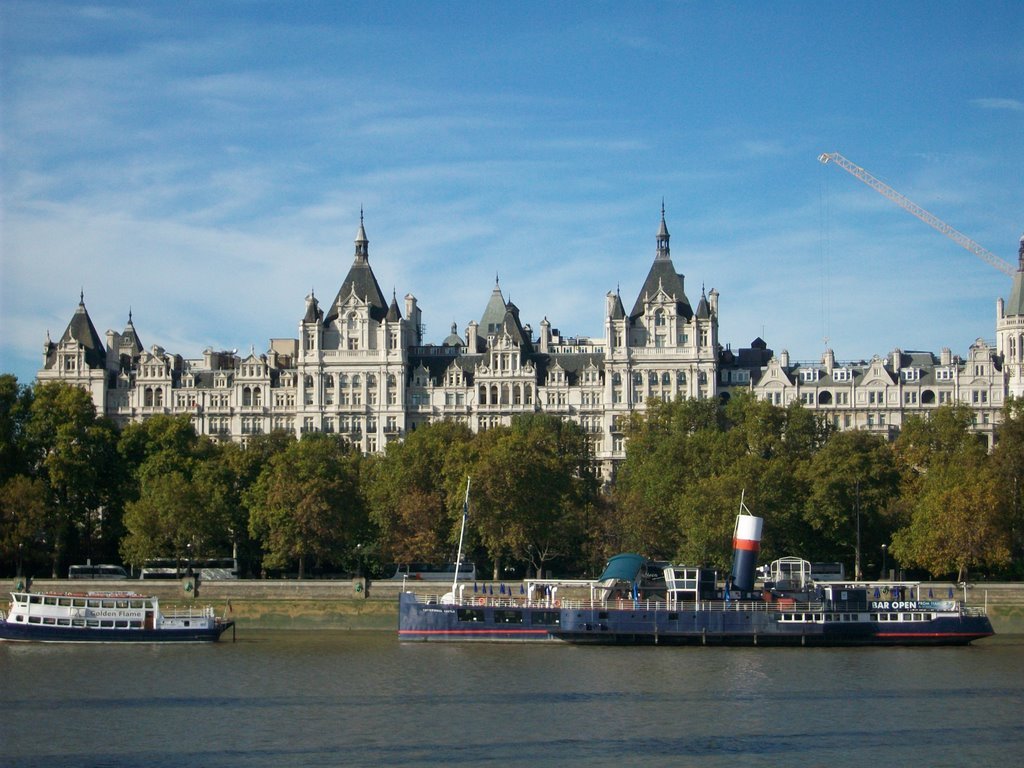 The next hotel would be the Royal Horseguards, located at the Whitehall Court and close to all the major attractions. The building that houses the hotel was opened all the way back in 1884 and was used during both of the World Wars by MI6 and MI5. It was converted into a hotel in 1971, and now has over 280 rooms that are equipped with everything that the guests might need. You will definitely like the restaurant that has a focus on the traditional English meals. 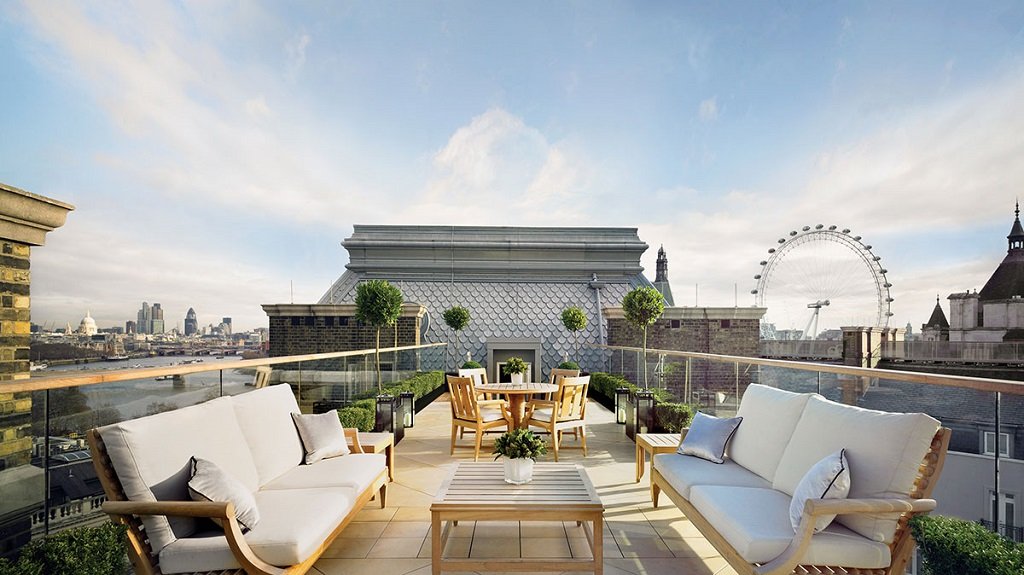 The Corinthia Hotel is situated just next to the Thames, at the Whitehall Place, being only moments away from landmarks such as Trafalgar Square, Covent Garden, and the Westminster Palace. The building dates back to 1885 and is now given a new life with some pretty fine rooms that have HD television, free Internet, and the Nespresso machines. Other than that, the Corinthia has an amazing view of the river, three restaurants, and the lounge for tea that has a large chandelier. 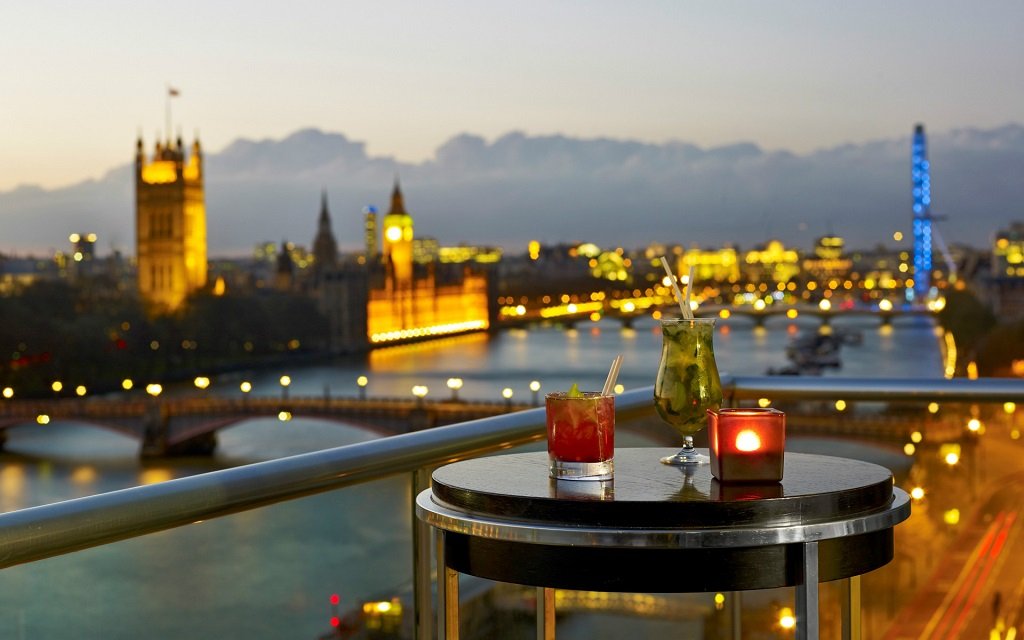 Yet another hotel overlooking the Thames, the Park Plaza Riverbank is close to both the Buckingham Palace and to Trafalgar Square, which makes it a nice choice for booking an accommodation if you’re a tourist. The rooms of this hotel have the contemporary design, with 24-hour room service and the usual set of the hotel amenities. Other than that, the Park Plaza Riverbank has one very trendy restaurant that serves the meals of the Asian and South American cuisines. 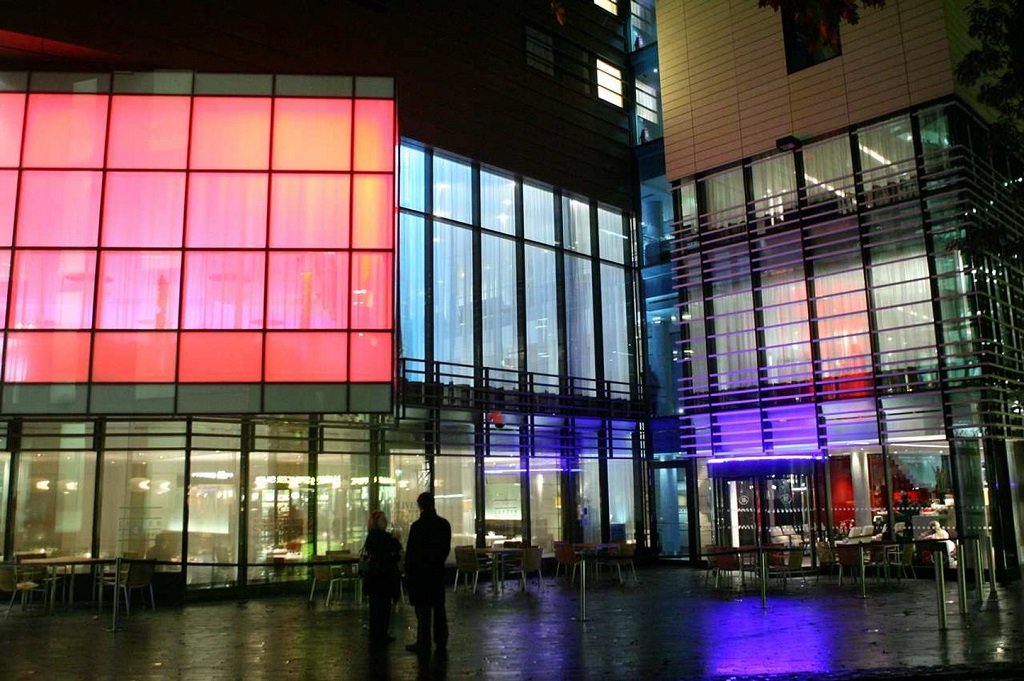 As you can see from the name, this hotel is very close to one of the symbols of London – the Tower Bridge, which is only 10 minutes of walking away from the hotel. There are many good things about this place, and that includes the spectacular view of the most famous English river. We should also mention that the Hilton London Tower Bridge also offers the Italian dining, the fitness rooms that is always open, and one very sophisticated cocktail bar.

13. Rafayel on the Left Bank 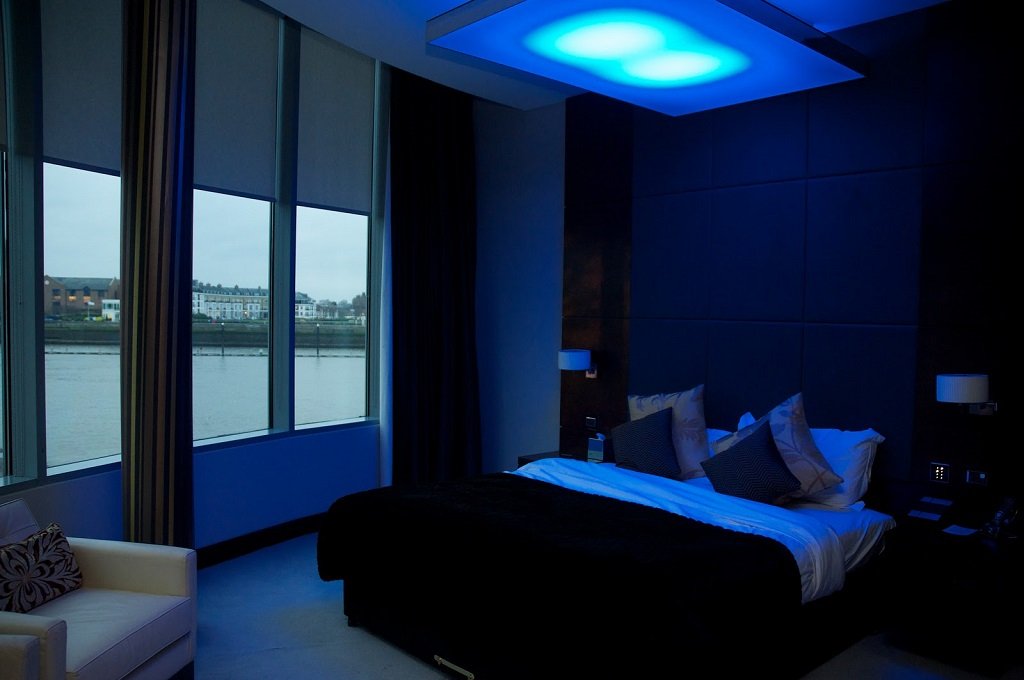 This hotel can be found in Battersea, where it stands as a part of the beautiful, modern building on the left bank of the Thames River, offering the guests an amazing view of it. The building has 17 stories and is thus one of the tallest buildings in this district of the city, with the hotel itself occupying four floors and having over 60 bedrooms. The hotel also has a bakery, a florist, a brasserie, a spa, the gym, as well as the business facilities. 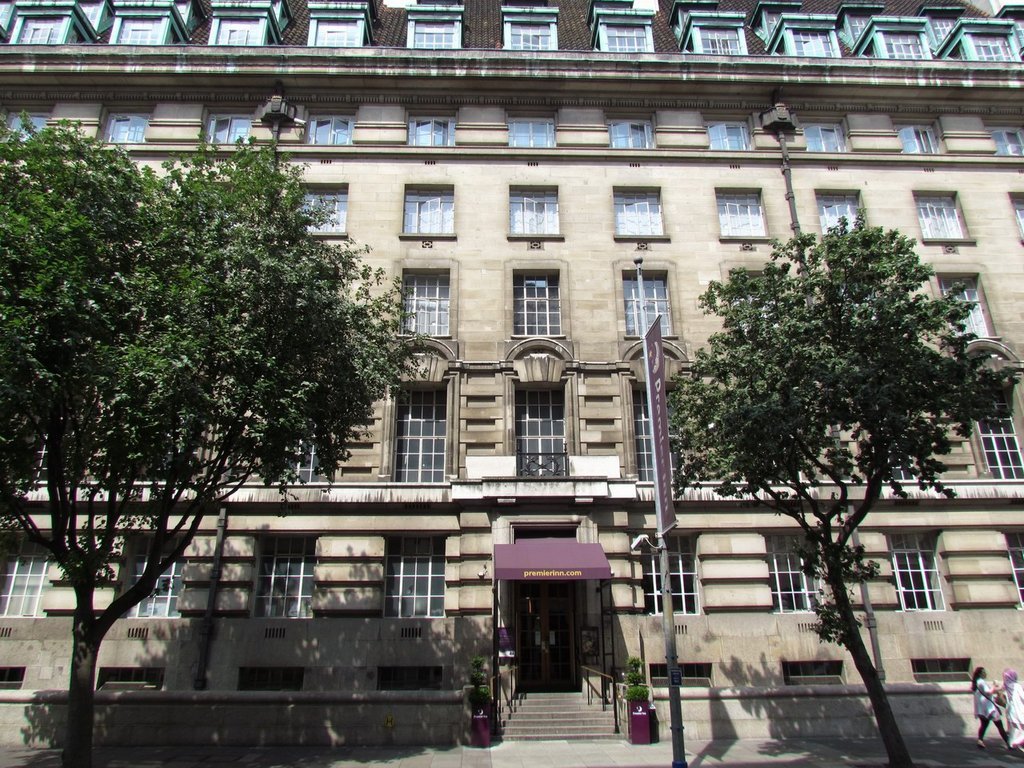 In most of our articles about hotels, we just have to bump into one of the Premier Inn hotels at some point. The main reason behind this is the fact that the Premier Inn is the largest UK chain of hotels and has many bedrooms all over the country, offering quality accommodation for the affordable prices. This particular Premier Inn hotel is located inside the County Hall and is really close to all the major attractions that are situated along the river. The view is, of course, amazing. 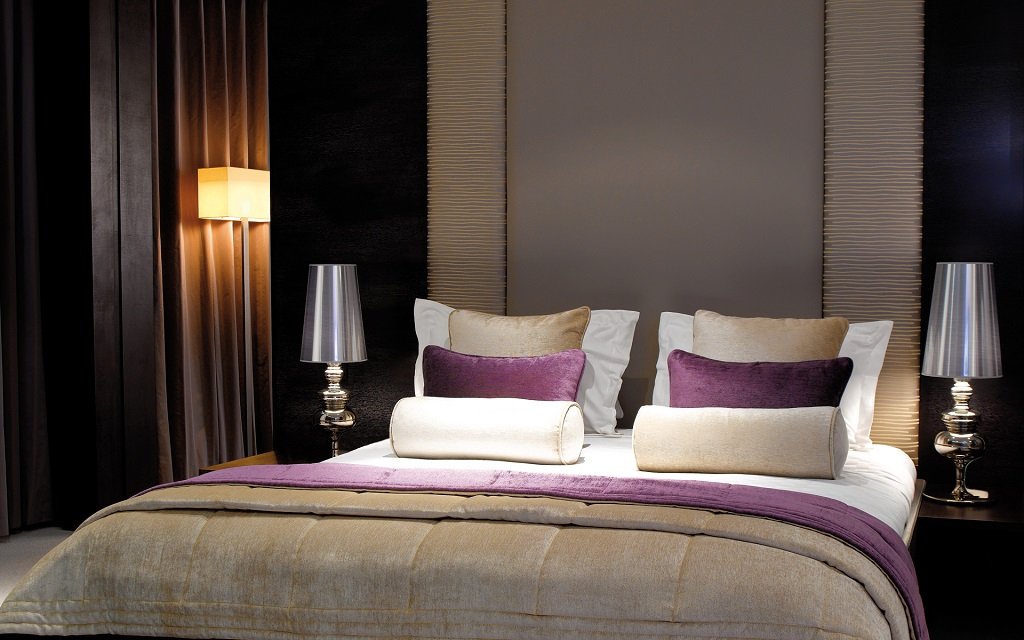 The last hotel on our list of the Best hotels with the river view in London is one of the Radisson Blu hotels, this one being situated at the Fairmont Avenue, just south of the Blackwall station. It is a truly modern hotel that even offers the shuttle to the Canary Wharf, and has a nice restaurant, the cocktail lounge, as well as the terrace bar. Rooms are designed in the contemporary style and come with the usual set of amenities.