Why does London have so many different styles? 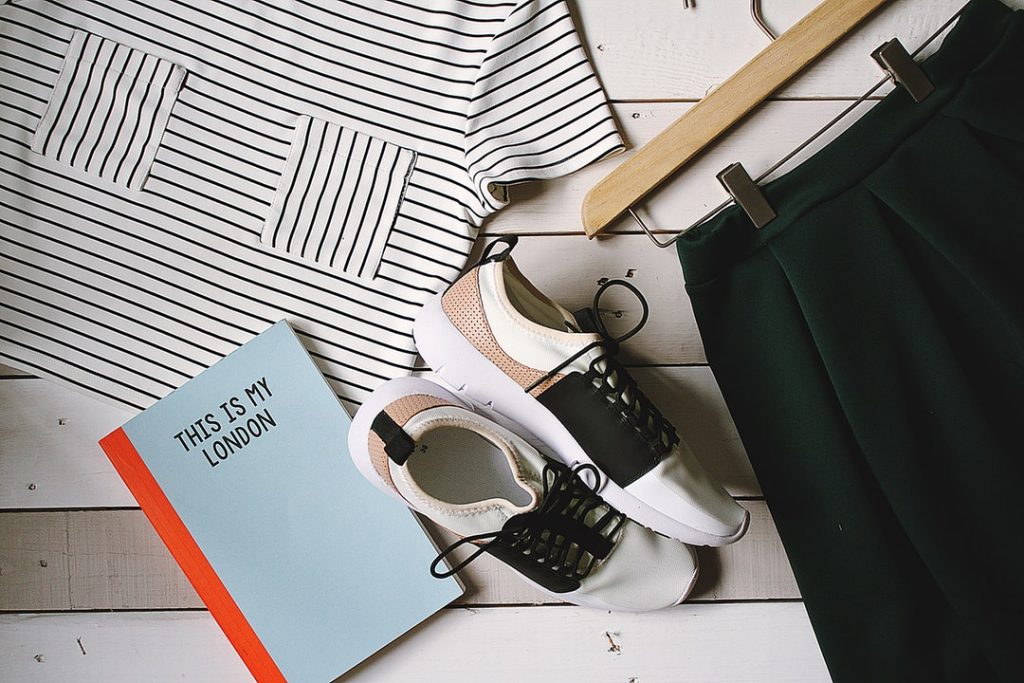 A certain class of houses was built for certain class of people–it was as blatant as that. The architecture of an estate became the physical embodiment of the class of its inhabitants and of their relative power in the land and housing market. Often, housing at the edge of an estate was specifically designed as a barrier to less attractive surroundings. Nash’s terraces, on the eastern boundary of Regent’s Park, are prime examples which have survived to the present. They were specifically built to separate the Crown’s estate from the predominantly working-class Camden Town area. Viewed from the park, one sees the stately, cream painted and elegantly proportioned facades which tourists and students of architectural history are taught to love, usually without being made aware of the other side–the dull, scruffy brick frontage onto Albany Street and Camden Town. The management of estates during the life of the leases was oriented towards maintaining such uniformity of social status and land use as had been established when the estates were initially developed. Estate surveyors had to prevent houses from being downgraded or inhabited by families of lower social status. Obnoxious trades and shops had to be kept out or at least hidden in unobtrusive locations.

If all else failed, landowners could resort to redevelopment once the leases expired. Slums were often demolished and more wholesome accommodations were built by speculators for the middle stratum or by model dwelling companies for the ‘respectable’ ‘labour aristocracy.’ Later in the 19th century some estates were sold for high compensation to the Metropolitan Board of Works who then evicted the tenants, demolished the buildings and sold the land to model dwelling companies, mainly the Peabody Trust, for much less than they paid for it. Model dwelling companies invariably built housing which was beyond the means of the old slum’s inhabitants. In those parishes where the power of estate owners was not enough to accomplish socially homogeneous neighbourhoods; or where landownership was fragmented, the central government stepped in with new legislation to facilitate the removal of the human riff-raff who were seen as undesirable elements within otherwise attractive residential areas.

The legislation to which I am referring was a composite of the early Building ByeLaws, the Sanitary Laws, the Public Health Acts (1948, 1975), the Metropolis Local Management Act (1955) and the early Housing Acts, particularly the Torrens (1968) and Cross (1975) Acts. I do not mean to imply that the homogenization of classes within residential areas was the main reason behind this legislation, but it was an important pressure which determined [1051 the ultimate form of these laws.

If one looks beyond their expressed intent, that they were aimed at ameliorating unsanitary and dilapidated working-class environments and thereby improving the lives of workingclass people, to the nature of the laws which were eventually written into the statute books, and to the outcomes which these laws facilitated, then one begins to understand their significance to the needs of the ruling class (class segregation in this case) and their virtual irrelevance in improving the lot of the working class. The legislation allowed Medical Officers of Health to enter and inspect unsanitary or overcrowded property, predominantly working-class housing and to instruct the owner or leaseholder to make good those elements which were deemed harmful to the health of the inhabitants or the surrounding community. If no action was forthcoming, then the property could be condemned and demolished. Up to the mid-1980’s, no effective re-housing (106] requirements existed.

The legislation was permissive and could therefore be applied at the discretion of the Medical Officers of Health or of their employers, the vestrymen. It was applied differentially in affluent and working-class districts. In the neighbourhoods of the wealthy and to a lesser extent of the middle stratum, the vestries generally acted in the interests of most local residents. Sanitary regulations were easier to enforce because the goals of the Medical Officers of Health, the vestries and the majority of residents coincided, and they had enough political clout to enforce the laws. The Select Committee onTown Holdings pointed out in 1989 that it was “easier to enforce sanitary regulations…when there are special advantages attaching to a particular neighbourhood, and marking it off for the residence of a certain class.”

As a result, many isolated slum alleys and courts were demolished without new housing being built for their evicted inhabitants, who were gradually forced into predominantly working-class districts. On the other hand, the enforcement of sanitary and housing legislation in working-class areas was much more problematic. Vestrymen usually acted in the interests of local property owners and businessmen. The Metropolis Local Management Act specifically placed the medical officers’ tenure and removal at the pleasure of the vestrymen, many of whom had property interests in the slums. Thus, friction was bound to arise between medical officers determined to improve the slums and their slumlord politi cal superiors.

In addition, the cruelty and deprivation which the application of the sanitary and housing laws imposed on the working-class slum dwellers soon became blatantly apparent to the medical officers. Their everyday experience made them aware that evicted tenants, because they were forced to live in a certain area, merely moved to adjacent streets, increasing overcrowding and rents in the remaining houses which soon came to pose health hazards as well. Without effective re-housing obligations and actions, the legislation did little to remove health hazards, and gen erally made life worse for the working class. In sum, then, the early public health and housing legislation was most useful in the attractive and generally sanitary environments of the dominant class because, among other things, it facilitated the removal from their neighbourhoods of undesirable concentrations of working-class slums. The legislation did little to improve the quality of working-class districts, which was the ostensible reason behind it.

Indeed, it probably made matters worse for the working class. The application of sanitary regulations was another example of the dominant-class bias of the state. This was highlighted by Marx in 1967 in comparing the treatment of landowners ‘evicted’ from their land by railways and street improvements, and workers, evicted from unsanitary housing: “Admire this capitalistic justice! The owner of land, of houses, the businessman, when expropriated by ‘improvements’ such as rail[ways], the building of new streets &c., not only receives full indemnity. He must, according to law, human and divine, be comforted for his inforced ‘abstinence’ over and above this by a thumping profit. The labourer, with his wife and child and chattels, is thrown into the street, and–if he crowds in too large numbers towards quarters of the town where the vestries insist on decency, he is prosecuted in the name of sanitation!”

Thus it seems that the sanitary problems of working-class districts became a means of justifying and legitimizing increased state intervention to accomplish other goals (class segregation in this instance, and others stated below under the fifth pressure) which served the interests of the dominant class and to a less extent of the middle stratum. As a result, the spatial segregation of social classes in London became more and more sharply defined during the 19th century; and this outcome of the class struggle was directly reflected in the form of the city–the architectural uniformity of various areas being a direct expression of the broad uniformity of needs and socio-economic status of their inhabitants.

In the words of Steen Eiler Rasmussen: “There is hardly any other city where the local features are as marked as in London. To cross a street separating two quarters may mean coming from one world into another. It is the boundary of two civilizations, two languages, two standards of life. A person who knows London well will be able to place his man as soon as he hears in what part of London he lives, a fact that is often alluded to by authors. The first act of Bernard Shaw’s Pygmation is always sure to be a success with a London audience when Professor Higgins phonetically determines in which quarter the persons live: Lisson Grove, Hoxton, Earl’s Court and so on. The fact that the inhabitants are distributed in quarters according to their class and income has make it possible to standardize the domestic houses: as people living in the same street have the same requirements all the houses can be absolutely uniform.” The Impoverishment of the Working Class The fifth pressure which shaped London’s growth arose out of the impoverishment of the bulk of the working class so that they formed a cheap, abundant and docile labour force, thereby enabling London’s employers and merchants to compete on favourable terms against provincial factory production. The social and economic reasons behind this aspect of the struggle between classes and the ways in which production relations changed in the process.

Next post A City for the Rich, by the Rich?