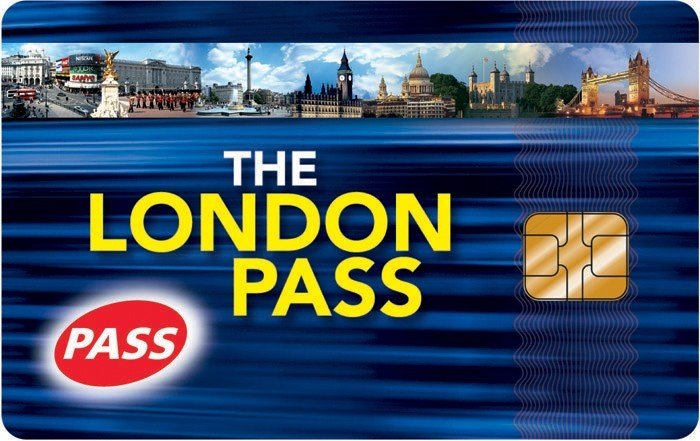 What is the London Pass?

Simply put, the London pass is an all in one ticket for a range of affiliated or participating London attractions, designed to minimise the cost of a serious sightseeing trip in the capital. Established just before the turn of the century in 1999, it became one of the premier money saving tools in European sightseeing and many have speculated that it was a large part of the tourism revival that the city saw in the early “noughties”. Although London has always been a popular tourist attraction, rising costs of hotels and various sights was causing many tourists to explore other options. This was around the time that cheap airfare also became a reality, so suddenly many of Europe’s other capitals were available for exploration, causing a great surge in competition.

Over 60 top attractions and tours in the capital have united under one banner. They’ve allied themselves together in a bid to attract visitors from around the world and its ultimately been a huge success. Their partnership with TFL (transport for London) has also proven to be a big incentive: providing an all in one pass that covers almost every cost that a tourist needs to consider on their day out.

Great savings for the whole family with The London Pass. Get FREE entry to the top London attractions Click here!

What are the Advantages of Buying One?

Primarily, it’s a money saving tool. For those hoping to make an early start and take in several tourist attractions a day, it will end up looking like an absolute bargain. The savings are huge, and will be discussed in more detail later.

There are other advantages to buying a London pass however. As an all in one ticket, it eliminates the hassle of having to queue at every event for entry, something that will save vast amounts of time in the busy months of summer. Added up over the course of the day, the time spent waiting in line often becomes troublesome and by skipping it entirely, anyone with a London tourist pass can often squeeze in an extra attraction which will, of course, also be free!

It also comes with an incredible guidebook that includes excellent advice on every aspect of London tourism. At around 160 pages long it’s as in depth and detailed as many of its expensive commercial competitors, but is absolutely free when buying a London travel pass. Packed with tips, maps and directions, it’s the perfect way for a newcomer to find their way around the city with minimum stress.

There’s an added travelcard option too, which allows free travel on all TFL services. This includes the tube, the buses and certain overground trains. It’s great for those one off trips where buying a set of Oyster cards would be both time consuming and potentially wasteful. Although the innovative Oyster is a great invention, any unused credit on it when its exchanged back for its deposit is non refundable: not such an issue for an individual, but a serious blow to a family where small amounts on multiple cards quickly add up.

Where is it Valid?

At many top locations, including (but not limited to): The Tower of London, Thames River Cruise, Windsor Castle, London Zoo, London Bicycle Tour, Westminster Abbey and the London Bridge Experience.

To check if an attraction is included in the deal, head to the London Pass website and look at their list of attractions. You may be surprised by the sheer diversity of the deals included under the scheme, so it’s always worth checking the site to see if your attraction of choice is covered.

How Much Could I Save?

It all depends on the numbers. The two vital factors are: how long are you staying, and how many attractions do you intend to visit?

If you’re planning to stay for a day or two, then you need to be visiting a number of attractions a day to make it worthwhile. The pass normally begins to save you money after your third visit, so if you have a tightly packed day full of sightseeing ahead it’s a solid bet. On the other end of the scale, if you’re staying for a week, a 6 day pass is a mere £97, meaning you only need to see 1 attraction a day to break even, and everything else from there on is pure savings. Long term stays are the ideal partners for London pass attractions, and you’ll easily reap the rewards if you combine the two.

Regardless of the length of your stay, if you are planning to pack in the activities, a London attractions pass is perfect. A £44 one day pass will easily save you double its value if you’re planning on seeing a lot of things that day.

How do I Get One?

Order online. The official site has the normal listings, but it’s often worth shopping around. Ordering from an affiliate can often give you a 10% discount code, which will make all the difference for families and groups. A word of caution however: make sure that the site is official and has a recognised payment method before proceeding. Never give out your card details to a source that you don’t entirely trust.

Tips and Tricks for Using the London Pass

. This is one of the best way to get London attraction discounts, and is often cheaper than using a discount for one attraction than paying full price for others.
. Last minute bookings can still be made via the official website, so it’s not too late to get a London attractions pass, even if you’re already in the capital.
. Many attractions allow those with a London Pass to skip the line and go straight in. This is especially useful for those places that have separate queues for both tickets and for entry.
. Restaurants and shops often give London pass discounts: be sure to ask before making your purchase.
. Don’t forget that it’s not just tourist sites: high quality cultural attractions like the Globe Theatre, home of Shakespeare, are also included in the deal.