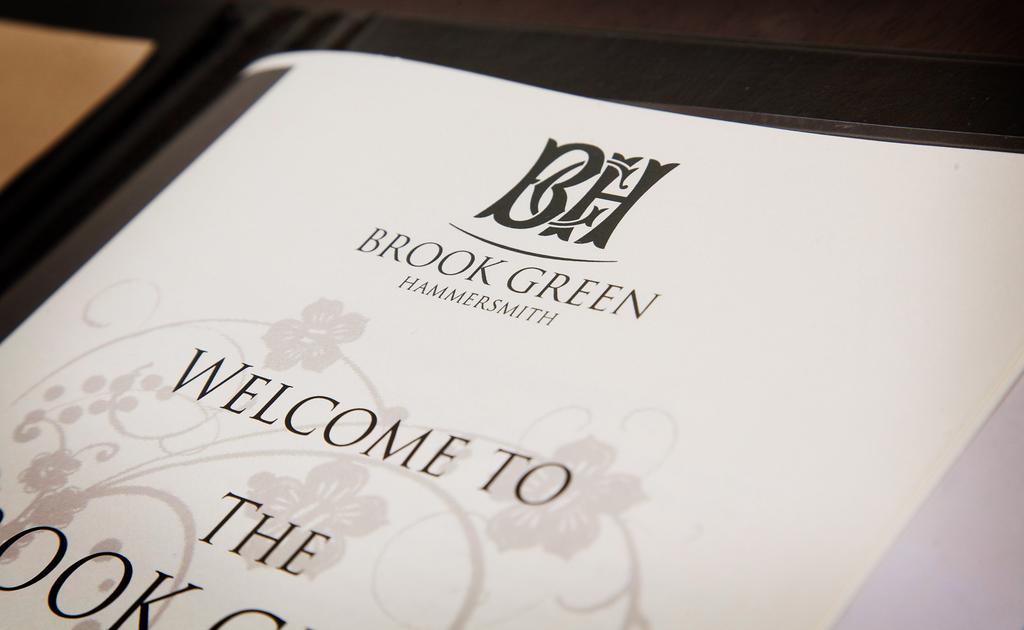 Not everyone wants (or can afford) to stay in the luxurious, five-star hotels – the hotels that have three-star classification are also pretty good, offering all the usual amenities for the more affordable prices. In this article, best London three-star hotels, we bring you the seventeen of such hotels that can, in our opinion, provide a very comfortable (and even memorable stay) to the guests. We found that these places are, actually, very close to the luxurious hotels in almost everything and that there are more and more of them everywhere around the city. Many of them are independent, but there is also a large number of three-star hotels that are part of some UK hotel chains, such as the Premier Inn or the Holiday Express. You will find that the accommodation that the three-star hotels offer is amazing – there are functional bathrooms, comfortable beds, the Internet access, flat-screen television, and many other things. These hotels, in most of the cases, also have restaurants and bars, with some of them even having pools and gyms. One might even think that staying in a five-star hotel makes no sense anymore – the best three-star hotels of London are just as good and comfortable! 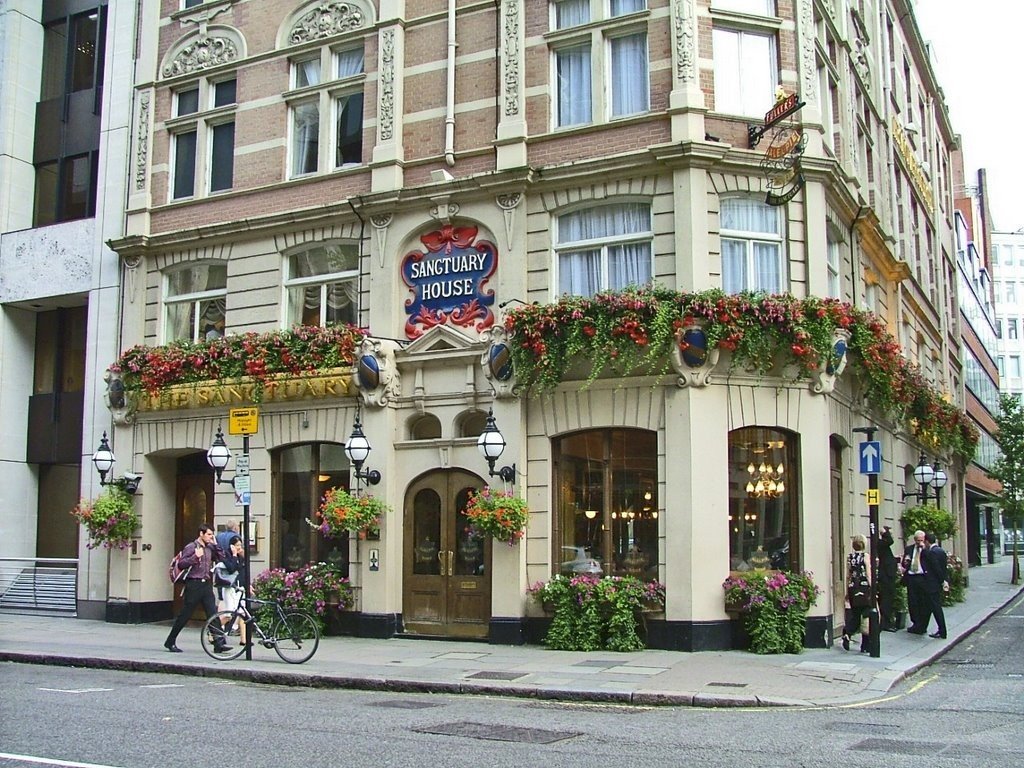 The first of the three-star hotels on our list is going to be the Sanctuary House Hotel, which can be found on the Tothill Street, just west of the Westminster Abbey. This hotel has some very nice rooms that come with the free Internet access, modern TV screens, and also have machines that will allow you to make tea and coffee. There are also the upgraded rooms, and they add the things such as vintage decorations and the mini fridges. 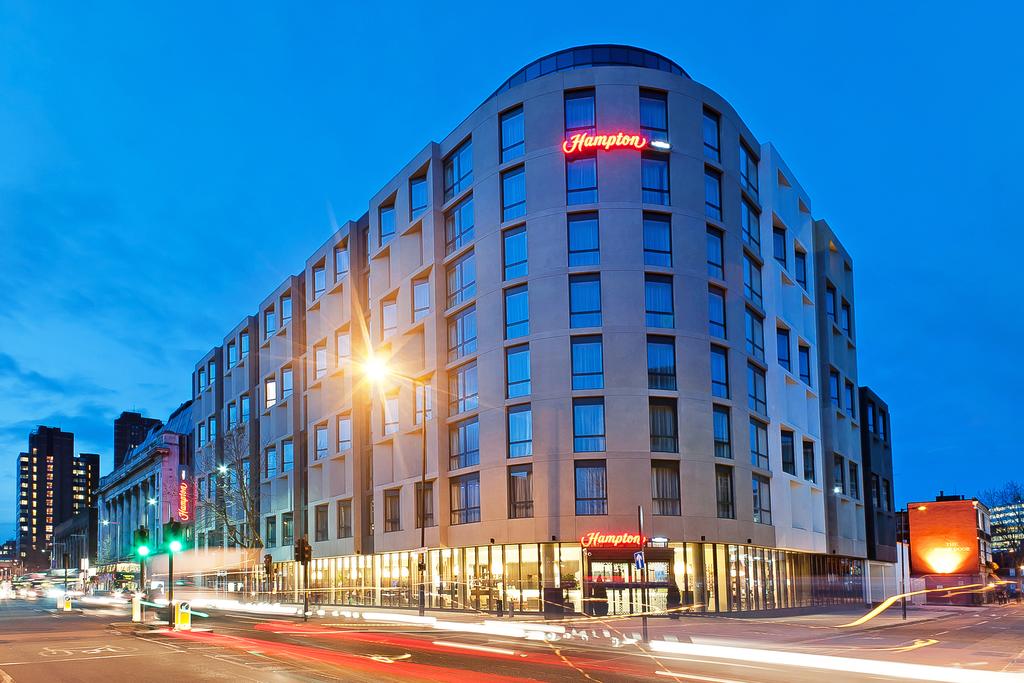 As we already said in the prolog, this is one of those hotels that are a part of a larger chain. Hampton by Hilton can be found on the Waterloo Road, not far from the London Eye and the Tower of London. It is a very fine three-star hotel, this time having some casual rooms that are equipped with the modern TV screens and the free Internet connection, with the addition of the custom-designed beds. This hotel also has a fitness room, as well as the simple bar. 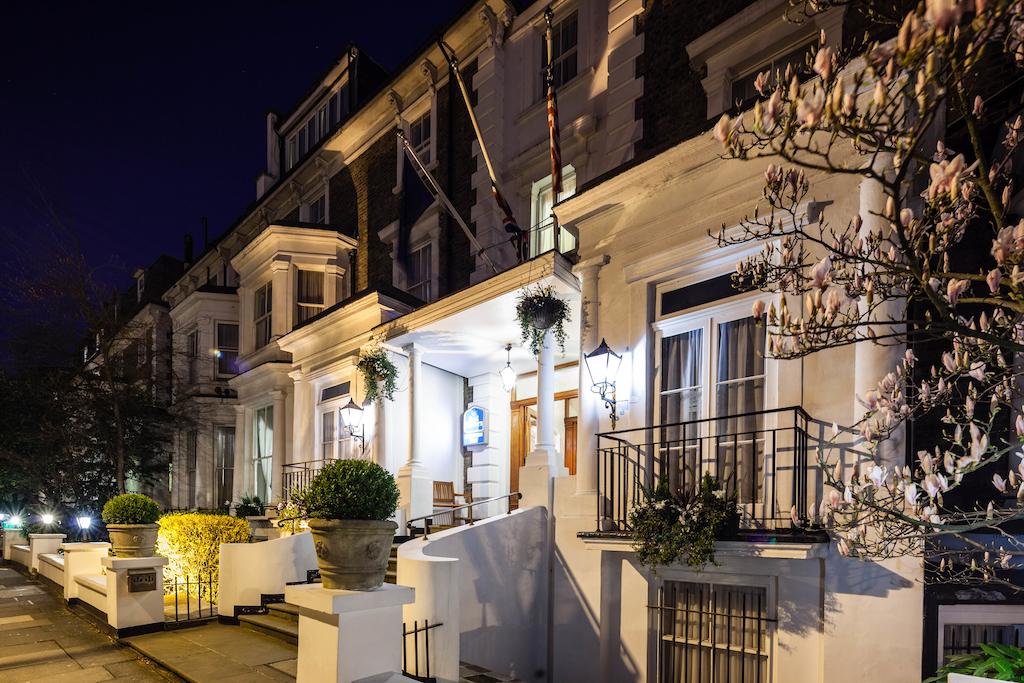 Of all the three-star hotels that we visited, this was the one with the coziest atmosphere. Owned and run by the BEST WESTERN chain, the Swiss Cottage Hotel is located on the Adamson Road, just east of the Swiss Cottage station. The rooms are, unexpectedly, individually designed, and have Victorian furnishings and some fine artwork, as well as the usual modern amenities. The breakfast requires a surcharge, and there is a very elegant lounge with a piano, and beautiful chandeliers. 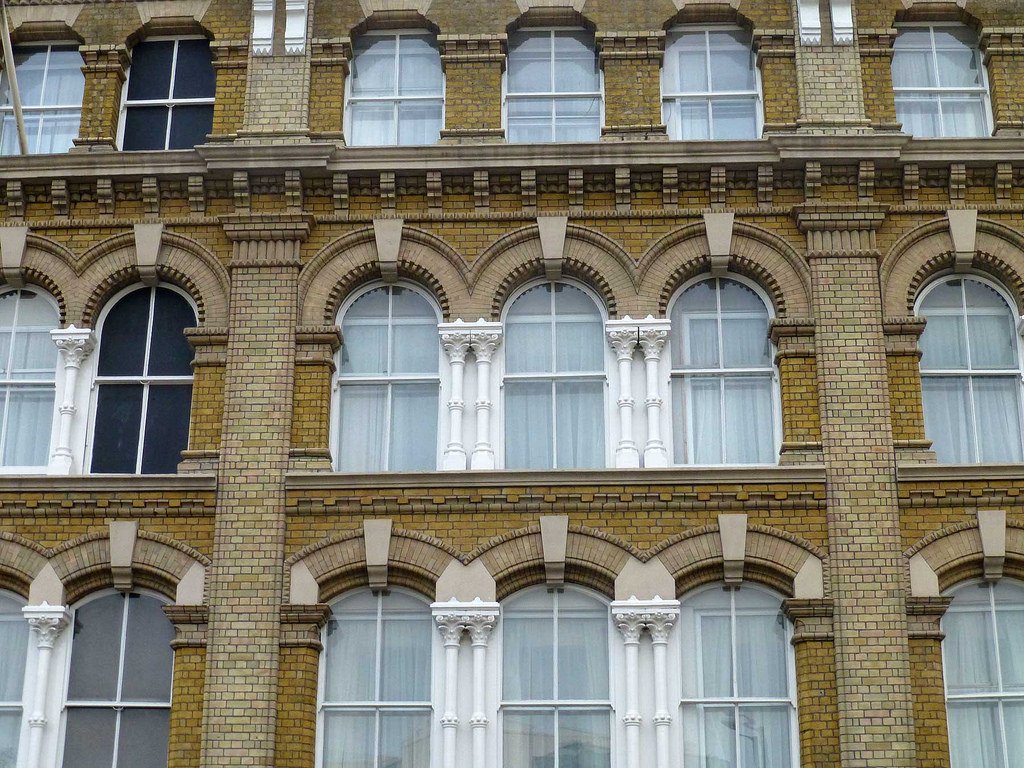 Have you ever heard about the Mad Hatter? This is a character from Lewis Carroll’s Alice, published in 1865, whose name is also the name of this modern hotel that is situated on the Stamford Street, which is just south of the Blackfriars Bridge. The hotel is set above an old Victorian pub and has the plush rooms that feature the contemporary design, and are equipped with bathrobes, Wi-Fi, and television. The guests can go down to the pub and have a drink or a meal. 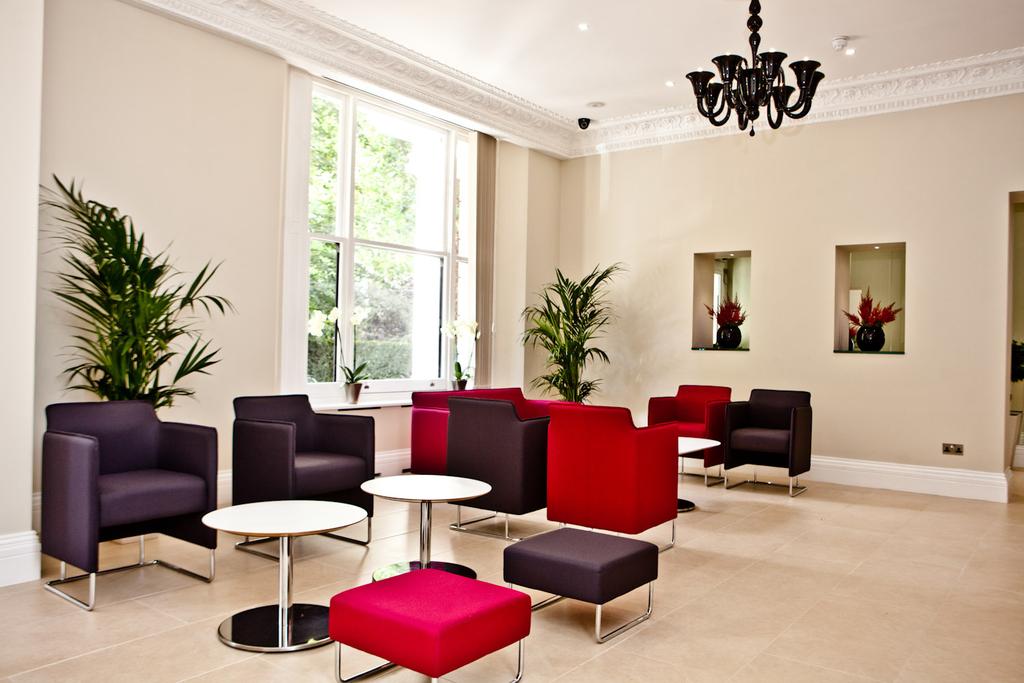 Behind this simple name hides a simple hotel that has straightforward but functional rooms that are equipped with air-conditioning, flat-screen TVs, and the mini fridges. The building that houses the hotel dates from the 19th century and is very close to the Hyde Park, as well as to the Whiteleys Shopping Center. The closest station would be the one at Bayswater, and we should also mention the Wi-Fi connection is free throughout the building. There is also a breakfast room, but the breakfast itself requires and additional fee. 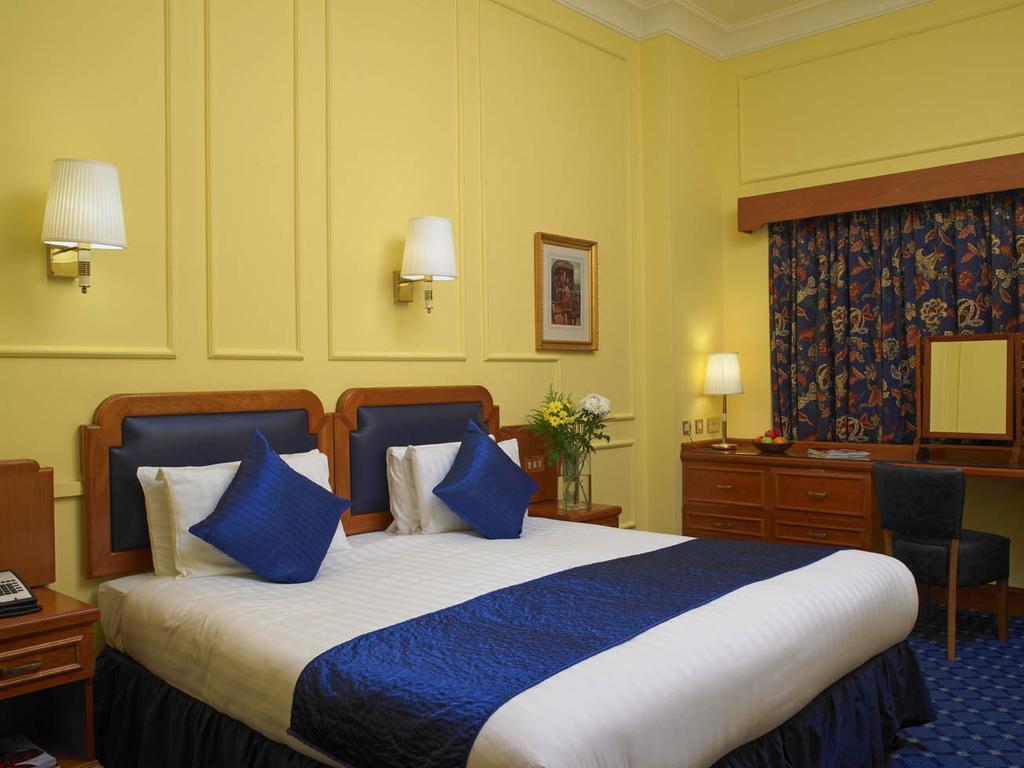 As you can see from the name, this hotel is located at the Lancaster Gate, which is north of the Hyde Park, only a minute of walking away from it. It is a three-star hotel that has very modern rooms, featuring the air-conditioning along with the usual set of amenities. The breakfast at the Lancaster Gate Hotel requires a surcharge, and the children who are under the age of 12 can stay for free, with the adults. There are also some meeting rooms for the businessmen. 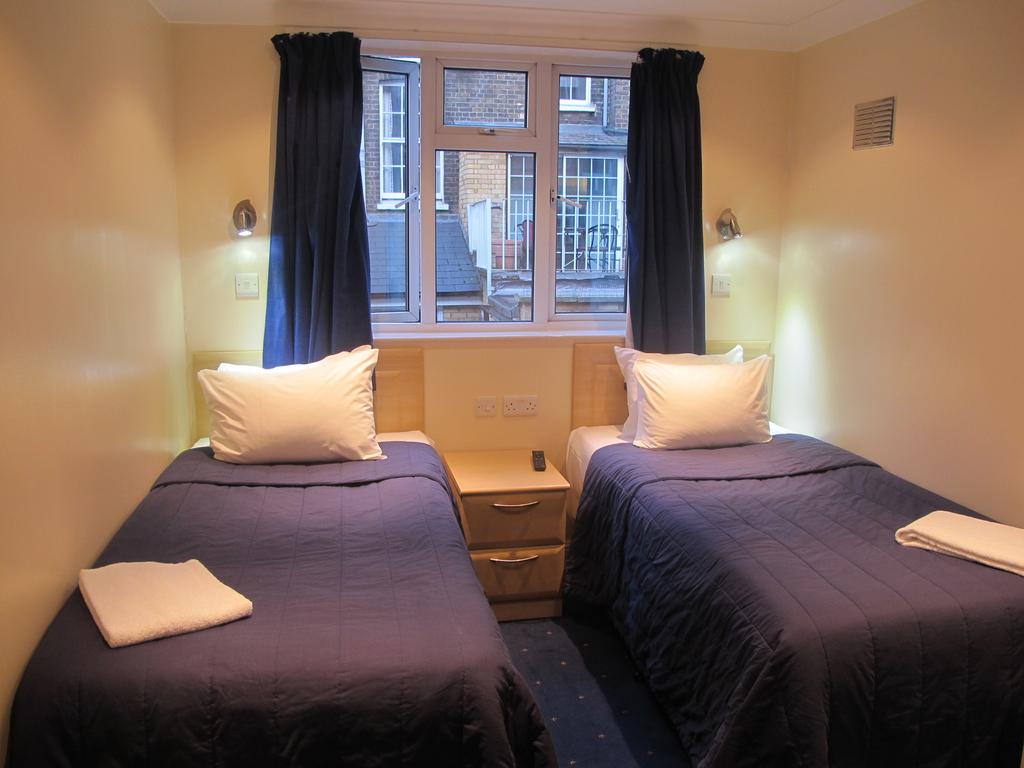 This budget three-star hotel can be found on the Argyle Street, having a pretty good location since it’s really close to the St. Pancras international train station and it takes only a mile of walking to get to the British Museum. The rooms are, as expected, simple but very functional, as they come with some desks, modern TV screens, as well as with the coffee machines and the free Wi-Fi access. Most of these rooms have the en-suite bathrooms, and the breakfast is provided for free. 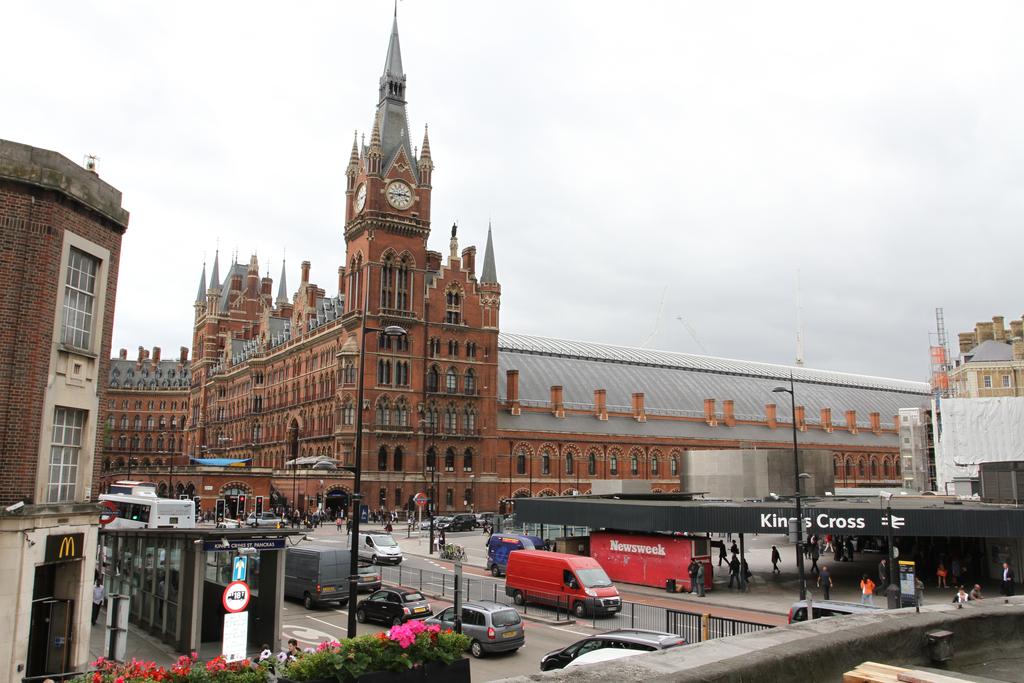 The next three-star hotel is the King’s Cross Inn Hotel, located at the Euston Road and being very close to the St. Pancras train station, as well as to the Regent’s Park and the world-famous British Museum. The King’s Cross Inn Hotel provides its guests with a free continental breakfast, but there is also an Italian restaurant, as well as the bar. The rooms are fairly simple, coming with all the usual stuff – coffeemakers, TVs, bathrooms, fridges, and the Wi-Fi connection. 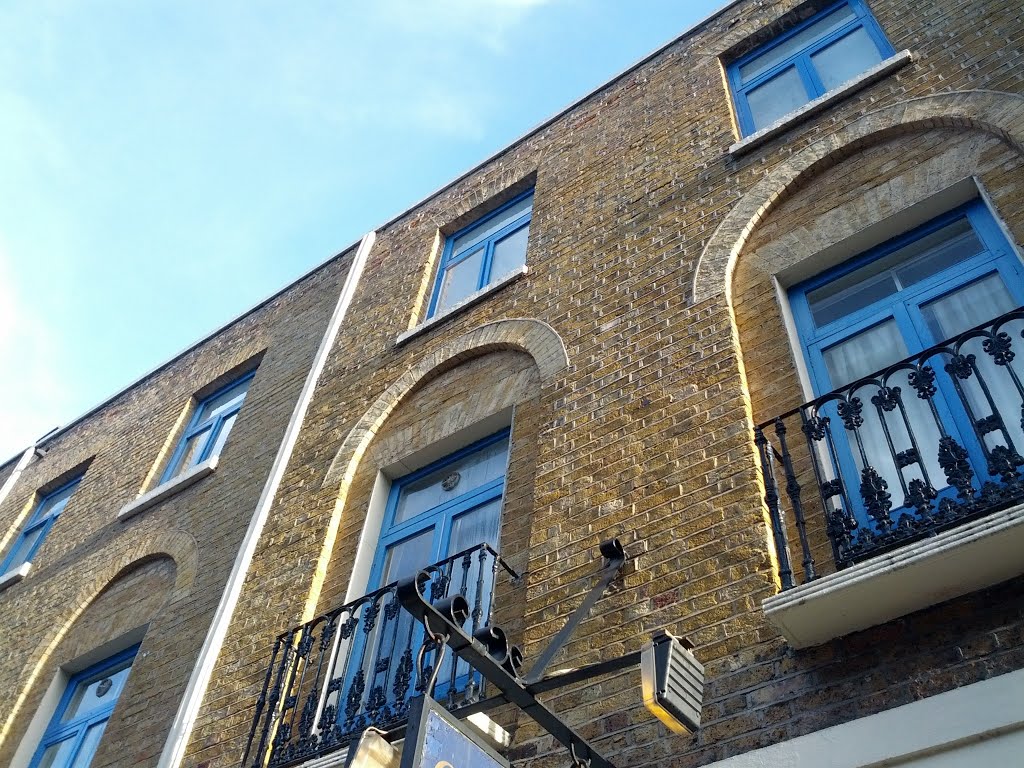 The Crestfield hotel is a simple place that is sure to make your stay pleasant for a reasonable sum of money. It offers the basic accommodation that includes amenities such as the television, bathrooms, coffeemakers, and the access to the Wi-Fi. Other than that, the Crestfield Hotel also features the bar that works throughout the whole day, and the guests are also served with the continental breakfast. It takes only three minutes of walking to get to the St. Pancras station, which means that the guests can easily access other parts of the city. 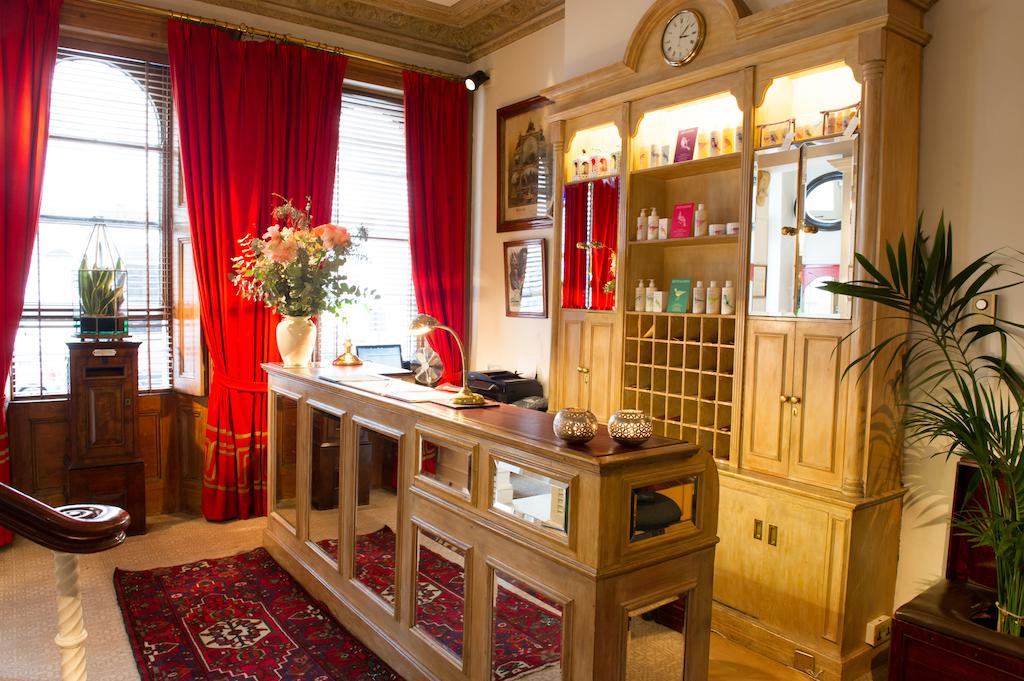 The tenth place on our list of the best London three-star hotels goes to the Portobello Hotel, which can be found at the Stanley Gardens, northwest of the Hyde Park. We really liked this place, since it offers the guests to stay in the romantic, quirky rooms that have some beautiful antique furnishings and come with the air-conditioning, television, and the much-needed free Wi-Fi connection. The upgraded rooms are, of course, even better – they add freestanding baths and the amazing wall murals. 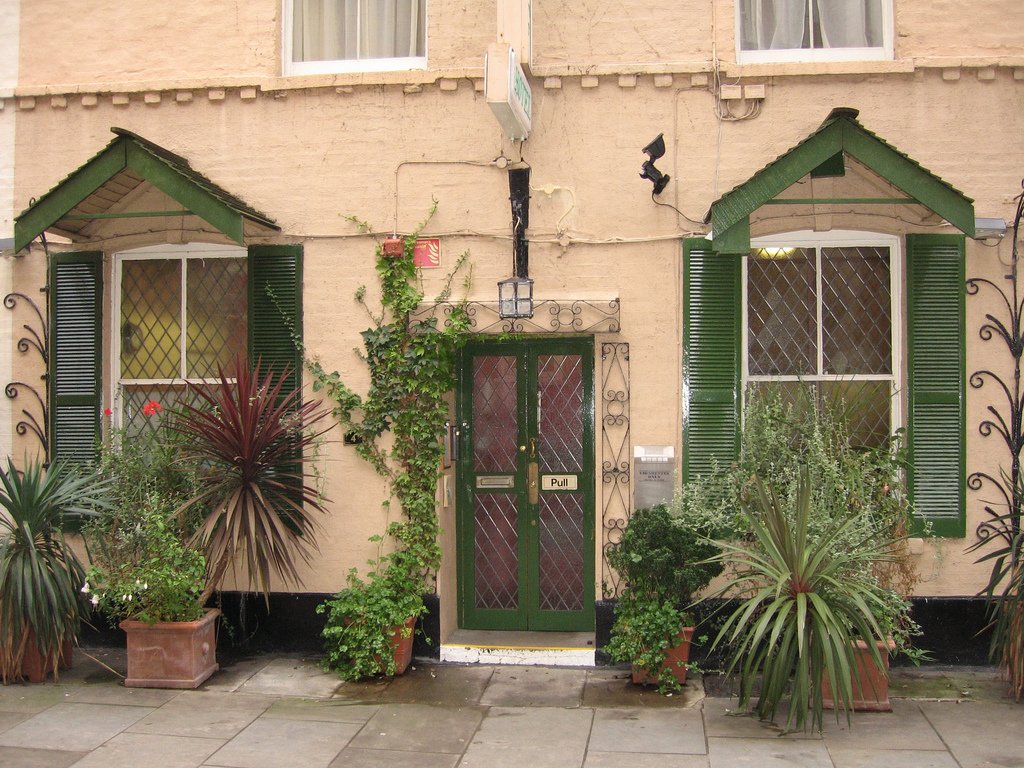 Situated in the area of Covent Garden, this three-star hotel is one of the best budget hotels in London. The location is great – the street is lined with the 19th-century gas lamps, and the hotel itself is pretty close to both the Royal Opera House and to the numerous shops, bars, and restaurants of the vibrant Covent Garden. Even though they’re simple, the rooms of the Fielding Hotel are functional and feature free Wi-Fi, television, machines for the hot beverages, as well as the beautiful Victorian-style decorations. 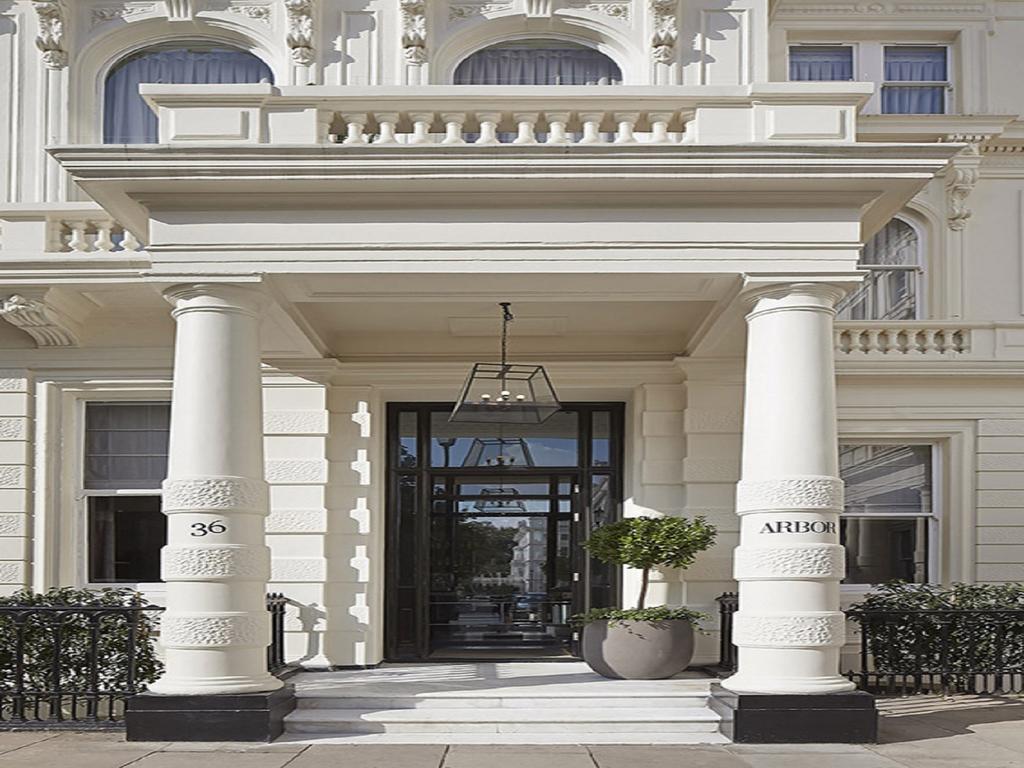 As the name says, this hotel is pretty close to the Hyde Park, being just a mile away north of it. The rooms of the Arbor Hyde Park hotel are very chic and have a certain vintage feeling, with the beautiful, posh bathrooms which feature heated floors, as well as the flat-screen TVs and the free Wi-Fi connection. There are also the coffee machines while the suites add some sofas. The Arbor Hyde Park hotel also has a combination of a lounge and the bar. 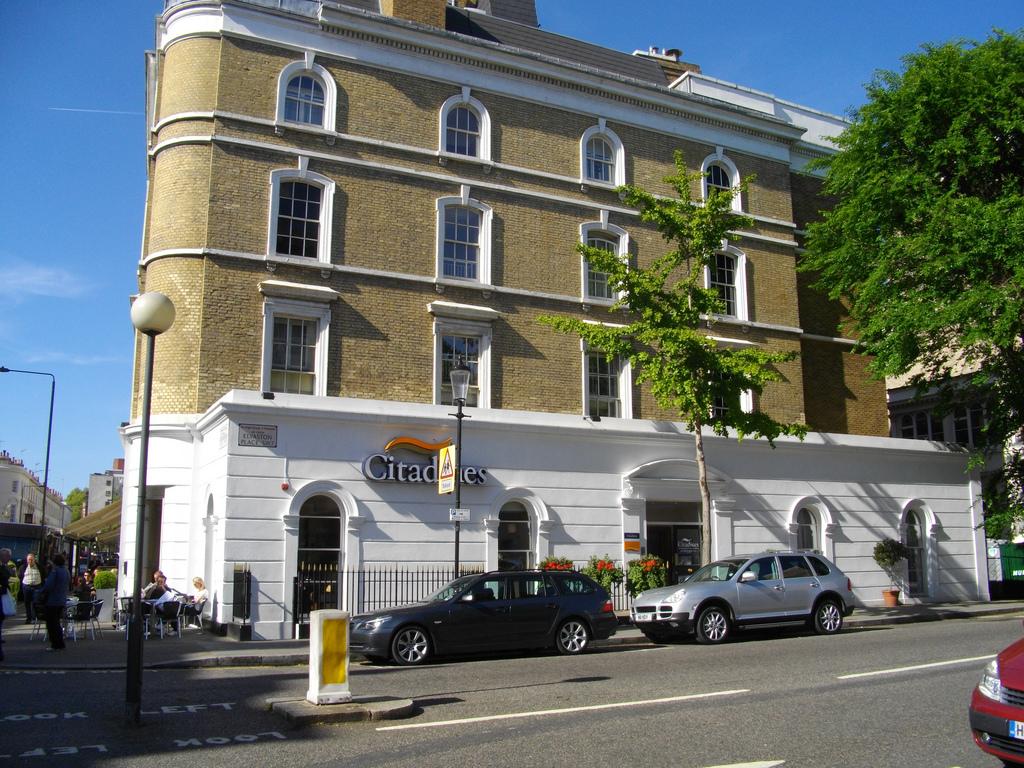 This three-star hotel is situated on the Gloucester Road, very close to the station on the same road and to the Natural History Museum. Here, the guests will find the contemporary decorations, as well as the modern kitchens and the pull-out sofas. There are also the W-Fi connection and the modern TVs with the satellite channels, and the Citadines South Kensington also features a Mediterranean brasserie that can also deliver the food to the rooms for free. We liked the lobby – it is comfortable and has a flat-screen TV. 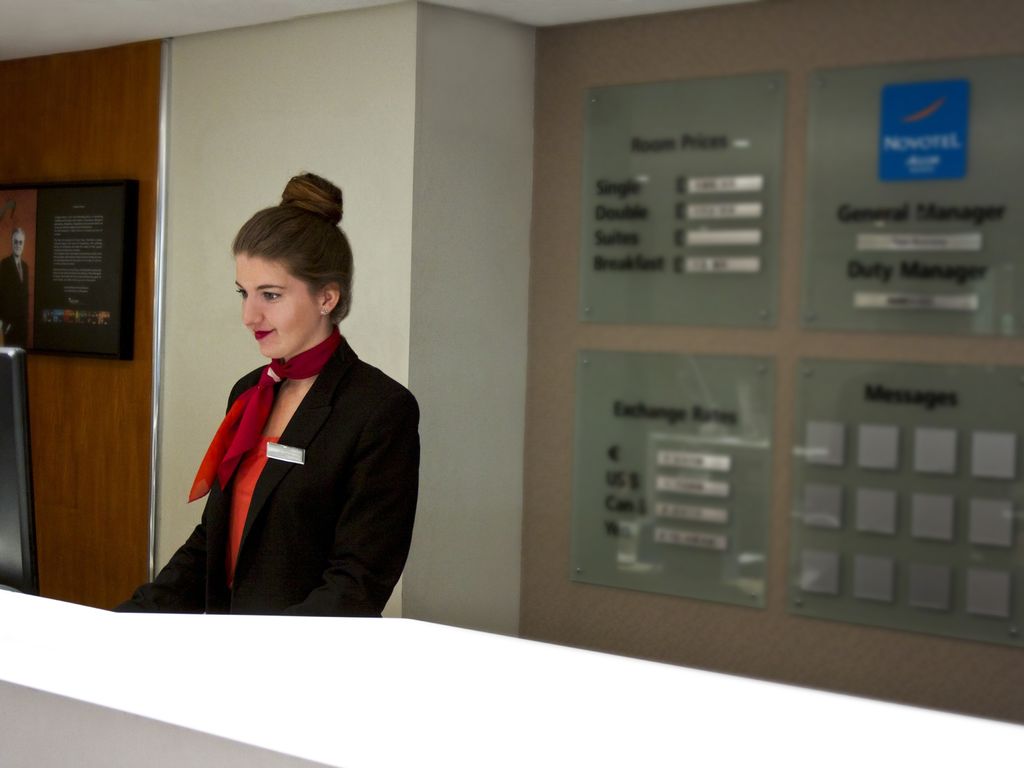 The suites of this hotel have been designed by Anouska Hempel and are decorated with some pretty nice-looking contemporary furnishings, making the place look pretty luxurious. All of these rooms feature the free Wi-Fi connection, modern TVs that also have the DVD players, as well as the desks, mini bars, and the handmade beds. Some of the suites also have the Jacuzzi baths. The Nottingham Place Hotel also has a beautiful library that’s filled with books, art, and some DVDs. 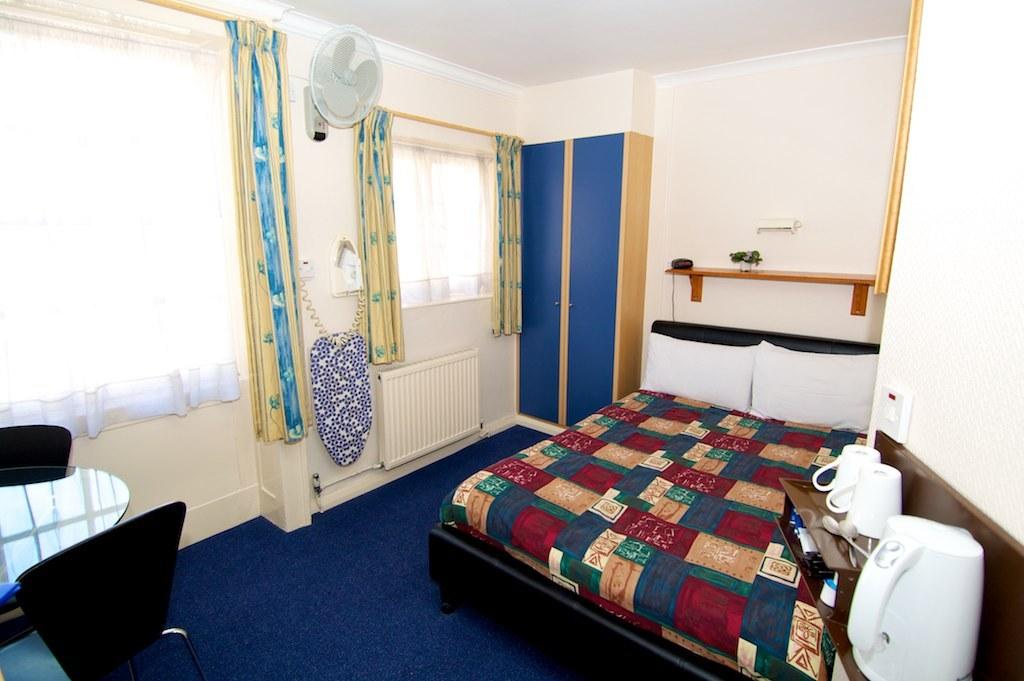 The next three-star hotel on our list is the Hadleigh Hotel, located on the Upper Berkeley Street and featuring some basic but very colorful and functional rooms that come with free Wi-Fi connection, television, and safes. There are also the usual coffee and tea machines, and some of the rooms also have small kitchens. Those guests who wish to take a walk through the Hyde Park can do it easily – the Hadleigh Hotel is only five minutes away from this beautiful Royal Park. 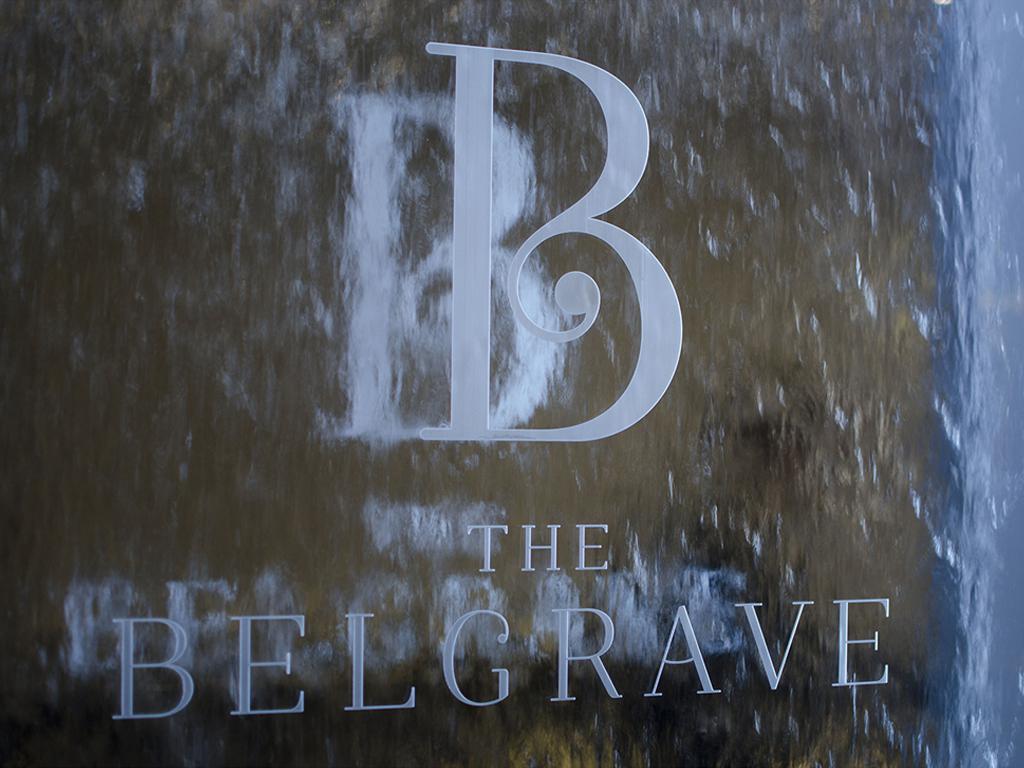 This particular three-star hotel spans four Georgian houses on the Belgrave Road, just north of the Pimlico station. It is a family-owned place that has rooms that feature individual designs and the air conditioning, as well as the smart television and the rainfall showers. The Wi-Fi connection, unfortunately, requires a surcharge. The Belgrave, like most of the hotels, also has the upgraded rooms, and in this case, they add iPod docks and desks. There is also a very sleek and elegant cocktail bar.

To conclude our article about the best three-star London hotels, we’re going to take a look at the Brook Green Hotel, located at the well-known Shepherd’s Bush Road. It is housed above the gastropub and has the individually designed rooms that come with the flat-screen TVs, iPod docks, machines for hot beverages, fridges, and the Wi-Fi connection (which is free). The Brook Green Hotel also serves its guests with the complimentary English breakfast, and the whole place is less than a mile away from the Westfield shopping center.