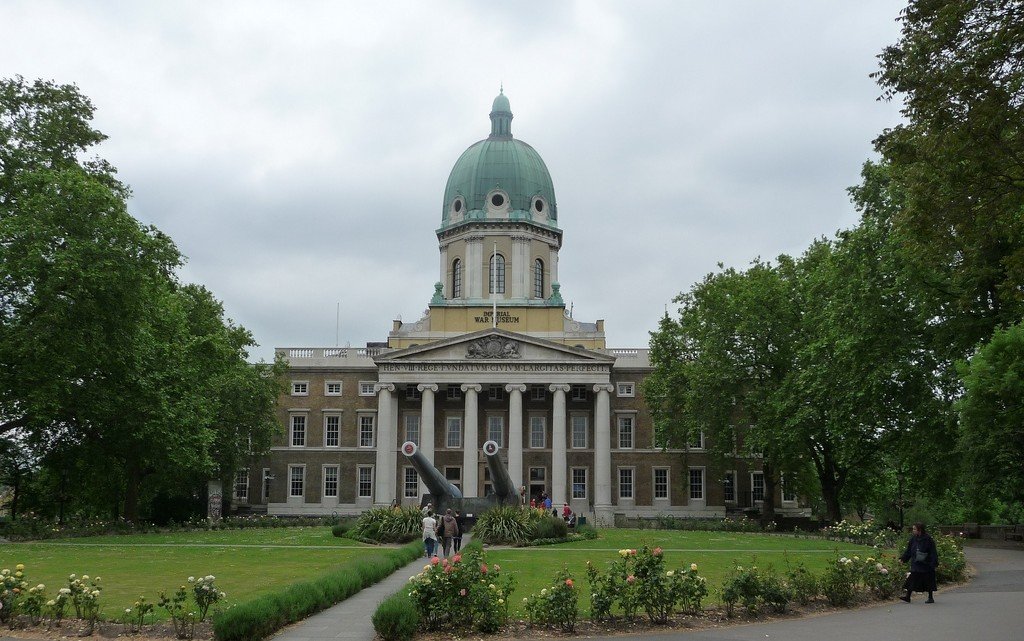 Established in the year 1917 the Imperial War Museum forms with the British national museum organisation which expands to five locations with three museums located in London itself. The Imperial War Museum was founded on with the purpose to record the effort of civil and military wars, Britain’s Empire in the first world war and Britain’s sacrifice. The museum houses every conflict by which the Commonwealth forces and the British were involved since 1914. Since the year 2012 the museum aimed ‘to provide and encourage the understanding and study of the of Modern war and Wartime experience”.’ The theme of the museum is based on the routine life lived by both the soldiers and the citizens during the both the world wars. The establishment of the Imperial War Museum has taken its turn when Sir Alfred Mond who was the First Commissioner of Works and a Member of the Parliament wrote a proposal to David Lloyd George who was a Prime Minister during that period, that a National War Museum be established. This proposal of such a museum was accepted by the War Cabinet on 5 March 1971 which followed by the announcement on 26th March by The Times.

Chaired by Mond, a Committee was formed to finalize over the collection of the materials which were to be exhibited in the museum. The National War Museum’s Committee then initiated over collecting materials in relation to Britain’s war effort thus subdividing the Committee to examine such topics like the Navy, the Army, women’s war work and military weapons. Though the early exhibits reflected on the personal experience, the museum first Director General, Sir Martin Conway proposed that the exhibits should ‘be vitalised by contributions expressive of the valour, the action, the experiences and the endurance of individuals’. The curator of the Tower of London Royal Armouries, Charles John Ffoulkes was the secretary and curator of the Imperial War Museum. After the resolution from the Dominions and India Committee of the museum changed its name to the Imperial Museum in July 1917. The museum was inaugurated at the Crystal Palace by The King on 9 June 1920. During the opening of the ceremony, Sir Alfred Mond has addressed the King on behalf of the committee by saying ‘it was desired to establish the museum so complete, that everyone who shared a part in the war, however obscurely, would find therein an example or illustration of the sacrifice he or she made and that the museum was not a monument of military glory rather only a record of toil and sacrifice’. Just after the ceremony the Imperial War Museum Act of 1920 was passed and has established the Board of Trustees for the supervision and governance of the museum. 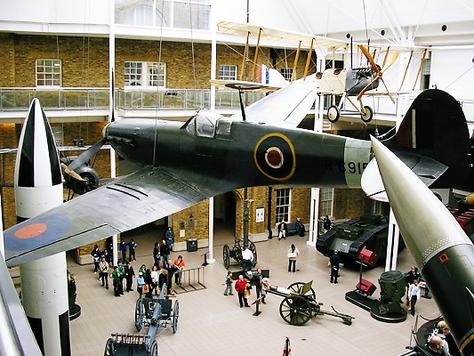 History of the Collection

The museum during the second world war in the 1939, started acquiring material which documents the conflict. The presumed Phoner War on November 1939, The museum had its appearance in an opening sequence in The First Days produced by the GPO Film Unit, pictured in the movie, are children playing on few of the museums German artillery fragments which were obtained by the museum. After the evacuation of the British from Dunkirk during May and June of 1940, the equipments of British Army shortages had eighteen of the artillery pieces to be returned to the Army service from the Museum. The Home Guard used the museums trench clubs and other items which are optical and sights instruments have been returned to the Ministry of Supply.

The historic objects like the naval gun which fired the first shot that was of HMS Lance or even the Victoria Cross gun by winning boy seaman Jack Conwell are featured in the museum’s collection were refused to be returned back. The Museum was closed down during the war in the month of september 1940 due to the Blitz, struck by a Luftwaffe bomb on 31 Jan 1941 in the museum’s naval gallery destroying a number of a number of modeled ships along with a Short Seaplane that was used at the Battle of Jutland. During the period when the museum was closed it served for many various purposes such as a garage for repairing motor vehicles of government use and as a center for civil defence lectures of Air Raid Precautions and also a training school for fire fighting. A temporary exhibition in the museum was set up in the month of october 1945 which was the first since the war ended in August the the museum’s exhibits were technologies which were developed by the Petroleum Warfare Department such as the PLUTO that is a submarine fuel pipeline, FIDO which was a method of fog dispersal, Churchill Crocodile which was a weapon of flame and Wasp the Universal Carrier. Though the museum was closed down after the bombings to both the buildings and the exhibits, it had slowly and gradually reopened its galleries and in due course the museum reopened a part of its galleries in the month of November 1946. Further the museum opened the third building in 1948 and later expanded its wing in the year 1949.

Housing a wide range of objects the museum is completely organised with numerous collection which a smaller such as the badges, uniform, flags and insignia that are included with a 1942 British surrender of Singapore Union flag, a Canadian Red Ensign that was carried at the Vimy Ridge in 1917 and another Union flag found under the wreckage of the World Trade Center. Exhibited are also souvenirs, public mementos and miscellanea like orders, medals, decorations and trench art also the collections of the Victoria and George Crosses. Housed in the museum are also military equipment, ammunition and firearms, edged weapons, ordnance, clubs like in trench clubs, other weapons, vehicles, ships and aircrafts. this amazing collection of the Museum also hold a collection of contemporary firearms that include an automatic pistol which was owned by Winston Churchill and a Rifle which was used by T. E Lawrence. This museum has a collection from both the world wars such as a bus used by British Force during the First World War and a set of vehicles that were used by field Field Marshals Montgomery in the Second World War. The number of visitors in all the branches of the Imperial War Museum are over two and a half million visitors every year.