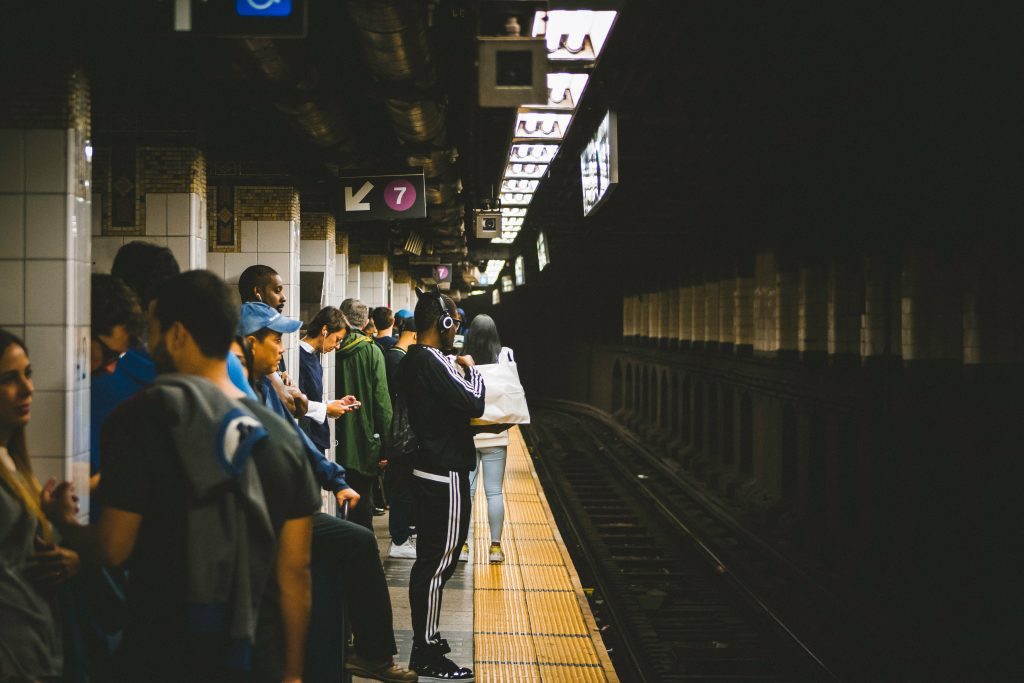 During the last decade, the public transport scenario of London has changed. Policies implemented by operators of public transport have greatly influenced the process, eg. level of fares and type of ticket.

There are no doubts about the positive effects of the fares and tickets policies on the use of the public transport system in London. Car ownership has probably had negative effects until 1984, when car commuting was increasing. Since then, car use into Central London has decreased, partially due to the contribution of restrictive policies regarding the traffic and parking in the central area. A major change in policy, called ‘fares fair policy’, was seen in 1981. It comprised an average reduction of 30 % on bus and underground fares, and the replacement of the distance-based fare by the zonal fare structure.

Four zones with a corresponding zonal fare-scale were created for the bus system. For the Underground, the central area comprised of two zones with different prices, but outside this region the distance graduated fare was kept as before. During this period, local governments were supposed to decide the level of revenue that should be allocated to support public transport. The ‘fares fair policy’ was a consequence of this belief, and the reduction in fare was financed by a supplementary rate levelled on the London Boroughs. However, the Conservative-controlled London Borough of Bromley challenged the legality of this policy adopted by the Labour-controlled Greater London Council.

The House of Lords concluded that the Greater London Council had no legal power to adopt a policy which was known a priori to be loss-making in the London Transport operation and it reaffirmed that subsidies should be permitted only in the cases where deficits were unavoidable (see Mackie (1987)). As a result of this, in March 1982 average fares were doubled and there was a consequent reduction of 15 % in London Transport traffic. According to Bayliss (1987) such a drop in traffic was accompanied by a “substantial diversion of ‘core’ long-distance Underground traffic to British Rail and commuter coaches, with corresponding increase in car and two-wheel traffic, leading to increased traffic ongestion”. In addition, the ‘just the ticket’ policy was introduced in 1983 and fares were reduced by nearly 25 %. As a result, fares stayed in a position midway before

and after the ‘fares fair’. Around this time the full zonal system, comprising areas of 5 concentric rings was introduced, as well as integrated zonal travelcards for bus/underground. As a consequence, increases of about 16 % in passenger miles and of 11 % in passenger journeys were observed, with a bigger proportion of increase in underground compared to buses. During the following two years, no other alteration was made to the system, and the increases in traffic continued for the period 1983 to 1985 with growths of 10% and 24% for bus and Underground respectively.

In a study about traffic trends in London, Fairhurst et al. (1987) observed that the increase in bus and Underground traffic could be partially attributed to the introduction of travelcards and zonal fares, because passenger miles and passenger journeys had presented growth rates larger than the revenues obtained. Then, in 1985 fares were increased once more in order to recover the real level prevailing in 1983. Other kinds of ticket were introduced : ‘off-peak ticket’, ‘one day ticket’, and the so called ‘capitalcard’, which permitted the mutual use of British Rail and the London Regional Transport (Underground). In 1988, the average increase of 9.5 % in fares was in excess of the current inflation, however since 1984 fare increases have kept in line with inflation and below the growth in earnings. A policy of full integration came in January 1989, when the capitalcard was replaced by a new ‘travelcard’, which could be used in any of the three modes of public transport of London (bus, underground and rail).

The gains in the public transport have been retained and continue to increase over time. (see Terzis(1988) and Fairhurst et al. (1987)). However, slight decreases in the number of people entering Central London by public transport were observed in 1989 and 1990. This basically reflects the decrease experienced by the underground, which was found to be very sensitive to the BR and bus fares (Fairhurst (1981).

Glaister (1991 ) concluded that “contrary to general public perception, the average rate paid per mile travelled has fallen markedly over the decades as a proportion of average earnings”. This was based on the fact that during the period 1948-89, income of the travelling public had an approximately constant real growth rate of 3% pa, considering weekly earnings of men in work in the London and South East area, and ignoring increases in the level of unemployment. Using this measure the author found that the Londoners are 2.2 times more wealthy in real terms now than they were in 1963. This supports the hypothesis that the increase in average distance travelled by commuters to Central London is related to the fact that people can afford to live further out and commute longer distances.

Furthermore, that travel costs play an important role on the decision about residential location. These issues are fully discussed in chapter 7. Glaister (1991 ) illustrated this effect using a time series of the average fares paid as a proportion of earnings, which is depicted in figure 2.2. It shows a continuous decline in the percentage of weekly earnings required to purchase 100 passenger miles. In fact, fares have generally risen in real terms, that is after correcting for inflation by applying the index of retail price. This is clearly shown in figure 2.1, which depicts the real average fares paid over 1963 to 1990. Some reductions were observed in this period, but of significance were the falls in 1982 and 1983, particularly in the underground.

Since the Network South-East assumes the short-term elasticity of -0.3, for the commuter traffic, and for other travels -0.7, commuter traffic is not considered to be very responsive to the level of fares (see The Monopolies and Mergers Commission (1987)). The fares structure generally follows a standard price by distance travelled, though proportionately more for very short distances. However, as far as the quarterly and second class season ticket is concerned, the travelcard seems to slightly favour short trips.

Concerning the zonal ticket for both Network South East and London Regional Transport, the Monopolies and Mergers Commission(1987) stated that “The weekly season is thus priced at 80 to 85 per cent of ten single fares for short trips tapering to 50 per cent or less for journeys of 50 miles or more. The monthly season ticket is priced at a 4 per cent discount on four weekly tickets and the annual at the price of 40 weekly tickets. The effective discount, after the calendar month adjustment, on a monthly ticket is, currently, 11 per cent compared with the weekly rate. ” Car use in London has certainly been favoured by company subsidies. According to the Greater London Council (1985), around 19% of the cars used for commuting into Inner London, and 16% of those to Outer London were company subsided.

Moreover, 45% of cars terminating in Central London were company cars, and 77% of them had subsidy for motoring costs. For the latter, a significant proportion of 54% reported to have assistance of free parking space. The Greater London Council study also concluded that a great transfer to public transport would be expected for commuting into Central London if company car subsidies were eliminated. In 1985, the modal split for commuters benefited with company car was 60% by car and 40% by public transport, whereas the exact inverse proportion for those with access to private car. A relation of 5% by car to 95% by public transport was found for commuters with no access to cars.

A study by the National Economic Development Council (1990) pinpointed evidence that in the U. K. the company car is being used as a form of income. As such, company cars are associated with employee’s personal status, with the implications of high engine size and petrol consumption. The analysis also highlighted the higher mileage driven presented in the U. K. and Scandinavia when compared with other countries in Europe. Increases in car mileage could not be corroborated by the road data investigated in this thesis, however strong evidences of increase in commuting distances were found.

Regarding rail subsidies, Sly (1986) found that 34% of BR commuters received loans from their employers to purchase season tickets. A proportion of 30% were related to journeys to Central London within 10 mile distances, whereas 52% in journey distances between 20 and 50 miles. It seems that car subsidies overwhelm the rail ones, particularly if one considers the additional help concerning parking and services.

The real average fares have generally risen, but the average rate paid per mile travelled has fallen as a proportion of average earnings. This certainly has favoured the long distance commuting, who could afford living out the city The relative benefits of travelcards might have had positive consequences on the level and distribution of commuting during the 1980’s.

As a matter of speculation, it is likely that short distance commuting would be promoted at the expense of the long distance. The growth in commuting over the 1980’s, even when the London economy was badly affected by a shift of jobs, is a striking issue. The combination of factors such as long trend population decent ral isation, specialisation of the London job market, and the changes in the relative housing prices at different distances have certainly played an important role on the decisions of living further out and commuting long distances.

Questions concerned with the influence of location decisions and other elements related to the travel system and attributes on the work trips to Central London will be tackled in further chapters.