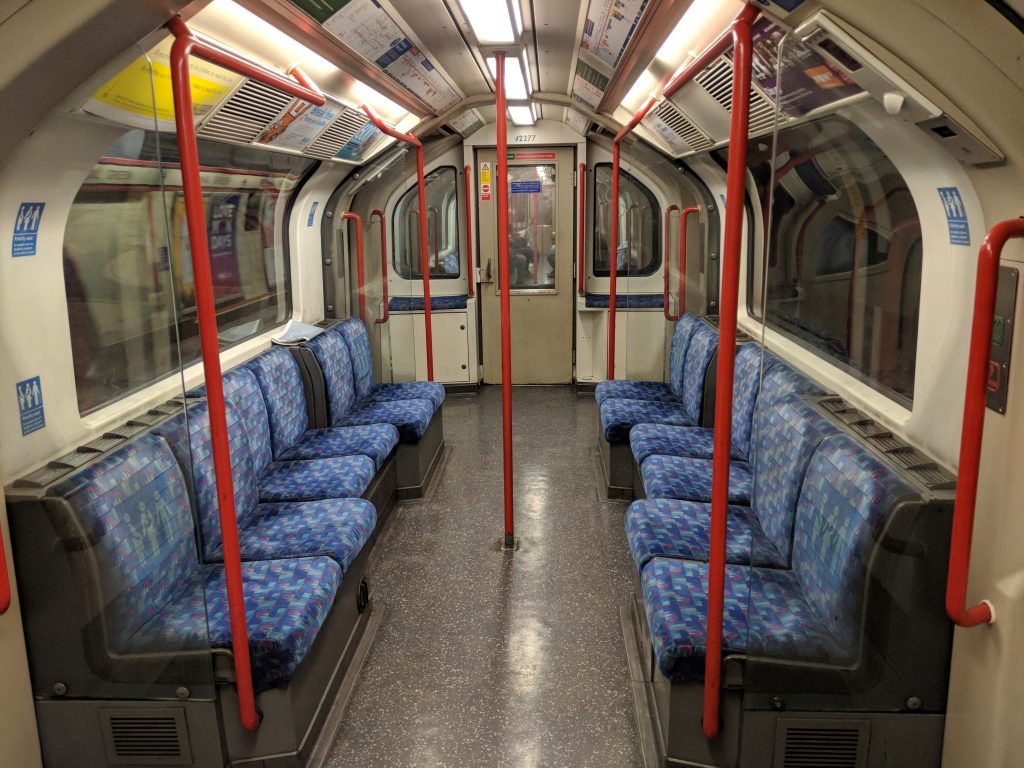 A vast number of studies have been carried out concerning rail commuting into Central London. One of the earliest analyse involving this particular segment of the passenger demand was conducted by Foster & Beesley (1963), who accessed the social benefit of constructing an underground railway in London. The authors attempted to explain the number of Central London commuters from different boroughs using regression analysis and the combination of journey time, social class composition and size of population.

Some studies were aimed to evaluate the effect of different policies on the public transport demand of the urban area of London, see eg. Fairhurst et al (1984), Terzis (1988). Some others were concerned with the inter-city rail travel in the UK, which usually included the analysis of time series ticket sales data of London-based flows (Tyler and Hassard (1973), Jones and Nichols (1983), Fowkes et al (1985), Owen and Phillips (1987)). The inter-city service covers the principal trunk routes of the British Rail network, and therefore has different characteristics of the sector that deals specifically with the London commuters services, provided by the Network South East. In spite of their importance as concerning the passenger demand in London, these studies are not directly focused on the commuting side.

Amongst others, the suburban rail travel to work regarding local authority areas of various distances from London were considered by Wabe (1969) and Hepburn (1977). Both studies used a regression analysis technique based on the Census of Population data. Wabe (1969) identified the social class composition of the borough as the crucial factor influencing the proportions of male commuters to Central London, followed by journey time, accessibility to two or three stations, and the availability of employment within the borough. Hepburn (1977) attempted to examine the effect of changes in the rail service (variables fares, frequency and journey time) on the patronage. Unfortunately his study was not very conclusive about fare elasticities, and there was strong evidence that factors other than the level of the rail service analysed affected the travel pattern of commuters. One of the few applications of the logit model was by Glaister (1983), who analysed the market share of different ticket types, for short to medium rail journeys to work into Central London. Mackett (1985) modelled the impact of the cost of rail journeys between London and Hertforshire, and considered an extended version of the residential and employment sub model of the Leeds Integrated Land Use Transport model (LILT).

The changes in the total number of residents working in London was assumed to be dependent on the allocation of workers to jobs plus their residential location and mode of travel. The author concluded that the decline in long-distance commuting to Central London would happen even if rail fares remained constant over the period 1981-86. Moreover, the number of relatively short trips by rail would increase to attend to the demand of commuters into London who would choose housing locations near their work places. Clearly, the forecasts were effected by decentralisation of jobs and population, as well as the increase in car-ownership over the period analysed. Consequently, the results of his study were not confirmed over the period 1981-1986, when the level of rail commuting from Hertfordshire to London had increased by 2% (see Hertforshire County Council (1990)). His conclusions about the effects of fare increases into Central London were corroborated by another study (see Mackett and Bird (1989)) using the same model but an area expanded to the South East Economic Planning Region.

The latter study suggested that a large proportion of people would take into account revised fares in the process of changing home and work, and that the relocation of population in the South East has a simultaneous inward and outward movement. The former motion concerns people working in the city centre, whereas the latter follows the tendency of life-cycle. Mackett and Nash (1991) pinpointed two particular problems concerning the analysis of the commuting market of London. The first regards the crosselasticity effect between rail routes, and the second is the need of a forecasting model which considers not only the transport system vadables but also the location and land use issues. The latter is based on the fact that changes in the number of jobs in the city and the location of the commuters who travel to Central London play an important role on the changes of commuting.

Moreover, the authors also consider that changes in travel attributes would affect the land-use variables. The limitations of time and data imposed the use of a much simpler model than the strategic models LILT (Leeds Integrated Land-use Transport) and MASTER (Micro-Analytical Simulation of Transport Employment and Residence) developed by Mackett. Moreover, since this thesis comprises a specific case study, which is to identify and understand the changes in the patterns of commuting to Central London, a less ambitious methodology tailored to give the solution of this particular problem seemed to be more appropriate. The proposed method might have an underpinning to shed some light on the response of the commuters to the changes in both the transport attributes and the level of local jobs by population.

There is the hope that such a model could be used as a predictive tool of policies involving the opening of stations, new parking areas, and new jobs. Due to the performance of probabilistic models applied to transport (Ben-Akiva et al. (1985), Copley et al (1988)), the logit model was chosen for the analysis. The proposed model i’s supposed to explain the level and mode of commuting to Central London, taking into account the decision process over location and mode choice.