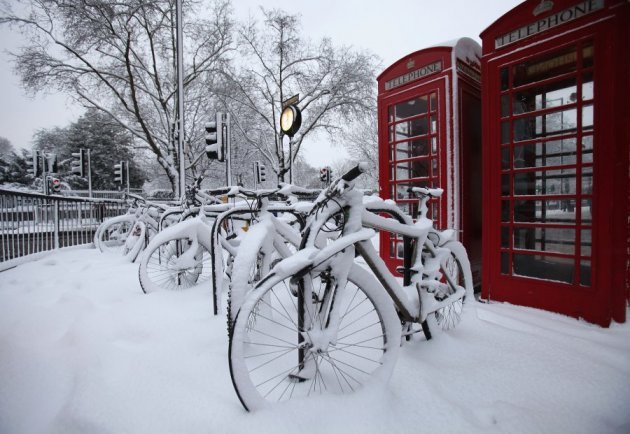 Visitors to the UK this week will have found themselves with a little bit of a surprise. As the heavens open up, we’ve been covered with an absolute deluge of snow, covering everything. It seems like the entire city has been covered in a fine white smattering of powdery snow, and it’s really quite the sight to see. It’s simply everywhere, coming down thick and fast and coating every street corner, every car, even the tube tracks. This wonderful, wintery paradise is one we might have expected to see in January but it’s certainly not one that’s typical of the season. After all, we haven’t had a real snow day in years, so who would expect it on the verge of Spring? It’s enough to make anyone scratch their head in disbelief, especially if you’re in town with hopes of catching those first rays of spring sunshine. Daffodils are going to in high demand, that much we know for sure! The gardens where they grow are going to be absolutely covered! We can’t quite believe it and we’re sure that you can’t either. What does it actually mean though, other than looking pretty?

Well first of all, it means that it’s likely going to be very hard to get anywhere on time. It’ll play absolute havoc with the traffic, so getting a cab should really be a last resort for you. Unless you want to find yourself stuck in the city lights for hours, which admittedly can look very pretty, then you might well want to stay inside and go to attractions in groups. Those that have planned to hop around the city all day will find themselves spending more time in transit than they actually do enjoying themselves. Our advice is to map out where you want to go and make sure that it all adds up. Consider seeing one area per day and doing everything there. That way, you can minimise the amount of time you need to spend going from place to place. Otherwise, we’re afraid that you’ll have a bit of a tough time with it all, especially given the sheer volume of people that are in the city. When everything runs smoothly, you can only just notice but when things start to go wrong, then you realise the sheer amount of people that pass through London each and every day.

You might think that the tube will be ok, after all the snow should barely change it right? So much of it runs underground, it is in the name after all. But in reality, the tube is a more complex beast than that, and you have to consider all the places where the lines go above ground. Huge stretches of several major lines actually go directly through the snow, and all it takes is one set of delays to screw the entire network. If that happens, you can easily find yourself stuck and waiting for what seems like forever. A 5% delay might seem like nothing and in other areas it might be. But with the sheer scale of London life, it leads to things that are far worse. The endless wait to actually get on the tube platforms as the delays pile up which in turn leads to even longer waits and delays for others. It’s all a very vicious cycle and not one that you want to get caught up in. When snow is coming down like this, you’re going to want to avoid it as much as possible. Walking is a much more viable option, and will likely take you the same amount of time.

Whereas in the summer we would advise you to buy a travel card and hop around different locations to get where you need to go, in the winter we certainly can’t say that’s a good idea. After all, you’ll often find yourself spending 30 minutes just to a get a few stops down the line.