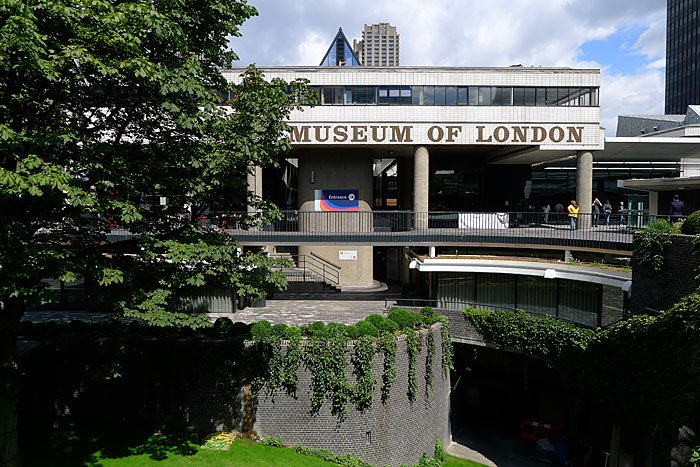 Exposing the social and urban history of London, the Museum of London was established in the year 1976 and maintains its archaeological interests, the museum is situated in its original building and has opened its second public site called the Museum of London Docklands which houses a Grade I warehouse at Canary Wharf. The Museum documents the tale from the prehistoric to the modern day of London. Situated on London Wall which is nigh to the Barbican Center the museum is a constituent of the striking Barbican complex of buildings which were created between 1960’s to the 1970’s due to the modern approach to reconstruct the region that was damaged by a bomb. In the year 1826 Guildhall Museum was opened and proceeded to a new premises at the Guildhall in the year 1872. In 1912 the London Museum opened at Kensington Palace then later moved into its new premises in the Lancaster house. During the in the year 1914 the Second World War both the museums The Guildhall museum and the London museum in Lanchester house were closed down, but the London Museum was reopened in the 1951 in Kensington Palace and the Guildhall Museum was reopened in the 1955 at the Royal Exchange. Subsequently, in the year 1965 under a new Board of Governors The Museum of London Act amalgamated the two collections was represented by three funding authorities who are The Corporation of London, National Government and the Greater London Council. Finally the year 1976 had seen the inauguration of The Museum of London by Queen Elizabeth II and its new building is a design of two architects Moya and Powell. Following the abolishment of the GLC a second Museum of London Act has expanded the museums changing its framework of funding and functions in the year 1986. Since the year 1992 Mortimer Wheeler House, which was a previous warehouse in Hackney has become the museums archaeological hub and the museum’s main store. The second Museum of London Dockland was opened in the year 2003 and in the year 2009 the National government’s interest in the museum was passed to the Greater London Authority.

The amazing mix and blend of collections which were a function of the City Corporation from the Guildhall and the London Museum were merged under the Museum of London Act that was passed the following year in 1964. The galleries of the Museum are arranged in a consecutive in order as they contain the original models, artefacts, diagrams and photographs, with a robust prominence on archaeological discoveries, urban development of London’s cultural and social life, the built city, with interactive activities and exhibits for all age groups. You will come up even outside the Museum the Fragments of the Roman London Wall. You can still witness the making of todays London city from the prehistory gallery known as “London before London”and the “Medieval London” as they were recently upgraded while in the year 2010 the rebuilt galleries were “FIRE, WAR and PLAGUE” were spread out to visitors that gives the insights of the Great Fire of London and the English Civil War. The Museums huge investment for redevelopment was completed in the year 2010 at the cost of £20 million, making it as the biggest investment since its opening in the year 1976. 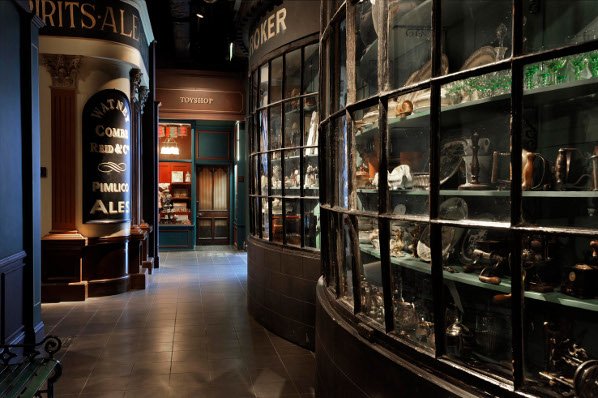 The Museum was redesigned by the architects of Wilkinson Eyre as the design tells the fib of the Londoners, and London from the Great Fire of 1666 till date. These wonderful transformations have given birth to four new galleries such as “The New City,” “The Galleries of the Modern, London,” “The Expanding City” and “World City.” The gallery of New City has very large street level windows alongside the London Wall which provides an illuminated display case for the State Coach of Lord Mayor’s Show each November. The Modern, London gallery has increased the museum’s collection space by about 25 percent that enables to exhibit 7,000 objects, The Georgian pleasure garden was a reconstruction of this gallery and is being looked at a star exhibit, the gallery also contains the foreboding interior of wood present in the Wellclose debtors prison cell, A Selfridges department store’s art Deco lift and the famous puppet star from the BBC kids channel Andy Pandy and Bill and Ben. The period from 1660 to 1850 is covered in the “Expanding City” gallery and also includes addresses of “People City” from the 1850 to the 1940s, which also includes the “Victorian Walk” that has recreated, public buildings, shops, portions at the West End, World I & II, Suffragettes and everyday life. Emphasising on the Latest modern London and the modern collections is the World City, this gallery represents London’s tale from the 1950s till date, found in the gallery are fashion looms such as from the 1950’s formal suits through to the swinging dress of Mary Quant in the 1960s, to the hippy chic of the 70s including the bondage trousers and the T-shirt ripped from the punk era. The fashion at the gallery becomes completely contemporary from Alexander McQueen’s collection of 2008.

The Museum in London has Lunch space is for individuals who pack and bring lunch to the museum as the lunch area consists of a number of tables and benches which could be used all day during, the school holidays and also on weekends between 10am to 5:50pm. The two benugos one is the Entrance Hall Cafe and in the galleries Sackler Cafe offers Cold and Hot Lunches, salads, cakes and sandwiches, plus fair trade teas and coffees and desserts along with high chairs.

You can purchase posters, toys, books, maps, postcards, stationery, prints, toiletries, jewellery, general gifts and audio visuals are all available from this extensive range. The store also sells complete range of books as they are the titles of the history of London, London Architecture and London archaeology, London’s People, books about “Where to find the best shops, pubs and restaurants, books about guides, transport, fashion, maps and a heap more. There is likewise a very broad choice of children’s books of all ages which are both educational and fun and the subjects covered includes the Great Plague and the Fire of London, Victorians, Tudors and the Romans.