Established in the year 1934 that cover an area of 200 acres by the Act of the Parliament the National Maritime Museum was opened to the public on 27 April 1937 by King George VI that includes The Royal Observatory of Greenwich as well as 17th century Queen’s House since the 1950’s. This Maritime Museum of London began its early life as the Royal Hospital School, which occupied the Greenwich Royal Park, as it was later vacated the Queens House and moved to Suffolk in the year 1933. The museum’s current building was occupied by the Royal Naval Asylum which was later incorporated to the Royal Hospital School. The The Queen’s house is included in the museum as a part of the “place and park” historical landscape of the Maritime Greenwich, which was a UNESCO World Heritage Site in the year 1997 along with the Royal Greenwich Observatory. All of these buildings have subsequently been upgraded on different periods of times. The main galleries cantering the Neptune Court were redeveloped in a completely contemporary standard in the year 1999. Eventually, in the year 2011 the Sammy Ofer Wing was opened by the National Maritime Museum, which was the biggest development in the National Maritime Museum’s History. This extension includes a Special Exhibition Gallery which allows the Museum to plan bigger temporary shows, a permanent gallery Known as the “Voyagers” represents the tale of Britain and the sea, a Cafe & Brasserie that overlooks the Greenwich Park and a state of the art “Archive and Library.” The National Maritime Museum in London has more than 2 million objects and is visited by 2.3 million visitors from around the world.

The National Maritime Museum will let you discover over 500 years of of the British encounters at sea as the immense collection of the museum which will leave you fascinated. You will be allowed to use the WiFi services for free with the consolation of the Compass Lounge and also you will be introduced to the island nation’s personal stories in the Voyagers gallery. You will witness the fatal gunshot that was picked up in the uniform of Nelson at the Battle of Trafalgar at the “Nelson, Navy, Nation” gallery and further ahead. Presenting a brief overview of the greatest explorations of history that forged our world is “The Explorers” gallery. Focusing over the part played by the East India Company a new permanent gallery “Traders” has come into form to tell the 250 year’s tale of Britain and Asia’s maritime trade that traces the ever changing relationships of the British and Asians. In the late 8th Century the age of the Vikings started and lasted for over 300 years, the name Vikings were given to the people of Denmark, Norway, Sweden and Finland and this gallery called as “Vikings” is dedicated to them. Allowing you to discover Britain’s Maritime history with some of the best celebrated, exciting, famous and infamous events is “The Great Map” that is a big clear space with a huge interactive world map for visitors. “The ship simulator” are interactive galleries that interestingly make you can become a captain of a ship or become a pirate while you steer the ship into port and destroy a pirate ship while firing a cannon. “The Childrens Gallery” are family friendly which are ideal for kids as they can explore the maritime technologies of the the past and present and skills. 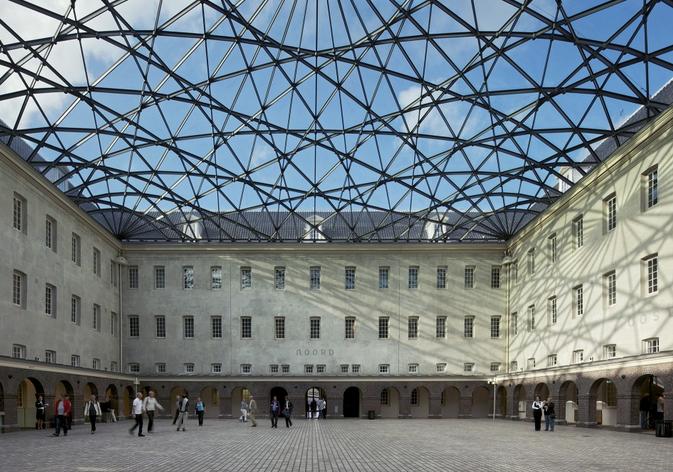 You can throw your lunch and dinner at “The Brasserie” which is Britain’s the best contemporary British cuisine, is a unique heritage place of festivity on the prestigious site. Even visit “Museum Cafe” that offers freshly baked eats, fresh deli sandwiches, hearty peas, healthy salads along with delicious afternoon teas accompanied with pastries and home baked cakes. You will be totally refreshed and energised with these refreshment Conners.

With so much to discover and do, come join and plan your visit with us at Vlondoncity to make your experience at the National Maritime Museum the most memorable and exciting of all.