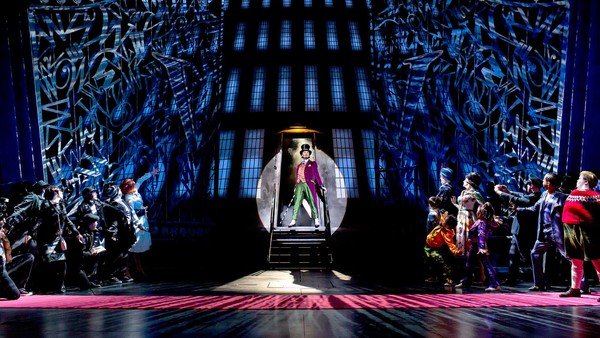 The holidays can be quite hectic with all the shopping that needs to be done, running errands, finishing all your projects at work, etc. Soaking up some culture in the theatres is always a good way to have fun and recharge your batteries at the same time. Theatres become truly magical places during the Christmas time, whether you’re looking for slightly more serious dramas or something that’s more family and child friendly. The top Christmas shows and pantomimes in London happen all throughout the city in different theatres. The seasonal events really aren’t the same without visiting at least one show. It’s also a good way to watch some seriously talented actors and stars doing what they do best, perform on stage! Many world-class actors call London their home, and theatre is a favorite for many of them. Going out with friends or family to a festive show will definitely be something of an unforgettable event. There are numerous family friendly shows as well, if you’d like to spend some quality time with the little ones. Tickets in the West End can be somewhat pricey, but it’s very worth it. 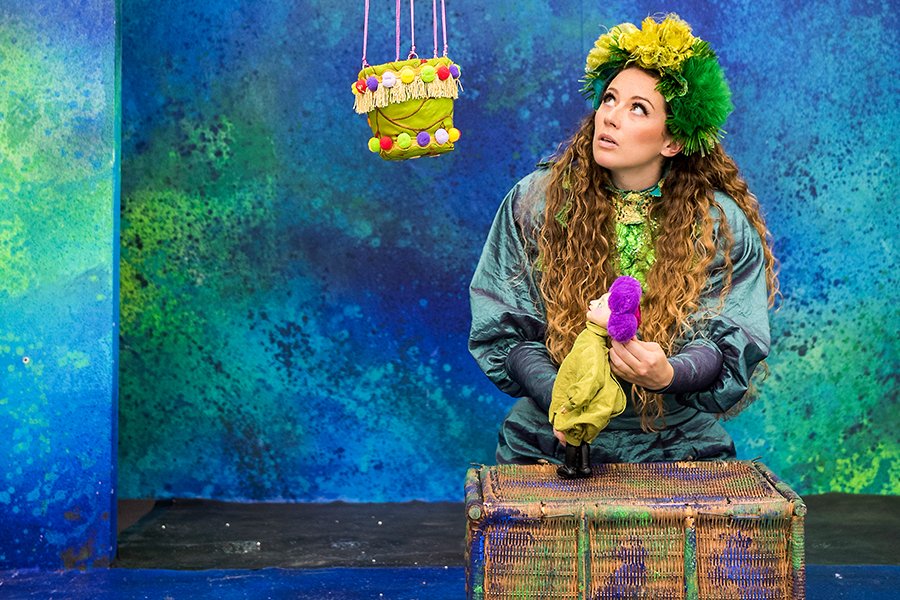 Coming from the Oily Cart production team, who gave gained a reputation for making some of the best child friendly shows, you can also enjoy their splendidly colorful Land of Lights. Last year’s Christmas show “There Was An Old Woman” was a massive success and we don’t see any reason why this year’s production won’t be the same. While the show will be most suitable for children between the ages of 3 and 5, other kids will also enjoy the music and puppet packed performance.

2. The Giraffe and the Pelly and Me 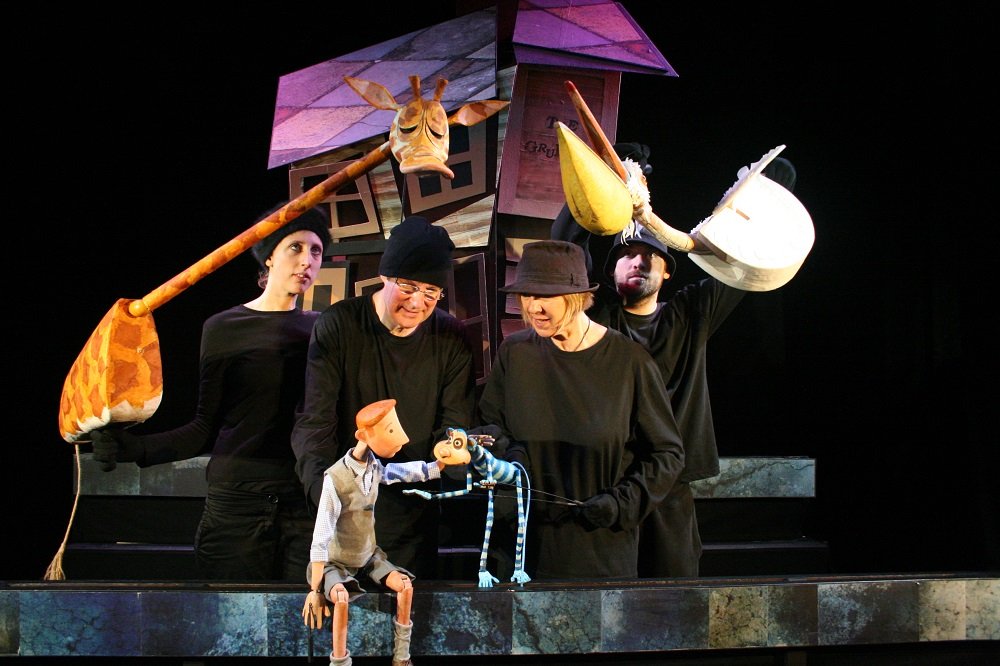 This children’s show is based on Roald Dahl’s book, The Little Angel’s Christmas. It’s a story of a young bot who becomes friends with a pelican, a giraffe, and a monkey, and they go on an amazing adventure together. The people in the production team have some of the finest puppet and music creators in London. The Little Angel Theatre was founded in 1961 by John Wright and it’s still going strong. 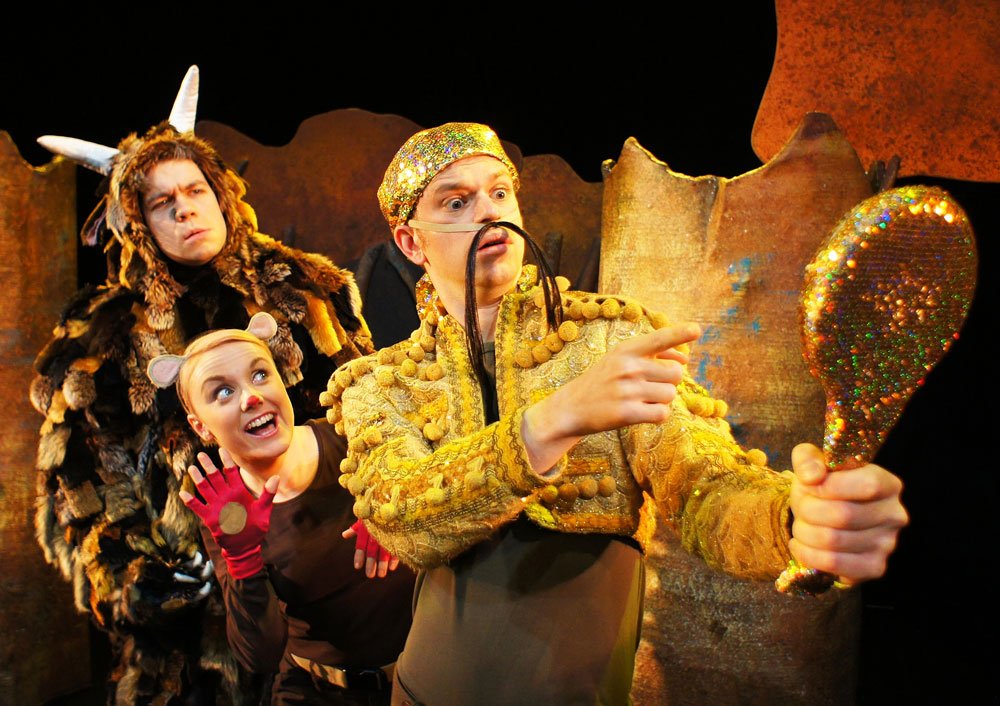 The Gruffalo is truly a children’s classic and it still hasn’t lost its appeal with the audiences. The adorable mouse in the show still goes on his stroll through the dark, deep woods, and the adventure begins! On its journey, the lovable mouse outwits all the predators that are out for him, hence gaining the audience’s hearts and minds. The Vaudeville Theatre as we know it today opened back in 1926, but became most popular in 1954 when its “Musical Days” show became a success. 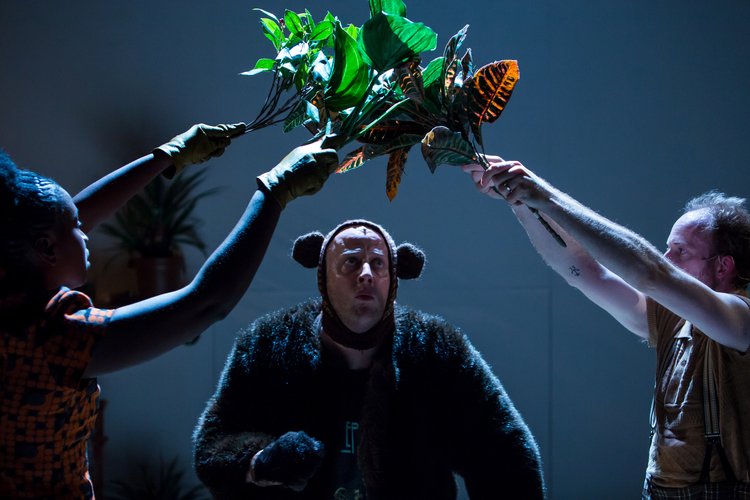 Jon Klassen is a children’s book writer who has in recent history made a real name for himself in the industry. The stage adaption of his classic comes to the theatres for all kids who are three and above. While the book’s lines are quite simplistic, they are undeniably very witty and fun. It’s a story about a lovable bear whose hat has gone missing, and he goes on an adventure of asking all his animals friends about the possible whereabouts of his favorite and beloved hat. 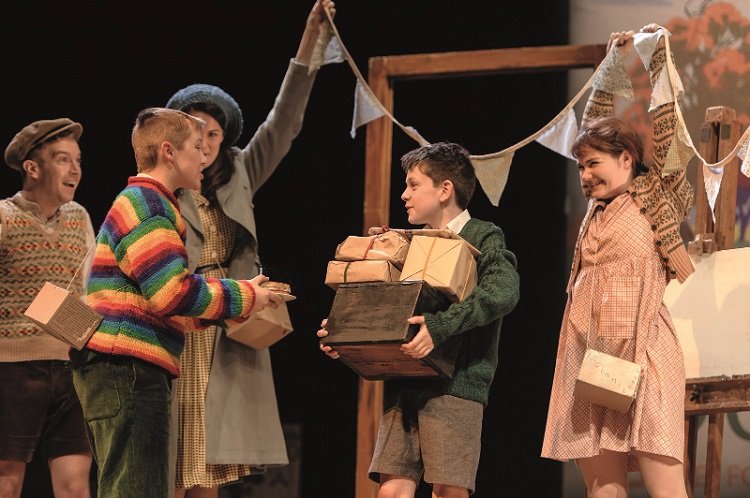 David Wood’s own adaptation of the lovable Goodnight Mister Tom has won numerous awards, and it makes a comeback to the stage for the Christmas of 2015. This time around it will be playing in the Duke Of York’s theatre. The show is nothing of not emotional and charged. It’s truly a modern classic and it’s more than suited for young kids and adults as well. 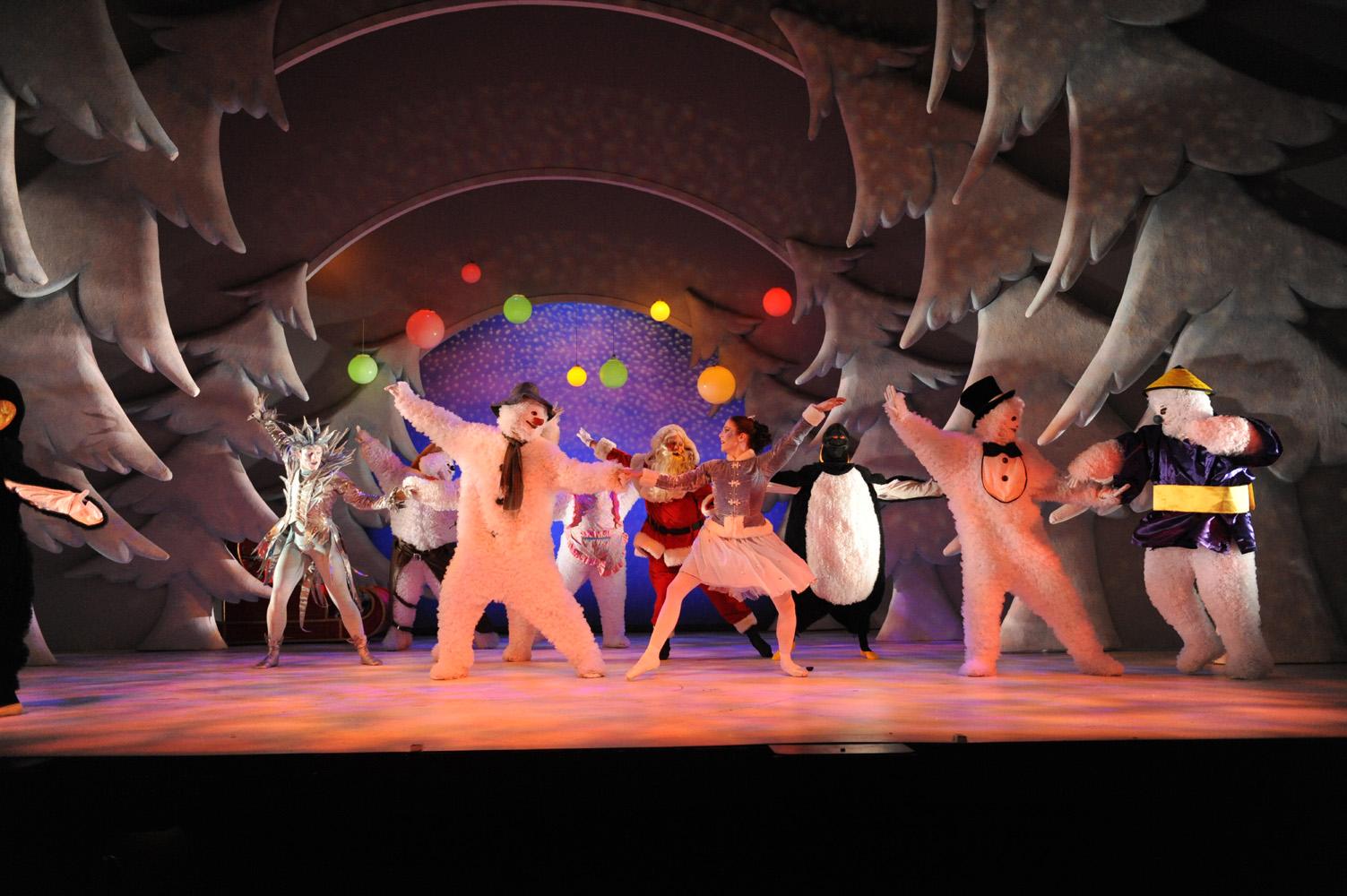 Currently staged in the Peacock Theatre, Raymond Briggs’s The Snowman is bound to capture the audience’s minds and hearts. The adaptation has become very popular among families during the festive season. The highly talented and respected ballet company does an absolutely marvelous job! An interesting fact is that the Peacock Theatre is a world famous institution and it’s a true powerhouse on the international dance scene. 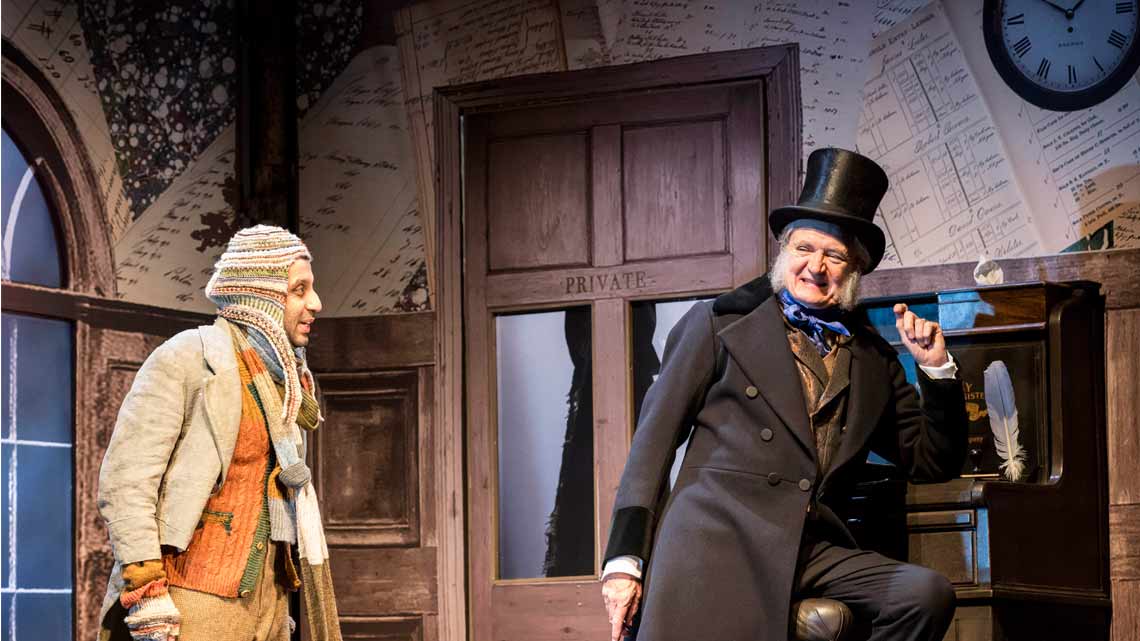 Charles Dickens wrote a number of classics, and his Christmas Carol is arguably one of his most famous ones. Patrick Barlow’s adaptation really makes Tiny Tim’s character come to life. Adults and kids alike will be moved by this particular adaptation that much is certain. The Noel Coward Theatre was founded by the Wyndham family as an addition to their theatre. It was originally called The New Theatre and it’s located in a stately building which is marvelous on its own. 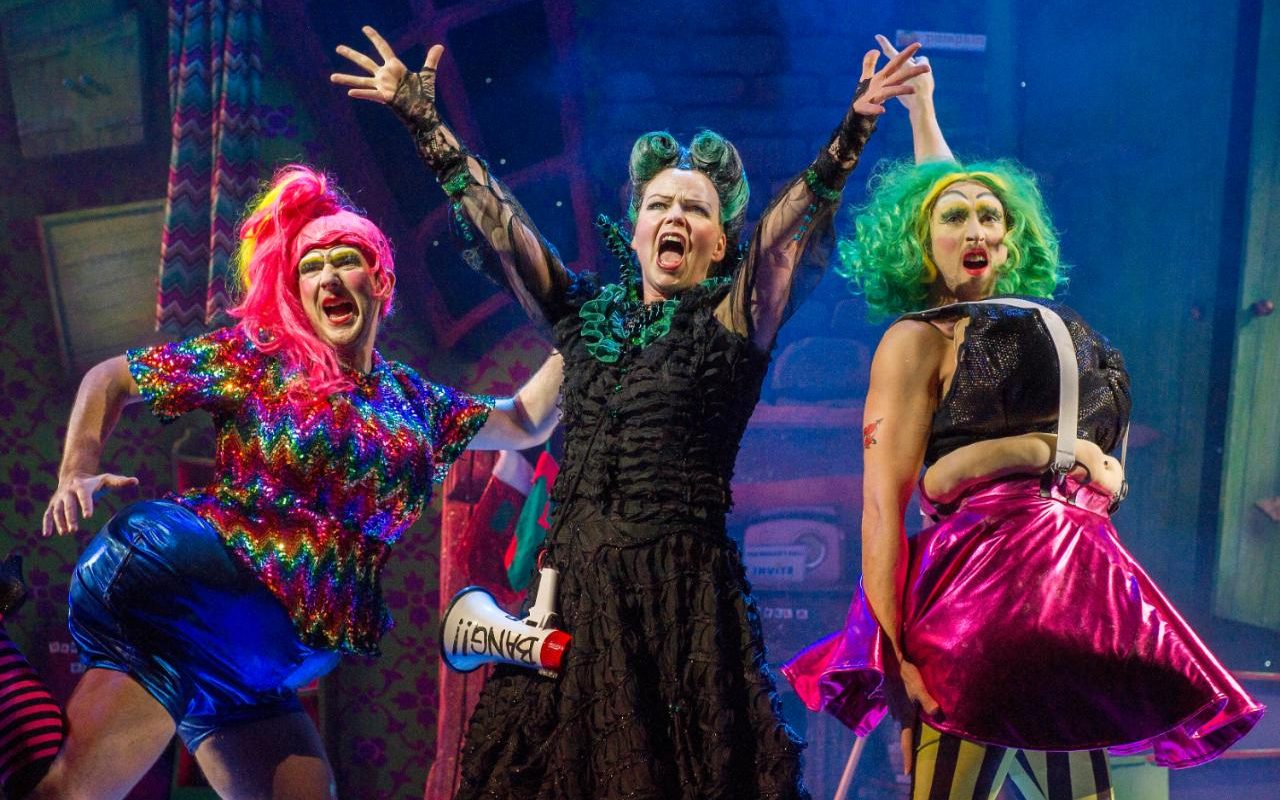 The list just wouldn’t be the same if we didn’t include pantomime shows! The highly acclaimed playwright Dick Whittington has numerous success stories with adaptations of Jack and the Beanstalk. This year’s panto everyone is talking about is Cinderella at the Lyric. Krystal Dockery makes her first professional debut here. Samuel Buttery, who took part in BBC 1’s The Voice, also appears on stage. Pantomime fans cannot miss out on this theatre show! 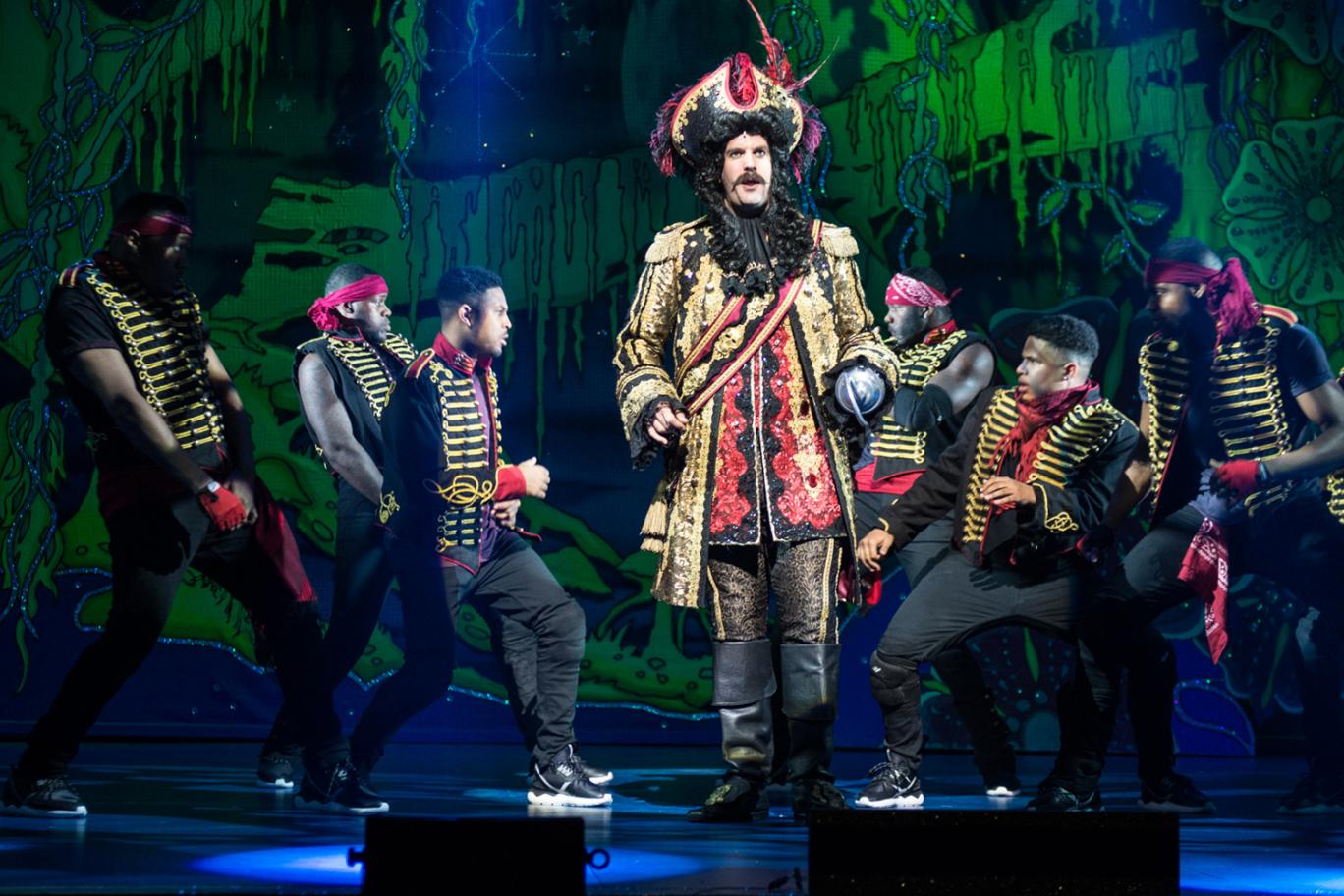 The well-known Hollywood actor Verne Troyer is best known for his role of Mini-Me in the legendary Austin Power movies, but he’s also a stage actor. Troyer and comedian Marcus Brigstocke both star in this year’s Christmas edition of the iconic Peter Pan classic. Peter Pan might be the boy who never grew up, but his story and his adventures have become iconic. It’s staged in the New Wimbledon Theatre and it will be showing until the 10th of January 2016. 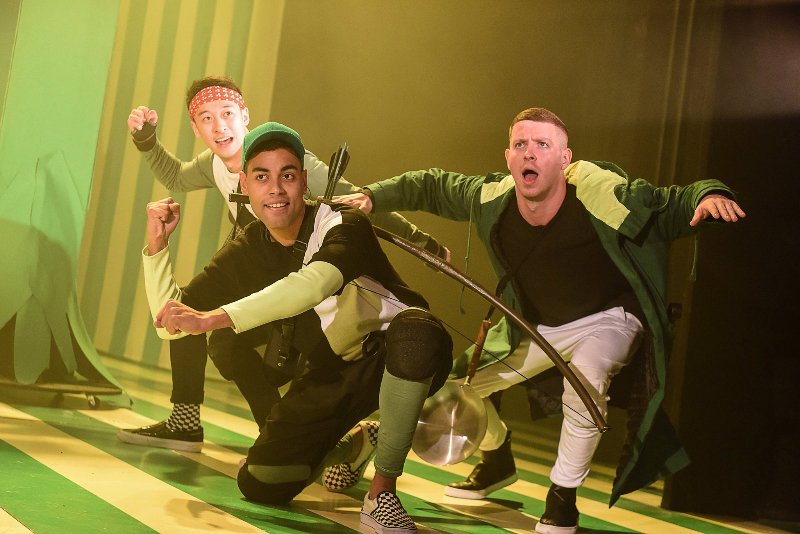 The Royal Stratford East Theatre is very well known in certain circles, seeing as it first opened in 1884. Robin Hood gets the full pantomime treatment, and we have to say that it’s a smashing success. Its brilliance is all due to the magic of award winning writer Trish Cooke, Robert Hyman, and acclaimed director Kerry Michael, who is also the theatre’s artistic director. 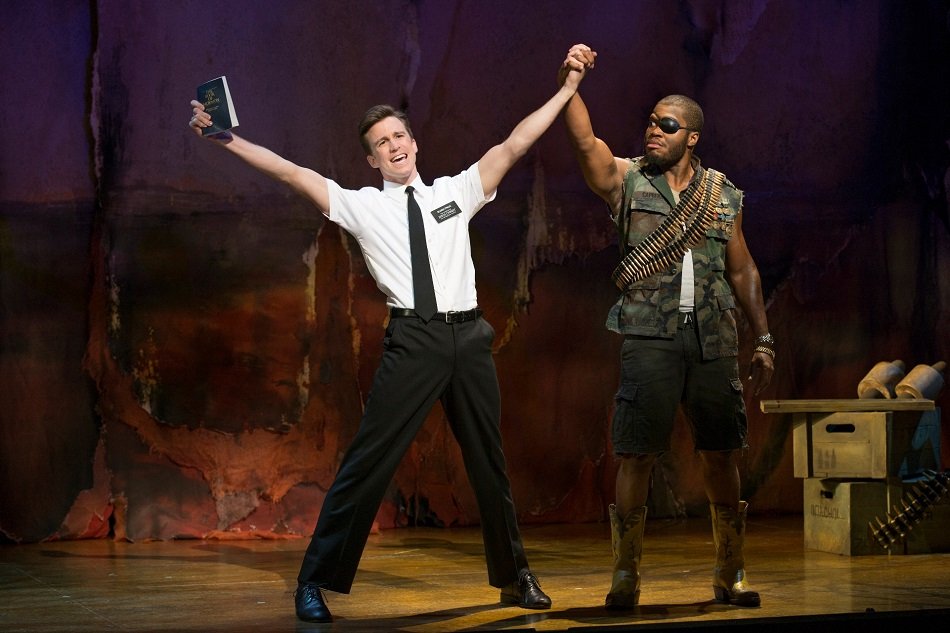 This one’s for the adults out there looking for a theatre show for them. As many already probably know, The Book of Mormon comes from the creators of South Park. Since it was first staged, the show has won numerous awards, with damn good reasons; it’s raunchy, funny, and it most certainly isn’t meant for those who are easily offended. It’s everything one would hope for one they hear it’s made by the people who are also behind the legendary South Park cartoon.

12. Charlie and the Chocolate Factory

The list just wouldn’t be complete without this addition. In 2014 it was nominated for seven Olivier awards. There have been many versions and adaptations of this classic, but most critics agree that this is the best one yet. In the West End it was a massive success in 2013, and it still manages to bring in the crowds, which is why tickets are sometimes hard to get. It’s mostly thanks to Tim Burton that Charlie once again became popular, with his Hollywood movie starring Johnny Depp.