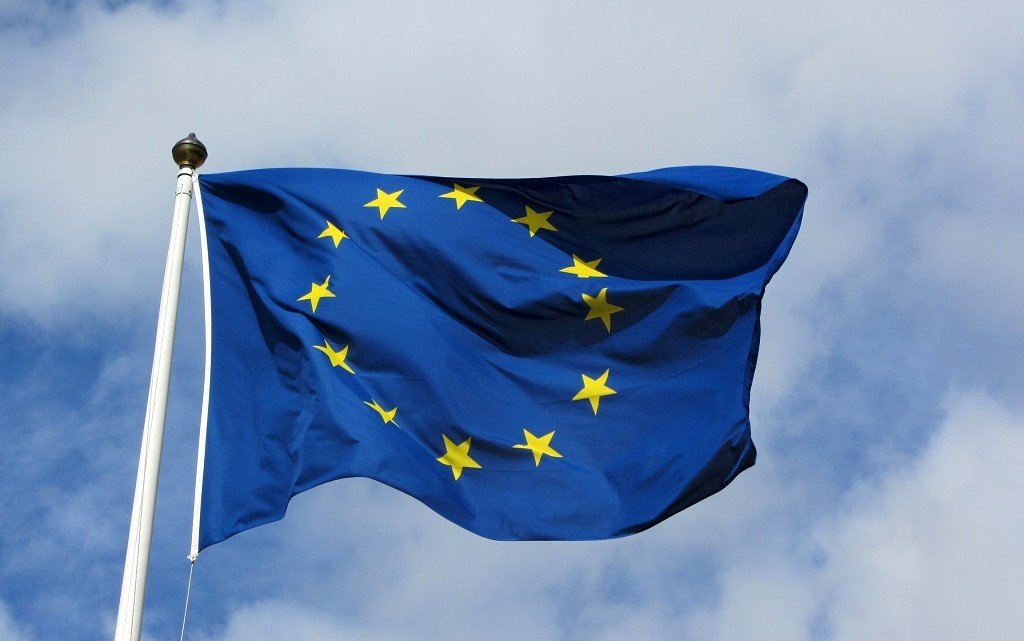 The United Kingdom has always been a part of Europe, yet at the same time wasn’t. The main reason behind this is, of course, the fact the UK is an island country, separated from the rest of the continent by water and has always been slightly different in almost everything when compared with the continental countries. There were always some good relations with the European countries, like the one with Portugal (UK and Portugal are in the oldest alliance on the entire planet – ever since 1386), but there were also the bad ones – France was the UK’s main rival throughout the most of the history, Germany was the main rival in both of the world wars, while Russia was in the Cold War. Today, things are much better – the United Kingdom is a member of the European Union and there are over 160 foreign embassies in London, with a large number of them being those of the European countries. We bring you a list of top European countries embassies in London, presenting you some really important diplomatic missions and high commissions. These are, in our opinion, the top European countries embassies in London – have a look at them: 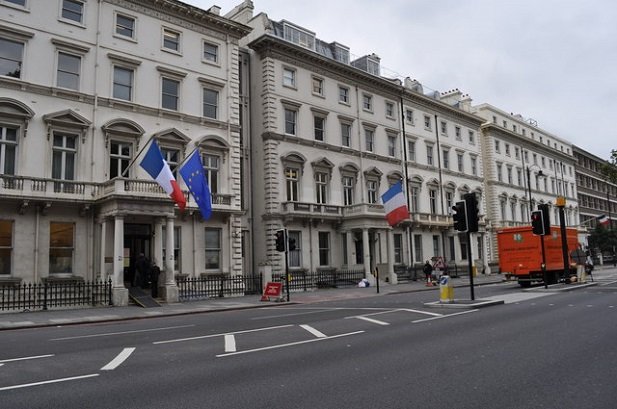 As we already mentioned in the prologue, France and the United Kingdom have often been in the state of war, with two most famous of these wars being the Hundred Years’ War (which lasted from 1337 to 1453) and the Napoleonic Wars, which took place at the beginning of the 19th century. Today, both of the countries are members of both the European Union and NATO, and have quite a close relationship, even though they’re still considered as the historic rivals. The embassy itself is located in the district of Knightsbridge, with the building that houses it being designed by the famous Thomas Cubitt. 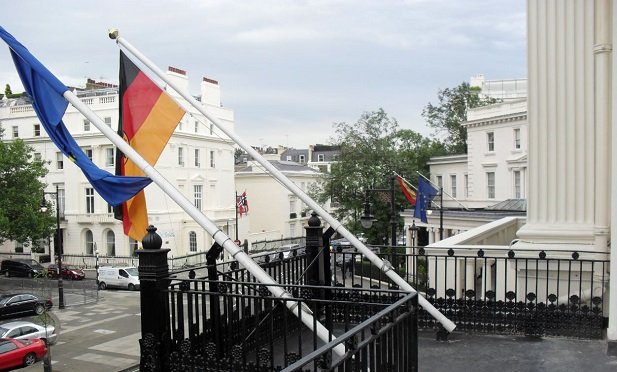 Before Germany was unified in 1871, the United Kingdom has often been in the alliance with the strongest of the German states – Prussia. Later, as you already know, UK and Germany have been on the opposite sides in both of the World Wars. As it is the case with France, both the United Kingdom and Germany and now members of NATO and the European Union, with the UK being one far more reluctant member of the Union than Germany. The Embassy of Germany is located in Belgravia, where it stands in one truly modern building, occupying three original terraced houses. 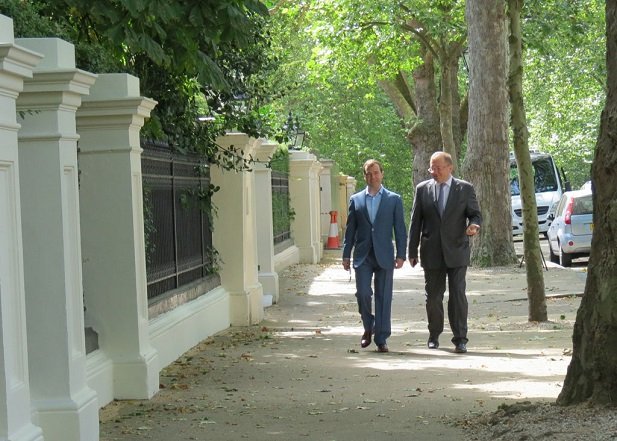 The relations between Russia and the United Kingdom span a long period of history – nearly five centuries! The most famous wars between these two countries would be the Crimean War (fought in the 1850s) and, of course, the Cold War, but we should also mention the Great Game – in which Russia and the UK competed for the control of Asia in the 19th century. In most of the other events, the countries have been allies. Today, the Russian embassy stands at the Holland Park, surrounded by green trees and certainly being among the most beautiful buildings of all European countries embassies in London. 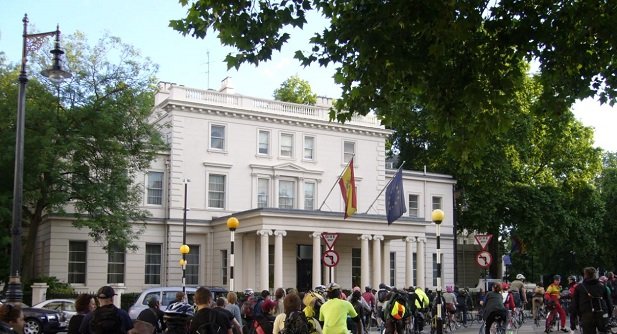 The history of relations between the United Kingdom and Spain is really interesting. One of the most famous events in it would definitely be the defeat of the Spanish Armada, a large force of over 100 ships that were about to invade England in the late 16th century, but failed in doing so. The tourism and trade have been really prominent between the UK and Spain ever since the end of the Franco era, and the two countries now keep a close relationship. The Spanish Consulate can be found at the Draycott Place, very close to the Sloane Square station. 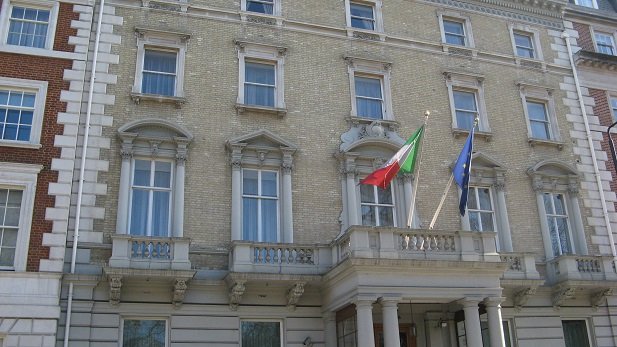 Italy and the United Kingdom have been both in the state of war and peace many times during the history. Italy has been on Britain’s side in the First World War, but, however, was also on the opposite on in the Second World War. Today, the two countries keep a friendly and warm relationship, with Queen Elizabeth making four visits to Italy ever since the beginning of her reign (1961, 1980, 2000, 2014). The Italian Embassy itself can be found in the London district of Mayfair, housed in a building that was built all the way back in 1728. 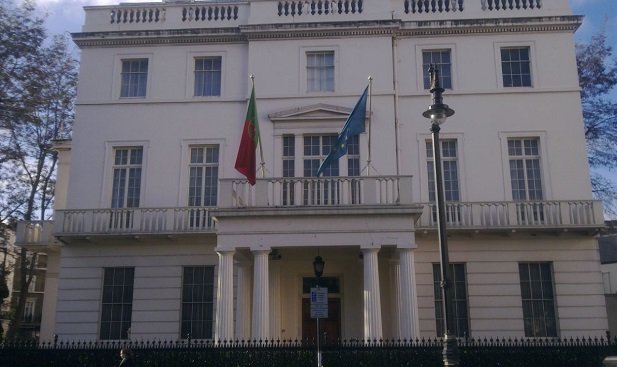 As we already said, the United Kingdom and Portugal are the members of the oldest alliance in the history that date all the way back to the 14th century – to 1386. This alliance has been very important throughout the years, especially during the Napoleonic Wars, with the only disruption of this alliance being during the time of the Iberian Union, in 16th and 17th centuries. Today, the relation between UK and Portugal is close and healthy, with the Portuguese Embassy being located in the London district of Belgravia, occupying two separate buildings, as well as one more in Fitzrovia.

7. Embassy of the Netherlands 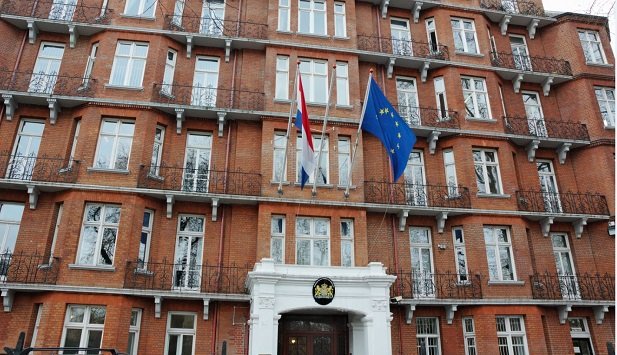 As it is the case with France, the United Kingdom also has a long history of relations with the Netherlands, stretching all the way back to the Anglo-Dutch Wars that took place in both the 17th and the 18th century. We should also mention that the stadtholder of the Dutch Republic became the English King in the 17th century, as King William III. Nowadays, a great number of British towns are twinned with the Dutch ones, and two countries keep a close relationship. The embassy can be found in South Kensington, but it will probably be moved to Nine Elms at some point in the future. 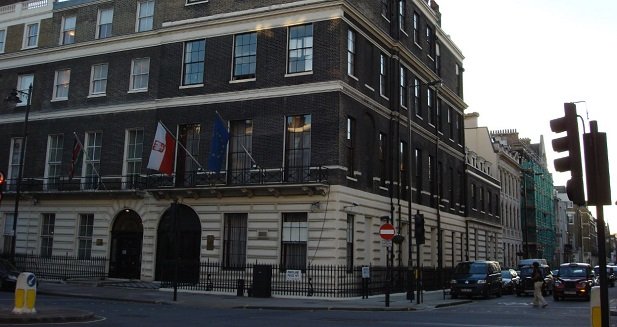 The foreign relations between the United Kingdom and Poland have been healthy and friendly throughout the most of the history, with probably the most famous event being when the Britain declared war on Germany in 1939 when this country invaded Poland and thus started the Second World War. Over 30 British towns are twinned with the Polish ones today, with over one million Polish people (born in the UK and born in Poland) living in the United Kingdom. The Embassy of Poland can be found in Marylebone, at the Portland Place, very close to the famous Regent’s Park. 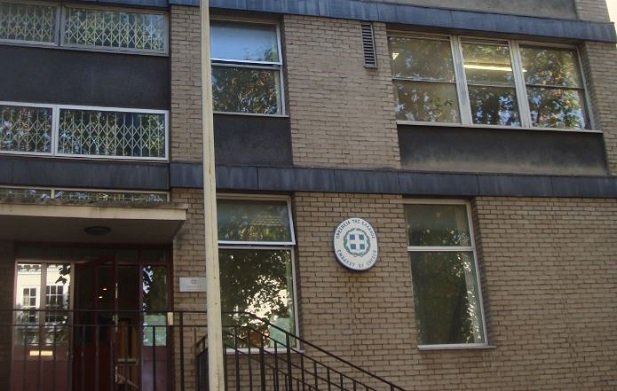 The UK and Greece were allies in both of the World Wars, and we should also mention that Greece received a great help from Britain when it fought against Turkey in the war of independence, at the beginning of the 19th century. The biggest dispute between these two countries is definitely the ownership of the collection of Greek sculptures called the Elgin Marbles that are now held in the British Museum – Greece wants them back. The embassy of this Mediterranean country is located at the Holland Park, where it moved from the location in Mayfair in 1975. 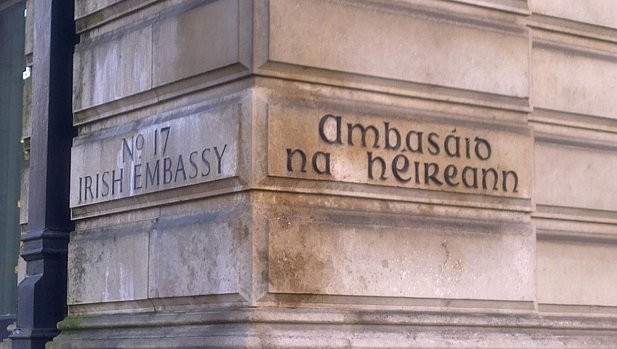 The Anglo-Irish relations stretch all the way back to the 17th century, and it’s no wonder why since these two countries are so close to each other. Ireland was, for a long time, a part of the United Kingdom, and even now one part of the Irish island belongs to the UK – the Northern Ireland, which is the main reason behind the Troubles, a series of violent events that took place in the later half of the last century. Today, there is a Common Travel Area between two countries, and the Irish embassy in London can be found in the district of Belgravia. 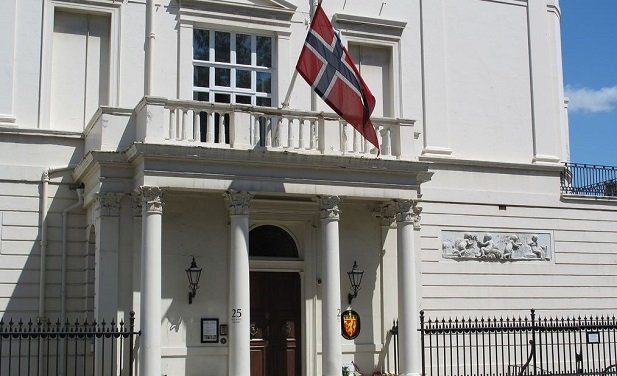 The last place on our list of the top European countries embassies in London will go to the Embassy of Norway, which has been located at the Belgrave Square ever since 1949. If we don’t go so far back as to the Viking Age, we can safely say that the relations between these countries have quite healthy and good. One of the most interesting things about Anglo-Norway relations is the fact that a huge Christmas tree is sent every year from Oslo to be decorated on the Trafalgar Square, as a token of appreciation and friendship of the Norwegian people.