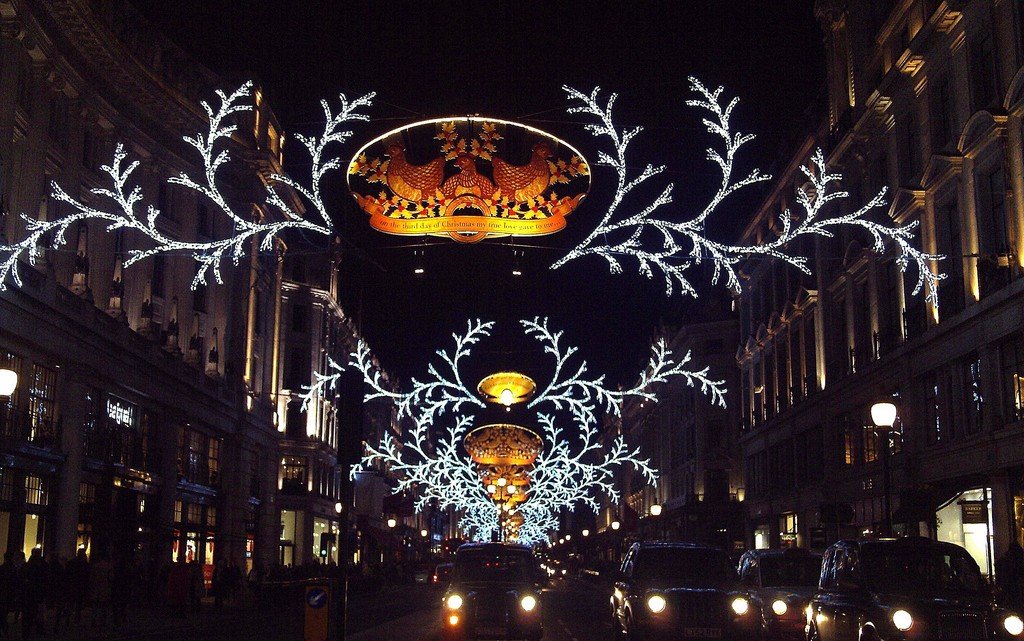 What better way to spend you Christmas holidays than engaging in on of the true London adventures, touring the city that is bathing in the winter atmosphere, eating good food, and seeing some of the most famous London landmarks? Every year, there are numerous tours organized everywhere around the city, allowing both Londoners and tourists to spend their Christmas in one truly unforgettable way. These tours will almost always bring you an option to have a delicious lunch during it, travel on foot, sail on the boats along the Thames River, and see some of the major attractions that the capital city of the United Kingdom has to offer. This is why we made the Top Christmas Tours in London – to bring you the tours that are, in our honest opinion, the best in the city. Be ready for a frozen adventure that will let you see the Big Ben, the Shard, the London Eye, and many other landmarks worth seeing, walk through the streets decorated with lights, eat tasty lunches that are spiced with the usual holiday decorations, and experience one truly English Christmas. These would be the Top Christmas Tours in London: 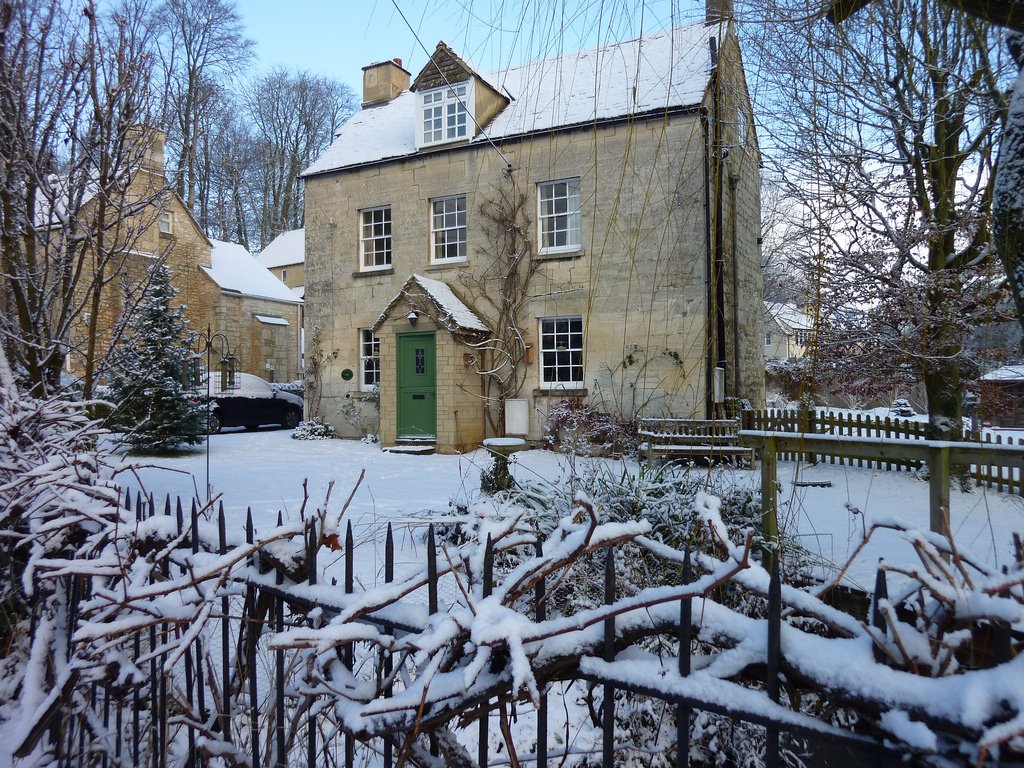 The first tour on our list would be the one that will take you from London to Cotswolds, which is the area in the central part of England, known for its beautiful look during the Christmas holidays. The tour will start in the city, taking you to see the landmarks such as the Westminster Abbey and the Big Ben, and will then take you to Oxford. After that, you will arrive at Cotswolds, where you can enjoy an amazing lunch – turkey and the Christmas pudding. What more could one want? 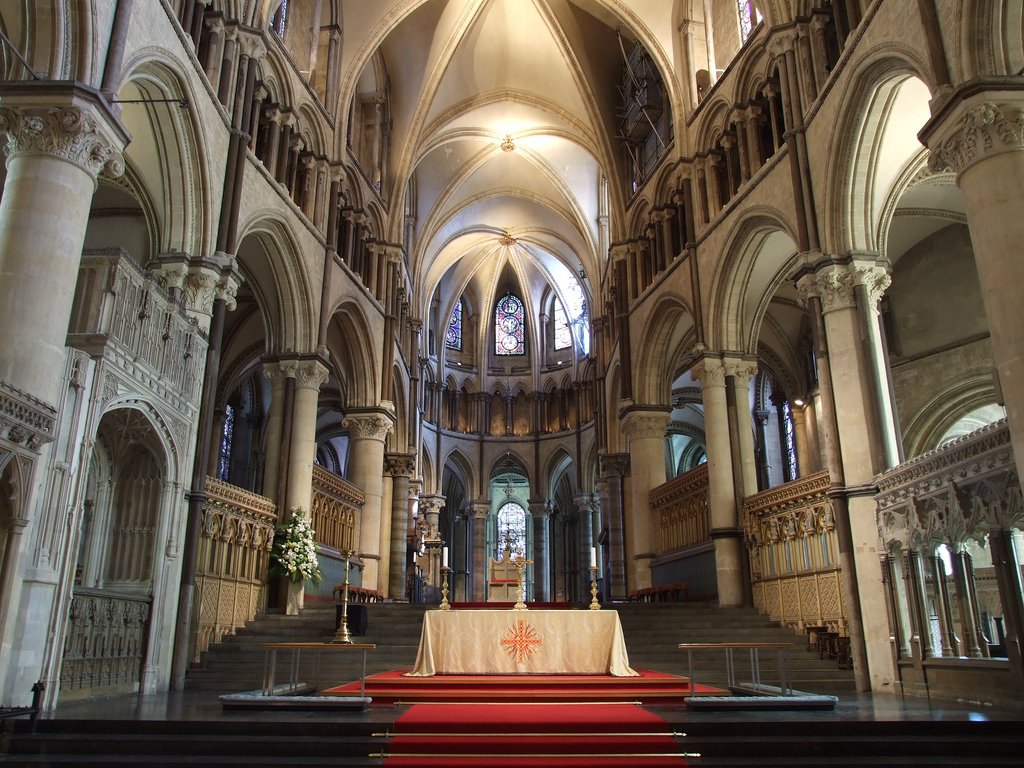 The next tour will take you from London to Canterbury, which is the historic English city in the southeast of England. Celebrating your Christmas here certainly won’t be a mistake – you will get to see how the beautiful English countryside looks in winter, take a tour of Rochester, see the famous White Cliffs of Dover and have a delicious Christmas lunch, done in the traditional way. The tour lasts for one day, and you’ll be back to London before night.

3. Christmas on the Thames 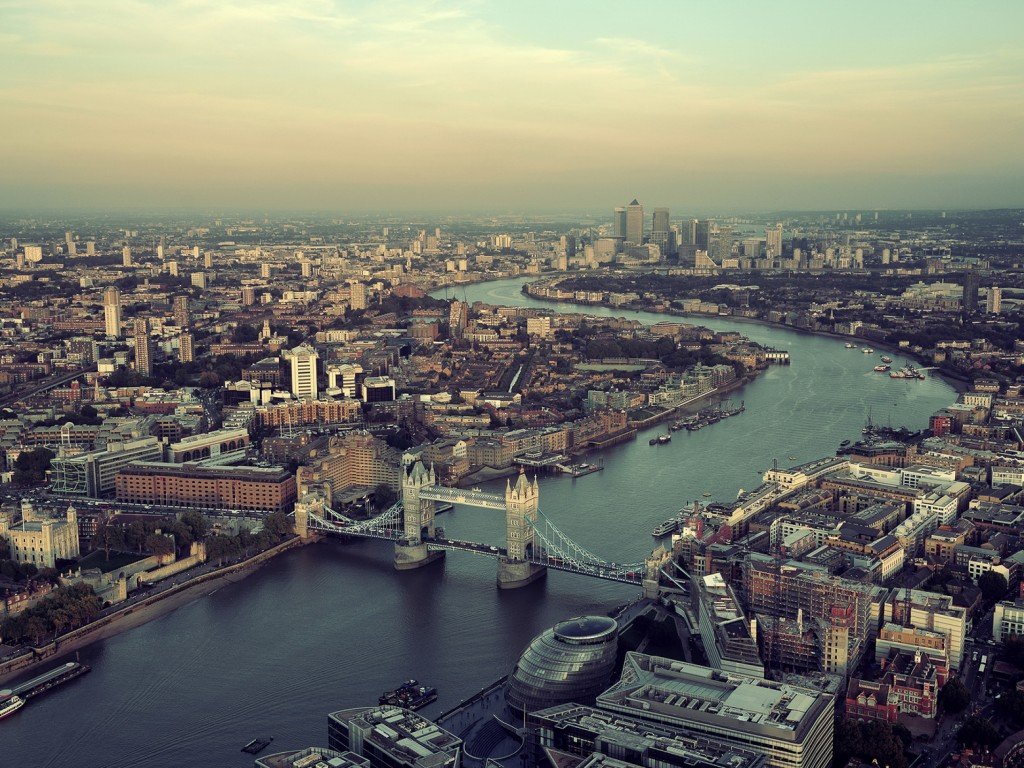 Cruising down the most famous English river on the Christmas Day is surely a good decision. It will allow you to see the sights such as the Big Ben or the London Eye, with the touring having a route that starts at the Westminster Pier, goes to Greenwich, and then returns to the starting point. The tour’s duration is close to three hours, and will also allow you to eat the classic roasted turkey and have a nice aperitif after you board the ship. 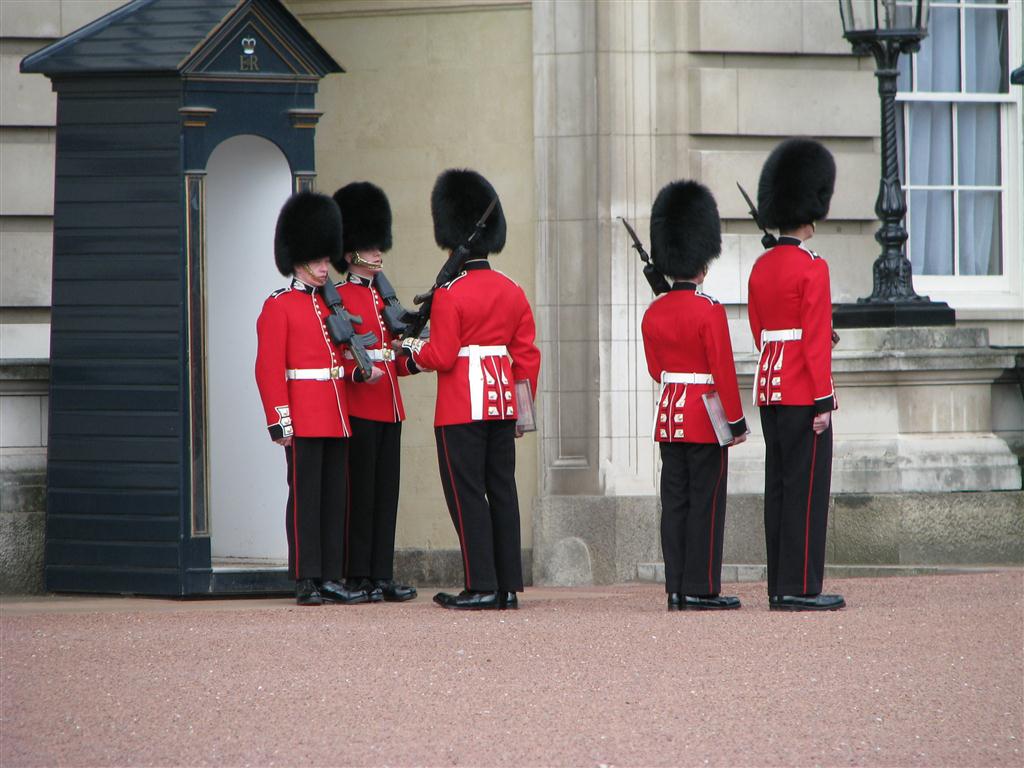 This panoramic tour of England’s biggest city will take you to some pretty famous attractions – you will see the ceremony of the guards that takes place in front of the Buckingham Palace, the glory of the St. Paul’s Cathedral, and you’ll also be able to have a photo stop at the famous Tower of London. The price of the tour includes all the entrance fees, and the tour has a guide that is informative and professional. A true experience of London! 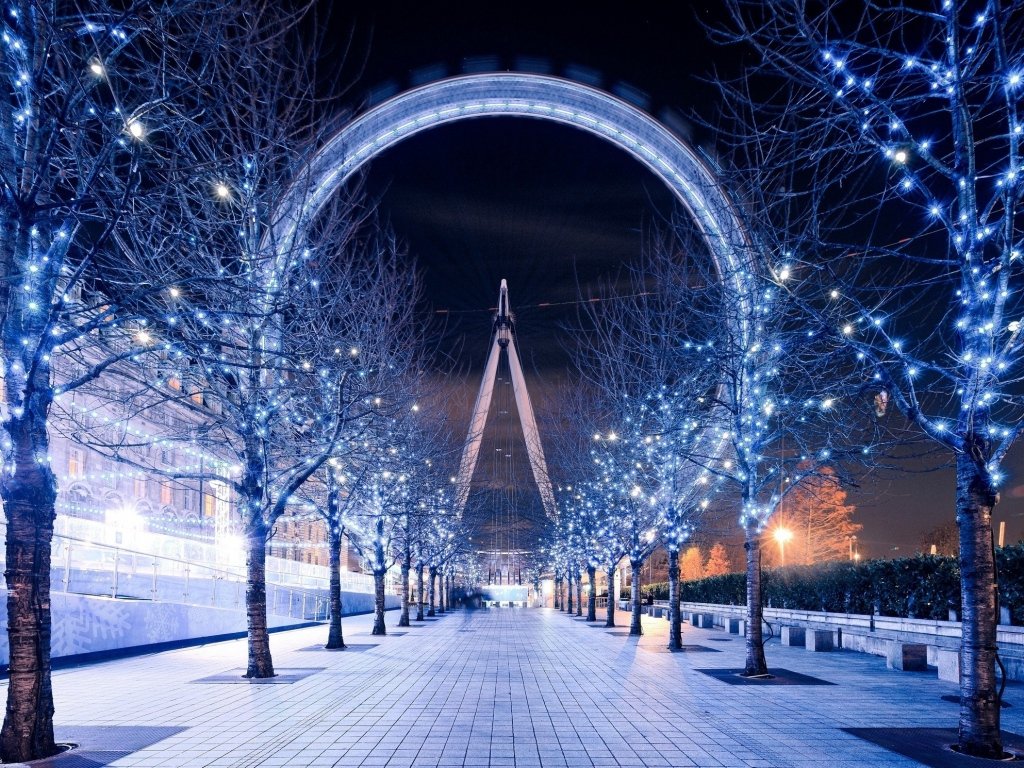 This tour is pretty similar to the previous one on our Top Christmas Tours in London list. It is a nice opportunity for one to see all the famous landmarks of the city, with the optional lunch. The tour lasts for approximately 10 hours, is done by bus and boat, and has a friendly guide. The highlight of the tour is definitely a ride on the famous London Eye, allowing you to see an unforgettable view of England’s capital city. 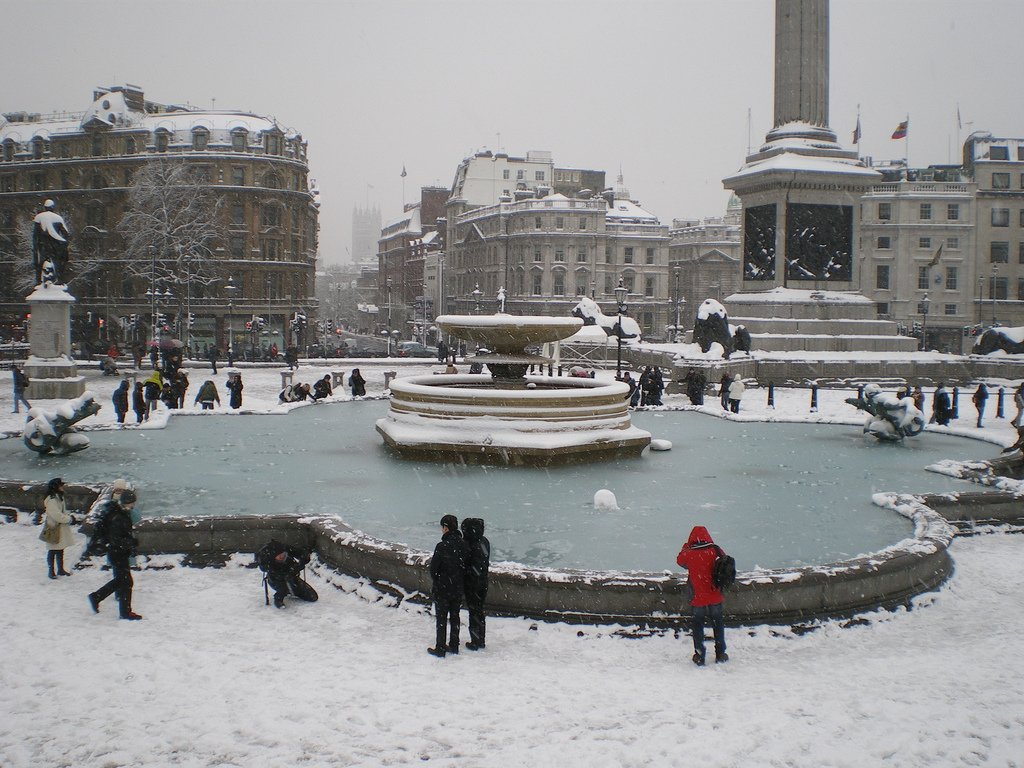 You don’t have to share the city with all those other travelers. This tour takes place on the Christmas morning, allowing you to see London with almost no traffic, which will certainly allow you to see the city at its best. The tour will take you to the all the famous attractions – the Big Ben, St. Paul’s Cathedral, the Westminster Abbey, the Trafalgar Square and other places. You will travel by the luxurious coach that has the air-conditioning which has an experienced guide. 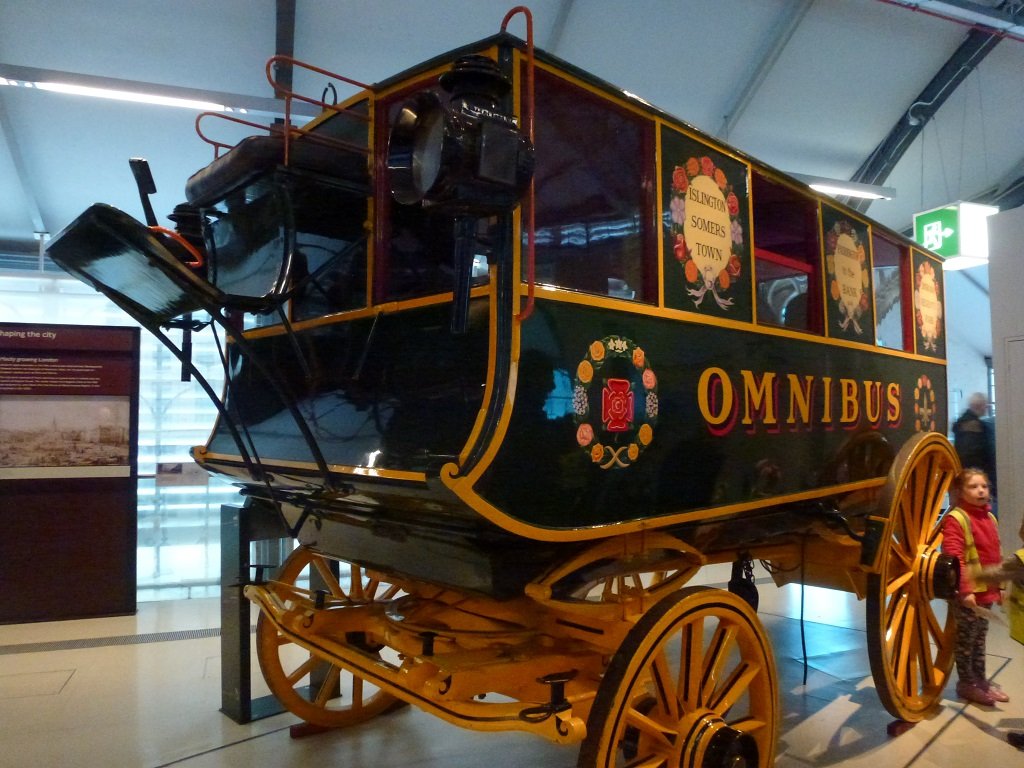 Now, this is something pretty unique. As the name already suggests, this tour will get you aboard an old carriage which will cruise through the city, going past all important hot-spots. The carriage is driven by an experienced driver – Tim Wood, who raised and trained horses for 25 years. This guy will take you to see the main sights of London being illuminated in the night, with this tour being an ideal choice for the families, and having a pretty affordable price. 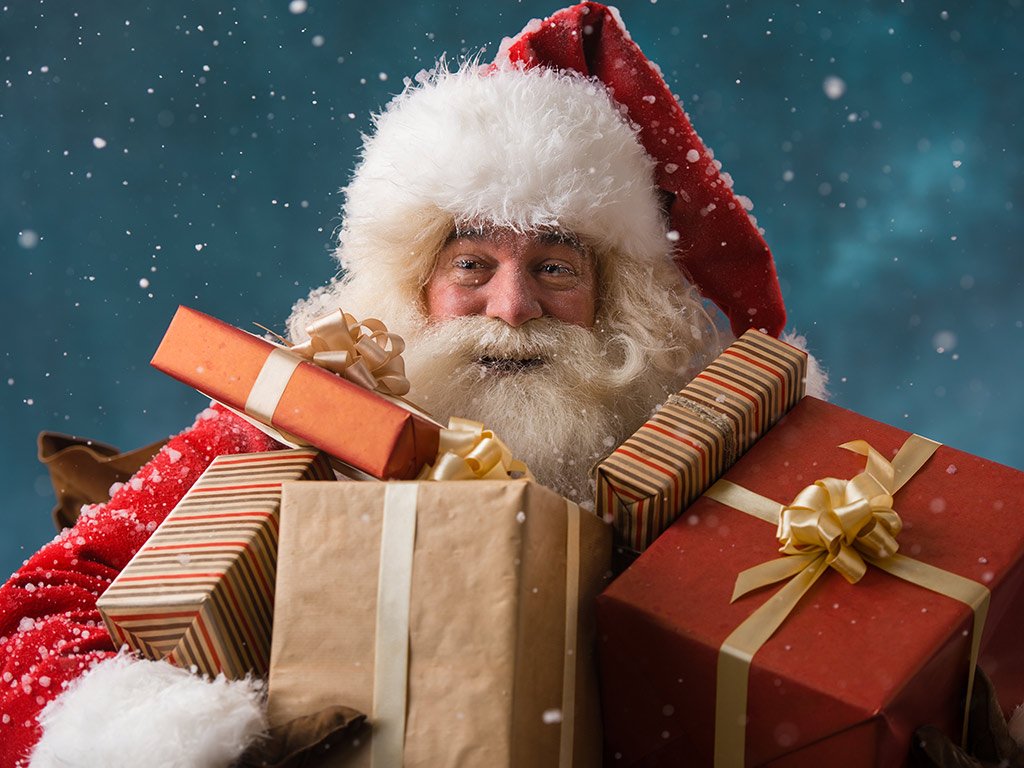 As it was the case with the previous tour on the list, this one also offers a unique experience. The Sail with Santa tour takes you on a cruise of Thames with the Santa himself! This, of course, means that it’s one of the best possible London Christmas tours for the families, as the children will certainly like this. You can depart either in the morning or in the afternoon, and it’s a perfect introduction of London for the first-time visitors.

Address of departure point: Central London (close to the Tower of London) 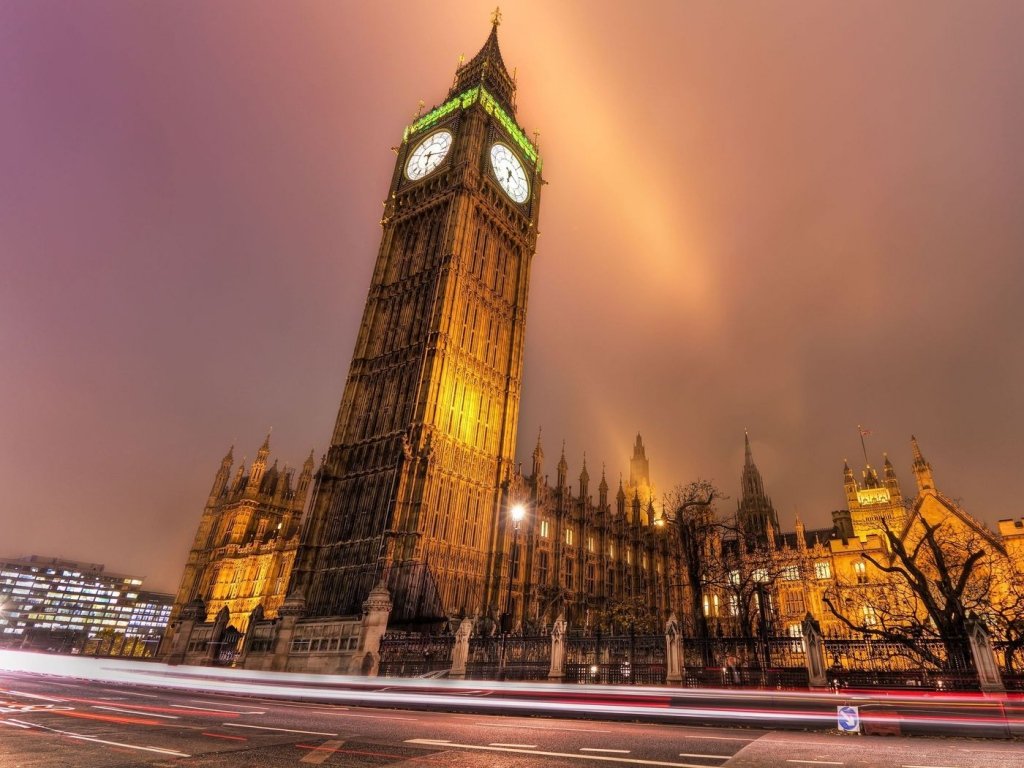 This particular tour will allow you to see London in a different light since the sunset means that all the light of the major attractions light up and make the city look like a magical place. The tour is done by bus, which will go past the Parliament Square, the Piccadilly Circus, and the Trafalgar Square, bringing you some amazing photo opportunities. The bus will also drive past the Tower of London, the London Eye, and the St. Paul’s Cathedral. 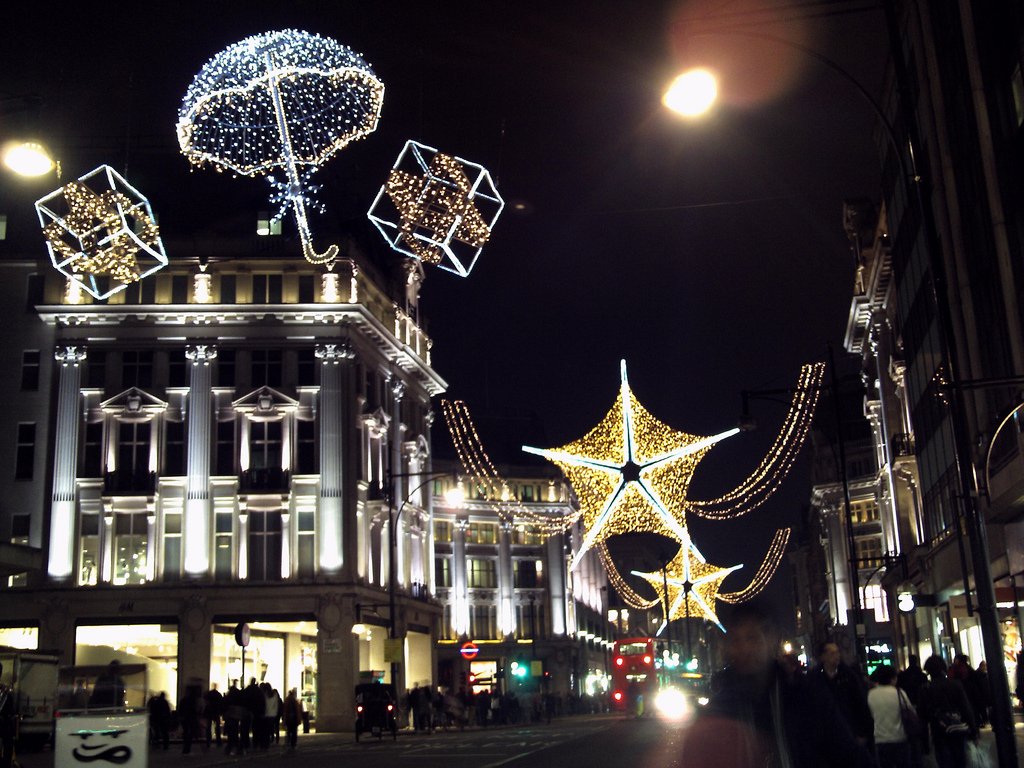 How about touring London on a bike? This tour brings you an opportunity to see the city’s Christmas lights while riding a bike, on a tour that lasts approximately three hours with the local guide who will take you to see the major attractions such as the Houses of the Parliament or the London Eye. You will also get to see the Covent Garden Market bathing in lights, and to drink the mulled wine in the beautiful Hyde Park.

11. The Christmas Cruise with Lunch 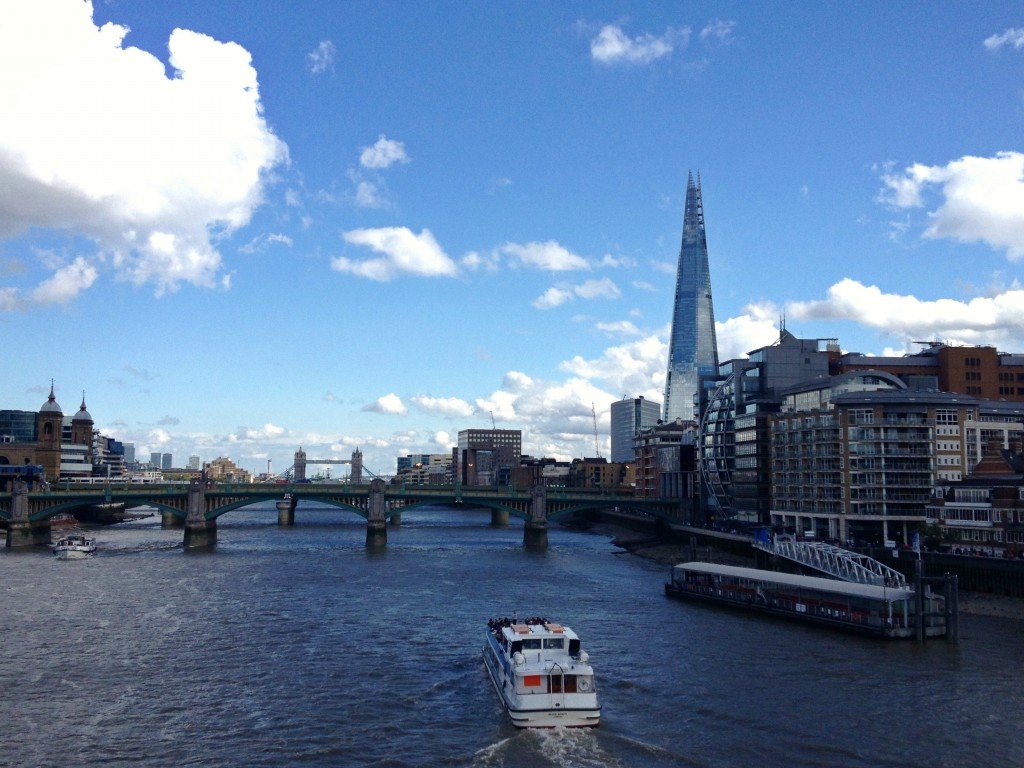 The next tour is similar to the ones that we already mentioned – it will immerse you in the magic of the winter holidays cruise down the most famous river of the United Kingdom. The cruise will last for an hour and a half, and will allow you either eat the Christmas-themed meals or to drink the afternoon teas, all of this while sailing on the ship. The seats of this boat are very comfortable and allow you to enjoy taking a look at the famous attractions. 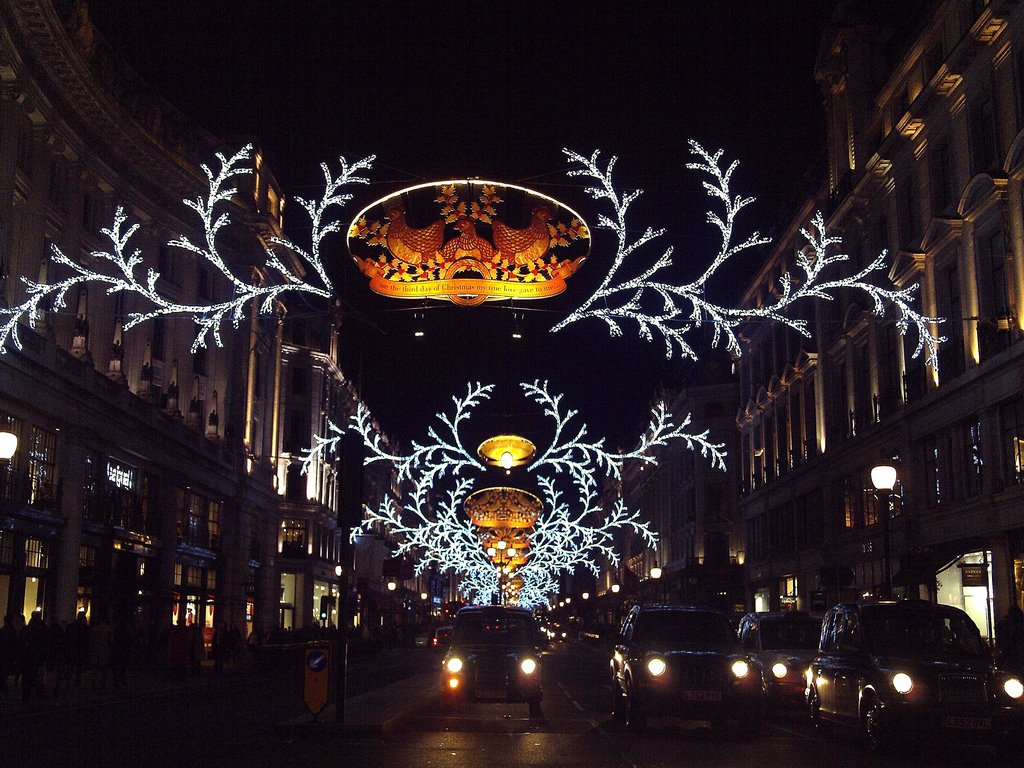 The next tour is similar to “Sail with Santa”, but it takes place on the streets of London. It is led by Santa himself, who will take you to see all the famous landmarks – like the London Eye, the Big Ben, or the Trafalgar Square. But one of the best things here is when the coach passes through the Regent Street and Oxford Circus, where you’ll be able to see thousands of Christmas lights. There is also a complimentary glass of the tasty mulled wine! 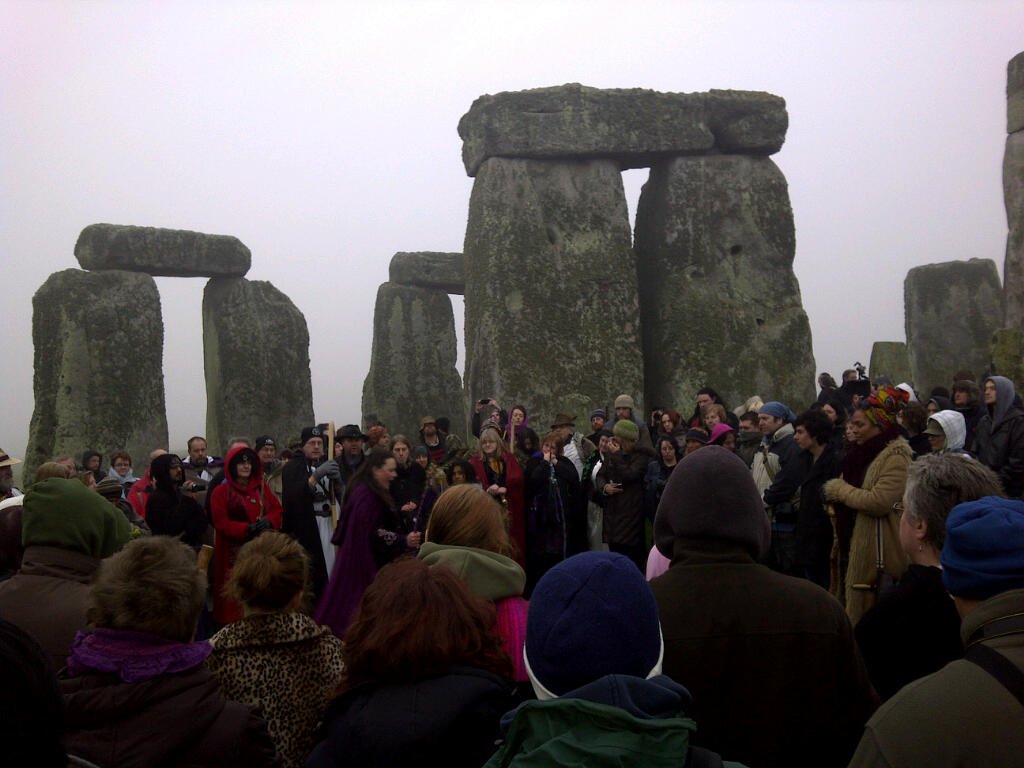 This magnificent tour will take you on an unforgettable ride, visiting some pretty famous landmarks of the English history. You will get to see the Windsor, which is a true royal town, the old Georgian town of Bath (which won’t be overcrowded like it usually is), the idyllic village of Lacock (two Harry Potter movies were filmed here), and the best destination of them all – the Stonehenge, which is probably the most famous prehistoric monument. The tour is eleven hours long. 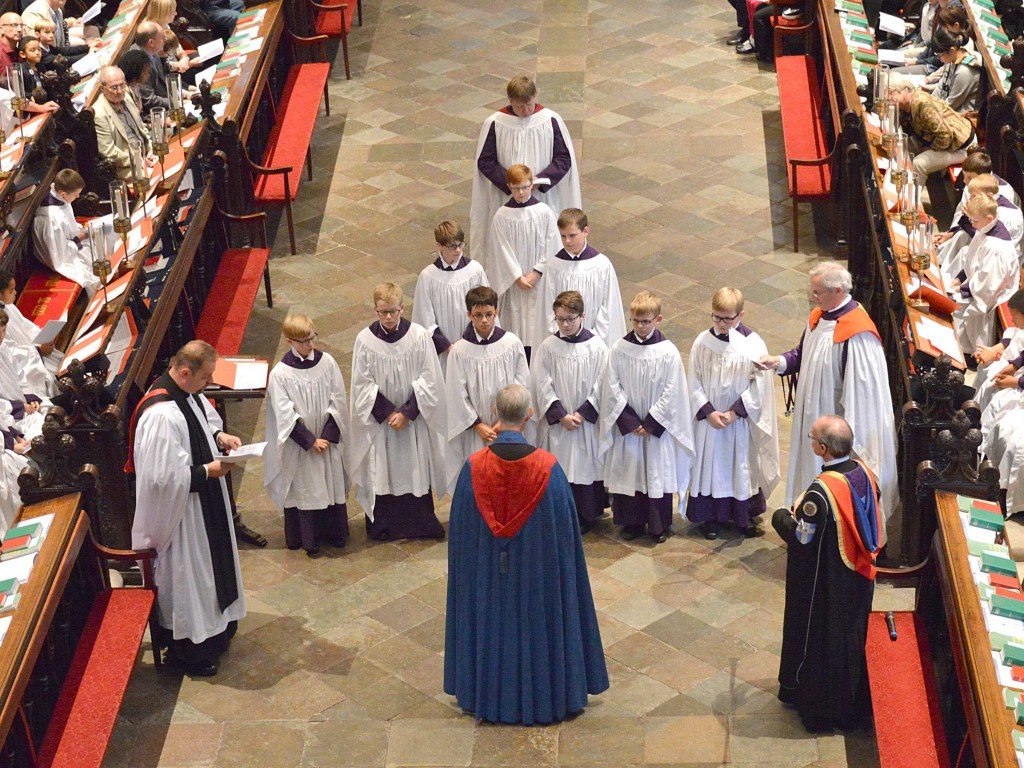 Departing from the Fountain Square, London, this amazing tour will take you to Canterbury, driving through the unforgettable countryside of Kent, and upon arriving at the Canterbury Cathedral, you will get the chance to attend to Christmas service at the church. After that comes the traditional Christmas lunch with a glass of wine, and the coach will then take you to see the White Cliffs at Dover, after which the coach returns to London, Greenwich, with more impressive buildings to see, like the Old Royal Navy College. 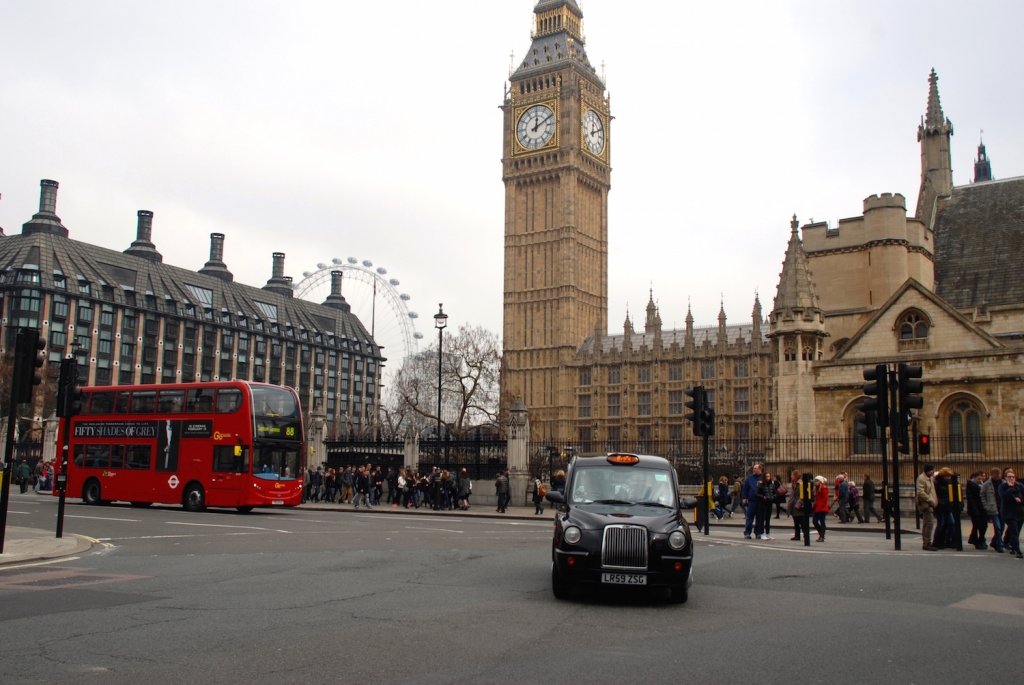 The last place on our Top Christmas Tours in London goes to a private tour, which will allow you to take two and a half hours ride around the city in a traditional black cab of London, going past the major attractions of the city that will be decorated with twinkling lights. One gets to see the beautiful neighborhoods of Belgravia and Chelsea, as well as the well-known Oxford Street, which looks amazing during the Christmas. And the driver is very friendly!

Next post Things to do for Christmas in London