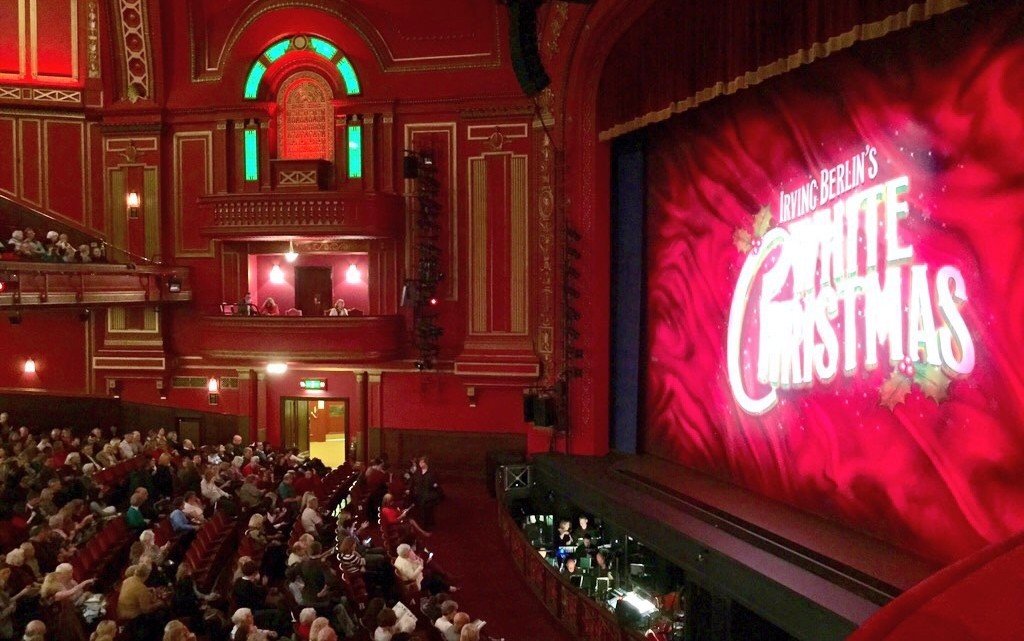 London is, like many other European cities, a fantastic place to visit during the Christmas holidays. There are numerous events held in it – all sorts of shows, sports events, fairs, concerts, and many other things that are certainly worth paying a visit to. The greatest thing here is, of course, the fact that everyone can find something to enjoy while being in England’s capital during the winter holidays, and this includes the unforgettable shows that are held in London’s popular theaters!  Our Top Shows for Christmas in London list is here to bring you the fifteen best theater shows that will be held in the city during the Christmas holidays, with some of them being our absolute favorites that should be watched more than just once. You’ve probably heard for some of them – the Christmas Carols, which is the famous festive story written by Charles Dickens, will be adapted into a play with the main actor being Jim Broadbent, whom you probably remember from the popular “Only Fools and Horses”. This is something definitely worth seeing, but the Christmas Carol is only one of many London shows that both the tourists and Londoners themselves can attend to during the Christmas holidays. Top Shows for Christmas in London are the following:

As already mentioned, this is not something to be missed out on. This is the adaptation the famous novella, written by Charles Dickens and being published all the way back in 1843. It tells the story of Scrooge, a bitter old man who transforms into a kind man after being visited by three Christmas ghost. The role of Scrooge goes to famous Jim Broadbent, and the whole adaptation is the work of Patrick Barlow. Be sure to see this magnificent show! 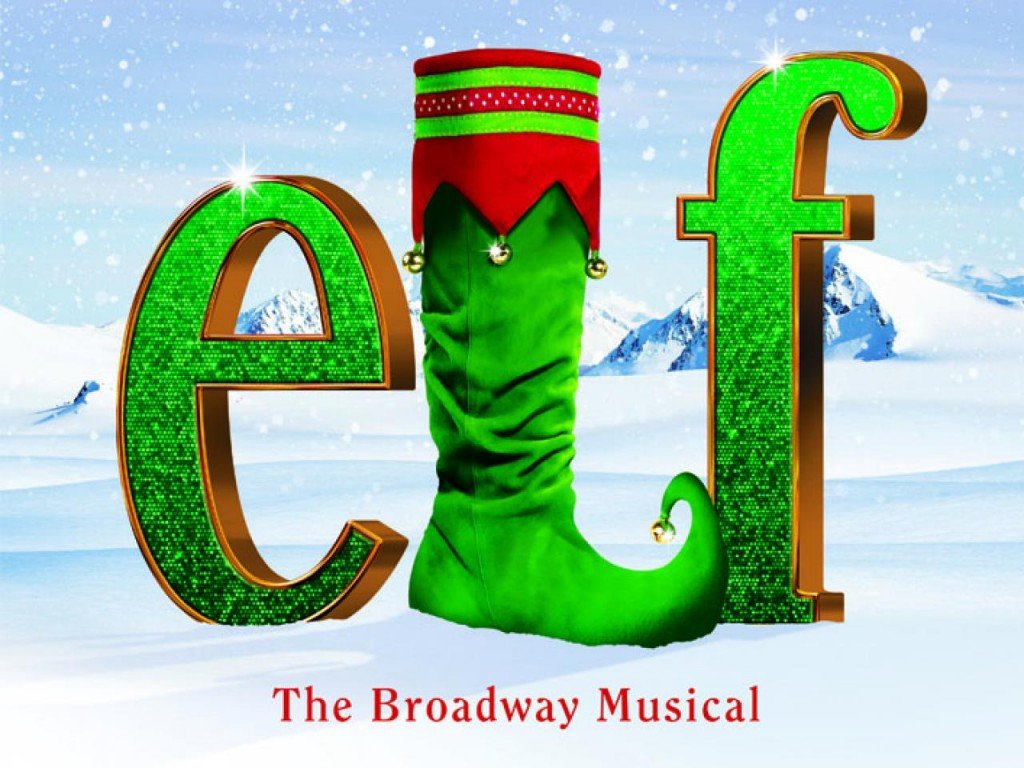 You’ve probably seen the popular “Elf”, a 2003 movie with Will Ferrell as the main protagonist, which tells the story of a young boy who gets to be raised as an elf, on the North Pole. When he realizes that he’s actually a human, he embarks on a long journey to discover his real identity. This is a stage adaptation that stars Joe McGann, Kimberley Walsh, Jessica Martin, and Ben Forster, and the show has its London premiere at the famous Dominion Theater. 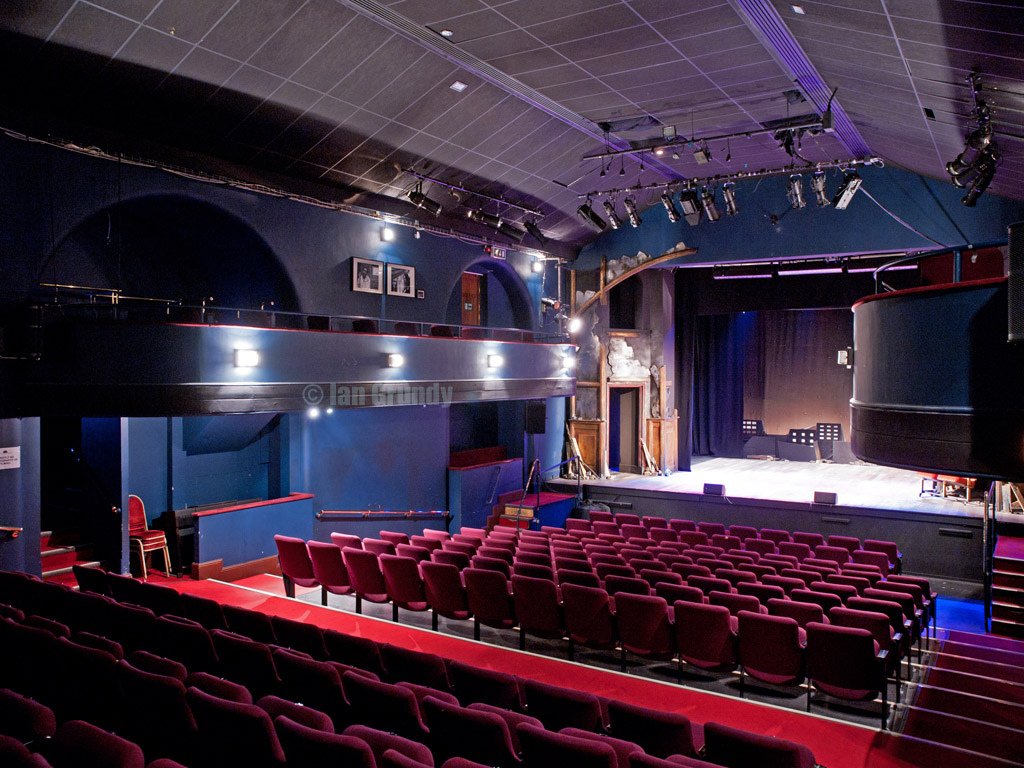 The Tinderbox is a classic Christmas tale written by well-known Danish writer, Hans Christian Andersen. It was published in 1835 and it tells the story of a soldier who manages to get a magical tinderbox that is capable of summoning the dogs who serve to him, which eventually gets the soldier to be sentenced to death, but he manages to summon these dogs to save his life. This is a true Christmas tale with colorful characters, classical music, with the story being well-adapted into a stage play. 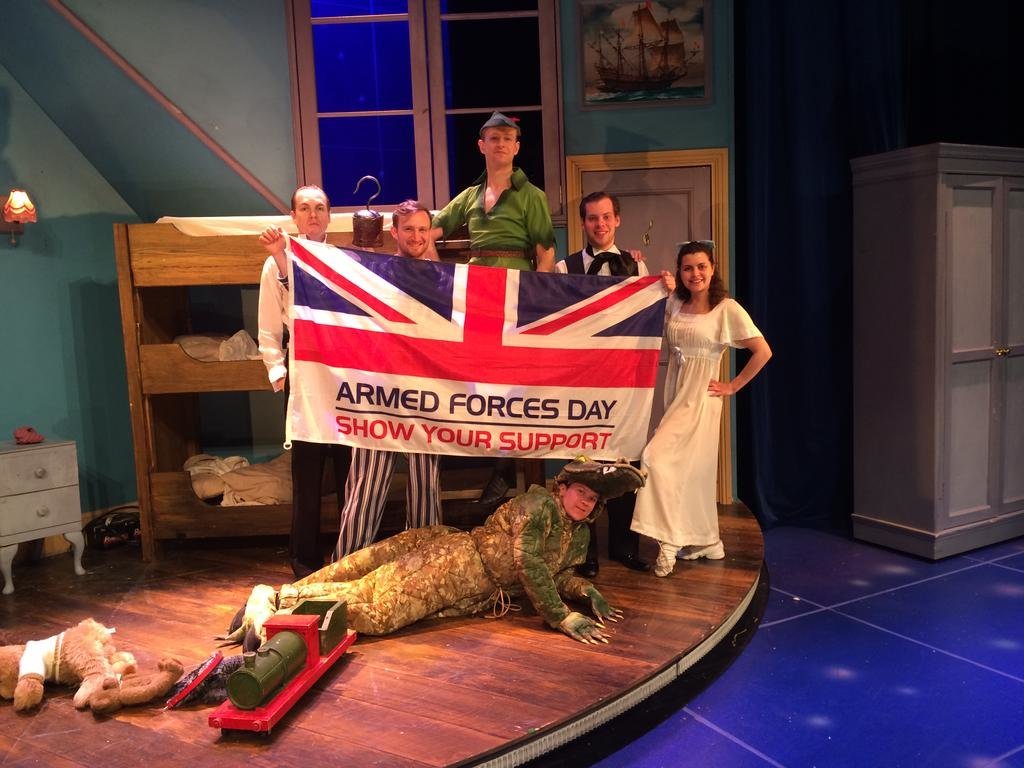 Rare are the people who never heard about Peter Pan. This is a fictional character that was created by J. M. Barrie, a Scottish novelist, with his first appearance being in The Little White Bird (from 1902). Peter Pan is a boy who never grows up and has the ability to fly, going on all sorts of adventures. The adaptation of this classic story is about to Go Wrong, being completely ruined by a group of actors who are specialized in making not-so-professional shows. 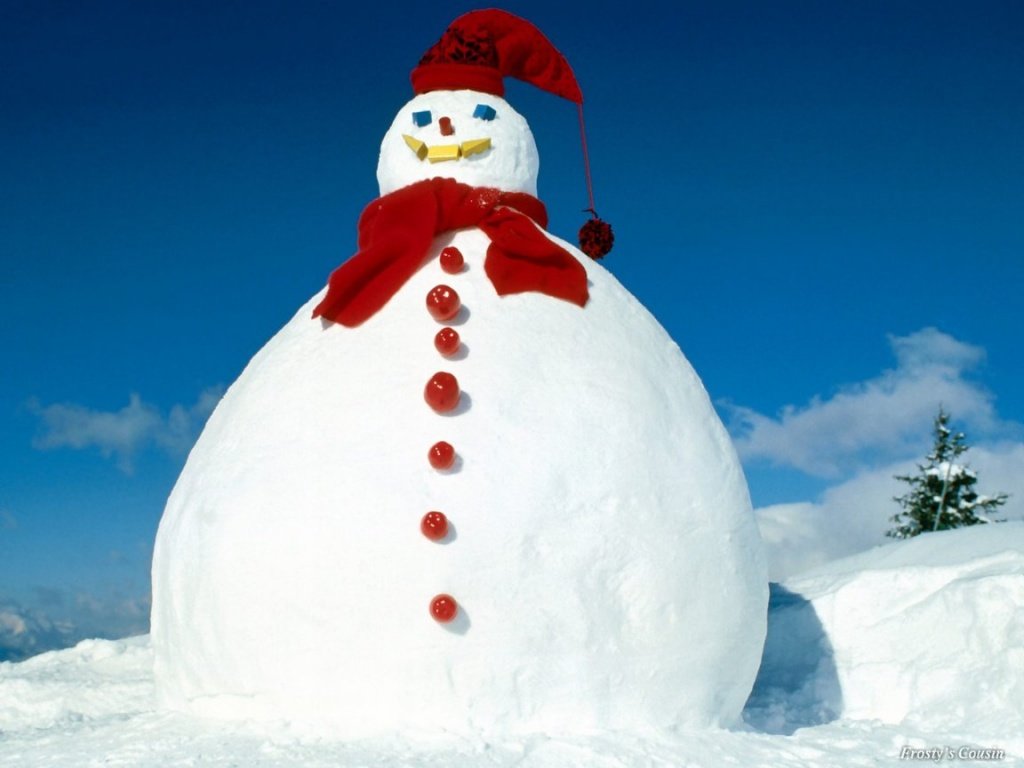 The next show on our list would be the Snowman, which will be shown at the Peacock Theater. It is a live version a classic winter tale written by Raymond Briggs, telling a story of one young boy that has a snowman who comes to life, and accompanies the boy on an adventure which brings the Father Christmas, dancing penguins, and the rain deer. This is a great show to see with your kids, and be sure not to miss it out. 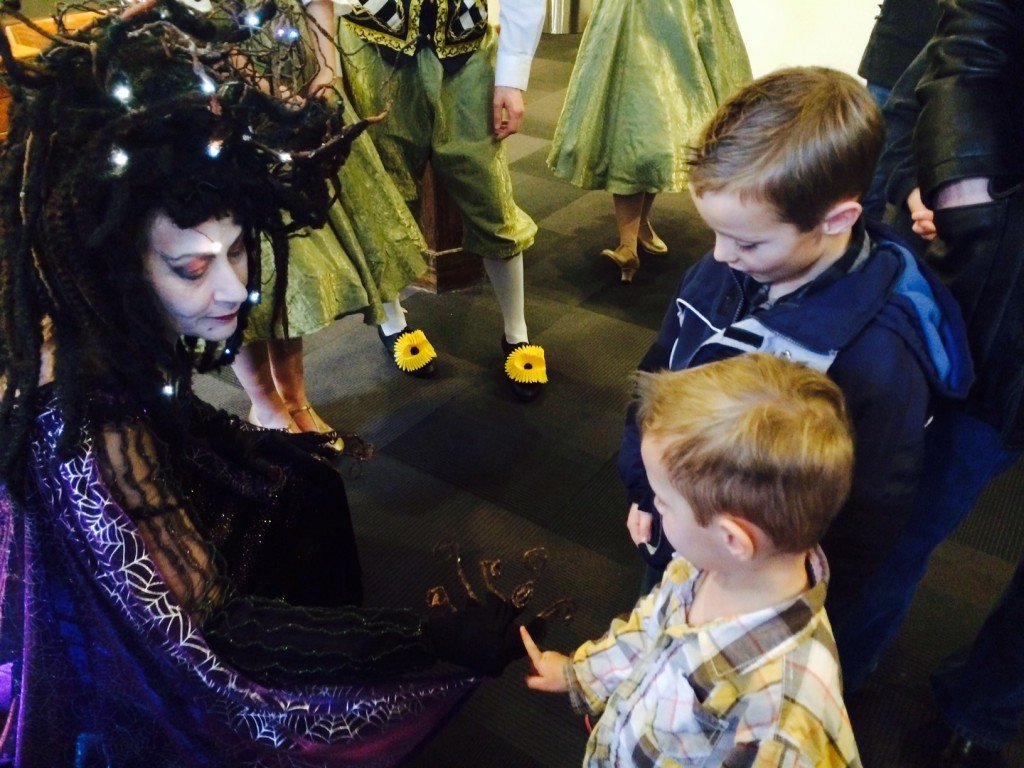 Everyone knows about the Sleeping Beauty, a fairytale that tells the story of the girl who is cursed and has to sleep for hundred years. This is the latest re-imagining of this classic tale, created by the choreographer Matthew Bourne and bringing the beautiful music of Tchaikovsky and the amazing designs done by Paule Constable and Lez Brotherson, who are also the Olivier Award winners. The show will run for eight weeks at the Sadler’s Wells Theater, which is just south of the Angel tube station. 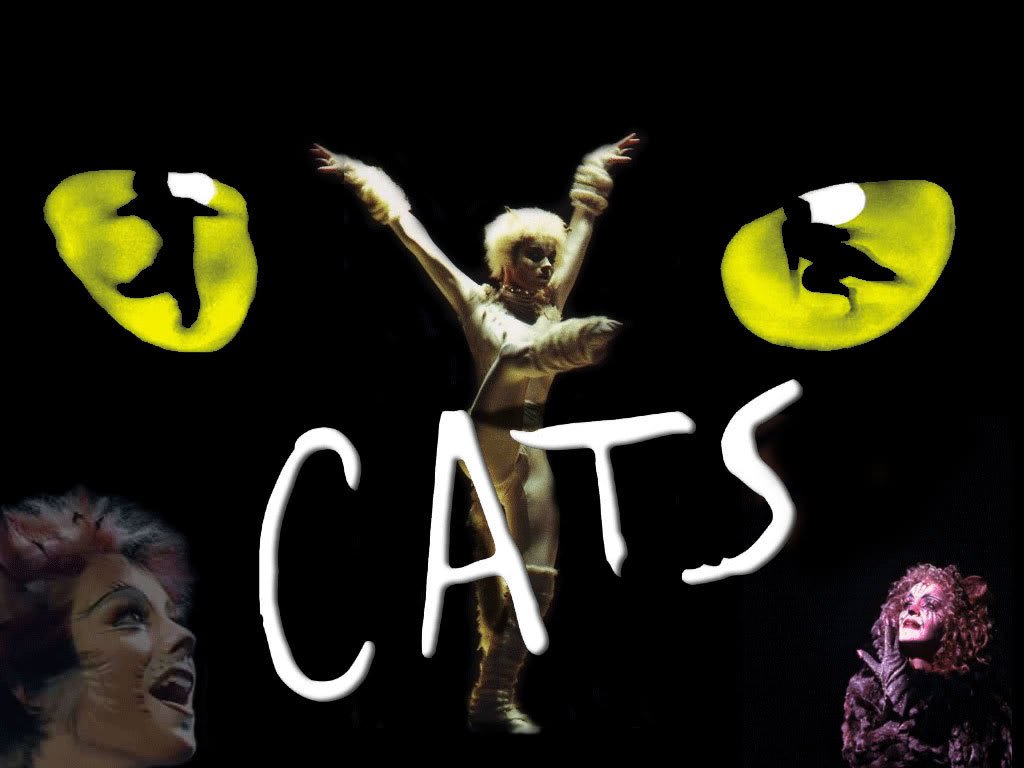 Have you ever heard about the Cats? You probably have, as this global hit is one of the longest-running shows in the world, created and composed by Andrew Lloyd Webber. This magnificent shown can now be seen at the London Palladium, telling you a story of the cat tribe The Jellicles, and bringing the outstanding, energetic choreography that is certain to enchant you as it enchanted millions of theater lovers around the world. It’s surely a good choice for the Christmas holidays! 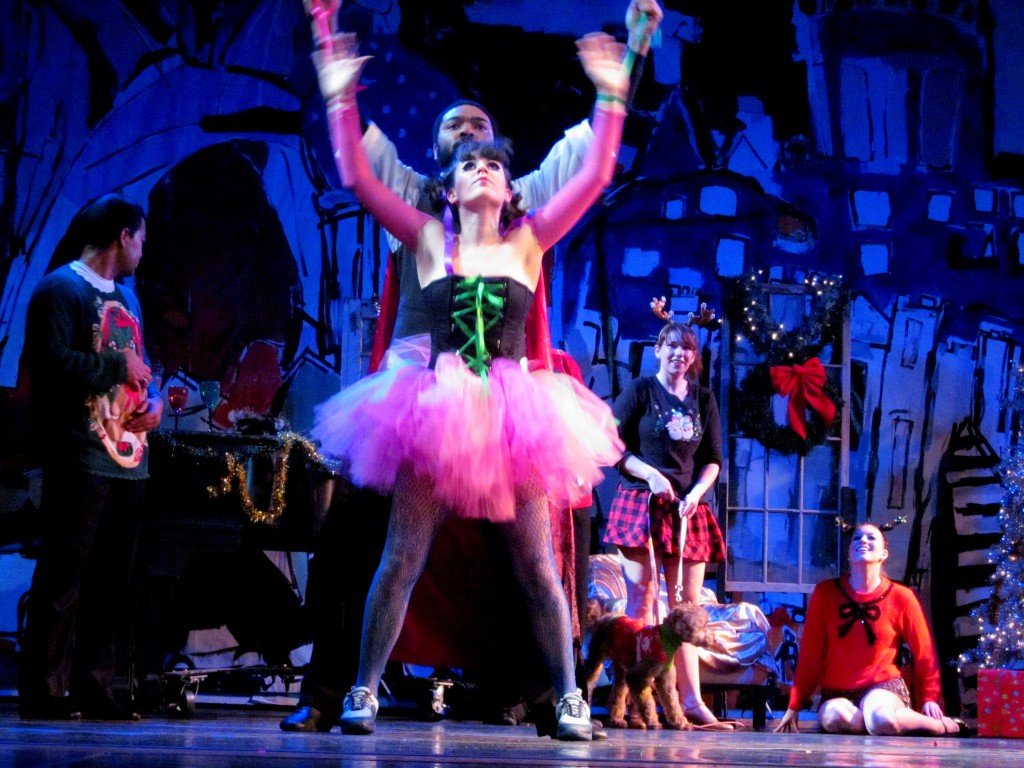 The Nutcracker is probably one of the most famous ballet plays in history, with the music being composed by Tchaikovsky. The story is a classic one – a young girl, Clara, searches for her most favorite present, one nutcracker doll, and finds that the mysterious magician called Drosselmeyer is waiting for her to transport her to the dreamy adventure, on which she will encounter characters like Sugar Plum Fairy or the Mouse King. Expect a mesmerizing performance by the members of the Royal Ballet. 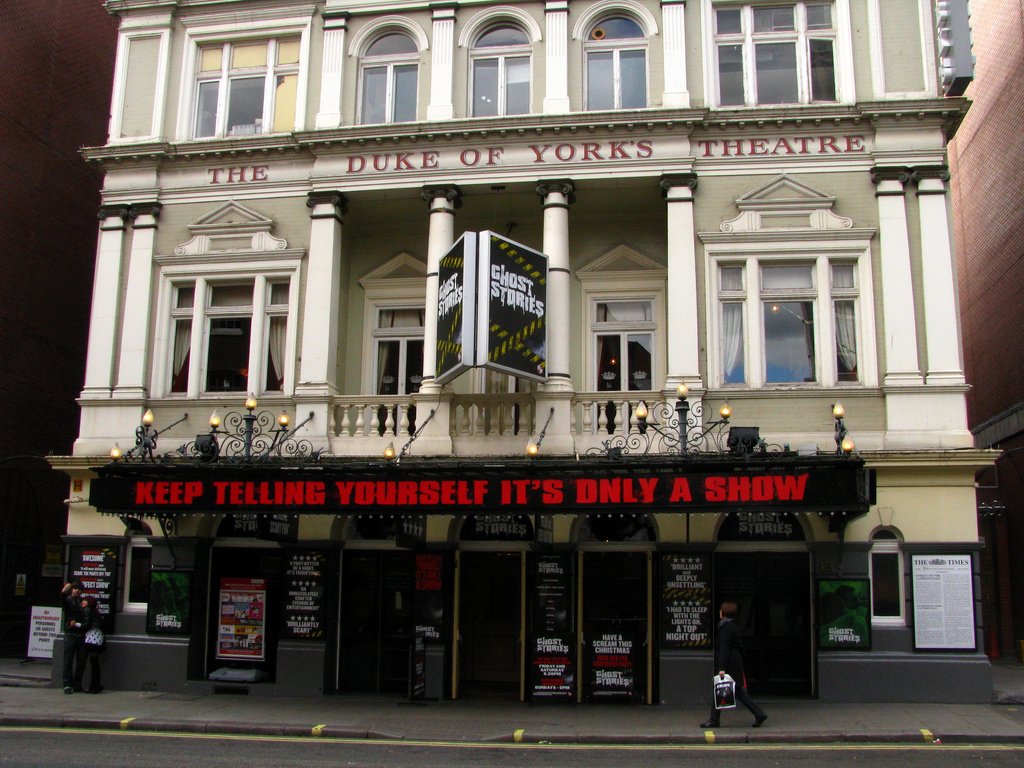 This is an adaptation of the modern classic that was written by Michelle Magorian, bringing a story of young William Beech who is evacuated to the countryside of England during the Second World War, and starts an unexpected friendship with old Tom Oakley, a friendship that has to end once the boy is summoned back to the city. It is once truly uplifting tale that has now been adapted by the Chichester Festival Theatre, the Olivier award winner, and directed by Angus Jackson. 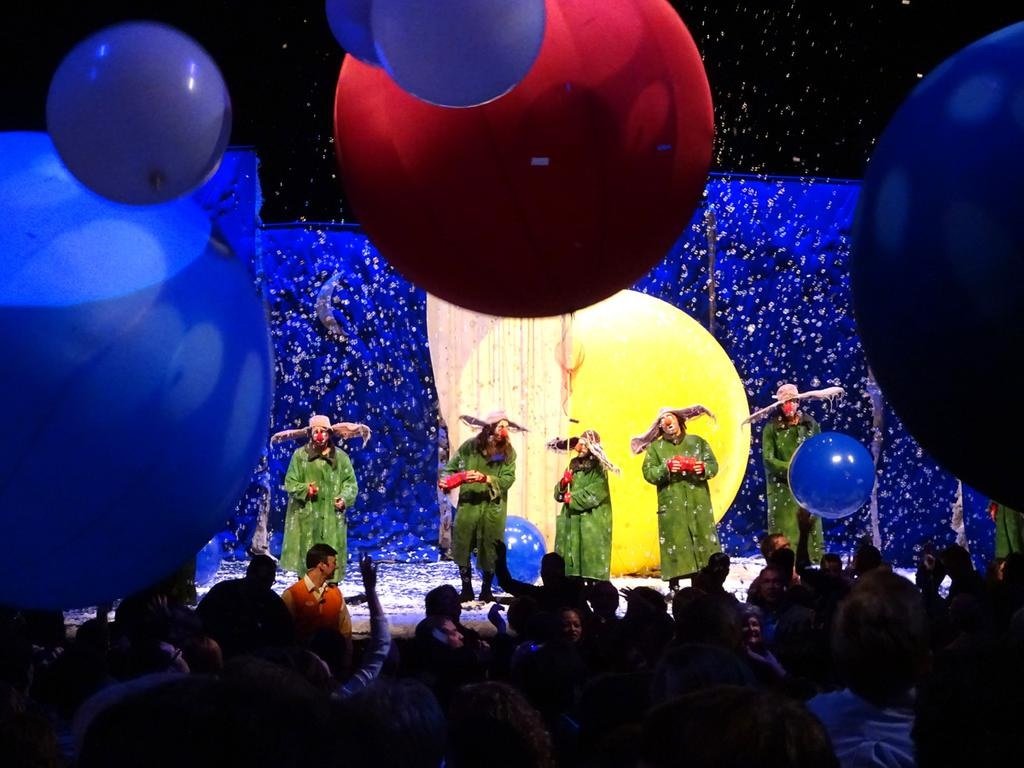 The international sensation is back to the Royal Festival Hall for the fifth year! This show is performed by an awarded company of clowns who create a magical world with incredible images melting into one another, and with the culminating scene that simply has to be experienced live. It is a stunning visual spectacle, and a perfect opportunity to take your kids to one unforgettable evening – this show has now been performed for 20 years and has won numerous awards around the globe. 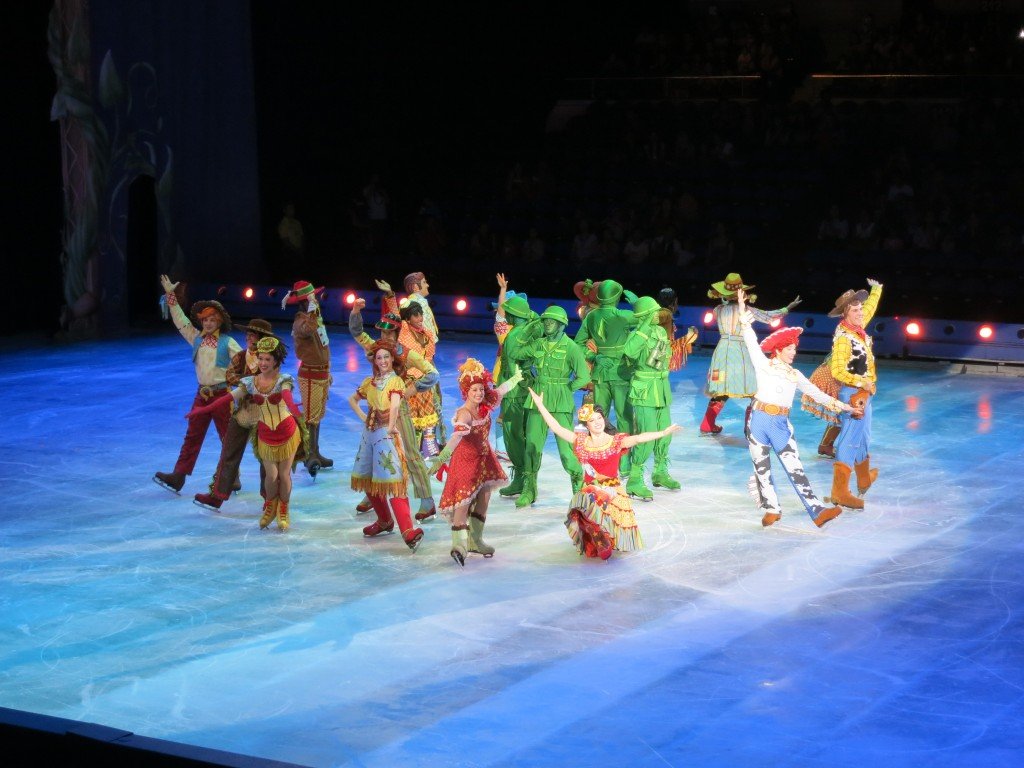 This is an event hosted by Disney on Ice, and it’s being held at The O2 Arena. It is a spectacular Ice show that is better and bigger with each year, bringing some new characters which will be joining the old ones – Donald Duck, Mickey Mouse, and others. The audience is encouraged to dance and sing along with these Disney characters which will be performing some pretty amazing antics on the ice, making this a perfect event if you’re looking for some family entertainment. 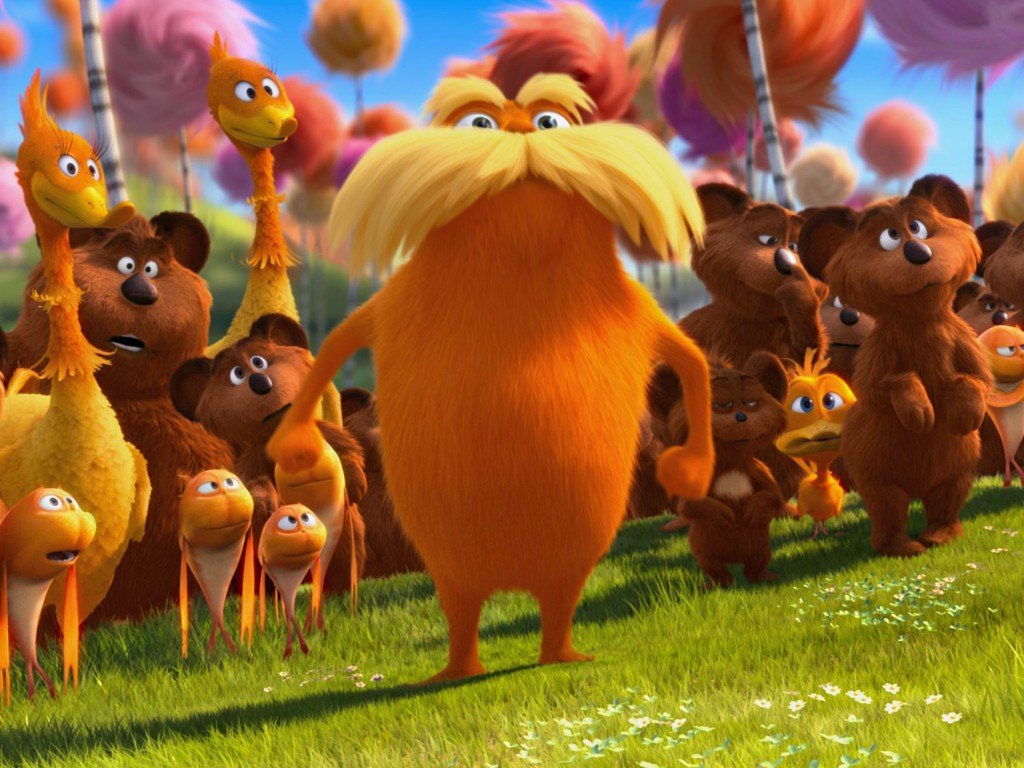 This will be an adaptation of the famous children book that was written by Theodor Seuss and published in 1971. It is a story of the Lorax, who is one really bad-tempered creature that has a mission to save the planet from the tree-chopping businessman who is known as Once-ler. The story has been adapted by David Greig and brought on the stage by Max Webster. It is one truly bright show that is filled with jokes, ready to entertain the whole family.

The winter simply can’t go without this famous play that was written by the most famous English playwright – William Shakespeare, all the way back in 1623. It is a timeless tragicomedy that is now reimagined and can be seen at the Garrick Theater, being directed by Kenneth Branagh and Rob Ashford. The viewers will get to see one of the most acclaimed actors in the history of the United Kingdom – Judi Dench, who will be joined by Tom Bateman, Jessie Buckley, and John Dagleish. 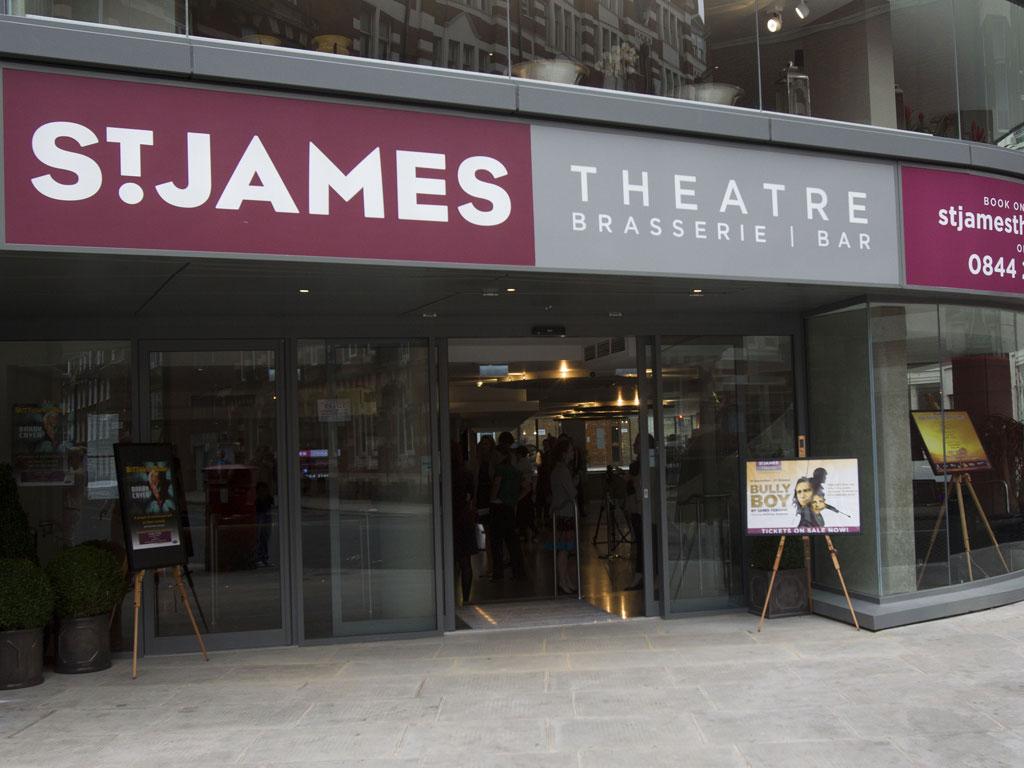 The tales written by Jules Verne are truly amazing! This one, Around the World in 80 Days is probably the most famous one (along with Twenty Thousand Leagues Under the Sea, of course), and tells the story of Phileas Fogg who attempts to circumnavigate our planet in just 80 days. This 1873 book is now brought to the stage in the St. James Theater, as one entertaining and imaginative play that is sure to wish you see it more than once. 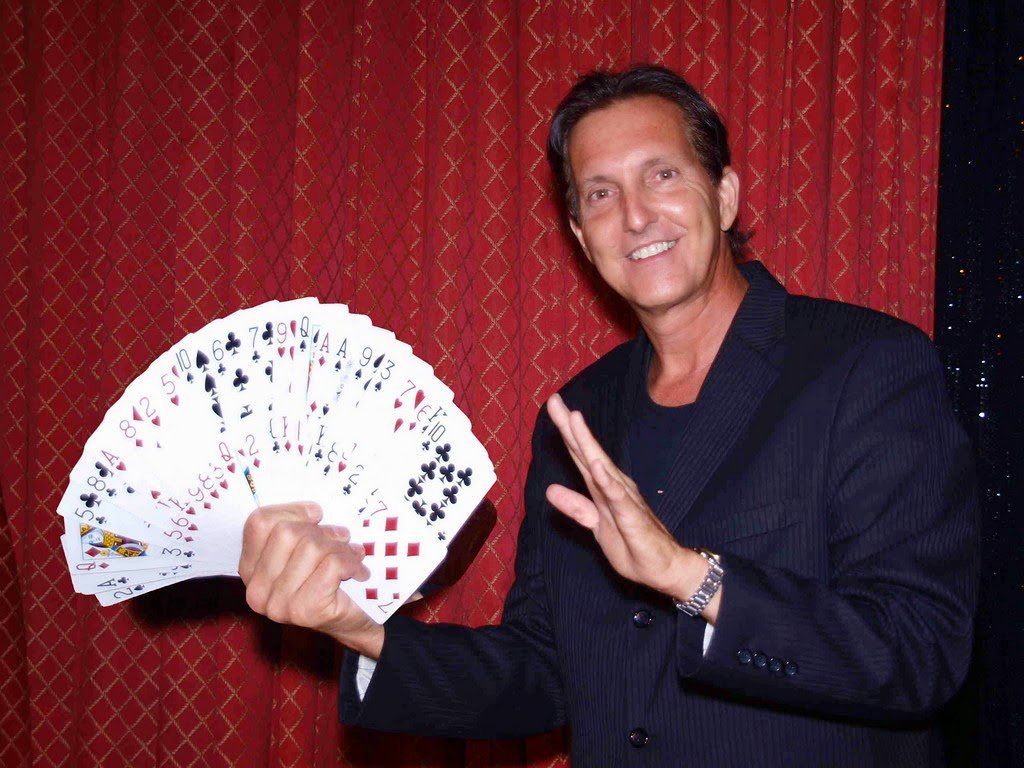 And for the end of our Top Shows for Christmas in London, we have something magical. The Shaftesbury Theater is hosting The Illusionists show, which is a gathering of seven acclaimed magicians who will feature in one really fast-paced show that will bring loads of both old and new tricks, as well as some pretty incredible stunts. This show has been breaking various box offices around the globe, and it has been sold out on Broadway (NY). Don’t miss this one!