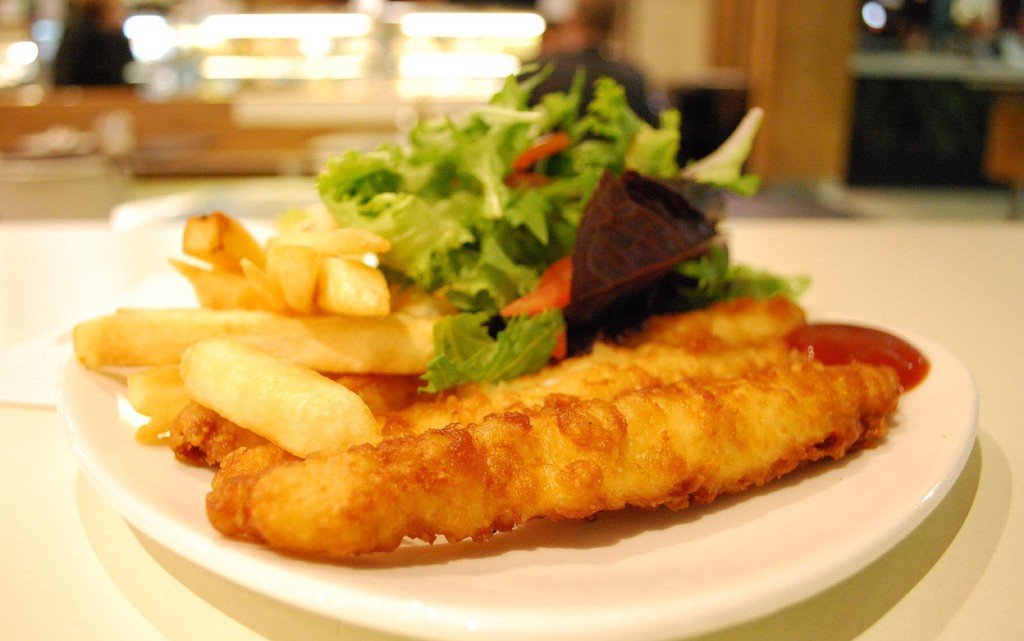 After one realizes just how many Italian, French, Thai, Chinese, and Indian restaurants there are in London, he might start wondering – where are the traditional English eateries? Well, there is a great number of them everywhere around the city, making us go and visit them in order to create a list of the top English restaurants in London list, presenting you with thirteen f the best traditional British eateries that can be found in this global city. One can expect a great atmosphere in each of these places, with some of them featuring that well-known “British” fell, with all the decorations and elements of design that go with it. And let’s not forget the main thing here – the food! The food is just great in each of these thirteen eateries, bringing you some of the most traditional dishes of the island, along with various wines, beers, and cocktails. The service was great in each restaurant while the prices vary – on this list, you will find both the luxurious eateries and those affordable restaurants which are great for the bargain hunters. So, come with us on the journey of finding the top English restaurants in London – you will enjoy it! 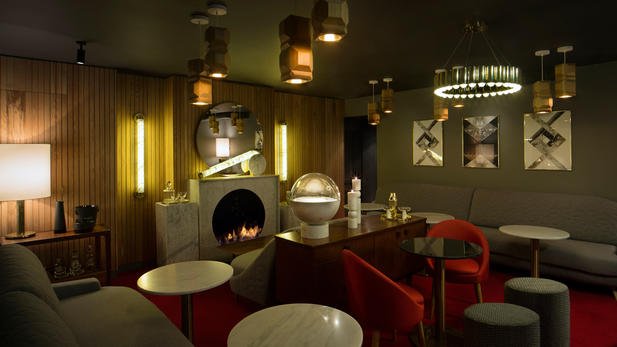 The first restaurant on our list will be Old Tom & English, which can be found in the famous district of Soho, located on the street that’s filled with restaurants serving meals of many international cuisines – the Wardour Street. Old Tom & English is situated in a building at number 187, featuring a weird combination of designs in the interior, with some comfortable sofas and beautiful carpets. And when it comes to food, this place has an extensive menu filled with things like the donuts, cockles, and the sea bass. 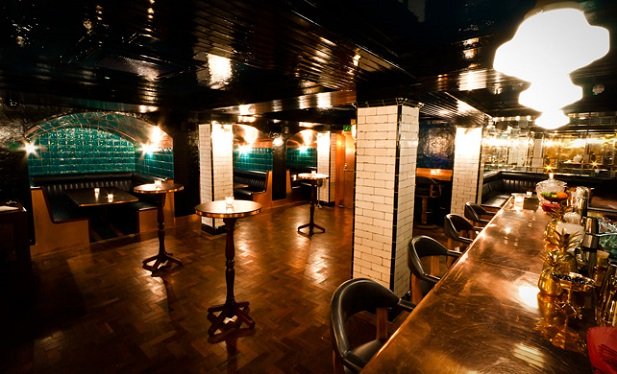 One of two Hawksmoor restaurants on our list, the Hawksmoor Spitalfields is located, as the name suggests, in the London district of Spitalfields. It opened in 2006 on the famous Commercial Street and serves the guests in its relaxed interior that features a pretty low ceiling. This place is a great choice if you’re interested in the traditional British food – there are meals such as the pork ribs, various steaks, the lobster, all sorts of salads, as well as an extensive wine menu. 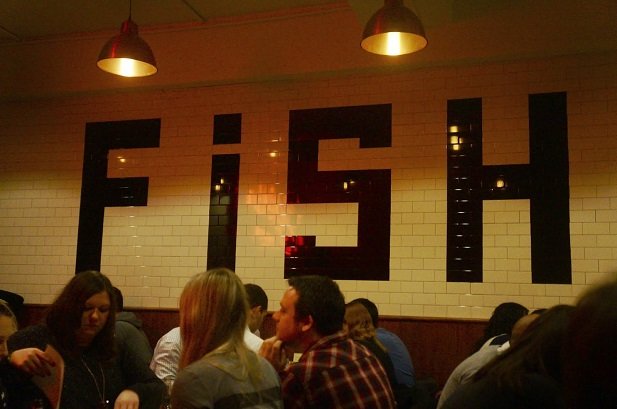 As the name suggests, this is one of the best places in town to head to if you’re interested in eating one of the most famous English meals – the fish and chips. The Golden Union Fish Bar can be found in the district of Soho, on Poland Street, where it stands as a place that features the distinct decorations of the English style, and serves affordable fish & chips meals that taste great. The important thing here is that the fish is – fresh! 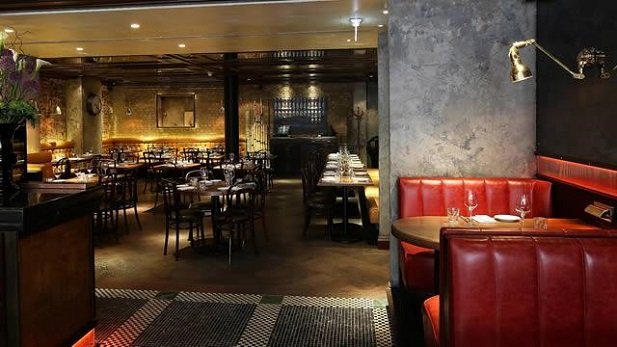 This place has a very simple name, which says everything – you should just come here, order a nice meal and have a relaxing talk with some of your friends. It is, just like the Golden Union Fish Bar, located on Poland Street, and has one of the most comfortable interiors that we’ve ever seen – the cozy leather booths are just great! The traditional English food that is served here consists of meals such as the mushrooms, duck breasts, as well as the egg & chips. 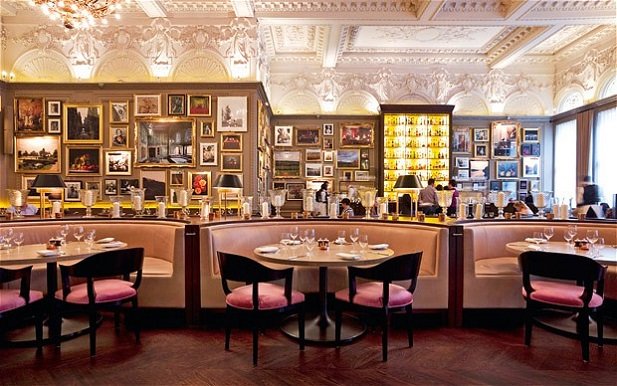 The next eatery on our list of the top English restaurants of London would be the Berners Tavern, located in the district of Fitzrovia. This place has one truly comfortable dining room that features the ornate ceiling, as well as the low lighting and a very large space, unlike in some of the other restaurants. The Berners Tavern has one of the best cooks for the head chef – Phil Carmichael, a guy who’s in the business for a long time and knows his job. 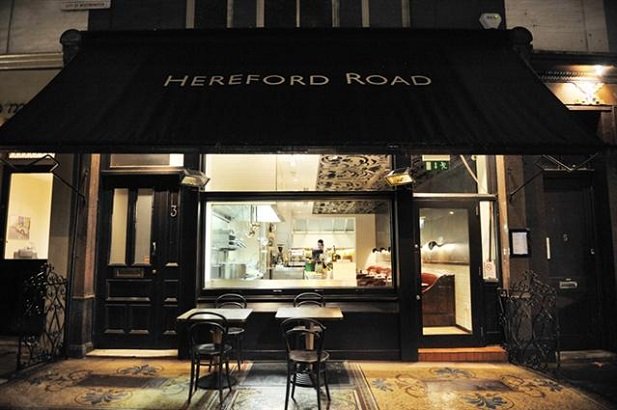 This is one of the finest English restaurants in the city, located on the street of the same name and featuring a very unique atmosphere – this place was once a butcher shop! The greatest thing about the Hereford Road is how affordable the place is – all meals have some pretty reasonable prices, and one can get the two courses for a low price of just thirteen pounds. And let’s not forget the service – the guys who work here are really friendly. 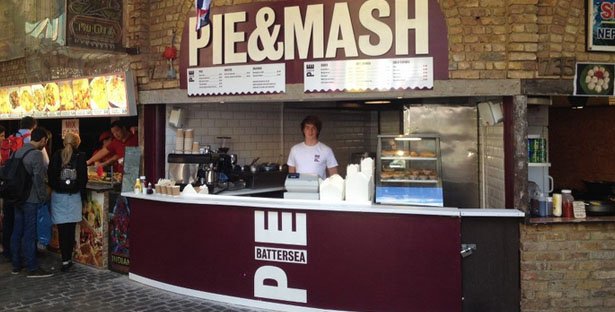 If you were searching for a place to eat a tasty pie – search no more. The Battersea Pie Station serves the finest pies in the whole area of Greater London and is located at the Market, not far from the famous Battersea Station which was featured on the cover of “Animals”, which is one of the most famous Pink Floyd albums. This place is pretty small, but it has a relaxing atmosphere and some very affordable meals – but the pies are just amazing! 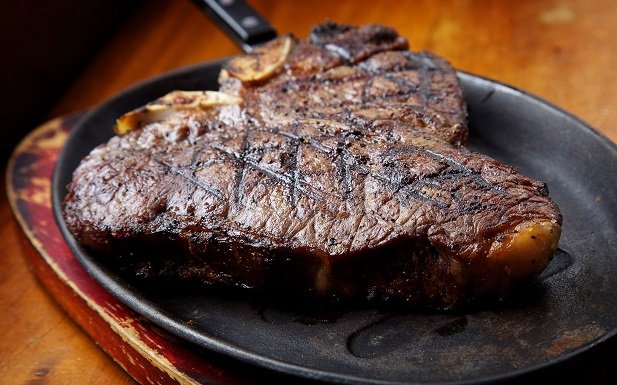 The coolest thing about the Guinea Grill is how old this place actually is – it dates all the way back to the end of the 17th century – to 1675! This, of course, means that you can expect one thoroughly British atmosphere here, and the Guinea Grill serves some of the best beef steaks in the whole city. We also really liked the pork pie here, as well as beers and the French wines. Be sure to pay a visit when you can! 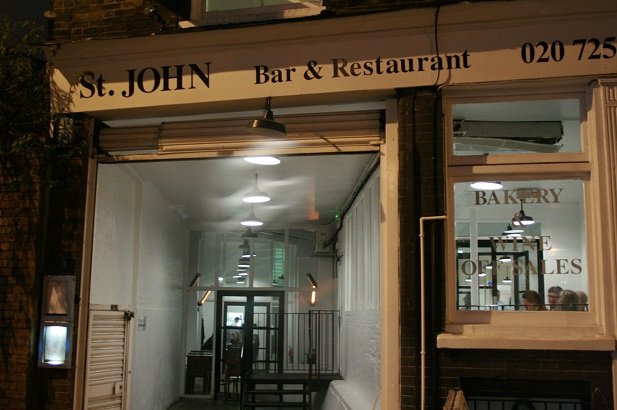 This place is not only one of the best English restaurants but one of the best eateries at all. The St. John can be found in an old building that was once a smokehouse, where it opened back in 1994 and where it still stands as a popular destination for those who like the fine food – the meals that are cooked and prepared here are just amazing! The restaurant is a winner of many awards, and it’s certainly no wonder why. 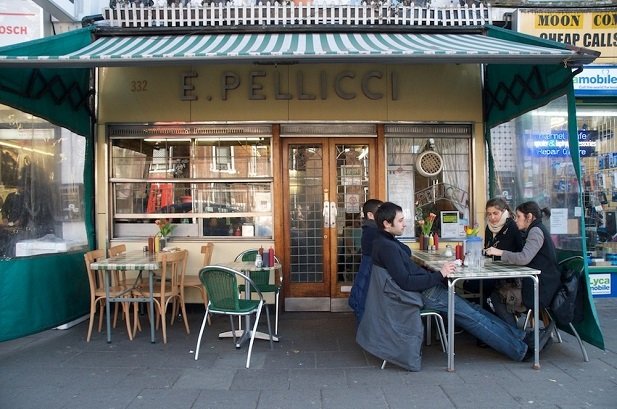 Don’t worry – this is not an Italian restaurant! This place can be found on Bethnal Green Road, and is a great place for people who like to combine traditional English meals with Italian ones, which are more exotic and spicy. All the dishes of this restaurant are prepared by Mamma Maria, who was been working at E Pellici for about 50 years now, and surely knows what she’s doing. You will like the vintage decorations, as well as the overall coziness of the place. 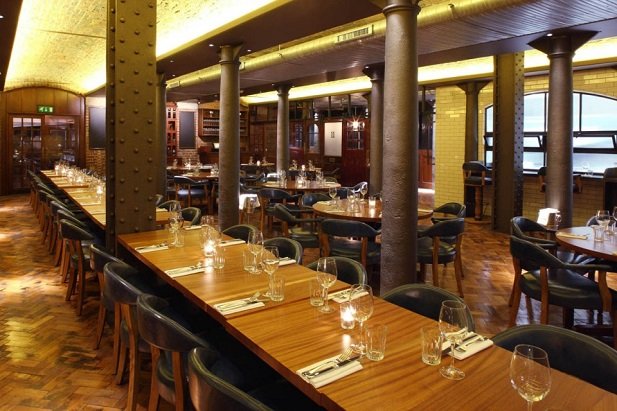 Second of the Hawksmoor restaurants on our list of the top English eateries in London, the Hawksmoor Seven Dials features a dining room that instantly transports the guests back to 1920s, and offers some really fine food, like the delicious steaks, tasty puddings, and all sorts of salads as the addition. This place can be found in the London district of Covent Garden, on the Langley Street, and is certainly among the best eateries that we’ve ever been to. 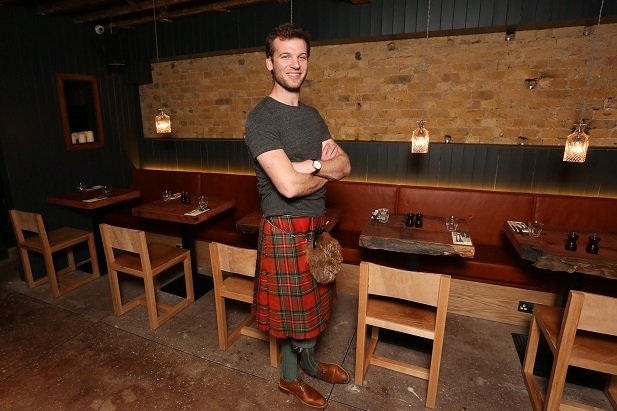 The next restaurant carries the name of Mac & Wild and is located in the London district of Fitzrovia – more precisely, on the Langley Street. The classic English meals that are served at this eatery are created from ingredients that mostly come from Scotland, and we would definitely advise you to try some of their deer dishes, as the deer is something that the cooks of Mac & Wild specialize in. We should also mention that the interior is very pleasant, featuring walls with exposed bricks and the wooden tables. 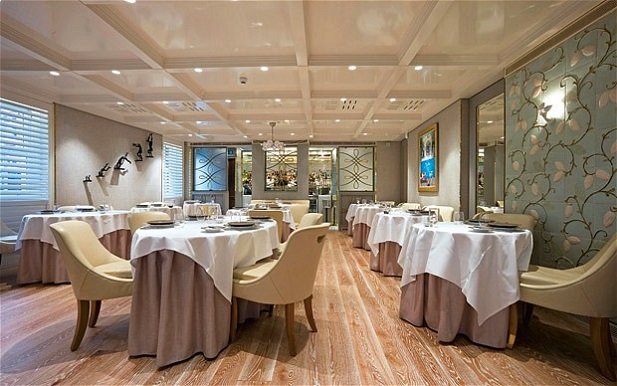 The last English restaurant on our list is the Five Fields, which can be found at the Blacklands Terrace, just west of Sloane Square. This place is surely worth visiting, since it’s one of the best Modern British eateries in the city, serving the meals that have fixed prices and are created from some pretty rare herbs, as well as from the best seasonal ingredients. There is also a nice cocktail list while the Wine menu consists mostly of the French wines.