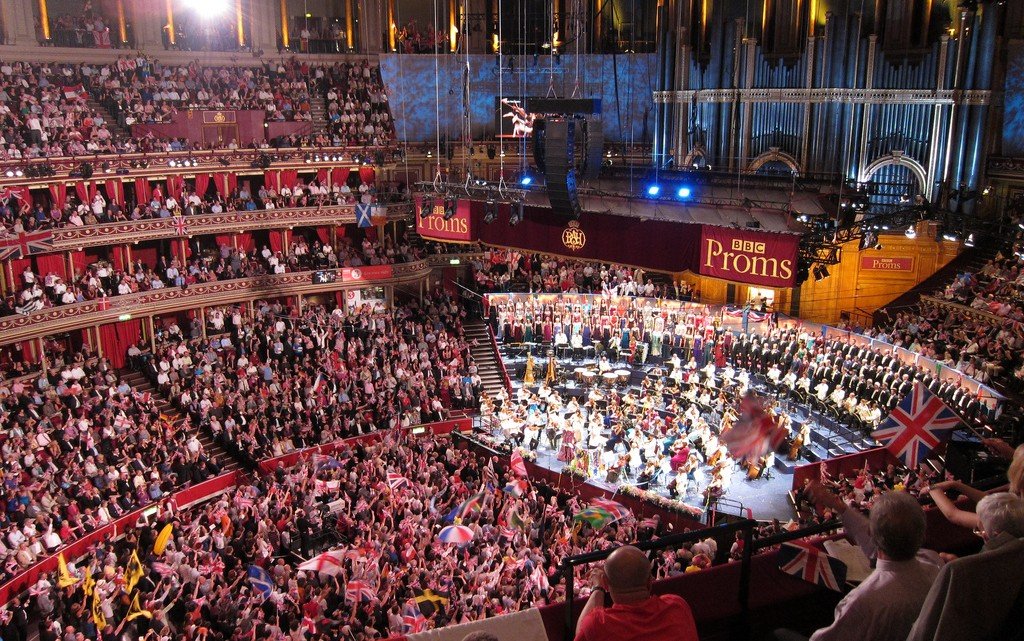 As it is the case with many major cities around the planet, the capital city of the United Kingdom is also filled with various events which can be really interesting for both Londoners and for the tourists. This city is huge and sprawling, and there is simply bound to be at least one event that will catch your attention and make you participate in it. This is why we went around the city and found what we think are the Best Events in London, each of them falling under some category that just might be of interest for you. For example, if you’re a lady who loves flowers, you will most certainly be interested in the famous Chelsea Flower Show, which lasts five days and can easily feel overwhelmed with the enormous number of various flowers that are on display there. Or, if you’re a guy who is into movies, you surely have to pay a visit to the London Film Festival, where you will be able to see one of the 300 movies that are shown at it every single year. There is something for everyone – these are the Best Events in London and we’re sure that you’ll like them! 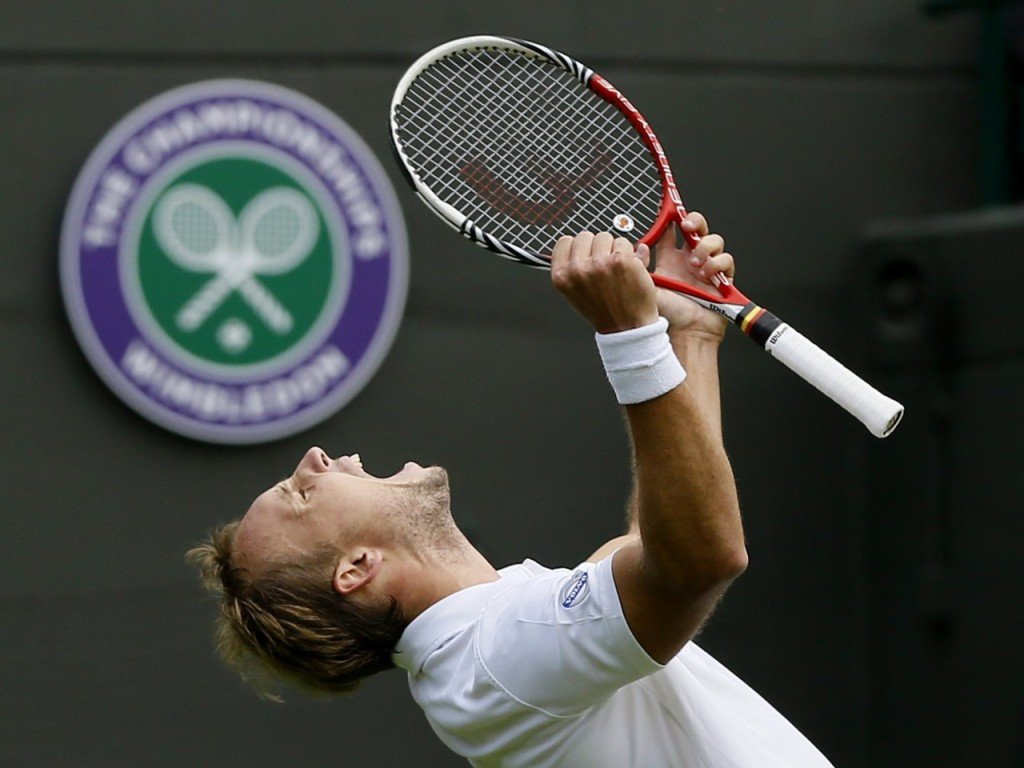 Was there ever any doubt which event is going to take the first place? This is probably the most famous tennis tournament in the entire world, and certainly the most famous – it has been held ever since 1877! It lasts two weeks of every summer, with a great number of the tennis player who come all around the world to play games that are watched by thousands of spectators. The games are played on the grass surface – unlike any other Grand Slam tournament. 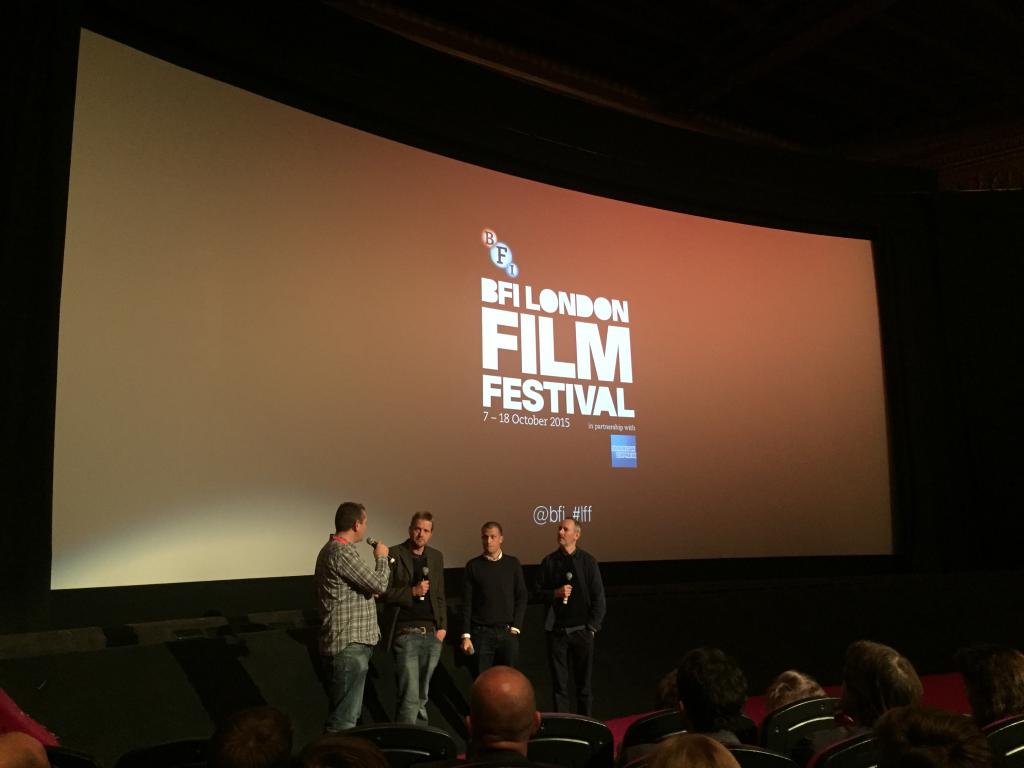 Now, this is something that you simply can’t miss if you like movies. The London Film Festival is held every year, in October, and it shows hundreds of international films, shorts, and documentaries – there’s no way for you not to find at least one that will catch your attention. The festival, of course, presents awards to the best films, documentaries, and actors, and also has interviews with filmmakers and actors, as well as some workshops. Pretty interesting, don’t you think? 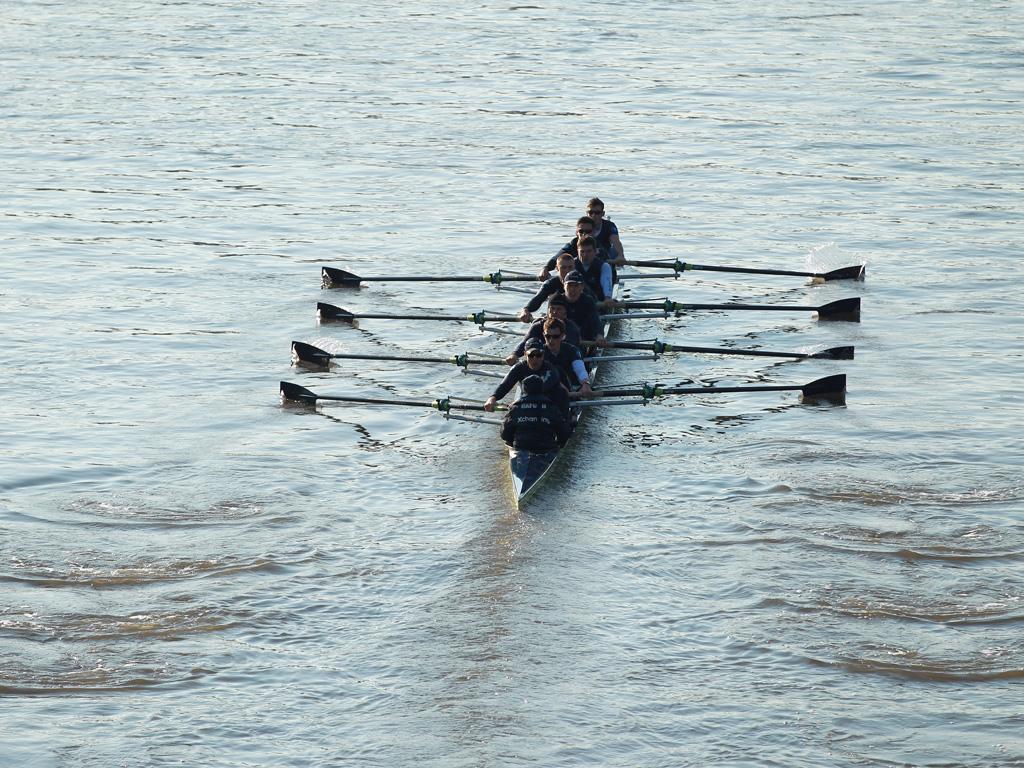 The next major London event on our list is the famous boat race, facing the Cambridge Boat Club against the Oxford University Club. It has been held ever since 1856 (with the exception of the war years) and is watched by thousands of viewers both on the location and on the television. The teams are racing each other on the Thames River, and the current result is 81 – 79 for Cambridge. The finish line of the race is at the Chiswick Bridge. 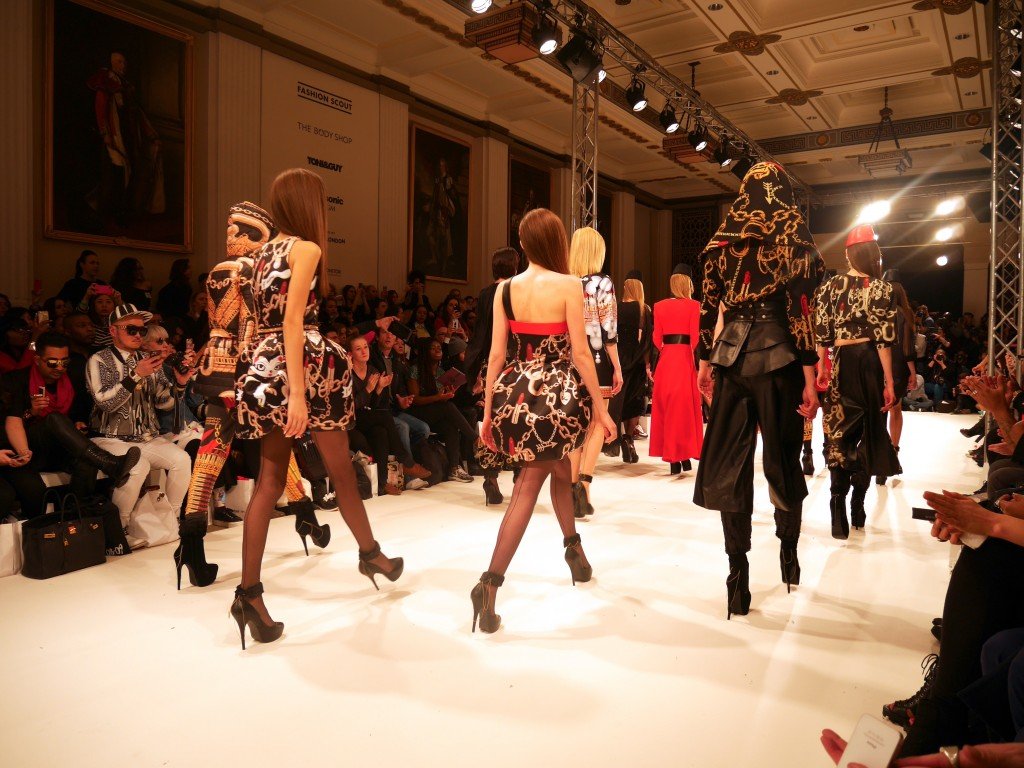 This is a perfect destination if you’re interested in fashion and you find yourself in London during February or September – the London Fashion Week is held two times during one year and draws over 5000 visitors, and this includes reporters, designers, and, of course, the celebrities. There are at least 80 fashion shows to see here every time. One can see a debut of many incredible collections, being worn by some of the most famous fashion models of our time. 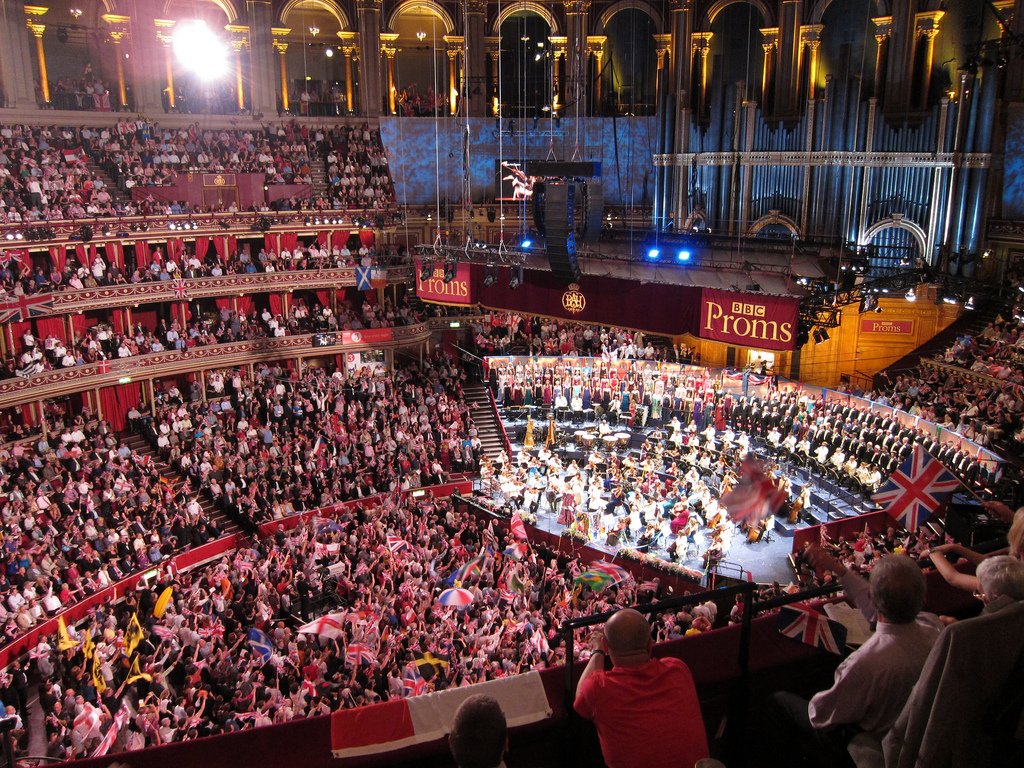 “The Proms” is a short for the Promenade Concert, which is held in the famous Royal Albert Hall (South Kensington area of London). It is a grand event that’s dedicated to classical music, featuring over 90 concerts that are held in the summer, between the months of July and September. For just £5 one is able to hear some of the most famous musical compositions in history, created by Wagner, Beethoven, Bruckner, and even some of the scores that come from the Hollywood. 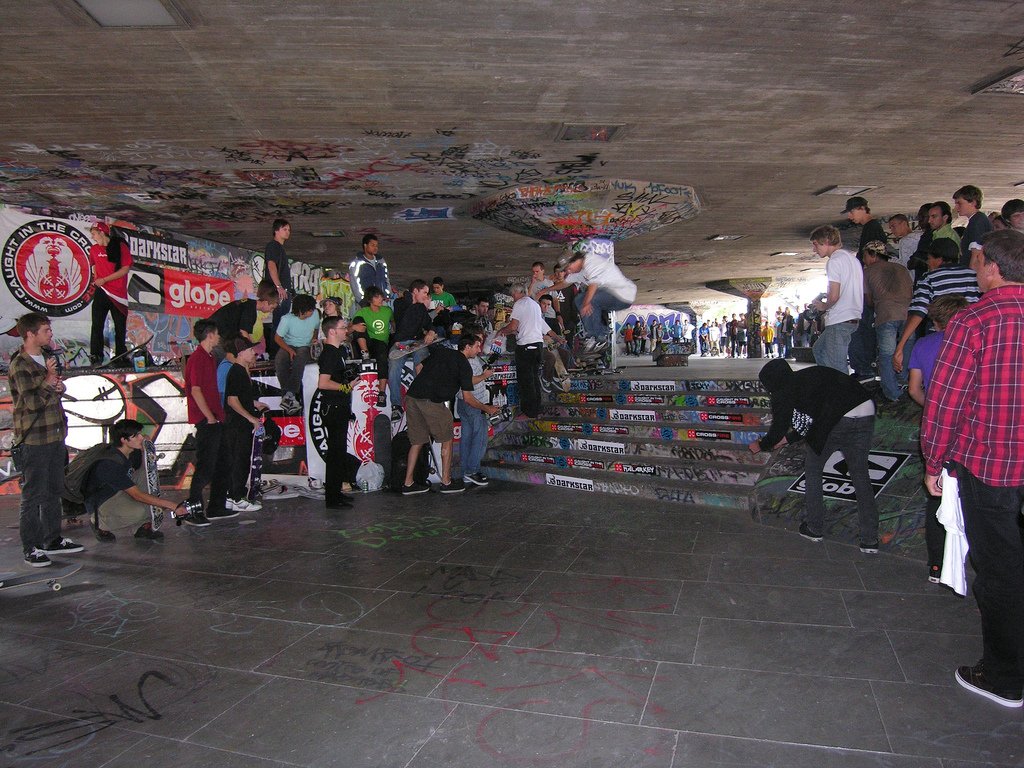 This is a completely free of charge festival that, as the name suggests, has the most famous English river as its theme. It is held on the banks of the Thames (between the Tower Bridge and the Westminster Bridge) and features many educational, artistic, and musical events that are attended by thousands of people each year. It is held in September, and one can also take a look at the very interesting boat race, featuring all sorts of interesting boats, like the skiffs or Chinese dragon boats. 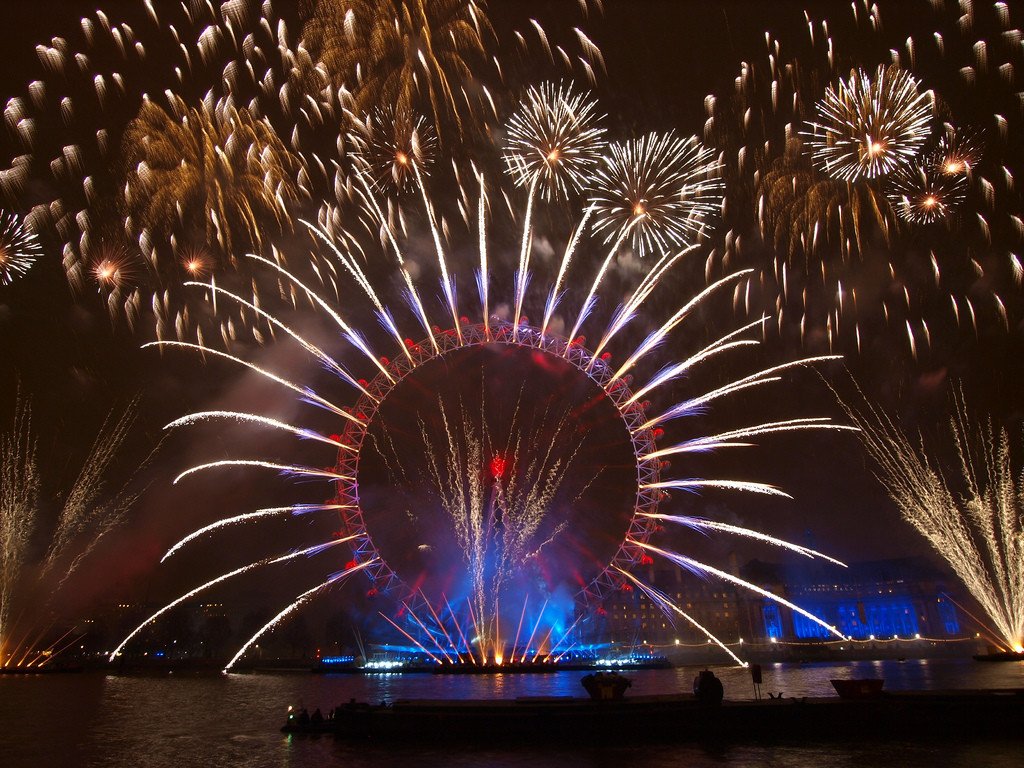 The next event on our list would be the Bonfire Night, which is held in November. This event marks the anniversary of the event that happened all the way back in the November of 1605 when Guy Fawkes tried to blow up the Parliament and kill King James I. People are lighting bonfires and setting off colorful fireworks, creating a night that is pretty hard to forget. Be sure to stay awake during this night if you find yourself in London during November! 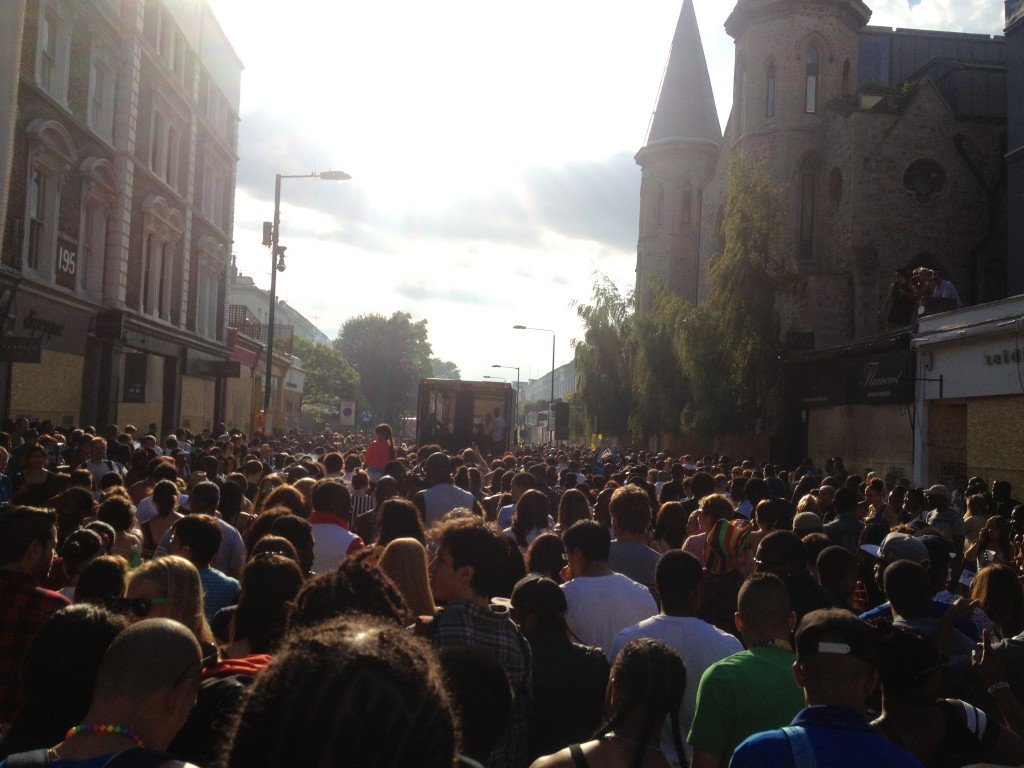 The Nothing Hill Carnival is an event filled with costumed participants that are marching through the streets while playing their drums, and also with various live bands that are performing on the stages that are along the carnival’s route. It has been held in August every year since 1966, and it takes place in Nothing Hill, which is a district that can be found in the west of the city. You’ve probably heard about the 1999 movie of the same name.

Address: Nothing Hill (Royal Borough of Kensington and Chelsea) 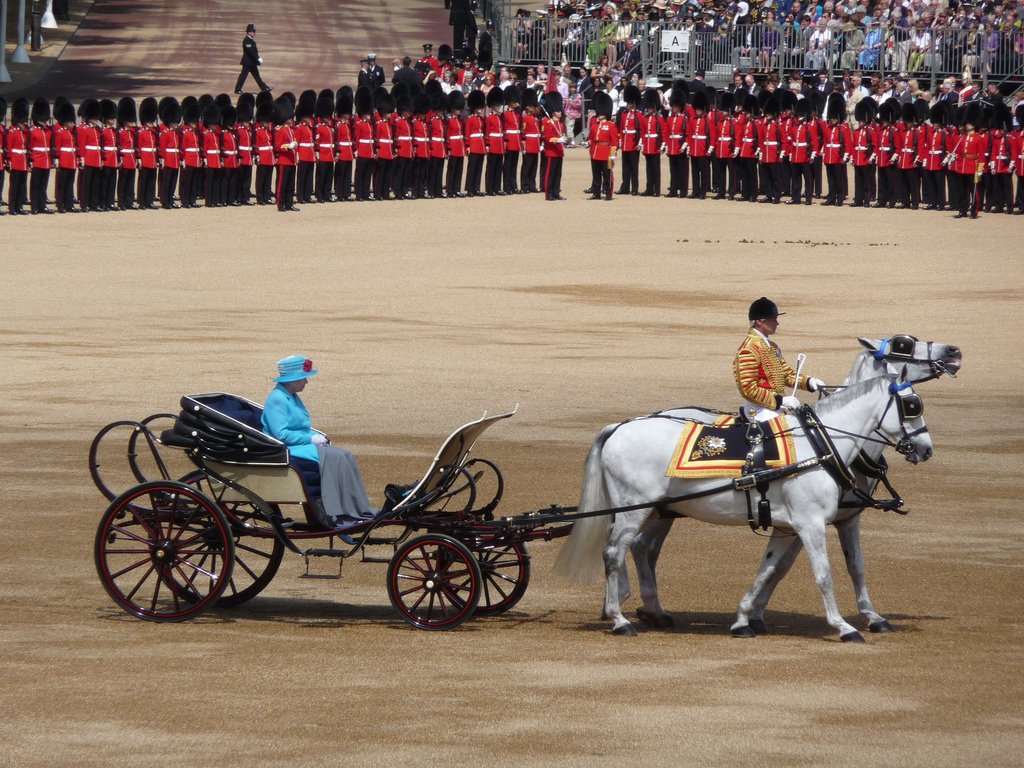 This is an annual event that marks the official birthday of the sovereign of the United Kingdom, being held in June of every year (even though the Queen’s birthday is in April). In this event, the British troops parade in front of the public and the Royal guests, carrying the flags of their battalions and passing them between themselves. The Queen is always there to inspect the troops, and the whole procession moves from the Buckingham Palace and back starting at ten o’clock in the morning. 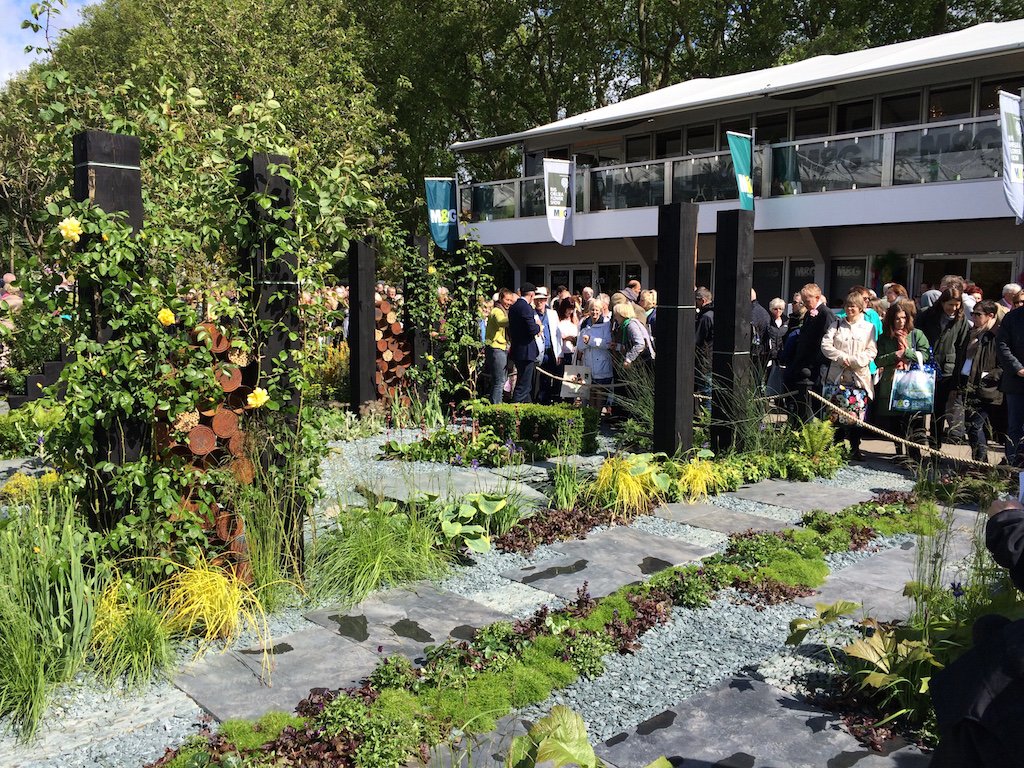 As already mentioned in the prolog of this article, this event is not to be missed if you like flowers. The Chelsea Flower Show is held every year in May, on the grounds of the Chelsea Hospital. It lasts five days and showcases thousands of flowers, vegetables, trees, herbs and all other sorts of flora that come from over 500 horticulturists around the planet. It has been held ever since 1913 and is sponsored by Royal Horticulture Society – be sure to pay a visit! 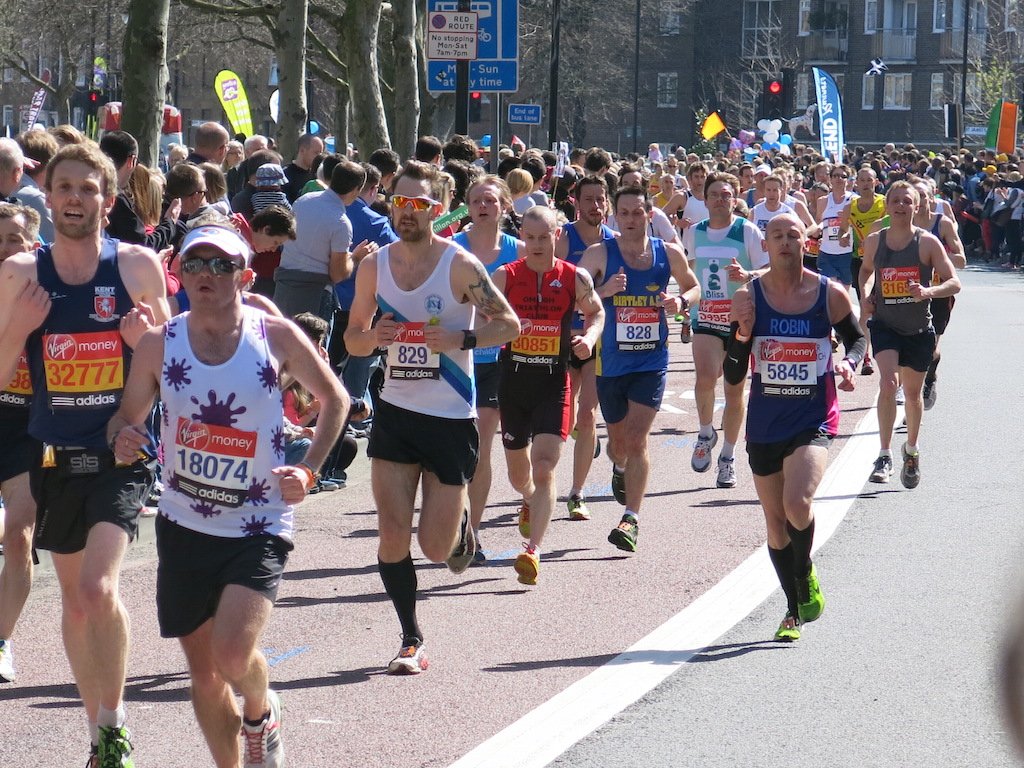 The London Marathon is one of the most famous marathons on the planet, being held in April of every year. It was founded in 1981 by Chris Brasher, who was a former Olympic champion, and John Disley, an athlete, and today attracts an incredible number of thirty million runners from all around the world, both amateur and professional. The marathon spans forty thousand kilometers, passing near some pretty important landmarks of London and being observed by thousands of curious spectators. 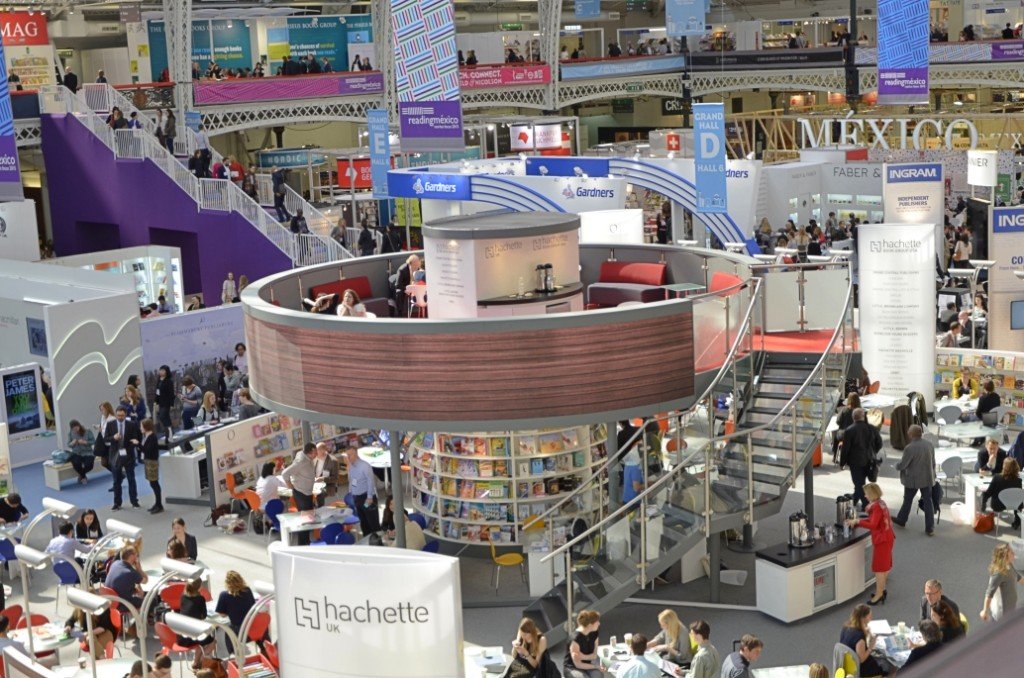 The next event on our list of the Best London Events would be the London Book Fair, being held in April at the Earl’s Court Exhibition Centre (just north of the Brompton Cemetery). It was first organized back in 1971 when it carried the name of The Specialist Publishers Exhibition for Librarians. It is now an annual event which attracts a great number of visitors since they can see and buy many interesting books written by many famous international writers. 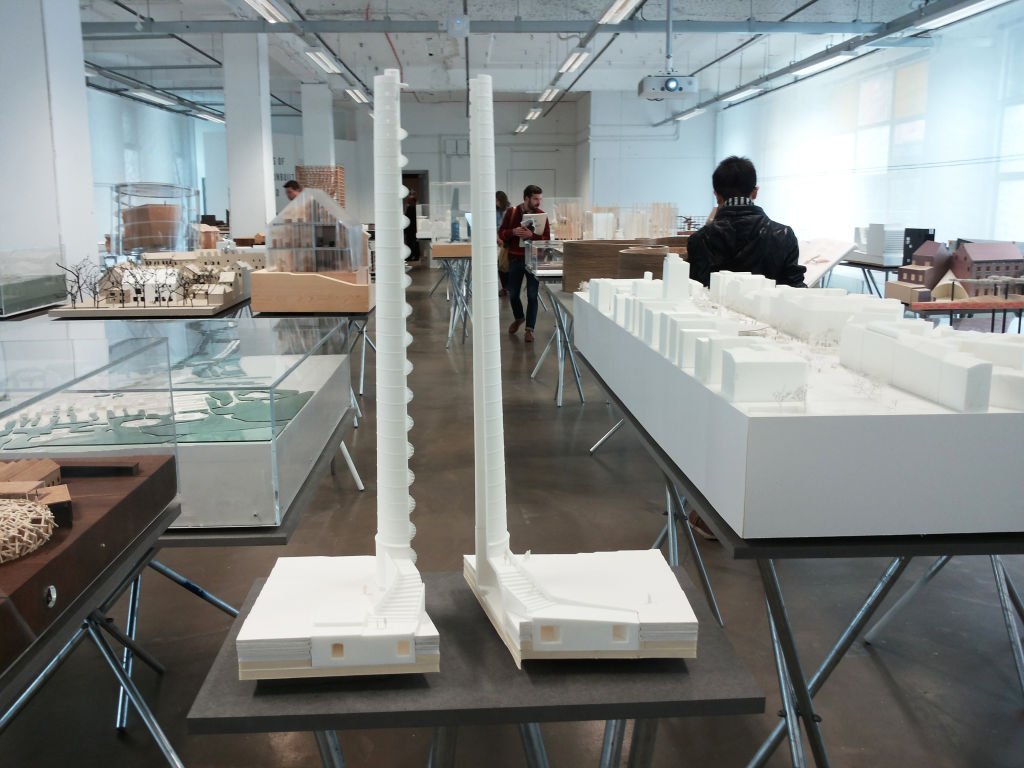 This is a month-long celebration of the architectural experimentation, practice, and thinking, that is held everywhere around London. It was first held in 2004, but it became an annual event only after the 2013 festival. It presents the latest innovation when it comes to design and architecture, bringing a great number of various exhibitions, shows, debates, tours, and all other sorts of activities. As expected, this festival attracts many designers, engineers, and architects who come here from all over the world. 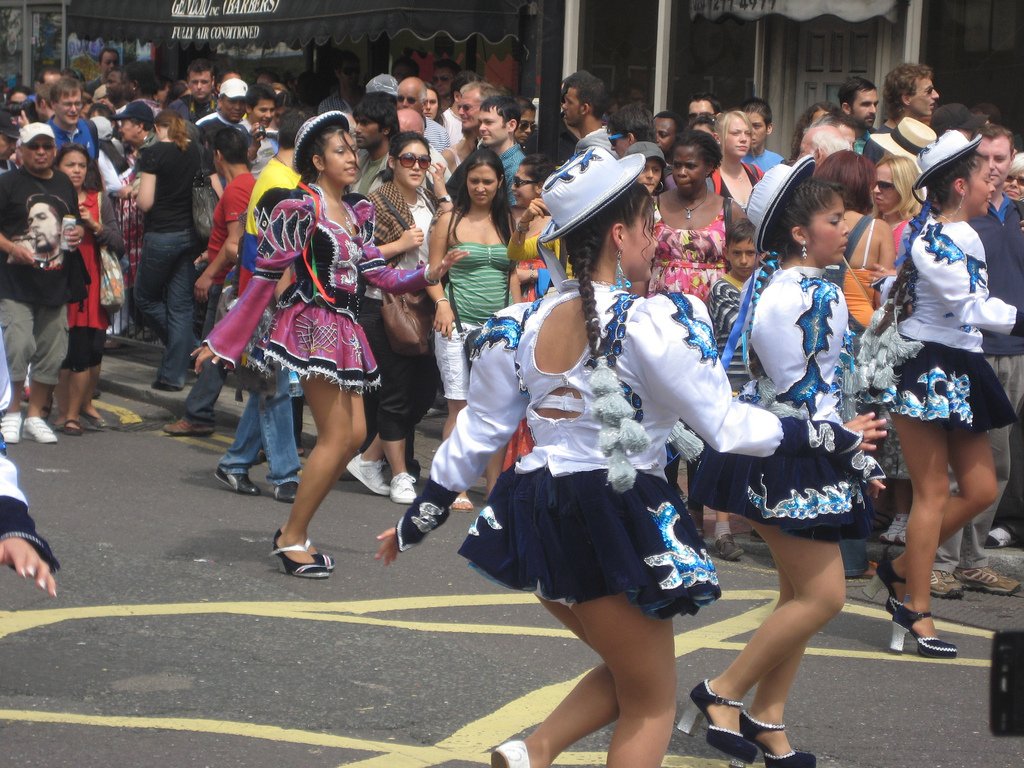 As you can guess from the name, this festival is dedicated to Latin culture and is being held in the Burgess Park, every first week of the August. It brings the cultural heritage of 19 Latin American countries to London, by promoting music, dance, gastronomy, and literature. It is a very dynamic and vibrant event, which is certainly something to be expected since it involves South and Central America. Be sure to pay a visit – you surely won’t regret it! 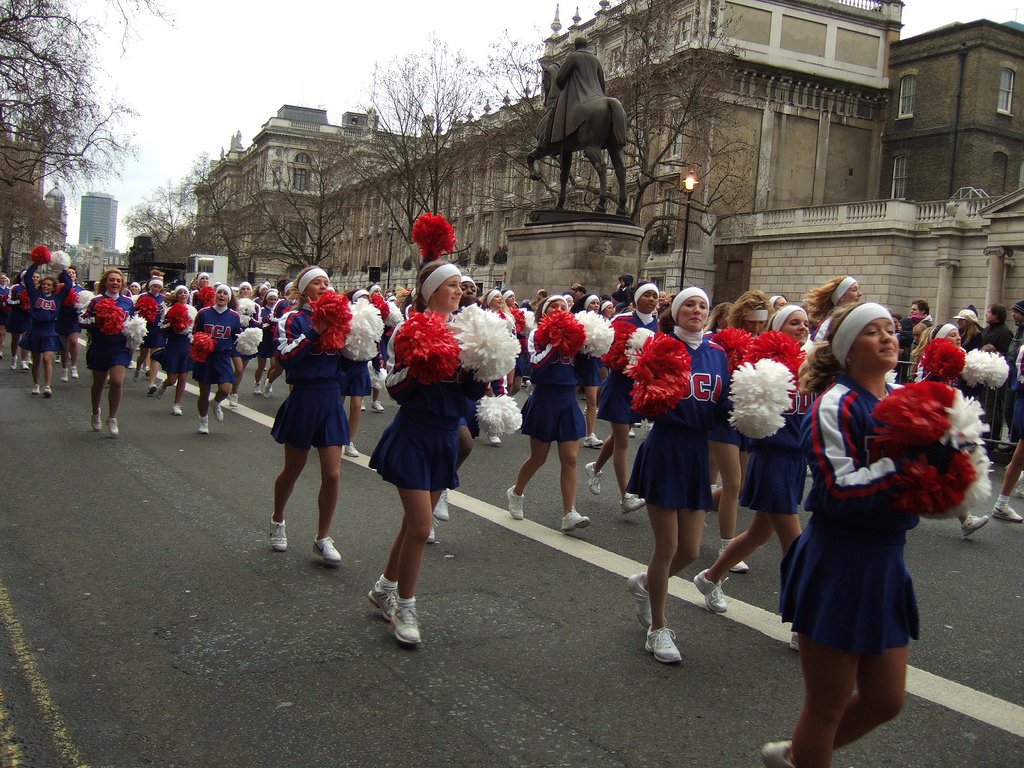 This event is held every 1st January of the New Year, bringing a huge procession that goes through the streets of England’s capital, and is being attended by millions of people. The parade has been held ever since 1987, and now has an established path – it starts next to the famous Ritz Hotel and goes through some well-known districts and parts of the city, like the Piccadilly Square or the Regent Street. It is by far the biggest event of this kind on the planet.