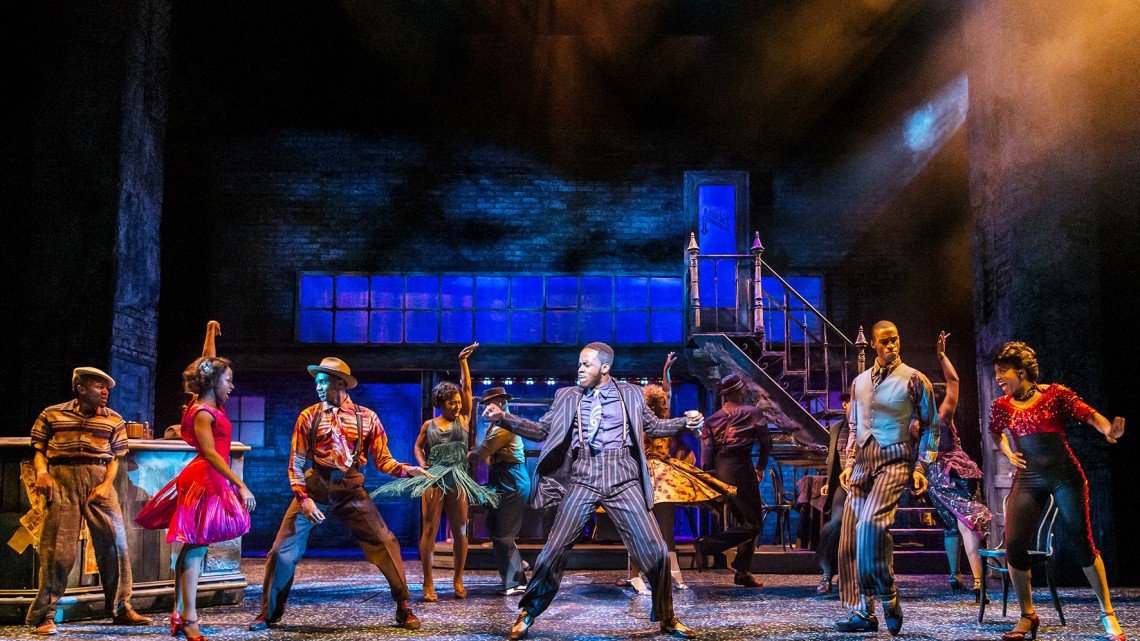 Do you like the pleasure of attending a good show? If you do, and you happen to find yourself in the capital city of the United Kingdom, do yourself a favor and visit one of the Best Shows in London. We’re bringing you a list that will help you take a good look at which shows are worth attending right now, bringing you all sorts of musicals, plays, and other entertaining events. You’ve probably heard about some things from our list – for example, London is now the host to one of the global stage sensations called Les Misérables, which is yet another adaptation of the famous novel written by Victor Hugo in 1862. There are, of course, some of the more lively things, like Thriller, which is a musical tribute to the famous Michael Jackson and can be seen in its live version at the Lyric Theatre – we certainly think that you should pay it a visit if you find some free time! As you can see, London is definitely one of the best places in Europe if you’re interested in various musicals and plays, so be sure to check out the Best Shows in London: 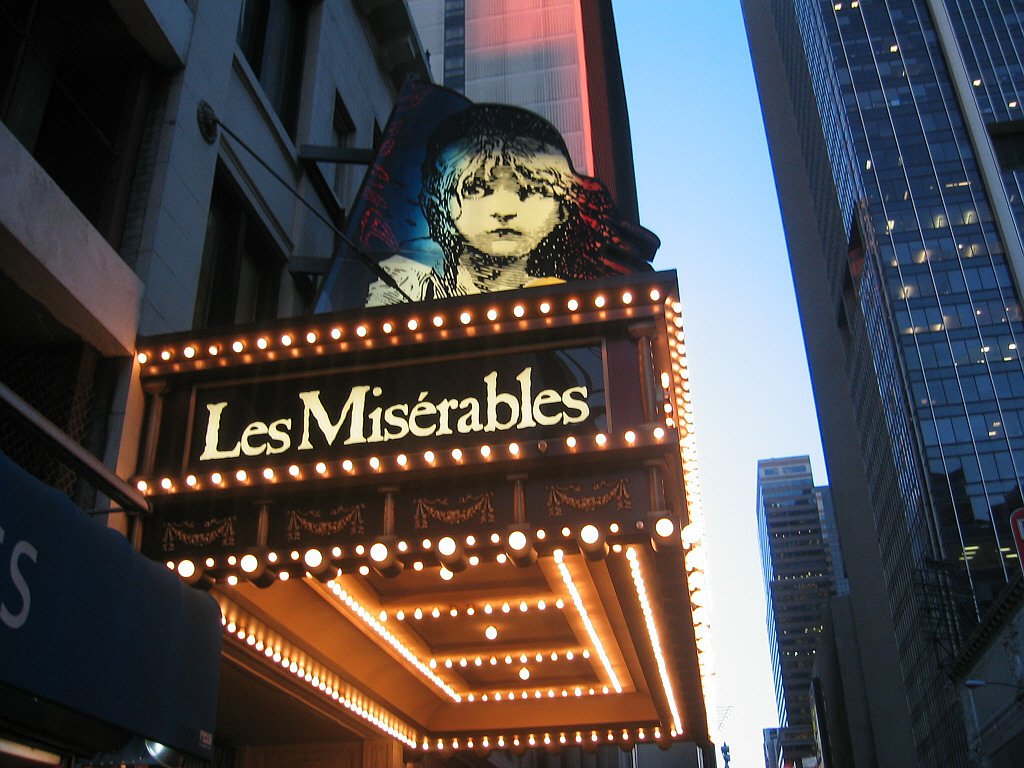 As already mentioned in the intro, this is a musical adaptation of the famous novel which was written by Victor Hugo and published all the way back in 1862 for the very first time. This novel is considered to be among the greatest written works of the 19th century. This musical has been seen by over 70 million people all around the world and has been translated into 22 languages, breaking many box offices and certainly being worth your free time! 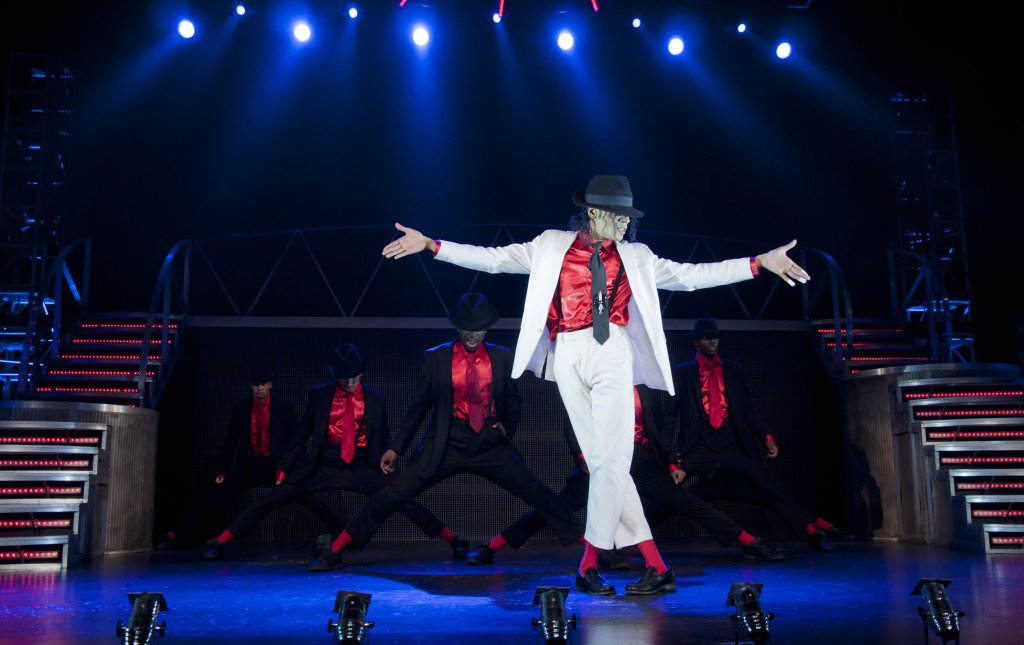 Rare are the people who never heard about Michael Jackson. He was one of the best singers in the history, being a symbol of the 1980s and called King of Pop, the true global figure who now has a live musical tribute that can be seen at the Lyric Theatre, after three tours through the United Kingdom. It celebrates the career of this musical icon and you can you surely expect to have a great time – there will be two hours of his greatest hits! 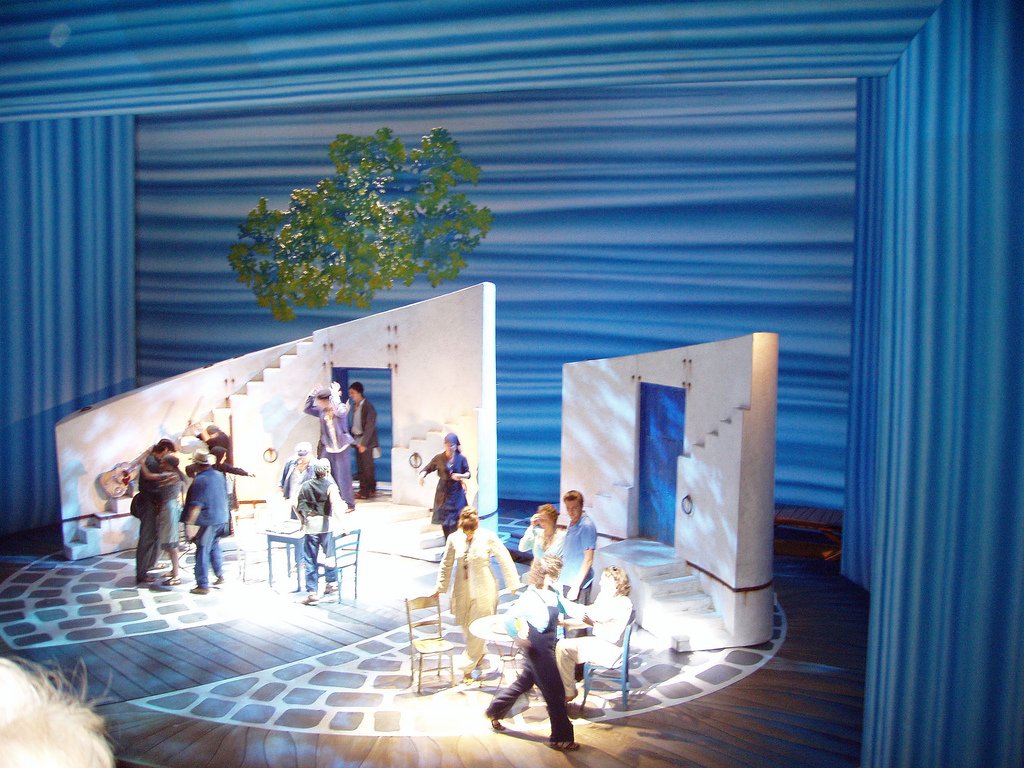 The third show to see on our list of the Best London Shows is Mamma Mia, and you can already guess that this is a musical tribute to one of the best pop rock and disco groups of the 1970s – ABBA. After winning the Eurovision in 1974, these guys and girls sold over 300 million albums, and this musical was seen by at least 10 million people all over the world – pay a visit and enjoy the great music of ABBA! 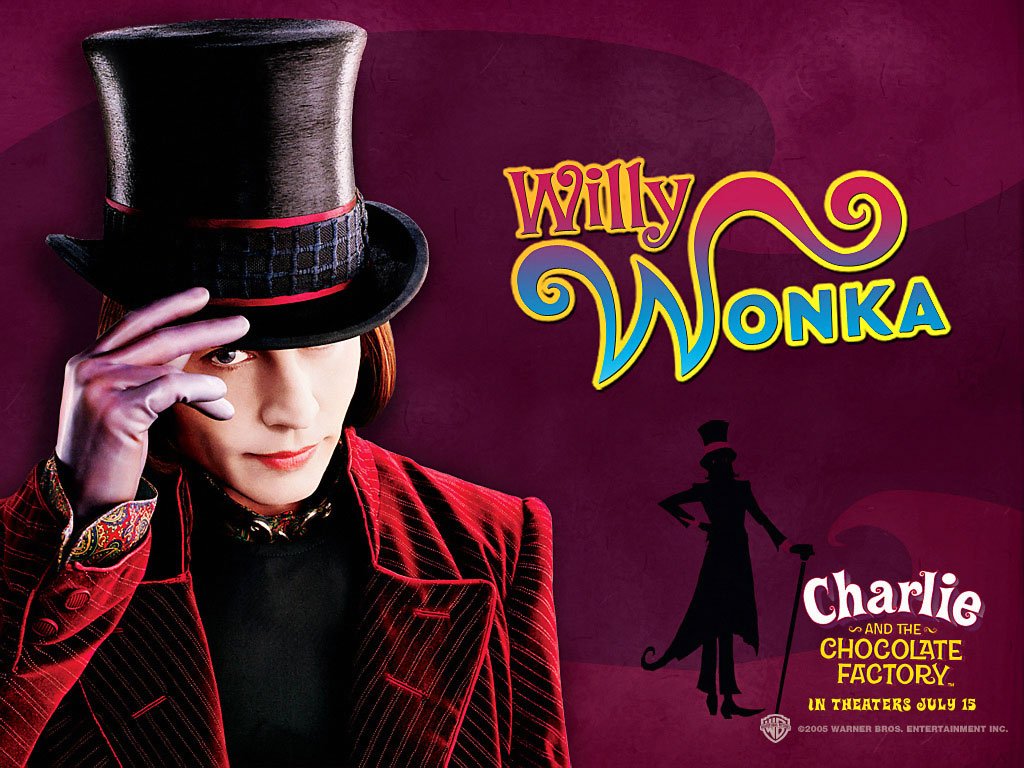 This particular musical is the adaptation of the 1964 book that was written by Roald Dahl, following a story of the boy named Charlie Bucket and his adventures in the chocolate factory owned by the eccentric Willy Wonka. The musical itself is directed by the famous Sam Mendes, who directed the last two James Bond films (Skyfall and Spectre) as well as the masterpieces such as the American Beauty and Road to Perdition. It’s a spectacular musical show bringing things like a chocolate garden and armies of squirrels.

5. The Phantom of the Opera (Her Majesty’s Theatre) 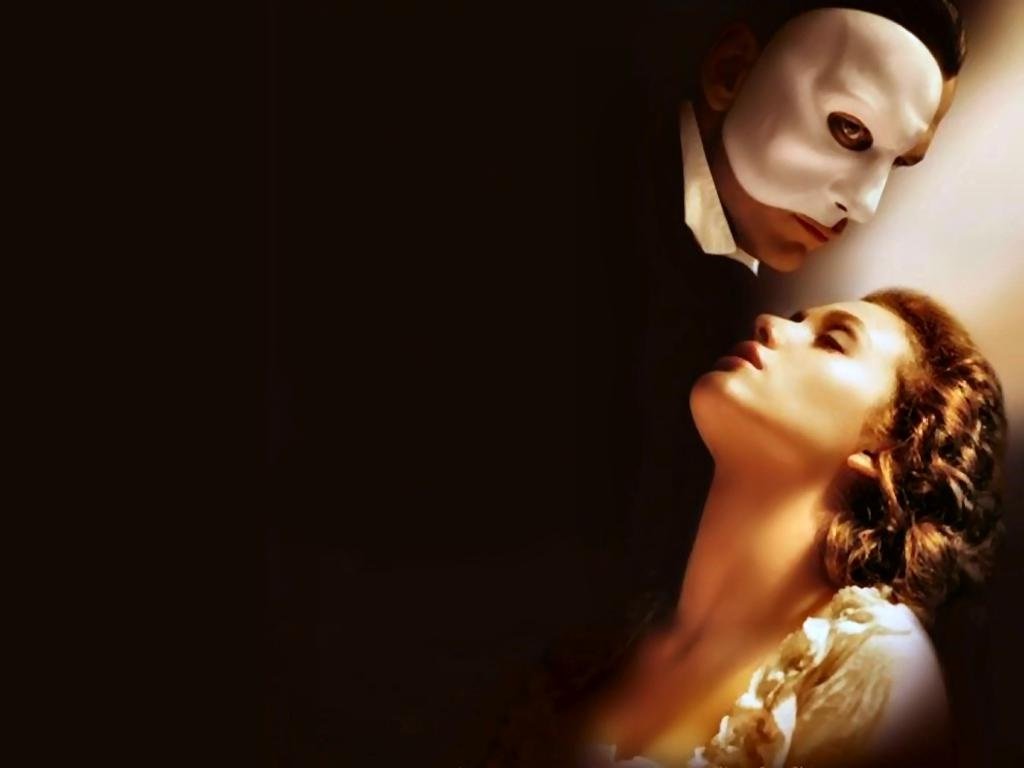 You’ve probably heard about the Phantom of the Opera. It is a novel written by Gaston Leroux in 1910, inspired by the events that happened in the Paris Opera in the 19th century, and it has been adapted in numerous dramatic and literary works during the 20th century. The musical that we’re talking about is directed by Andrew Lloyd Webber and brings an enchanting score, as well as some amazing special effects. It can be seen at Her Majesty’s Theatre. 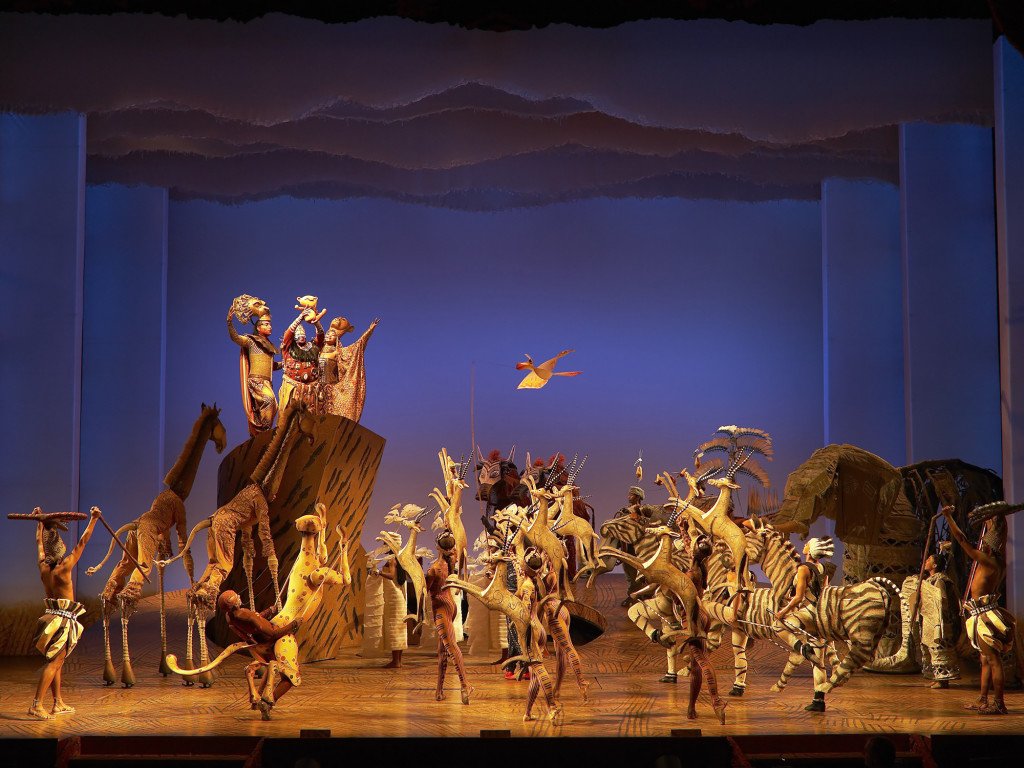 The Lion King is one of the most-loved Disney cartoons, released back in 1994 and bringing an epic story of Simba, who is a young lion destined to become a king of the animals. The film was highly praised for the story, animation, and music, and this musical is yet another great adaptation that this brings the music done by Elton John, as well as some amazing costumes and outstanding special effects. Do you love the rhythm of Africa? Be sure to see it! 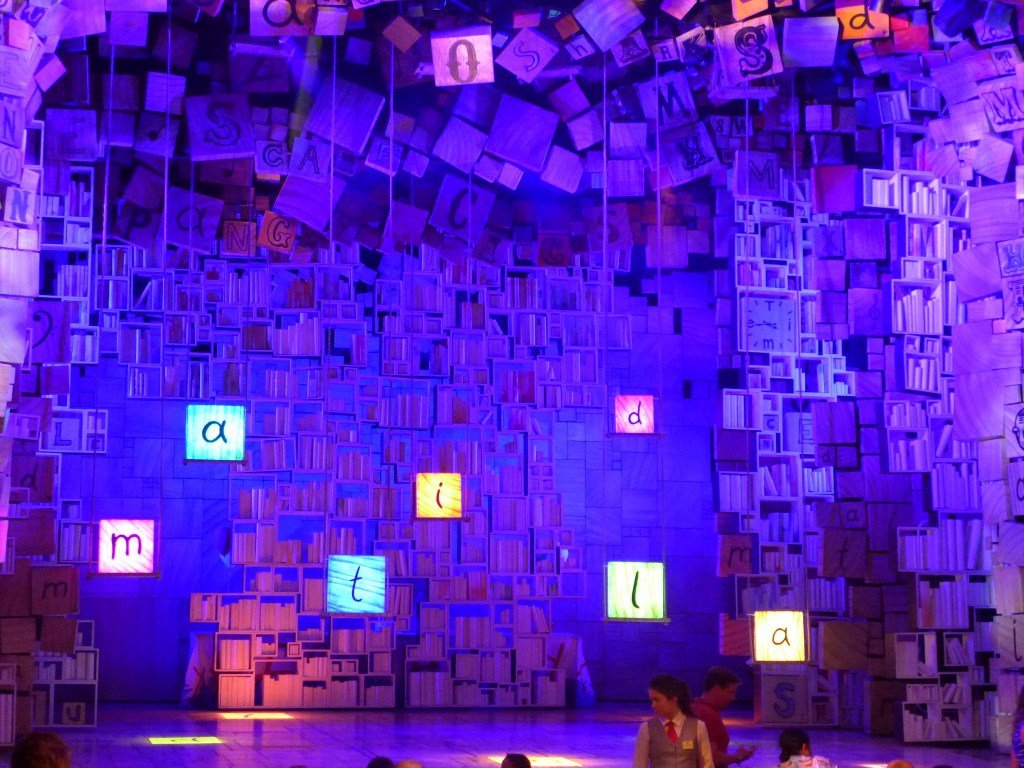 Matilda is yet another novel written by the famous Roald Dahl, telling the story of a young girl who finds out that she has a power of telekinesis. This novel has been adapted into numerous stage plays, and the most famous adaptation would probably be the 1996 film, which was directed by Danny DeVito. This musical is done by the Royal Shakespeare Company and is a great opportunity for families with children to have a great deal of fun. 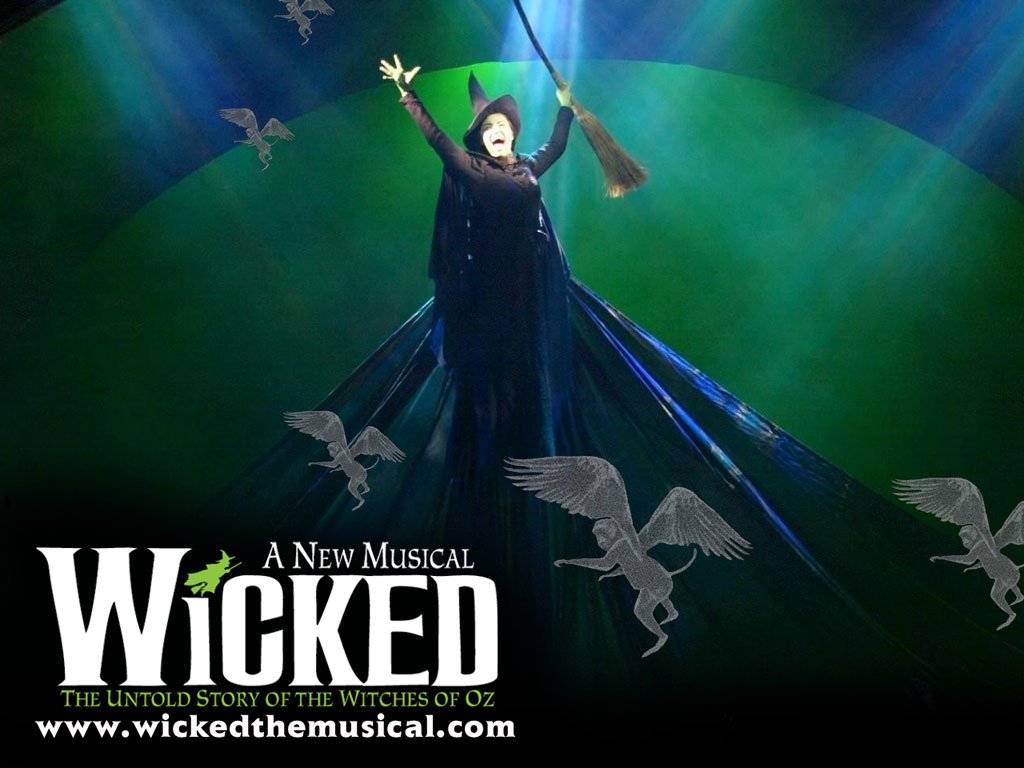 The next London show worth seeing would be the Wicked, which is an adaptation of the 1995 novel written by Gregory Maguire. This novel is very interesting – it takes a revisionist look at the characters and land from the famous 1900 novel The Wonderful Wizard of Oz, changing situations and characters from the original work. The musical has been awarded many times and is surely worth taking a look at if you’ve seen the famous 1939 movie at least once.

9. The Book of Mormon (Prince of Wales Theatre) 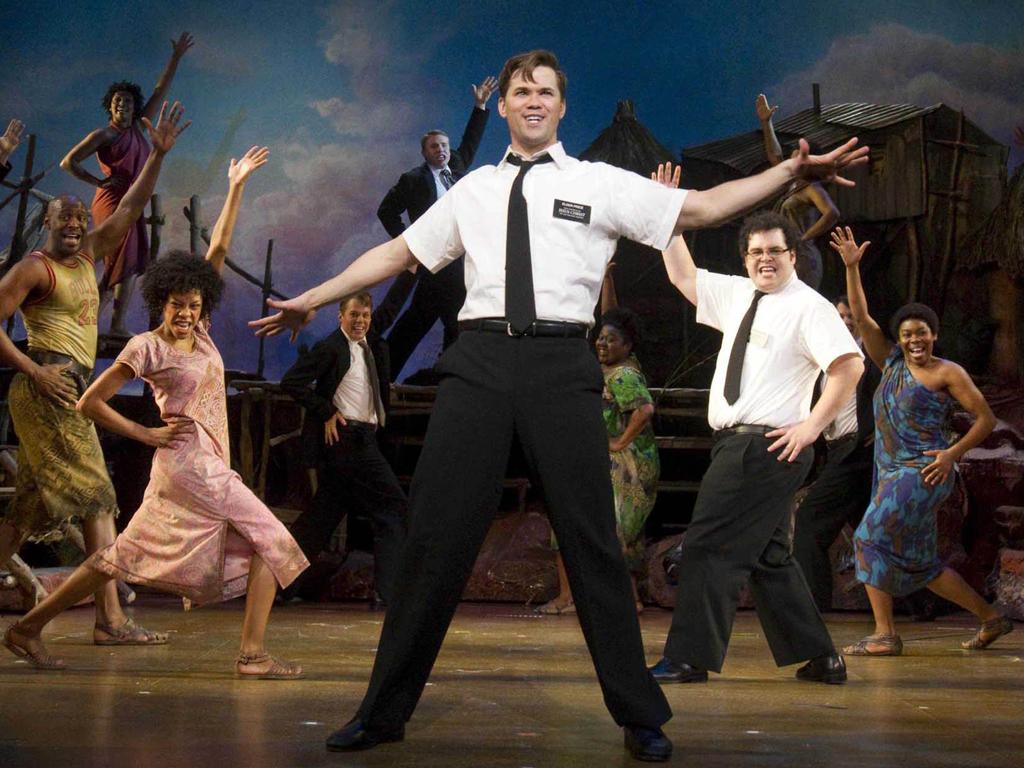 The Book of Mormon is definitely worth seeing. This work of art is created by the guys who are behind the South Park, Matt Stone and Trey Parker, in co-operation with Robert Lopez (a songwriter). It tells the story of the two Mormon missionaries who come to a village in the north of Uganda and try to share the famous Book of Mormon, by the locals have big problems and aren’t really interested in religion. This Broadways hit has won 9 Tony Awards. 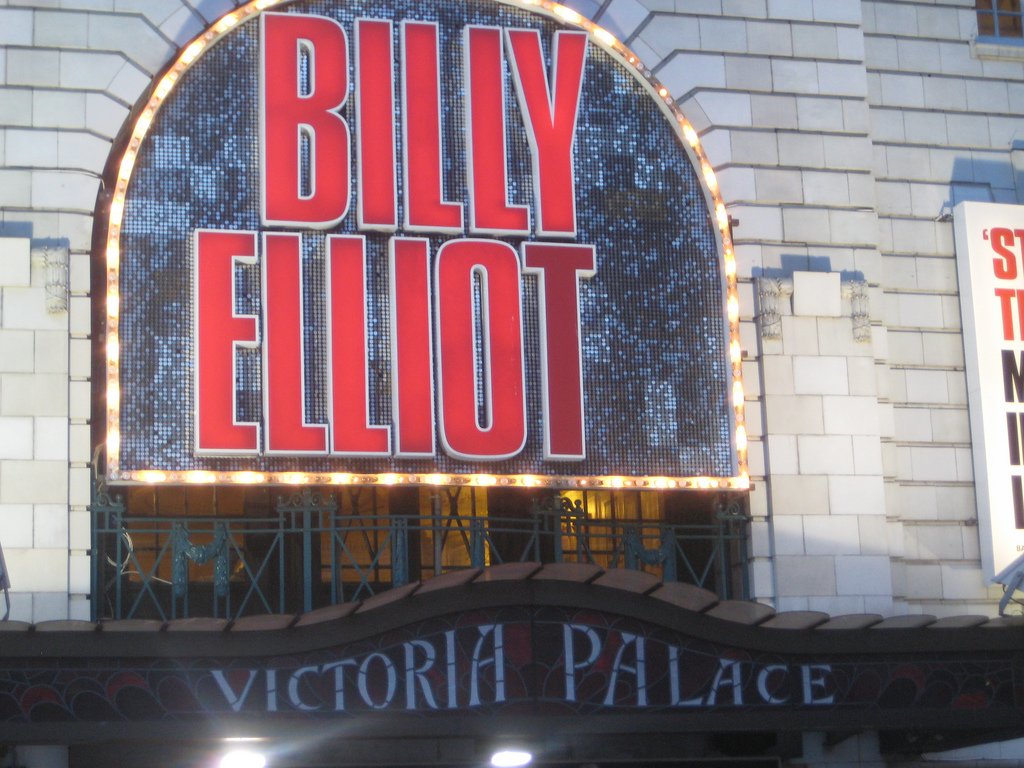 This musical is the adaptation of the famous British film of the same name, which was released in 2000, being set in North-Eastern England during the 1980s and telling the story of the boy who finds that he has an unexpected love for dancing. The main star of the movie was then-young Jamie Bell, and the musical itself features the music of Elton John, with the director seat taken by Stephen Daldry. It can be seen at the Victoria Palace Theatre. 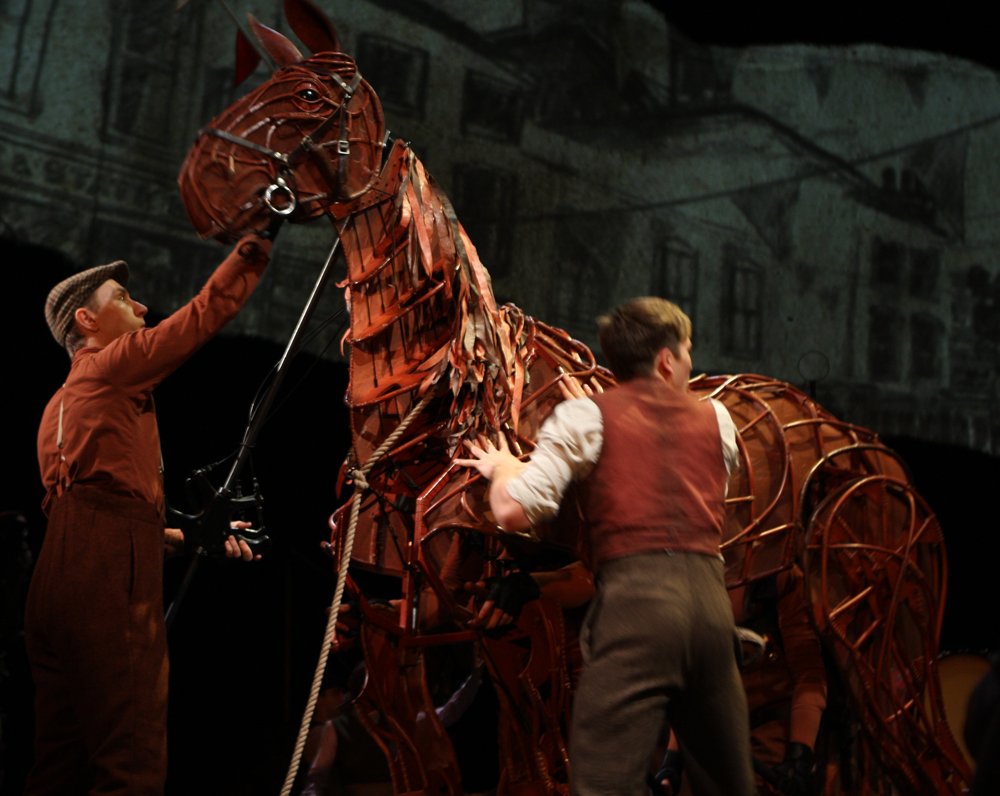 Yet another musical based on a novel, the War Horse tells the story of the boy who sets out to find his horse which was sold to the cavalry at the beginning of the First World War. The original novel was published in 1982 and is now adapted in an award-winning novel which wows the audiences of the West End. It is a gripping journey done by the famous Handspring Puppet Company, and it definitely deserves your attention – especially if you love animals. 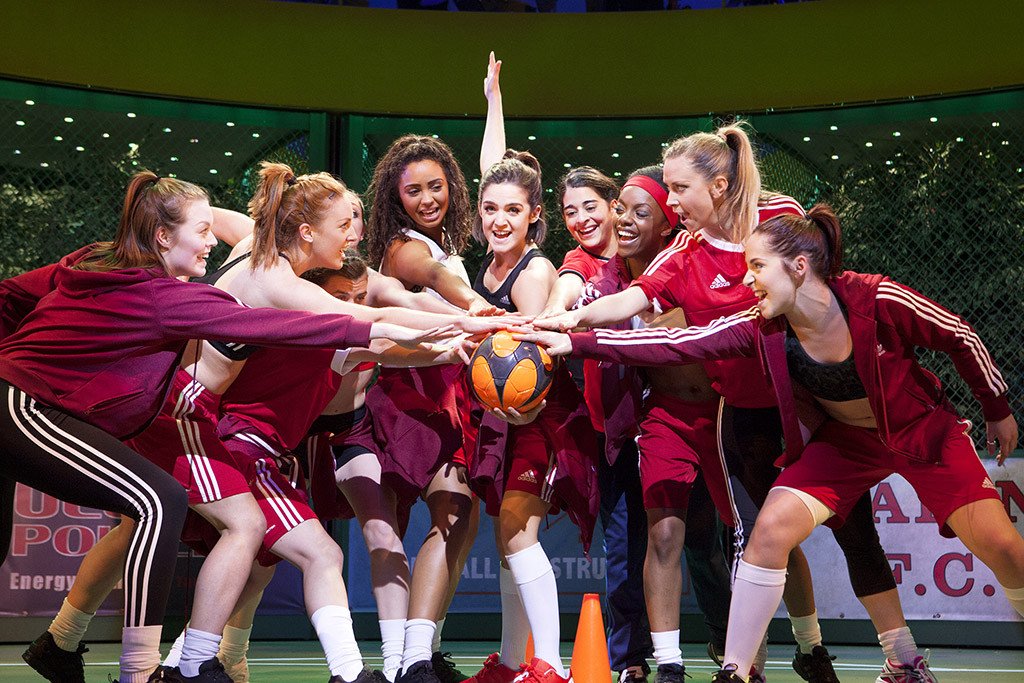 Bend it Like Beckham is a musical based on the hit film of the same name, telling the story of jess (Natalie Dew) who is from a Punjabi family which lives in West London, with this girl idolizing the famous football player David Beckham. She finds herself on the crossroads of life, having to choose between the university and the football glory. It is a vibrant new production that brings many new talents to the stage and features an original score. 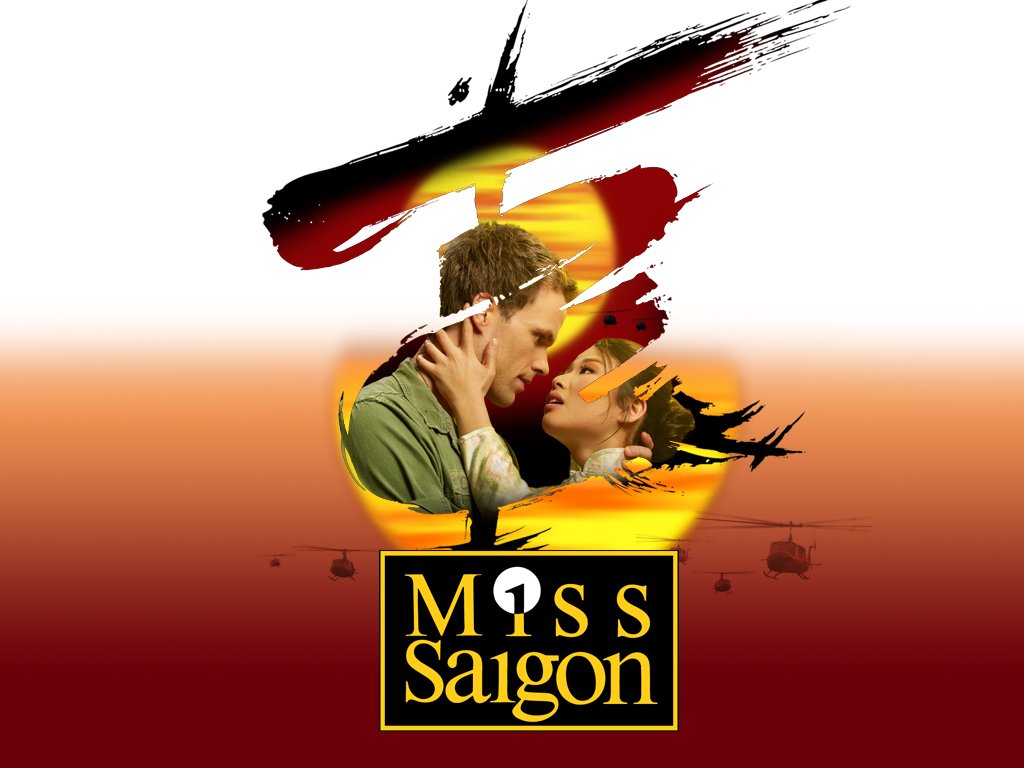 As you can guess from the name, the story of this musical is set during the War in Vietnam, in this case during the final days of the US occupation of the city of Saigon. It is a love story of the relationship between the young woman from Vietnam and an American soldier. Ever since it premiered in 1989, this musical was very successful and has been performed in almost 30 countries and has been translated into 15 different languages. 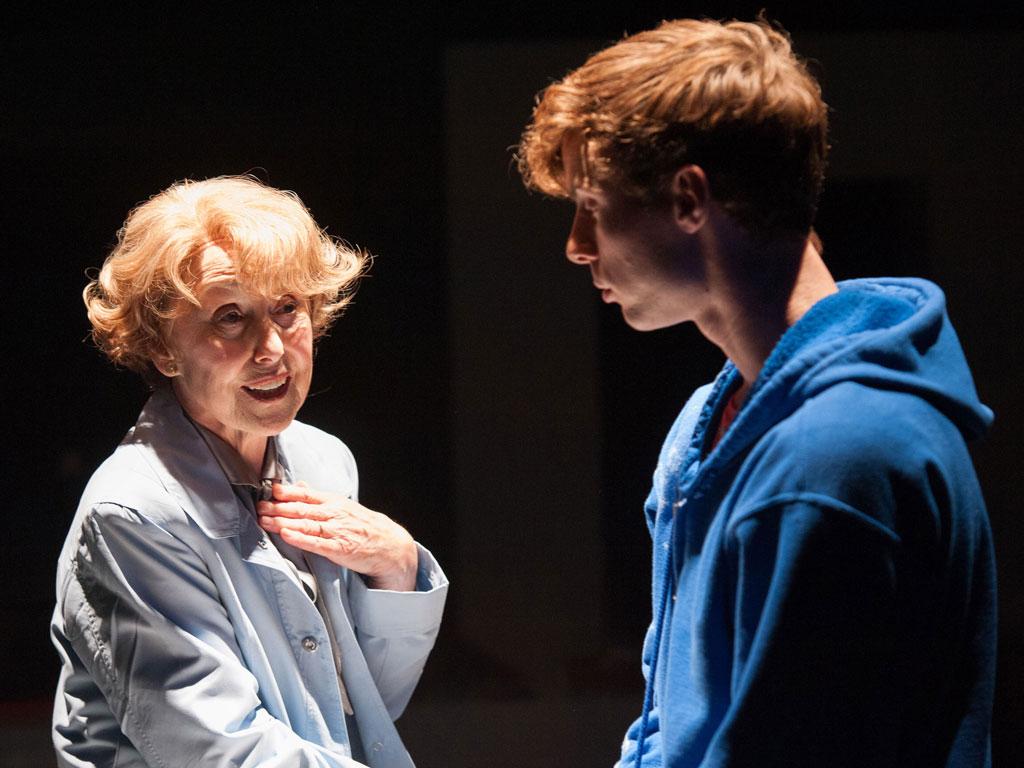 The full name of the novel upon which this adaptation is based is The Curious Incident of the Dog in the Night-Time, written by Mark Haddon in 2003 and tells a darkly comic tale told from a perspective of a young autistic boy, who discovers the truth behind the history of his family. The novel has been adapted by Simon Stephens, an awarded playwright, and Marianne Elliot, directing the production. It is a moving tale which can be seen at the Gielgud Theatre. 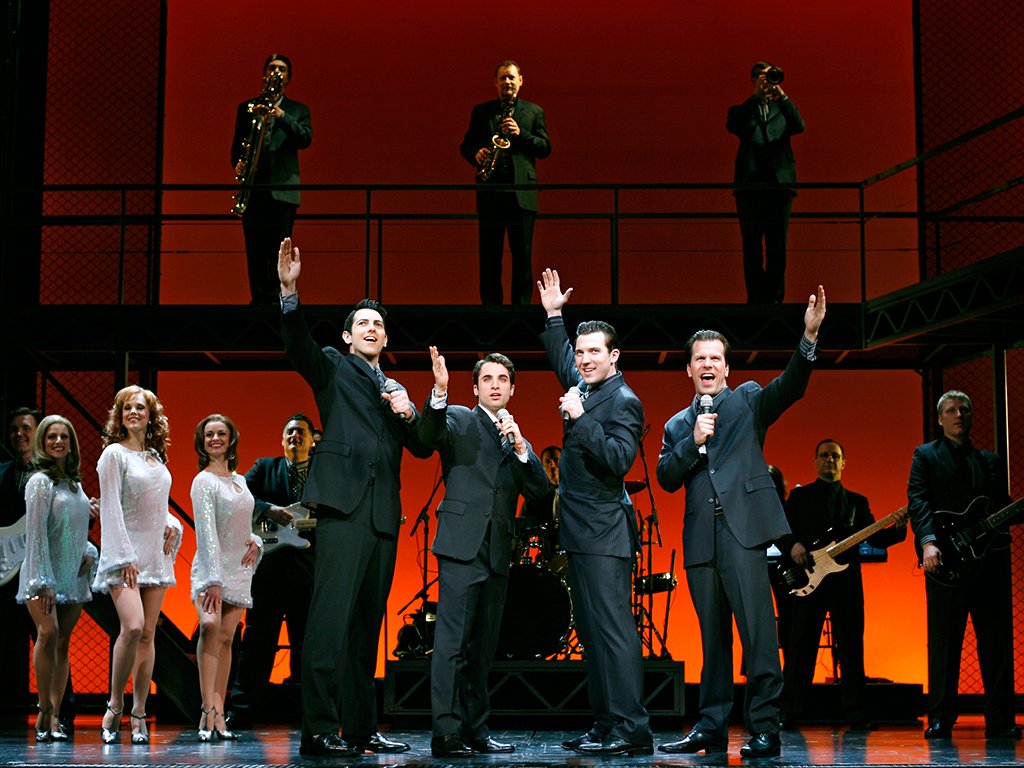 The last show on our list of the Best London Shows is the Jersey Boys, directed by the awarded Des McAnuff and telling the “Rags-to-Riches” type of story about of boys who work their way up from the Newark streets to the stardom. This musical is a huge hit, as it had over 1500 performances in England’s capital and has been seen by a million and a half people, having songs such as “Oh, What a Night” and “Big Girls Don’t Cry”.