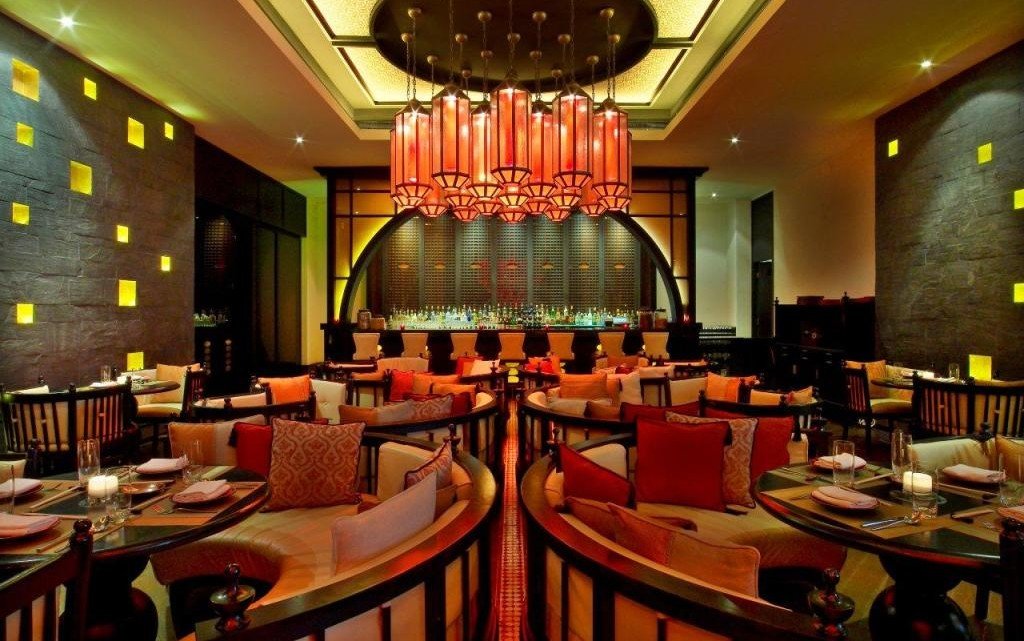 When one comes to London, he can easily get stunned by how many eateries this city has. There are literally hundreds of them, featuring all kinds of international cuisines and offering their meals in various interiors and for different prices. As there is a great number of luxurious hotels in London, the same can be said for the restaurants – some of these expensive eateries are situated inside the hotels, like, for example, the Alain Ducasse, which is the prestigious restaurant of the world-famous Dorchester hotel. In our article on top luxurious restaurants in London, you will be able to read about thirteen of the ultimate London eateries, offering everything that one might expect for high prices – and this includes the most delicious meals in existence, the impeccable service, as well as the interior (or in other words – the dining room) that features the most lavish decorations and creates an atmosphere of luxury and high-life. We were pretty dizzy after visiting all of these places – the level of service that they offer is simply overwhelming, and it certainly wouldn’t be a problem for us to eat in these eateries for the rest of our lives. Take a look at the top luxurious restaurants in London: 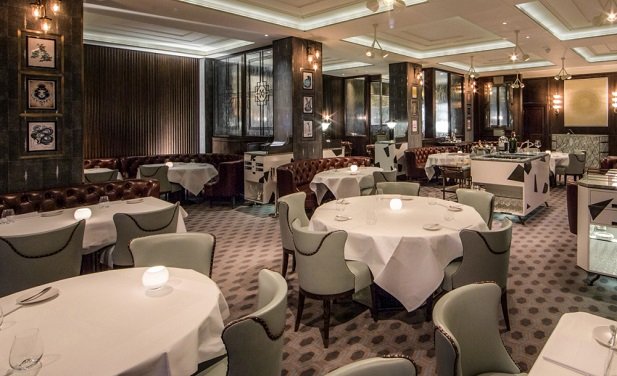 We will start off the list by taking a look at the Marcus restaurant, which can be found inside one of the most luxurious hotels of the city – in the Berkeley, which is situated at the WIlton’s Place, London. This restaurant was opened in the recent times – in 2008, and immediately became known as one of the most luxurious eateries in England’s capital, featuring the delicious English meals as well as the lavish interior and the great service. 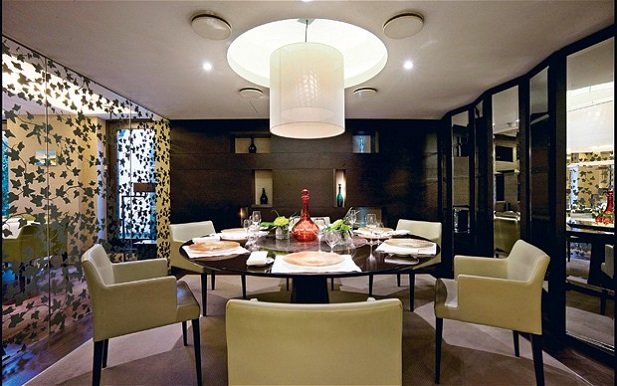 The next luxurious restaurant on our list would be the Greenhouse, which specializes in the most delicious dishes of the famous French cuisine. This place can be found in the posh district of Mayfair, on the tree-lined street of Hay’s Mews. It is definitely a place worth visiting, since the head cook, Arnaud Bignon, is a guy who knows what he’s doing and produces amazing meals, created by using the best of the English ingredients. The three-course menu at the Greenhouse will cost you around eighty pounds. 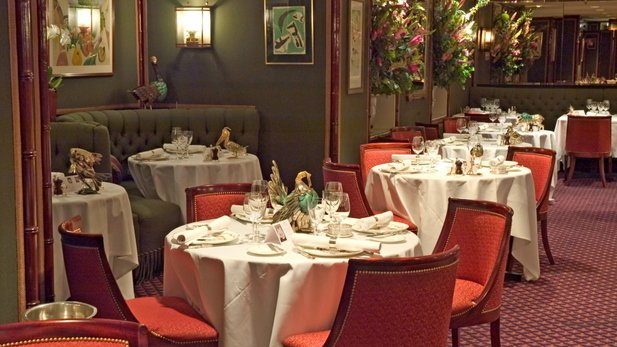 Le Gavroche, which means urchin in English, is one of the finest French restaurants in the city. It can be found on Upper Brook Street, which is just east of the famous Hyde Park, where it stands as the luxurious eatery which offers the guests to try the wonders of the French cuisine, with the addition of some English dishes, like the Cumbrian veal. This place was opened in 1967 and ever since then serves the customers who leave this place thoroughly satisfied. 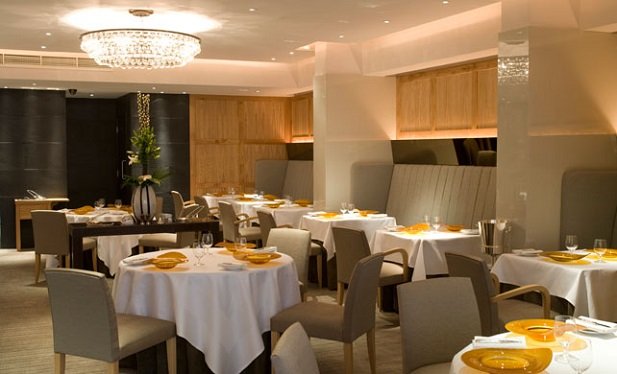 The Hibiscus can, like many other restaurants on our list, be found in the posh London district of Mayfair, located on Maddox Street and serving French meals – just like Le Gavroche. The kitchen of the Hibiscus restaurant is headed by Claude Bosi, a true maestro who makes French dishes even better than they originally are. Here, one can try the chocolate tart, the suckling pig, the sweet potato fondant, and many other fine things, all of which are pretty delicious. 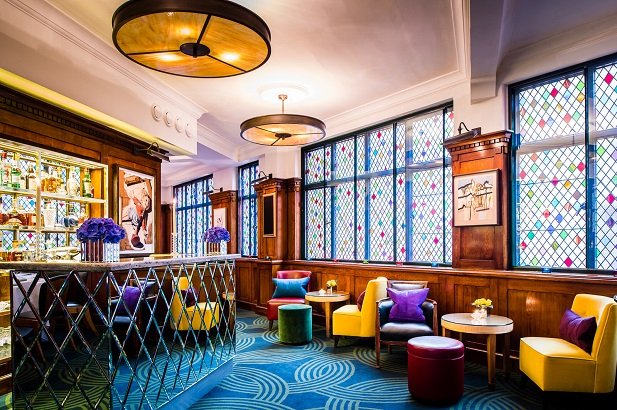 Everyone knows about the Ivy – this place was THE restaurant during the nineties and early 2000s, as it was frequently visited by many famous celebrities of the time. It is still one of the most famous and most luxurious restaurants of the city, located on West Street, in the vibrant area of Covent Garden. This place has the classic interior, including the dark wood panels and some interesting paintings. The cooking is, as expected, nothing short to brilliant – you will certainly enjoy eating here! 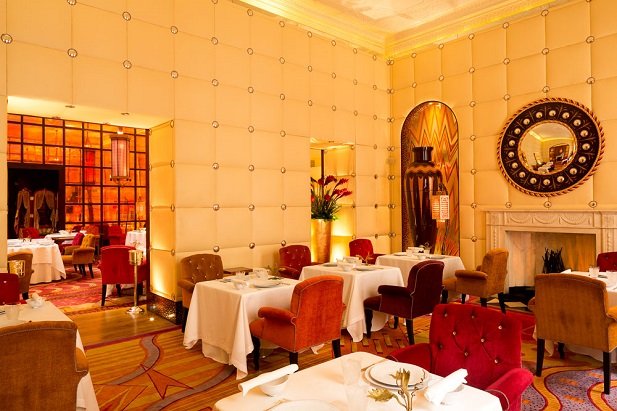 Even though it was opened pretty recently (in 2002), this place is already well-known as one of the most prestigious eateries in the whole area of Greater London. The Sketch Lecture Room is located in Mayfair and was opened by Pierre Gagnaire, who comes from Paris and was awarded a stunning number of twelve Michelin stars – you are guaranteed to enjoy his meals. The interior is lavish, just as we expected, and we would definitely recommend you to visit it. 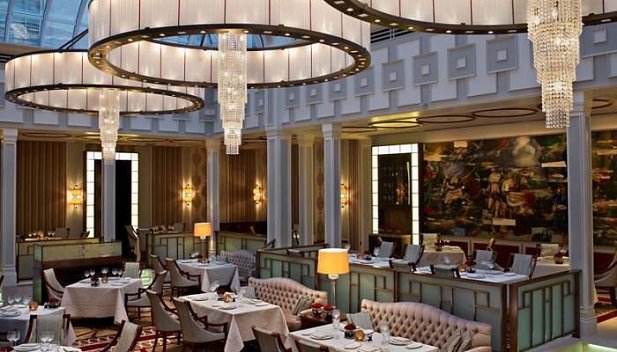 Like some other eateries in this article, the Apsleys is also situated inside one of London hotels, this time inside Lanesborough, which is well-known as one of the city’s most expensive hotels. The Apsleys offers the guests to try the best dishes of Italy, as the restaurant focuses on the Italian cuisine, but there are also some British meals on the menu. And when it comes to these British meals, you definitely have to try the Yorkshire lamb here – it’s amazing! 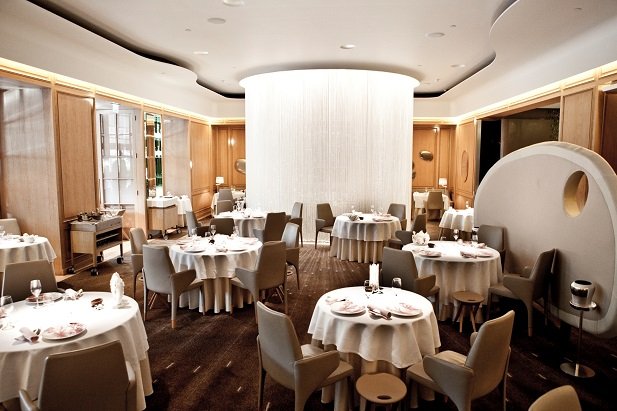 As we already mentioned in the intro of this article, the Alain Ducasse can be found inside the prestigious Dorchester hotel, where it stands as one of the best eateries not only in London but in the entire United Kingdom. They also specialize in the French cuisine, perfecting the dishes of this European country to the maximum, and then serving them in one of the most lavish dining rooms of the city. Let’s also mention the Lumiere table – sitting at it costs a stunning price of £200! 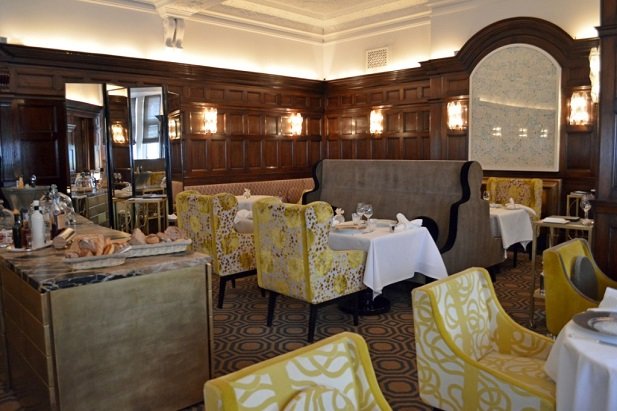 It’s pretty easy to guess from the name that this place is yet another French restaurant, this time, situated inside one of London’s luxurious hotels – the Connaught, which can be found at the Carlos Place. This elegant restaurant features the lavish dining room which has colorful fabrics and the beautiful dark-wood paneling, as well as the best seafood meals of the northern part of France that are cooked by professional cooks and then served by the staff that is really attentive and kind.

Address: W1K 2A / at the Carlos Place 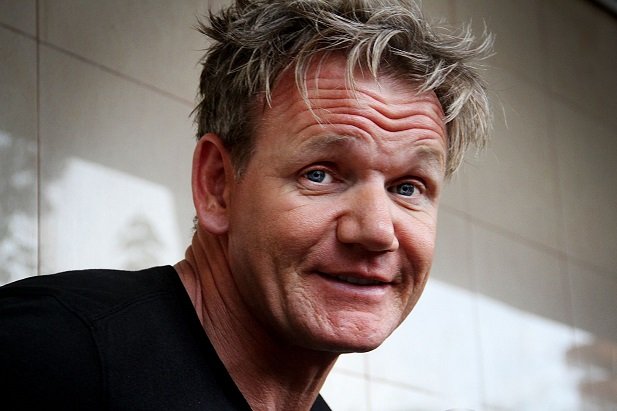 Everyone knows about the guy after whom this place got its name – he is one of the most famous cooks of the world! He also owns this luxurious eatery, which can be found on Royal Hospital Road, and you will know that it is a place worth visiting after we tell you that it has three Michelin stars, being one of just a few such eateries in London. Some of the best dishes here are the scallops, the Cornish turbot, and the delicious Scottish lobster. 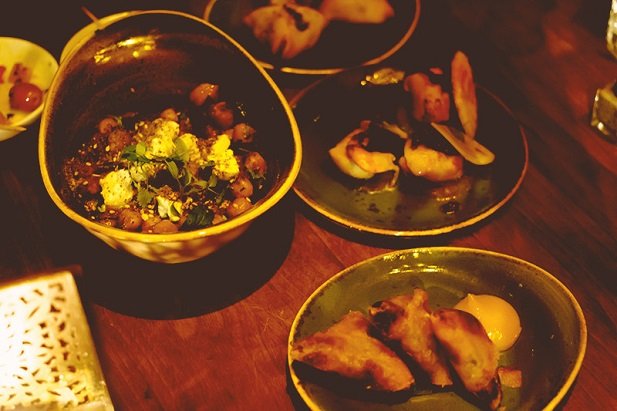 Now that we’ve seen that many restaurants on our list have either the British or the French theme and cuisine, let’s take a look at Momo, which specializes in the meals of – North Africa! Yes, the Momo will amaze you with the beautiful Moroccan interior that features decorations such as the latticed windows and the Arab soundtrack that plays in the background. The meals are truly delicious, and there is also a fine list of wines, which are, by the way, pretty pricey. 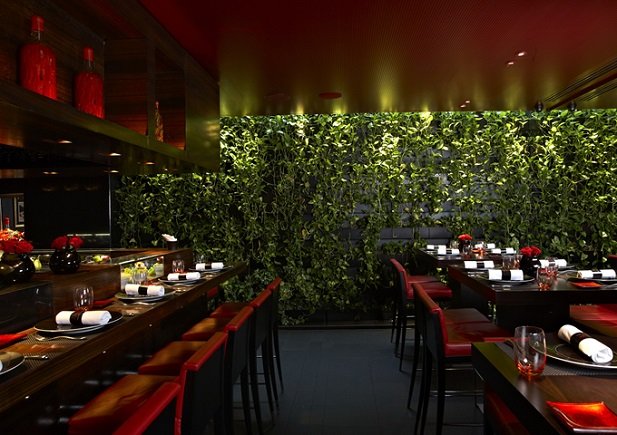 Yet another of the French restaurants, L’Atelier Robuchon can be found on West Street, headed by one of the best contemporary cooks – Joel Robuchon, who opened this place only ten years ago, in 2006. It is one of the most prestigious eateries of this area of London, with the starter menu starting at the stunning price of one hundred pounds. But you can be certain that this money is money well-spent, as Joel and his team cook meals that make you want to come back for more. 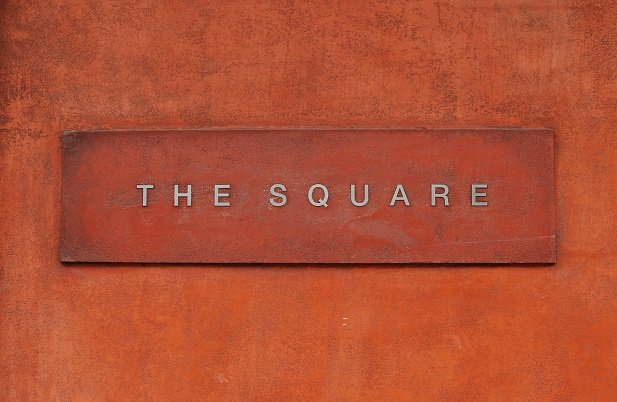 The last restaurant on our list also specializes in the dishes of France and is situated on the Bruton Street, where it opened in 1991. It made a name for itself by serving some delicious meals, with the three-course menu being pretty pricey – 90 pounds, but it’s certainly worth the money as there are dishes such as the Turbot fillets and the roasted lamb, with the addition of some tasty desserts like the strawberry shortcake. What more could one want?

Next post Top sky or rooftop restaurants in London